Six weird and wonderful Gibson models you forgot ever existed

Remember these less than successful cuts from Gibson’s back catalogue? 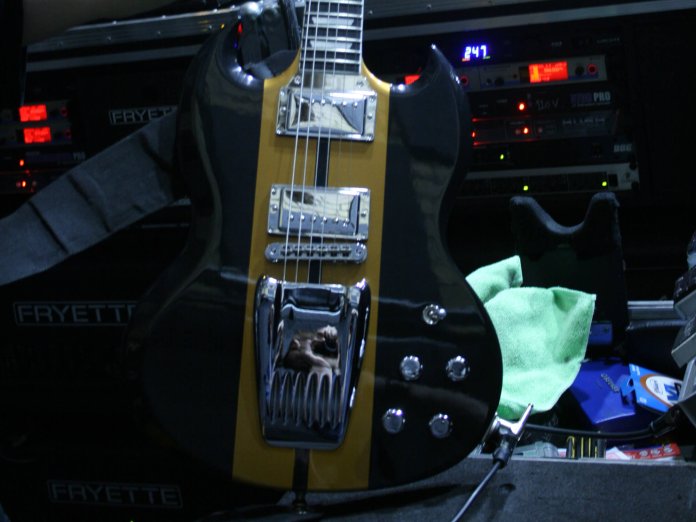 Gibson’s long and distinguished history is littered with examples of the company experimenting with new things. Sometimes, as in the case of the Les Paul or the ES-335, these experiments paid off and yielded plenty of initial success. Others, like the Flying V and Explorer were total failures that came to rightly be regarded as classics and iconic guitars by later generations.

And then you have the rest. Like any company with a history of bold innovation, Gibson has certainly barked up the wrong tree more than once, and it’s certainly true that in the last few decades the brand’s desire to innovate often came to the dismay of its loyal fans.

But you have to respect that one of the most revered and historic brands in the industry still committed to trying new things, even when people were begging them not to. These experiments might not have been the new Les Paul, but they were certainly interesting – here’s eight guitars from the Gibson vault that you probably forgot about.

The Sonex made its debut in 1980, replacing the Marauder and S-1 line of guitars. At the time of its launch, it was the cheapest Gibson series ever produced. It sported a body shape that was somewhat similar to a Les Paul, and like the Les Paul Series, these came in varying models – Deluxe [$299], Standard [$375], Custom [$449]. In 1981, the Standard was dropped from the line-up and replaced with the Artist, which was priced at $749 and featured a set neck and active electronics. The Custom was discontinued in 1982, and by 1984, the final year of production, only the Deluxe was available. The models all came stock with Gibson’s Dirty Fingers Pickups except for the Deluxe model which used pickups known as “Velvet Bricks” designed by Bill Lawrence, who was working for Gibson at the time. The guitars featured a bolt on neck, which was somewhat unusual for a Gibson at the time.

The really experimental part of the Gibson Sonex guitars was the construction of the body. Gibson dubbed it The “Multi-phonic” body. It was essentially a chunk of tonewood (usually mahogany, but allegedly some were maple) encased in something Gibson called Resonwood – a synthetic material that was said to mimic the acoustic tonal and resonant properties of wood.

As a Gibson ad from 1981 boasted, “Step into the next guitar generation with the Sonex series by Gibson. Totally new. Technologically unique. With Gibson’s exclusive new Multi-phonic body. Built rock solid for rock solid sound… and a sustain that just won’t let go. So alive, you can actually feel the vibrations.”

There was actually another model in the Sonex Series called the GGC 700, which was only made from the Autumn of 1981 and the Spring of 1982. It was so rare that it was never included in any US catalogs but did appear in one UK catalogue with a price tag of $599. It differed from other guitars in the Sonex series as it actually had a solid mahogany body and a set maple neck.

The Corvus was only made for a two-year stint from 1982 until 1984. They came in three different variations, The Corvus I [one humbucker], the Corvus II [two humbuckers], and the Corvus III [three single coils]. It is commonly known as “the can opener” guitar because of its unorthodox shape.

All three Corvus models featured bolt on necks, although another version of the guitar did feature a set neck – that guitar was marketed as the Gibson Futura. This created a lot of confusion because The Gibson Futura was the working name of the prototypes that would later become the Explorer. Only three of those prototypes are known to be in existence and they are highly sought after, the same cannot be said for the set-neck, can opener guitars marketed in the 1980s.

The Corvus, along with the Sonex, Marauder, and many other unique models came to define Gibson’s Norlin Era (1970-1984) as being regarded as a relatively dark time for Gibson guitars. Clearly however, it was also a time where we saw a lot of unique ideas come out of the Gibson brand, which isn’t always a bad thing.

This Les Paul-shaped axe served as Gibson’s fourth try at creating a technologically superior “super guitar” after the HD.6X-Pro Digital Guitar, the Robot Guitar, and the Dark Fire. This was made from 2010-2011 and was priced at $4,128. People gave Gibson a lot of flak for this guitar, although a lot of that criticism was well-founded, it was probably the most sonically diverse guitar that Gibson ever made.

It lacked the carved top of the classic Les Paul, but featured programmable pickups that would link to a Gibson computer interface that would allow you to tweak your tone in some really unique and interesting ways. Although it looked like it only had two humbuckers, those were switchable, tappable, and splitable – you could even adjust the response characteristics in the interface. The guitar also featured a piezo pickup which could be blended in using the pickup selector switch, as the knob on the switch also functioned as a dial.

Thanks to Gibson’s much-maligned Robot system, the guitar tuned itself as well. All you had to do was select a tuning on the control knob and then strum the strings and it would tune the strings for you – the machine heads would move and everything. Another bold visual choice was the large oddly shaped chromed pickguard and pickup rings. Gibson only made a limited run of 1,000 of these guitars to test the waters. But the reaction was not quite on par with what Gibson had hoped so the idea was scrapped. They tried to find artists to endorse the guitar and boost its appeal, but nobody seemed interested. The guitar faded into obscurity, only occasionally popping up on the used guitar market. 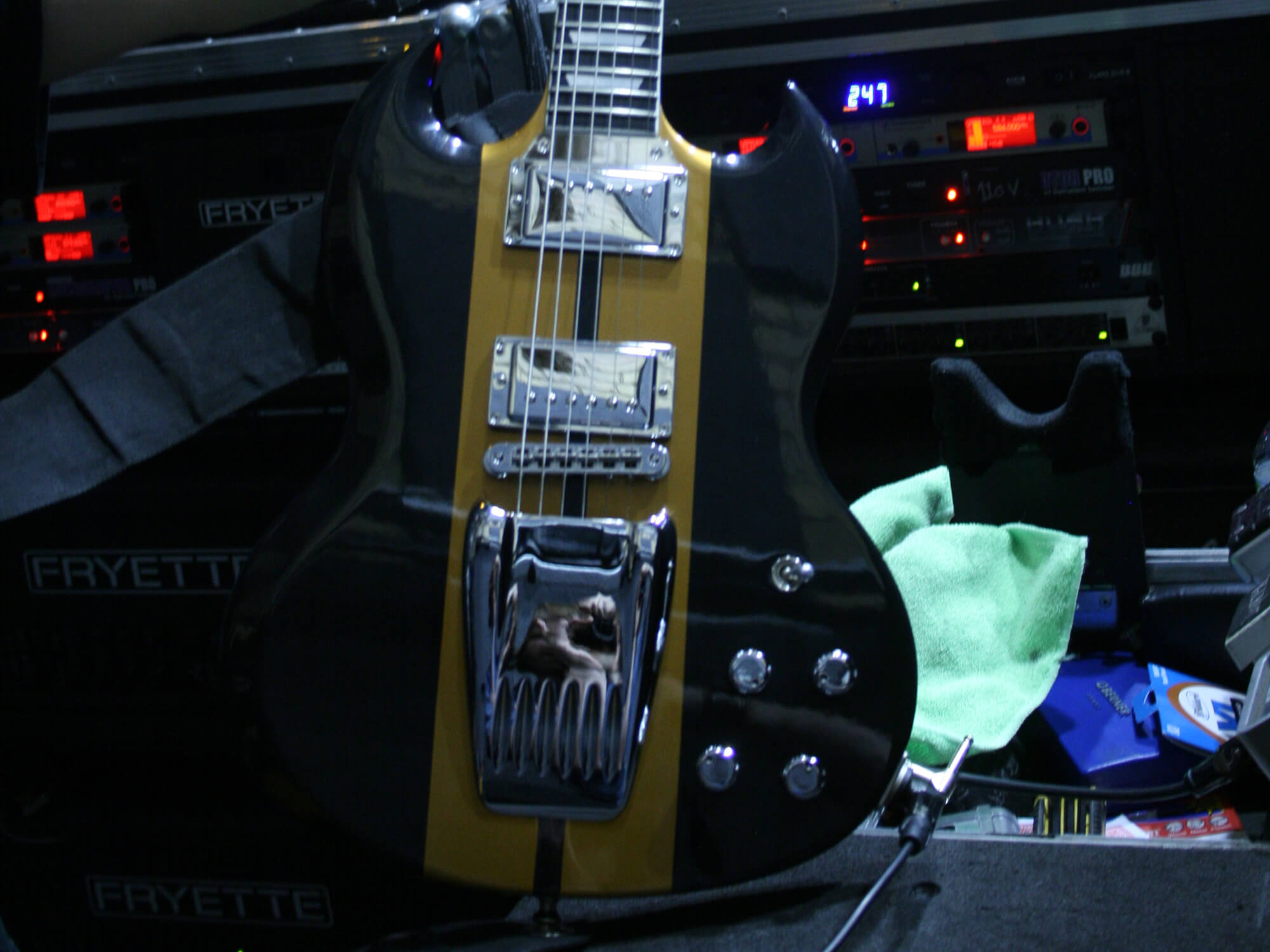 The Gibson SG GT was only made from 2006-2007. They were somewhat lost to the sands of time but experienced a brief burst of popularity when it was used by Volbeat frontman Michael Poulsen during his rise to fame [he now has several and still uses them occasionally]. Only about 2,000 were ever produced. The most conspicuous detail about the guitar was the bridge, which was made to somewhat resemble a hood scoop, which were popular on the muscle cars the guitar was paying tribute to. They also sported white racing stripes against a backdrop of muscle car inspired colours – Daytona Blue, Phantom Black, Muscle Green, Candy Apple, and Candy Orange.

The Gibson Citation was a beautifully ornate archtop guitar that made its debut in 1969 and stopped its initial production run in 1971. They were a unique model in that they were made to order – this was before Gibson Custom Shop became its own division (1986). According to shipping logs, Gibson only shipped eight Citations during the initial run.

Gibson reissued the Citation in 1979 and discontinued it again in 1983. They reissued it again in 1993 and it is still available from the Custom Shop’s Historic Collection on special order. Still these Citations are still quite rare. The guitar originally sold for $2,500 in 1969 – over double what they next most expensive model sold for that year. As of 2018, the price tag for a new one from Gibson ran about $23,499. The sparsity of production on the Citation has kept it largely outside of the spotlight.

The Citation was designed by the Gibson president at that time, Stanley Rendell. There was another similar, slightly less ornate, model called the Kalamazoo Award model designed by a Gibson builder named Wilbur Fuller who hand built them from 1978 until 1984. Like the Citation, it featured a carved maple top and back. Interestingly enough, these were made to order too – Fuller used to tune the tops and backs of the guitars with a rubber mallet after the braces were put into place. He would carve wood off the top, back and bracing until he heard the right tone. He had to take the guitar apart and put it back together until he was satisfied. Only 85 of those were ever made.

Gibson built the Smartwood Exotic Series Guitars starting back in the late 90s and ran it through the turn of the century. Many years before the infamous CITES bust of 2012 and the subsequent battle with the government that yielded the ‘Government Series’ guitars that were made from some of the wood that had been seized and given back to Gibson, Gibson was actually working hard to find alternative tonewoods. The “Smartwood Series” featured slightly modified Les Pauls made completely from wood certified by the Rainforest Alliance. The guitars were priced at $1,299 and a portion of the proceeds were donated back to the Rainforest Alliance.

The bodies and necks were made of mahogany, but the bodies were thinner than standard Les Pauls and featured relief cuts on the backs of the bodies. The Smartwood Series consisted of six models – all Les Pauls, with tops made of Curupay, Peroba, Banara, Ambay Guasu, Taperyva Guasu, and Chancharana, respectively. The guitars were unique and great sounding – the thinner bodies also contributed to a drastic reduction in weight. The Smartwood Exotics Series was a very cool endeavour but was unfortunately overshadowed by the CITES bust in 2012 and largely forgotten. There was also a Smartwood Studio Series that shipped with a hemp guitar case. I believe those ran from 2002-2008 or so.