We visit House Of Tone’s Chester workshop to talk PAFs, and see how the magic happens… 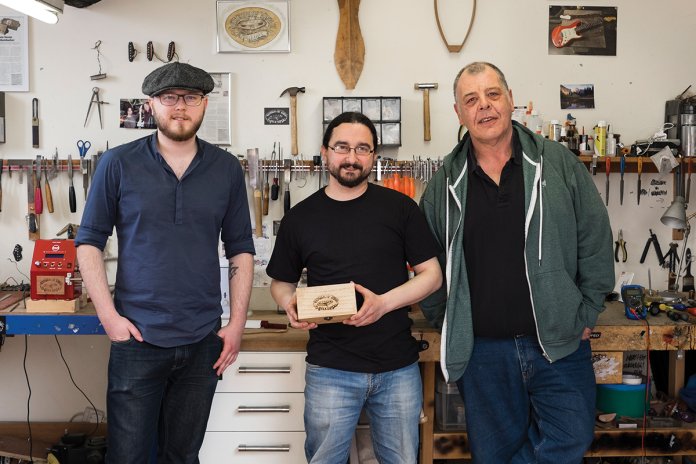 After cutting his teeth building high-end acoustics and taking on maintenance and repair work, Matthew Bascetta moved into the world of hand-made pickups several years ago. Heading up a small team based in the picturesque walled city of Chester in the north of England, Bascetta has developed a range of vintage and modern-voiced guitar and bass pickups that will be familiar to regular readers of The Guitar Magazine.

Given that PAF-style humbuckers are such a staple of the aftermarket pickup industry why has it taken Matt until now to release his take on this fabled theme?
“It has been a couple of years, partly because I thought the market was a little saturated. It also came from not having all the parts to make everything as accurate as it needed to be.

“Claiming to have a good PAF rings massive bells with certain people, many of whom are unforgiving. They know what a PAF should do, and if it doesn’t, they’ll say it’s rubbish. So, I wasn’t going to put my neck on the block until I could get all the parts I needed to do it properly. 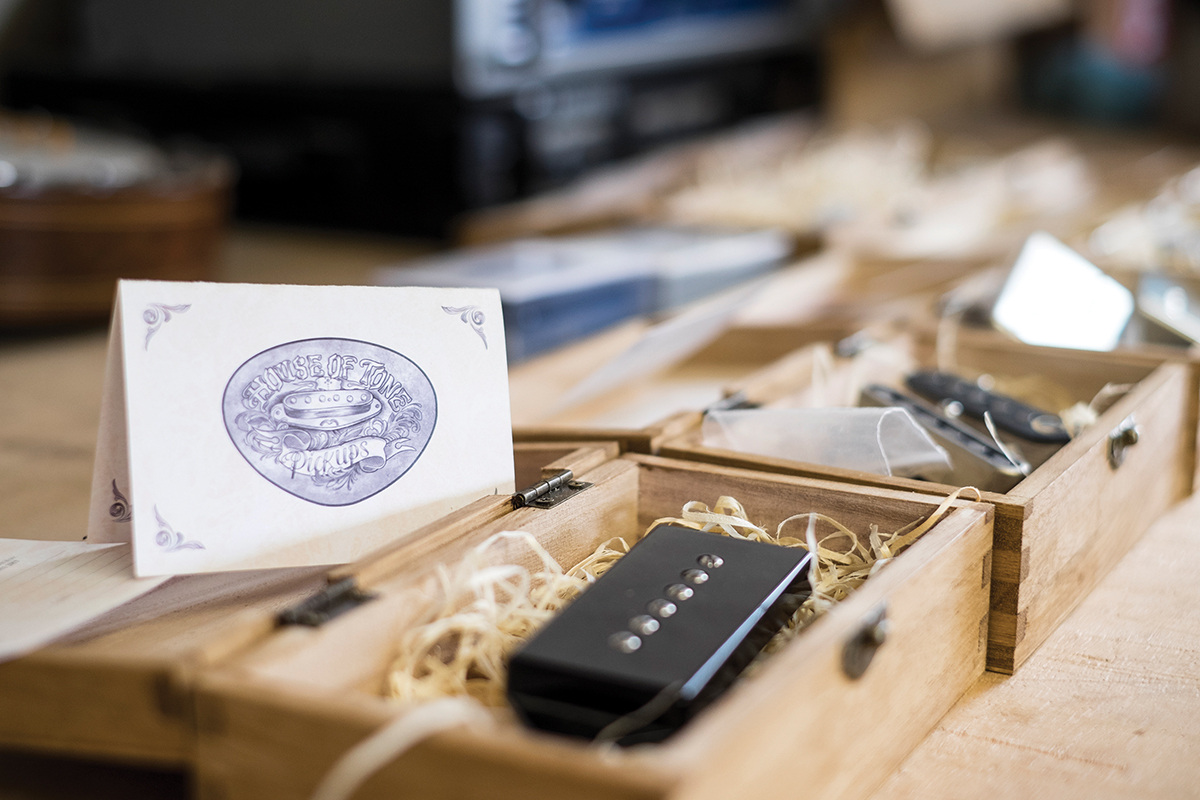 “But people were asking me for PAFs, and that piqued my interest because it meant there was still room in the market. I started getting serious about parts-sourcing and once everything was in place, we spent about six months experimenting and getting prototypes out to people.”

Q. Can we assume you use all the classic PAF parts?

“The key is that the keeper bar, slugs and pole pieces should have lower carbon content than standard modern parts. That makes a big difference. The maple spacers and butyrate bobbins are a nice touch for vintage accuracy, but if you want your PAF to sound like a real PAF, the low-carbon steel parts are much more important. It has an effect on the flux field and therefore the inductance of the pickup. Of course, we use nickel silver covers and plain enamel magnet wire, too.

“A lot of this isn’t exactly rocket science but more about attention to detail. The information has been out there for years, but it’s how you work with that information and how much you want to get down to the nitty gritty. The market makes it clear that the more detail, the better, and that applies to sound and looks. You want to give customers what they expect. 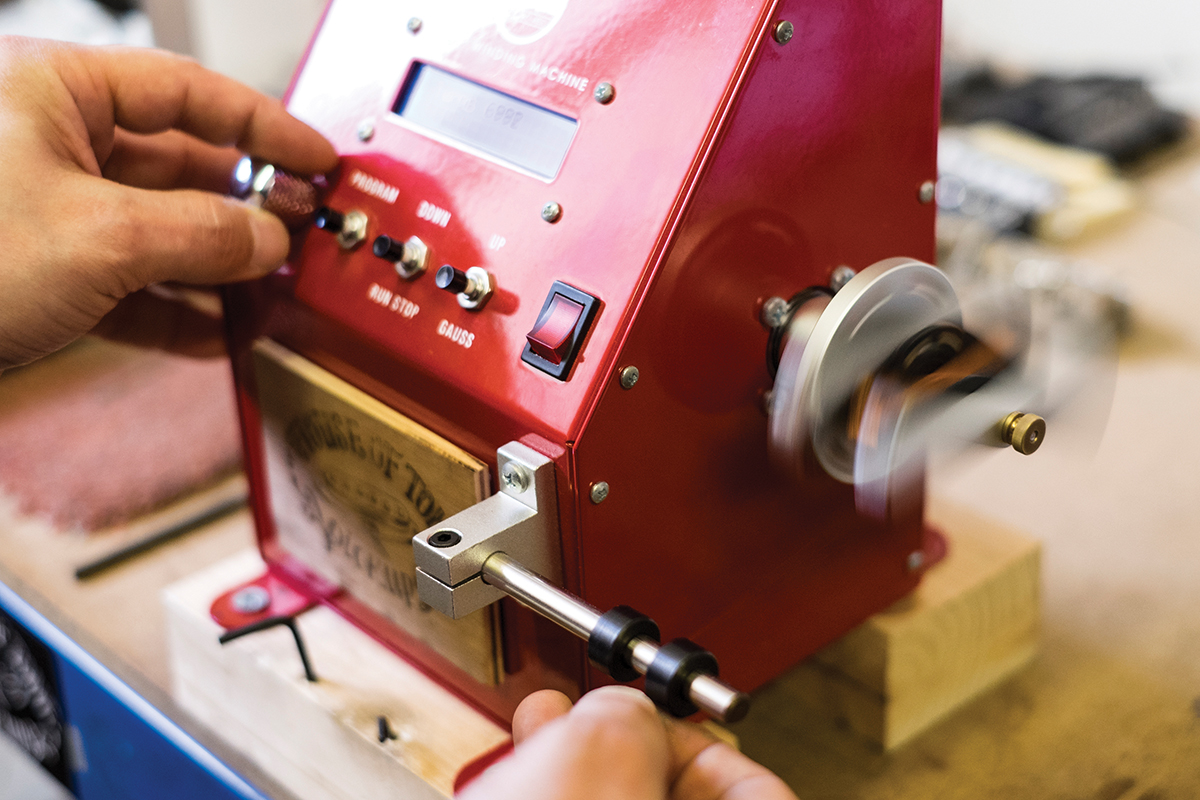 “With wax potting, I tell customers there are circumstances where you’ve got to have it. If they do need it I’ll start slowly with a light potting and if they’re still having squeal problems, we’ll pot them again. But in general, I tell people if you want a PAF to sound like a PAF, unpotted coils are a big part of why they sound like they do.”

Q. Some renowned PAF makers gravitate towards alnico IV magnets but you don’t…

“There is a little bit of variation when we weaken the alnico V magnets, but I prefer to use de-gaussed V rather than IV. Originally alnico IV was essentially B-grade V, but nowadays it has become a standardised thing among magnet makers and it gives a very flat EQ. It can be good for certain applications, but for my taste it’s not great for vintage tones.

“In our PAF replicas, the bridge has an alnico II magnet because I love what that does to the top end. It takes a bit of edge off but it’s still really chimey and bell-like. It gives me what I think a PAF is supposed to do, which is that P-90 kind of sound. 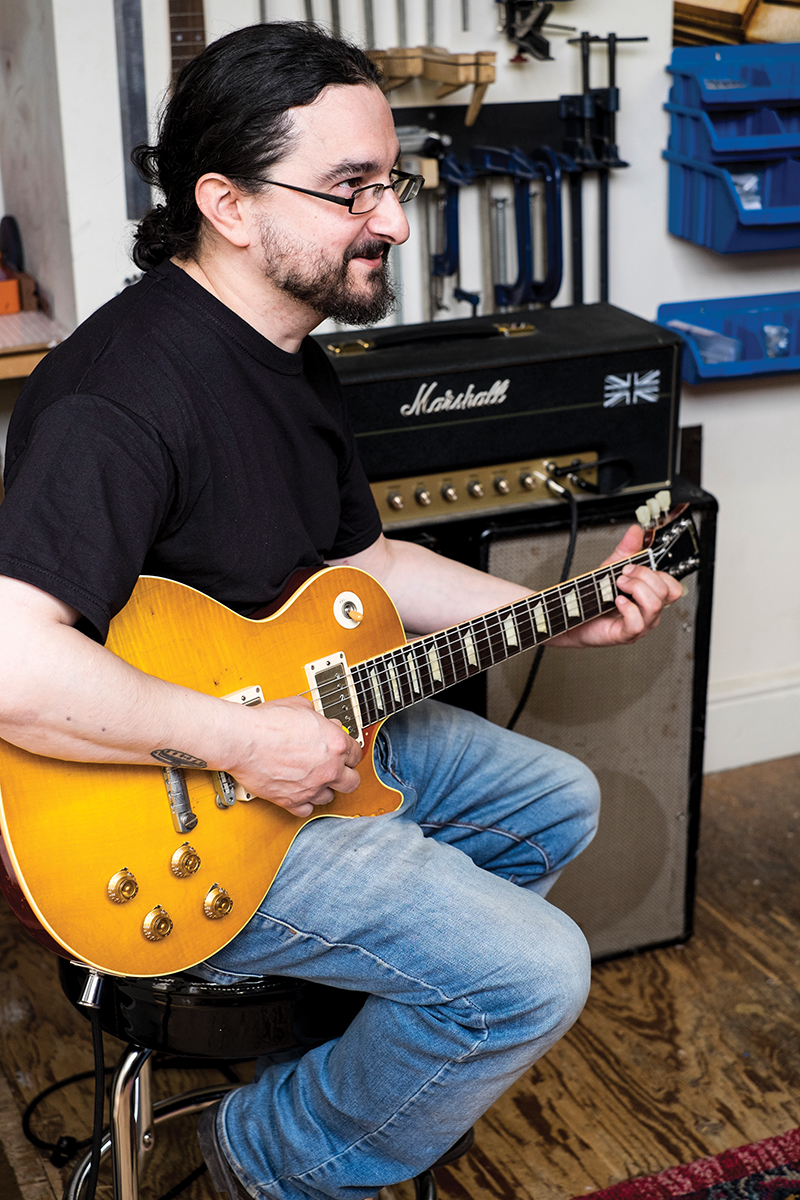 “I don’t like it in the neck though because it’s too easy for it to go woolly, so I use V in the neck to give better articulation to the treble and less of a compressed sound. I find that’s a really nice mix to get the quintessential sounds of the two positions while minimising the potentially negative aspects like an ice pick bridge and muddy neck.”

Q. We also noticed that your PAFs have no shortage of bass and treble

“Some call it a mid-scoop but that’s a bit of a misnomer, because it’s actually about accentuating the bass and treble frequencies. You can do it a little bit through altering your wind pattern, but alnico V will also help with that. Alnico II doesn’t really help or hinder, alnico IV is very even and alnico III has a lot more midrange presence to it.” 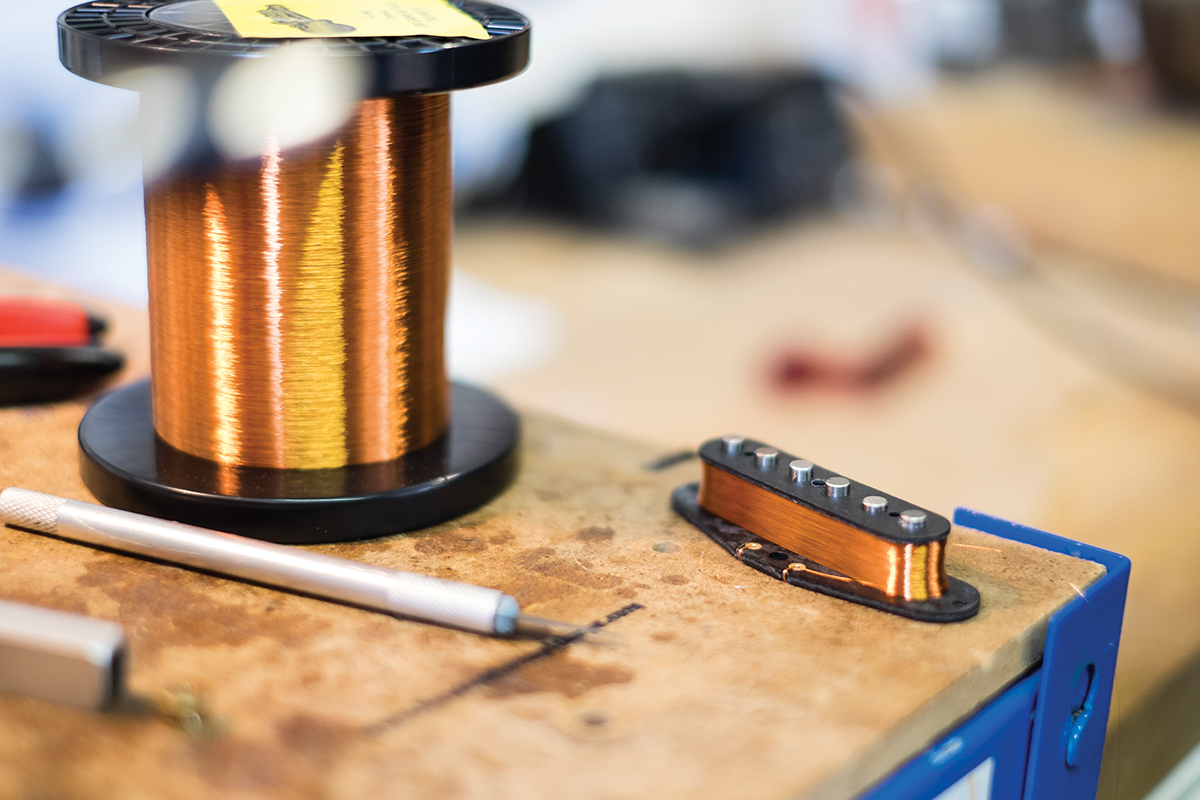 “We’re happy to do that using a mixture of different methods. We can also offer ‘Patent Applied For’ stickers, but there is a little bit of a charge on top because the ones we use are vintage-correct and are harder to get. One thing that puts me off personally is that it feels a little like putting a manufacturer’s decal on a kit guitar.

Being in the trade I think that’s ethically a little wrong and putting those decals on the pickups feels a bit like that because we’re not trying to pass anything off. We’re merely trying to recreate a tone.”