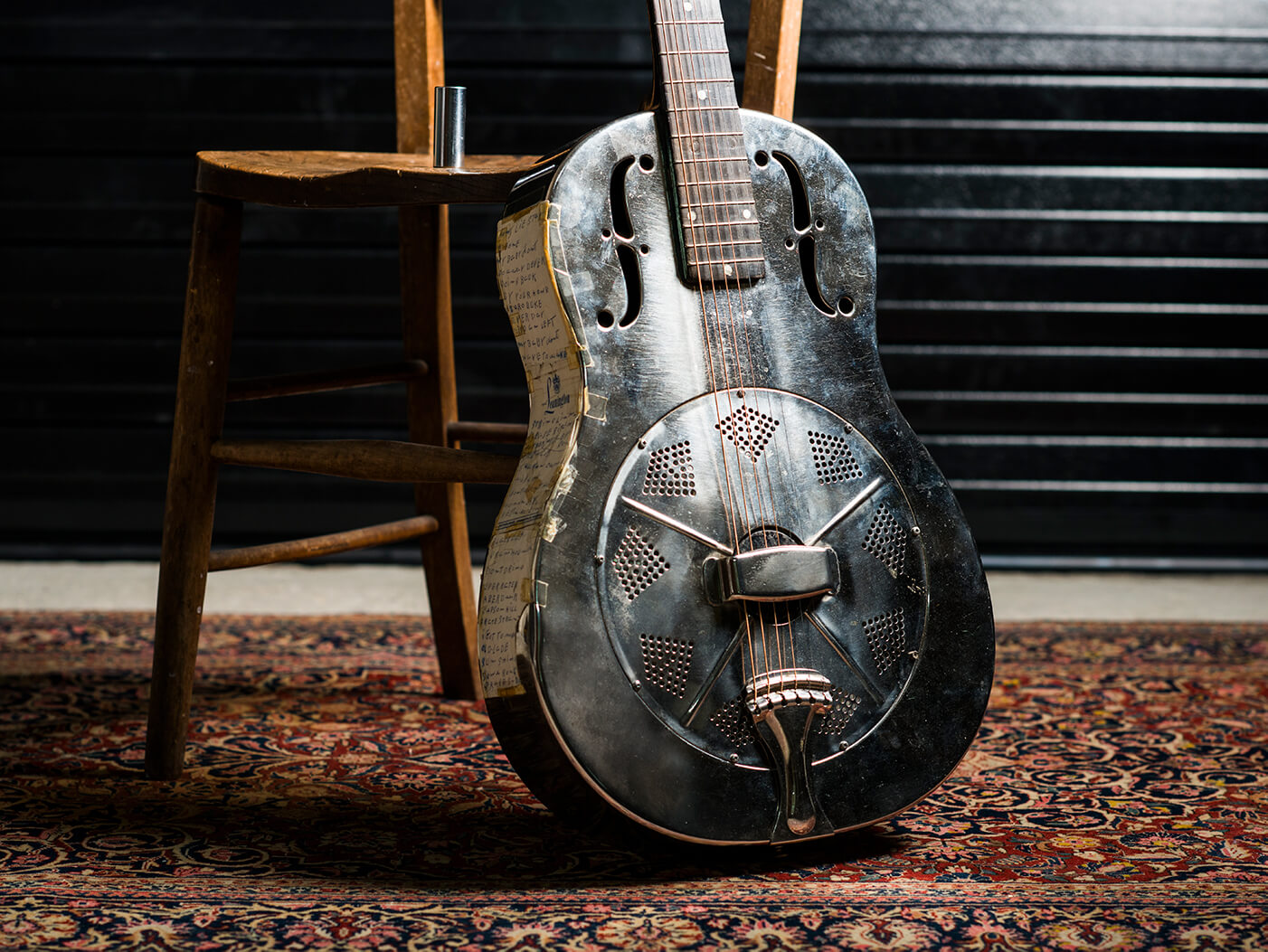 There are guitars with vintage mojo, and there are guitars with vintage mojo. And then there’s ‘Hard Rock’, the 1933 National Duolian owned and used by bluesman Booker T Washington ‘Bukka’ White for over 30 years. Described as a “holy relic” by White’s younger cousin BB King, the resonator bears the battle scars of decades of exuberant live performances, including a crude headstock repair. There’s also that setlist: penned in a spidery hand on hotel notepaper and still clinging to the guitar by the grace of yellowed sticky tape. 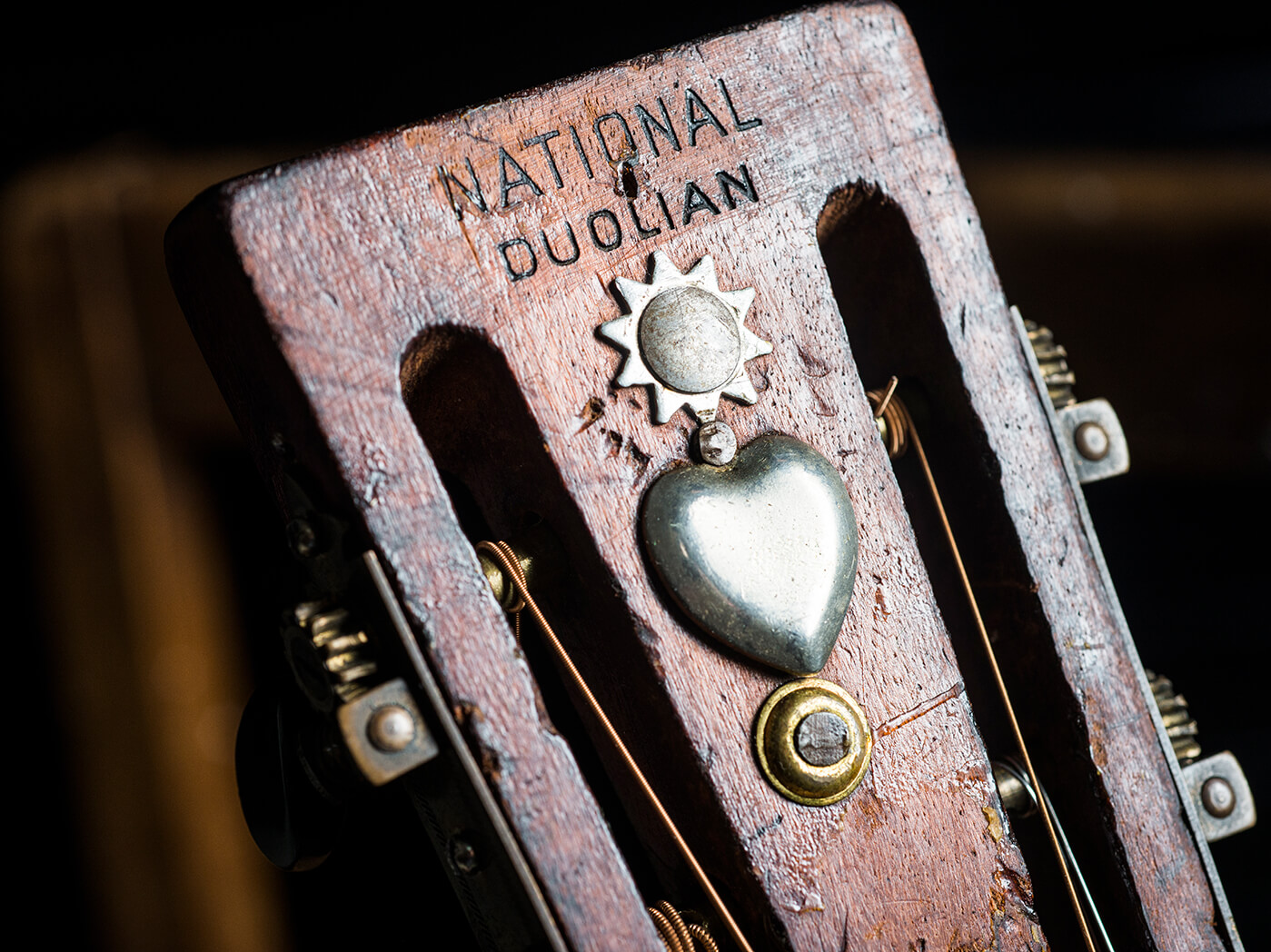 Hard Rock recently sold at auction for £93,000 including fees via our friends at Gardiner Houlgate in Corsham, Wiltshire. Before the sale, we were lucky enough to spend some time with the instrument which, for all its history, is still surprisingly player-friendly. It also sounds extraordinary.

Hear this storied guitar in action here. For more info on the next Gardiner Houlgate guitar auction head over to guitar-auctions.co.uk.