With Foo Fighters imminent return to the UK this weekend, we wind the clock back to Dave Hunter's 1999 G&B interview with Foo Fighters and show you previously unseen images from the James Cumpsty shoot that accompanied it… 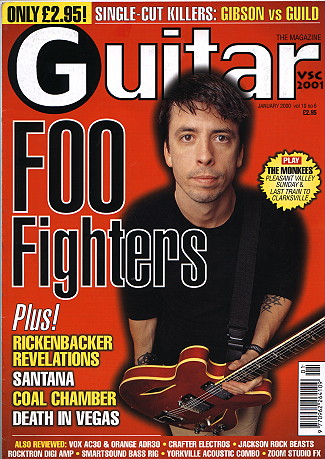 In 1999 when we were known simply as ‘The Guitar Magazine’, Dave Hunter caught up with Foo Fighters frontman Dave Grohl and guitarist Chris Shiflett. Around this time, the Foo Fighters had finished recording There is Nothing Left to Lose and now long-time Foo Fighter Chris Shiflett had recently got the job as the Foo’s new guitarist.

Looking fresh-faced and sporting his Gibson Trini Lopez, Dave Grohl talks about his attitude toward making music and the gear he used during the making of There is Nothing Left to Lose…

“For some reason, it’s definitely unusual for a band like us – who’ve done fairly well and sold millions of records and toured the world – to all of a sudden make music because we just love doing it. If Marilyn Manson were let out of their contract do you think the first thing they’d do would be to go into the studio to hang out and record? Not likely!” 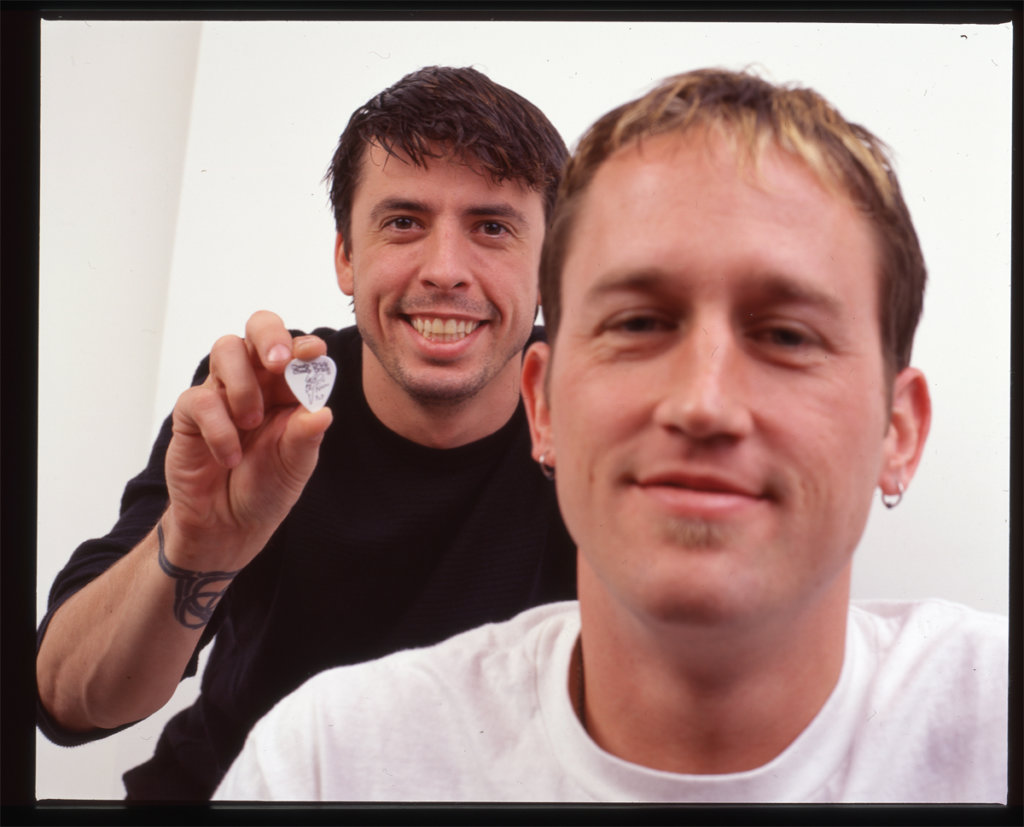 Despite being one of the biggest rock bands on the planet, Foo Fighters never seem to be as ‘gear’ focused as you might expect. Of course today both Chris and Dave have signature Fender and Gibson guitars, but in the late 90s they enjoyed a more simplistic approach. Dave Grohl’s trusty Gibson Trini Lopez has been on almost every single Foo Fighters record and he describes it as ‘the sound of the Foo Fighters’, but that is about as far as his gear knowledge went in 1999:

“I’m so not a gear-head – Like i’m still not really sure of the difference between a humbucker pickup and the other kind.”

Perhaps this approach towards the guitar added to the charm of those early records, especially when it came to recording guitars:

DG: “The only strategy we had was not to spend more than three minutes getting a guitar sound. Adam Kasper was telling us horror stories about having to work with this guy who produced one of Soundgarden’s albums. The first three days in the studio they spent getting a rhythm guitar sound. Three fuckin’ days.”

CS: “You’re just sucking all the life out of it”

DG: “I think one of the reasons why the album sounds so warm and lush is because we didn’t over analyse things, you know. We just let it be. The settings the were one the amp in the room when we were writing the song were usually the settings that were on the amp when it was standing in front of the microphone.

“We would counter things, too. Like we would have a semi-distorted fat, warm rhythm track, and then we’d double it with a brighter Rat pedal rhythm.” 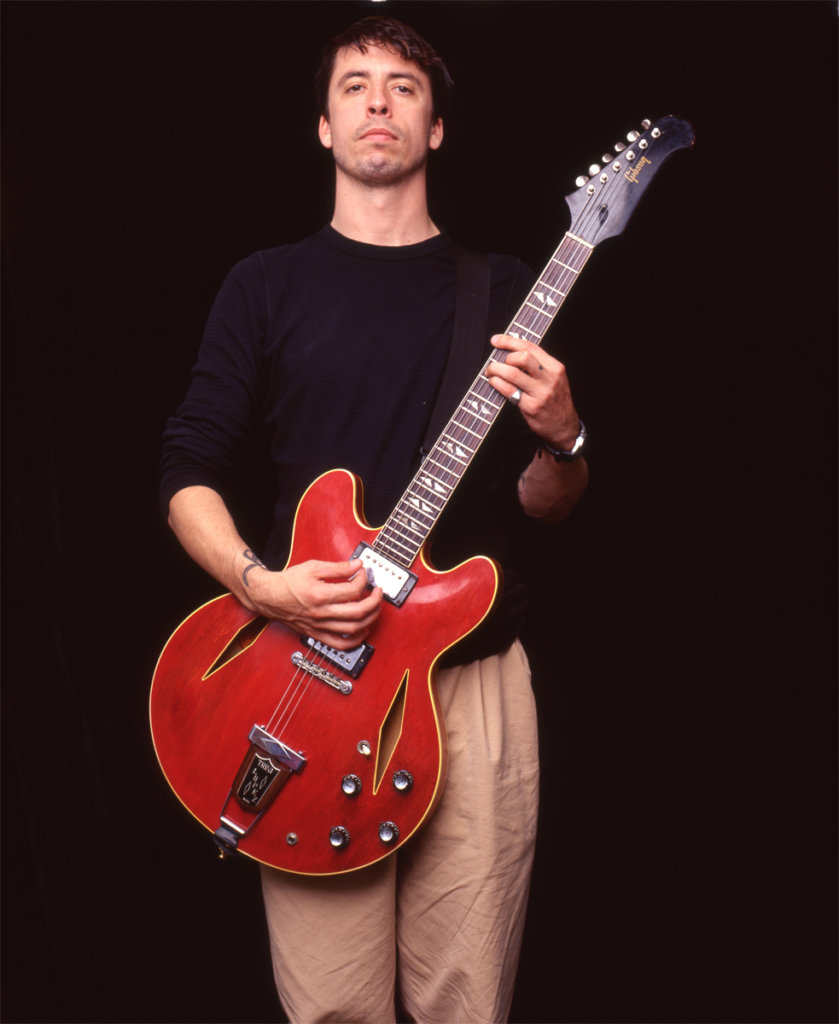 Similarly, the raw purity of guitar sounds prevalent on There Is Nothing Left To Lose was mostly down to the integrity of the basic ingredients: great guitars going into quality valve amps, for example Grohl recalled that it was simply a Tele through a Fender twin that gave the sweet chime behind Ain’t It The Life:

DG: “Your gear choices don’t get much simpler, nor more classic, than that.”