“I see things that I want to move on from, and one of them is the seven-minute song ”: Warpaint’s Theresa Wayman on tightening, loosening, and striking a balance

Warpaint’s fourth album Radiate Like This was crafted mostly remotely during the pandemic Singer-guitarist Theresa Wayman tells us how it came together.

“Warpaint is an avenue that’s stronger than us individually,” Theresa Wayman says, having had plenty of time to consider whether or not that statement is true. It’s been almost six years since the band last put out a new record, with their sparkling return Radiate Like This emerging from a period of reflection and shifting responsibilities.

There often comes a point when things have to stop if they are ever to begin moving forwards again. Warpaint hit that stage once they’d toured 2016’s Heads Up, an album that felt like an exclamation point after the fact. It folded sharper songwriting and bonafide pop smarts into the group’s psych-rock blueprints, suggesting multiple possible futures that they didn’t have the energy or brain space to bring into being.

Instead, they went it alone for a time. Wayman released a solo record, ​​2018’s LoveLaws, while bassist Jenny Lee Lindberg put out her second and played on three songs from Phoebe Bridgers’ Punisher album. Drummer Stella Mozgawa continued to be an in-demand collaborator, adding her chops to music by Courtney Barnett, Kurt Vile, Cate Le Bon, John Grant and Sharon Van Etten. Guitarist-vocalist Emily Kokal, meanwhile, became a mother for the first time right before covid-19 reframed Warpaint’s pause as a yawning gap.

They had been working on new material off to one side for a couple of years – making music for TV and podcasts, and eventually proper, actual Warpaint songs – by that point. Scratching out the initial deadline for turning in the resulting record, the pandemic forced a halt that opened up new possibilities. “I found it really refreshing and actually very necessary, even though there were added stressors in other ways,” Wayman says during a stopover in London ahead of a series of European dates.

“It was just nice to be able to reflect and take a moment to think about what’s been working and what hasn’t been working. So that, you know, when we came back to it, which we didn’t know for a while when that was going to happen, we were doing it better and in a more healthy way. It was critical to have that break because I think everyone is so much more excited to be back doing whatever it is that they do. I feel invigorated. I know we all do.”

A further provocation aimed at the band’s established patterns came with the fact that Radiate Like This was recorded remotely out of necessity, with Warpaint members scattered across the States, from Los Angeles to Joshua Tree to Utah, Mozgawa in her native Australia, and co-producer Sam Petts-Davies at home in England. The open-ended, vibey edge of their earlier work felt grounded in the fact that they were four musicians in a room together who had time to follow a groove into oblivion. Now, oblivion presented itself in the chance to pull apart and reassemble songs until there was nothing left but a tangle of ideas. As well as developing new music, they had to develop a new sense of discipline and a new language for getting their ideas across. Months, even years, before fans heard these songs, Warpaint’s members almost became listeners first, sounding boards second.

“I can record myself pretty well, and I enjoy doing that, I enjoy getting better at it,” Wayman says. “And I did like the time to experiment. I liked having that time to really sit by myself and play around with the songs. But I often found that it felt really strange to go down a road with a song that felt really good to me but that was maybe out of context for everyone else who hears it later. 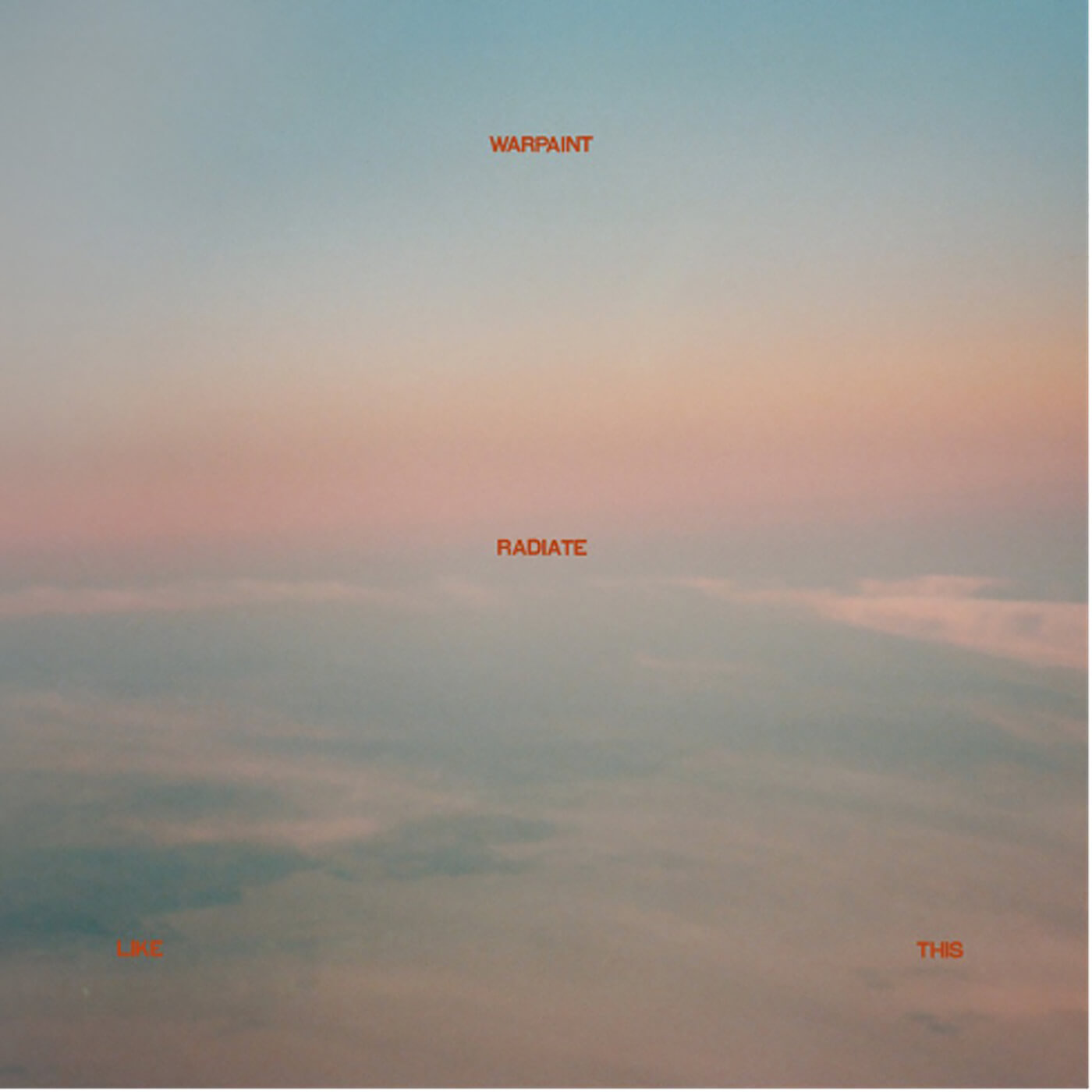 “After I’ve gone down that road, I then have to try to get them to understand. Sometimes they would, and other times they wouldn’t. That was tricky and time-consuming. You’re also making a bounce of it and sending it to someone not knowing what mood or what place they’re in or how they’re hearing it. They could have just put it on real quick because they were busy going from here to there and not really given it a chance.”

Overcoming these stumbling blocks required an empathetic outlook and the strong bonds of friendship. Wayman observes that Warpaint kept each other in check – as hard as it can be to feel like you’re compromising a singular vision in order to make the band work, the other members also have your back when you might be about to derail something that’s working. “Other people rein you in, they help you know when something’s good, and when to stop,” she says. “And they also help you know when to keep pushing. So it’s an art-of-life type of thing. There’s no black or white answer.”

That this dynamic came to function well is clear from the finished record. Radiate Like This feels like a continuation of Heads Up’s more focused staging, with Warpaint’s textural daring and bone-deep sense of cool brought to bear on songs that are the most melodically satisfying of their career. The opener and lead single, Champion, is a neat benchmark. With its skittering beat and dubby bass underpinning Wayman and Kokal’s washes of guitar, it is unmistakably a Warpaint track, but its every move feels poised and deliberate. When the hook lands, it’s like reaching a destination rather than getting lost in the weeds. They hit, and exceed, this mark regularly from that point onwards. 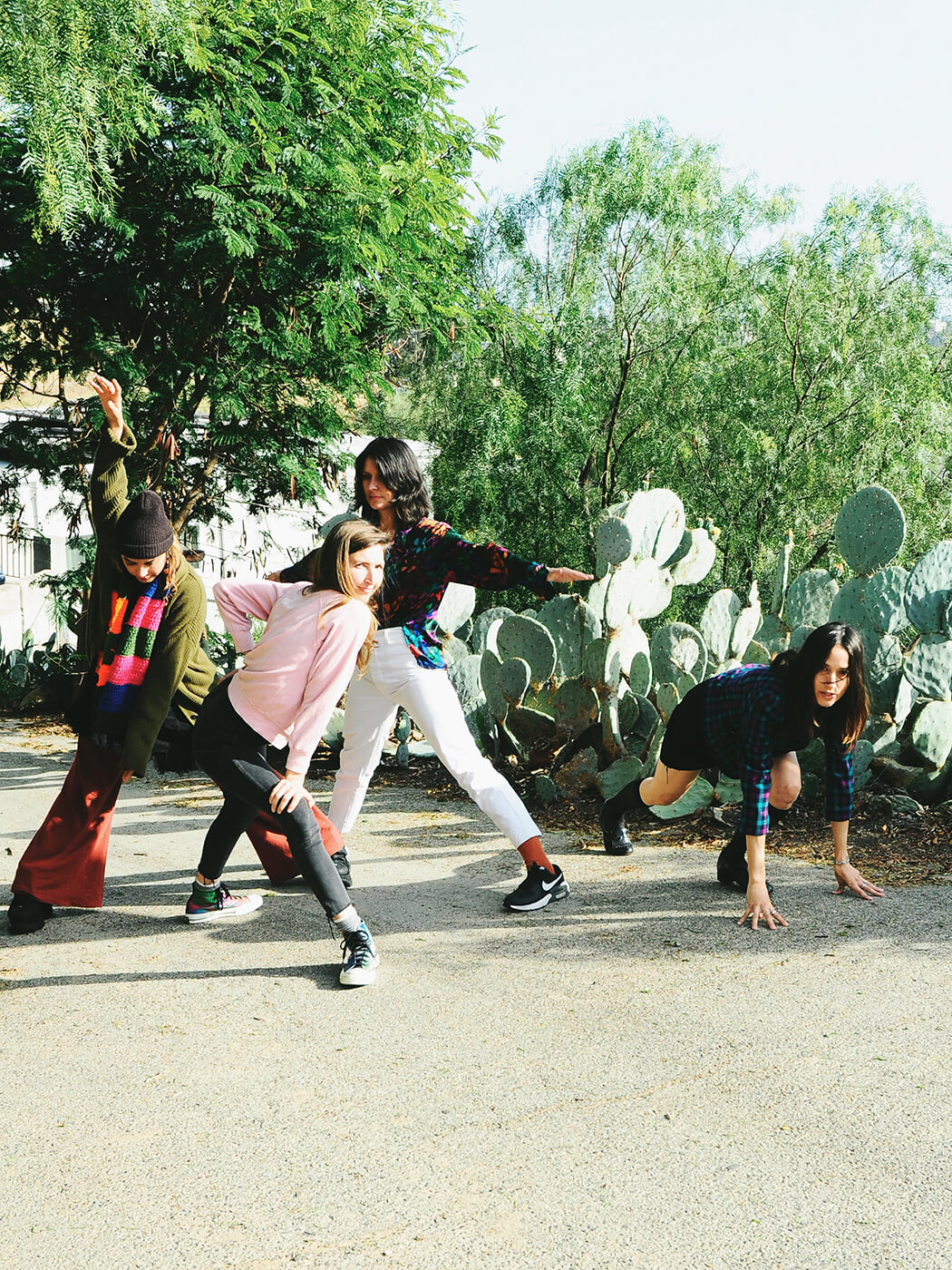 “I do miss, sometimes, some of our more experimental arrangements and whatnot,” Wayman says. “But then there are also moments in our history where I feel like there was some meandering, which is the psych element of us, where the compromise of the band was almost to our detriment at that moment. Everyone loved a different transition or a different part, and so we had to have them all in there and then the song suffered a little bit for that.

“It’s hard to name songs, because they are what they are, and certain people really love them, so I don’t want to diss them. But as the creator of them, I am someone who’s trying to hone my craft. I see things that I want to move on from, and one of them is the seven-minute song with the intro that’s two minutes, and it’s really repetitive. Maybe it’s great and you can trance out to it a little bit but we’re just moving onto different things, and being more succinct is one of those.”

Gear-wise, Wayman and Kokal have long been on a similar kick, using a relatively small number of tools in order to create the group’s expansive palette. Wayman favours a ’66 Mustang and again recorded much of Radiate Like This with the guitar, also calling on Kokal’s Jaguar from time to time and going forward live. “My Mustang’s just so light and so easy to play,” she says. “So it makes me feel like I can really just let go.”

She adds: “I used Emily’s Jag on a couple moments, like on Champion, and now live I’m actually playing everything with a Jag. I wanted to see if I could get a richer sound. There are a lot of one-note lines I’m doing and I want to fill the space. I’m also using two amps and splitting my signal trying to get that feel, like two guitar players are playing the same thing. The Jaguar’s got a heavier sound and tone but there’s the possibility of them ringing out, which I always had a little bit of an issue with on the Mustang, you know?”

This studied approach reflects back everything that’s gone into Radiate Like This. Wayman and Kokal’s interactions on the record are deft and precise, often appearing as though they’ve been dropped in at the opportune moment, which of course they have. Some of them, though, are tinged with a sense of regret given the circumstances. Wayman immediately pinpoints Trouble as a favourite song because it’s the only one, aside from a small section of Hips, that was performed as a unit. “I wrote the part on Trouble through playing the song with everyone,” she says. “And then it was recorded that way too. So it’s kind of loose, it isn’t so exacting.

“Emily was out in the desert in Joshua Tree for the first year of the pandemic,” Wayman continues. “I went out to work with her on the album a few times and we would craft the guitar parts and harmonies and vocals and synth lines here and there. They’re very choice. Now, through playing some of them live, I can see how if we had actually played the songs together, they might have loosened up just a little bit, but in a good way.” She trails off just for a moment. “Yeah,” she picks up. “It’s like with everything else – we’re just trying to strike a balance.”

Warpaint’s Radiate Like This is out now on Virgin Records.