In an exclusive interview, the Shadows guitar legend tells us why he’s decided to get rid of his beloved 1957 Fender Strat. 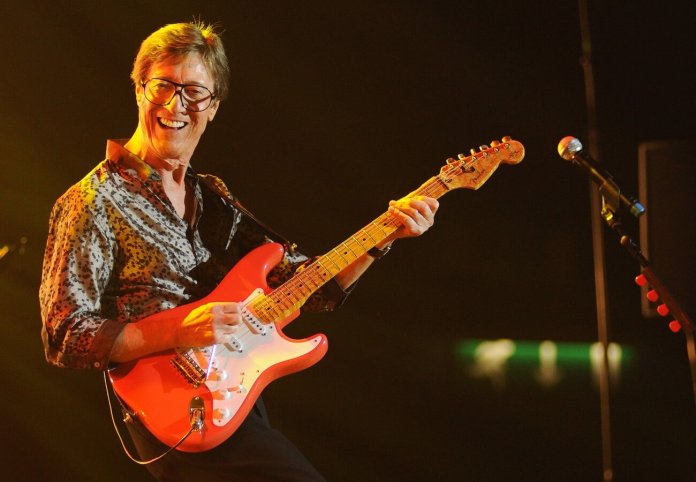 Hank Marvin has revealed that he has parted ways with one of his most treasured electric guitars, which the instrumental legend has used for nearly four decades – his Sunburst 1957 Fender Stratocaster.

Speaking exclusively to Guitar.com’s Paul Balmer, the Shadows legend explained that his decision was purely down to the fact that the golden-era guitar was barely being used.

It’s those Fender Hank Marvin signature models that have ultimately caused Hank to ditch the ‘57 for good, as the Strat-master thinks they do a better job of giving him what he needs when touring and recording.

“For my custom Marvin guitars I had Fender capture the early body shape, which was kinda sort of flowing sensuous shape whereas some of the later ones they were producing around in the 80s were a bit more squared off,” Hank explains.

“I also had the neck just made slightly wider. On some Strats you can pull that first string off the fingerboard ever so easily and I didn’t like that. So that was just slightly wider which solved that problem. And of course I’ve got the easy mute trem arm – which I think is very effective – and Sperzel locking tuners. I’m also back with Kinman pickups again!”

The Fender Signature model is of course based on Hank’s iconic 1959 Fiesta Red Strat, which is now believed to be in the possession of other Shadows guitarist Bruce Welch.

Keep an eye on Guitar.com for our exclusive upcoming interview with Hank Marvin very soon.