Speed thrills, but you shouldn’t obsess over clocking a hundred miles per hour with your fingers. 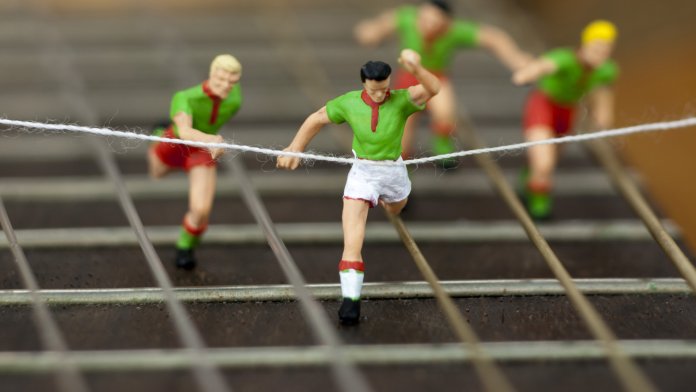 “How long can you watch Steve Vai or Joe Satriani?” Kerry King asked us rhetorically. “They’re as good guitar players as you’re going to find anywhere, but I’d get bored of them in like 25 minutes.”

Sure, the Slayer guitarist may have been slightly tongue-in-cheek, but the point he was making is clear: That it’s more important to write a good song than to be a killer guitarist who flies up and down the fretboard for the sake of it. And King is not alone in that regard. Here are five other guitarists—yes, including shredders—who’ll change your mind about speed.

It’s a bold claim from one of the most gifted soloists to grace rock ’n’ roll, but Ritchie Blackmore thinks leaving notes out is more important than stuffing them in.

“I can’t really stomach too many guitar players who just play these non-stop, incessant runs,” the Deep Purple great said. “It gets crazy; it’s just exercises. There has to be a reason for soloing. Usually, guitar players who play that fast and put everything they can into solos are insecure. The more sophisticated and mature guitarists become, the more they go with the feel.”

Instead of flaunting his chops, Blackmore thinks of the guitar last when he’s recording. “If you try to play too technically, you lose something in the music—like you’re playing for another guitarist,” he explained. “I like to play for people. The most important thing to me are the vocals, then the arrangement, and then the song. And way down, ‘Oh yes, there has to be a guitar solo.’ Whereas for a lot of players, everything revolves around the solo.”

“Where are the speed-oriented players now?”: David Gilmour

When we asked for his thoughts on the legion of shred guitarists that came after him, David Gilmour laughed. “Ah, yes,” the Pink Floyd icon began, “and where are they now? There aren’t many of the speed merchants that I have any great curiosity about.”

Except, perhaps, for two: Eddie Van Halen and Jeff Beck. Gilmour considers the former a great guitar player whose solos are “short, concise and brilliantly crafted.” “They’re not just about speed,” he added. “He can do a bit of something that’s quite gentle, and then throw in something that just blows you away because of the sheer pace of it for a second—and then he goes back to something else.”

“Music played at fast tempos goes by like a blip”: George Benson

George Benson confessed that when he was starting out, he used to be a speed demon, “the guy with the fingers.” “I didn’t even think about tempo,” he recalled. “That was not a factor. [The band] just started playing, and whatever tempo it was, we played the devil out of it.”

It was only until after another jazz icon, Wes Montgomery, passed a comment on his playing that he changed his tune. “Boy,” Montgomery had said about Benson, “when he slows down, he’s gonna be a monster.”

The average music fan, according to Benson, doesn’t care for—or even understand—speed. “When music is being played at such fast tempos, it goes by like a blip. It just goes right through them. There’s nothing they can hang onto. When Charlie Parker played, you could always hear that melody. The song never left you. When he played ‘Just Friends,’ you could still hear the song through all of that wonderful, stunning playing,” he said.

“There’s so much more to music than a note”: Paul Gilbert

When Paul Gilbert was performing guitar pyrotechnics in Racer X, people would accuse him of playing really fast, but without ‘feel.’ Yet he only understood what that meant after he started teaching the instrument.

He said, “A scale is a group of notes, and there’s so much more to music than a note. ‘Feel’ is a combination of dynamics, and dynamics is huge. You wouldn’t believe how many guitar players do not use any dynamics. And it’s not just a big section of ‘loud’ and then a big section of ‘soft.’ It’s a constant up and down of different tones, volumes, space and filling up stuff. And it makes a huge difference—just that alone can separate the amateurs from the pros.”

“I’m trying to undo the damage I may have done”: Billy Sheehan

Sheehan accepts that all this may have been his fault. “There was a time people blamed me for ruining all these bass players. So I try to pound it into [new players]: drummer, drummer, drummer. Watch the drummer, stay with the drummer, keep your time together. I’m trying to undo the damage I may have done. When you’re a kid and there’s a cake in front of you, you want the frosting right away. I try to undo that as best as possible by just emphasizing, for newer or younger players, that [the cake itself] is so vitally important.”