Your next guitar could be about to become significantly more expensive

How Trump’s trade war with China and a no-deal Brexit could have a major impact on the guitar industry, and push up prices for the consumer. 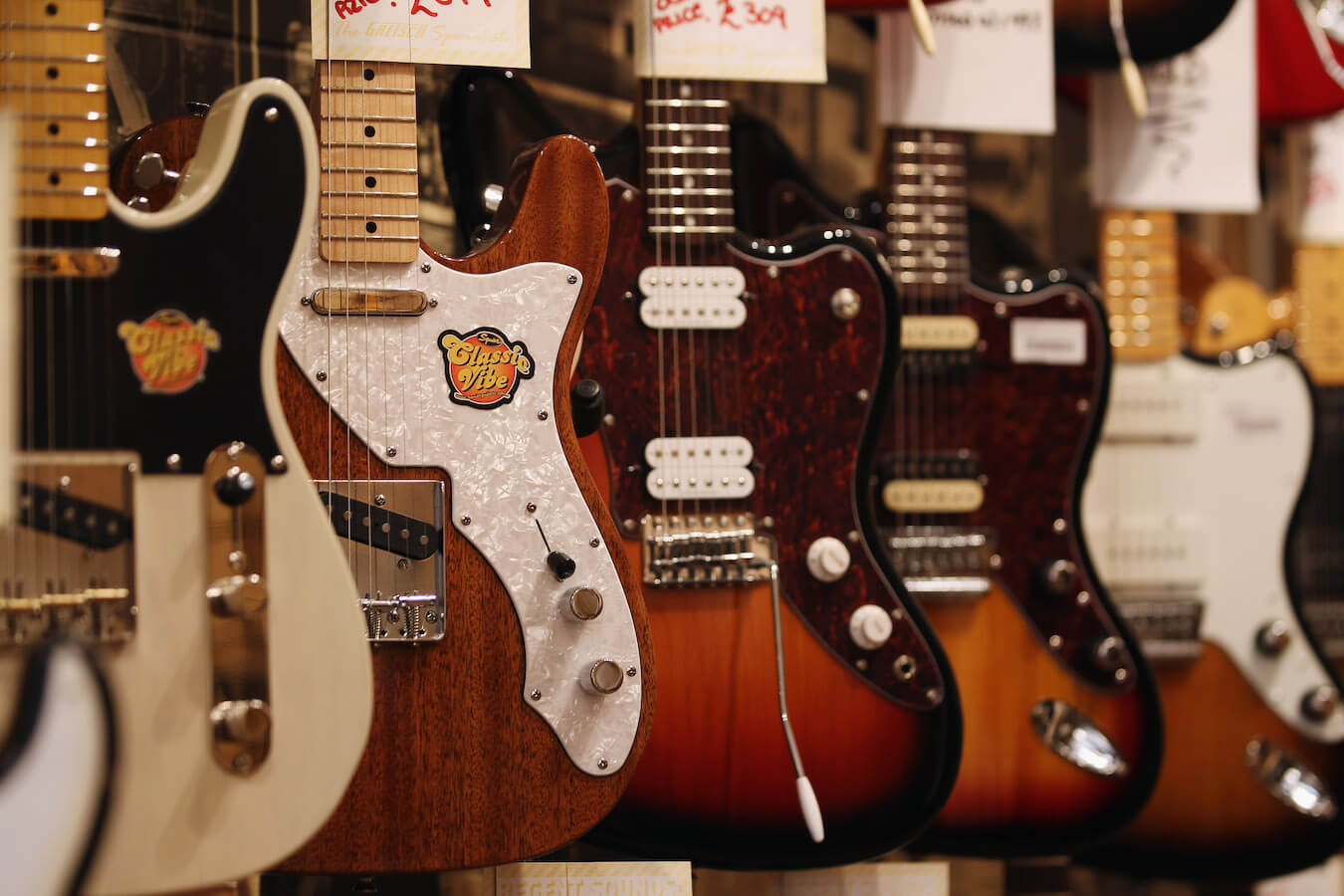 With news of Donald Trump’s plans to expand heavy tariffs on goods imported from China to include guitars and other musical instruments – and new UK Prime Minister Boris Johnson seemingly committed to the UK finally leaving the EU on 31 October 2019 even without a deal – these are increasingly uncertain times for the guitar industry on both sides of the Atlantic.

While the knock-on effects are still unclear, it seems likely that should events proceed as many observers are expecting, significant increases in the costs of new guitars, amps and stompboxes could be passed on to the consumer.

At first glance, it would appear that the most immediate impact of Trump’s trade war with China will be felt by brands that currently make and produce guitars and accessories in the PRC. This includes everyone from high-end makers such as Eastman, to Gibson and Fender’s Epiphone and Squier sub-brands and a host of other manufacturers.

If the threat of levying a 25 per cent import tariff on these instruments is carried out, it’s unlikely that even the larger brands will be prepared to absorb such a big hit to their profits, especially given the fact that existing tariffs already put a 25 per cent tariff on products such as guitar cases made in China.

The cumulative effect of these factors make it almost certain that the cost of Chinese-made guitars would increase significantly for the American consumer. It’s simple economics – additional costs that eat into retail margins will inevitably be passed on to the consumer.

Of course, this doesn’t apply to guitars made outside of China, and if this situation becomes a long-term trade war, it will be interesting to see whether guitar companies adapt in order to compensate.

There are already companies in the guitar industry manufacturing in high volumes in Korea, Vietnam and Indonesia, while in the consumer electronics world, Samsung has apparently shifted production of mobile phones to Vietnam to get around the tariffs, and Apple is rumoured to be following suit. Whether this will have an impact on price remains to be seen.

In theory at least, the purpose of trade tariffs is to encourage consumers to buy home-grown products instead of those coming in from overseas, but that’s not quite as straightforward when it comes to guitars.

In addition to tariffs on finished instruments, the new sanctions will also apply to stringed instrument parts and accessories coming from China. And this is where things could have much more wide-ranging consequences for the US guitar industry as a whole.

Even if you bought a guitar that was made in a factory or workshop in the USA, do you know where the strap button was originally manufactured? Or the volume knob? Or the pickup covers? Or the strings?

For many brands big and small, the reality is that the origin of smaller parts and components isn’t always transparent – if they do happen to have been originally made in China and then shipped to the USA to be used in guitar-making, they’d also be susceptible to tariffs. As a result, we may see these increased costs passed on to the consumer – even those outside of the USA.

When it comes to the implications of Brexit, things are even more muddled and, it must be said, would be primarily impact UK brands and UK consumers.

Should Boris Johnson’s plan to leave on 31 October with or without a deal fall into the latter category, there would be an instant impact on trade. The UK would switch over to WTO rules, which would instantly apply tariffs to all exports as well as mandatory customs checks at the UK border.

The good news is that the government has pledged to waive most import tariffs for goods coming into the UK in the wake of a no-deal Brexit, so the hope is that there won’t be an instant price increase on guitar gear coming from outside of the UK.

That will be small comfort to UK guitar, amp and effects makers, however. While the UK has waived its tariffs, the rest of the world is in no way obligated to follow suit, meaning that retailers and manufacturers who want to export their goods may have to absorb extra costs to trade internationally.

On the plus side, these tariffs would hopefully not be around forever – the UK’s first priority post-Brexit will be to negotiate its own trade deals with all the countries it currently has deals with through the EU. The problem is that this will take time – trade deals are extremely complicated, and the UK currently benefits from 40 trade deals that involve over 70 countries.

One thing the UK can’t avoid, however, is customs checks. Leaving the EU would significantly increase the number of goods that need to be inspected at the UK border, which could cause delays in stock reaching retailers, and take longer for gear bought from overseas to reach private buyers.

And then there’s global CITES regulations, which restrict the transport of undocumented endangered woods (including rosewood). Currently, CITES restrictions don’t apply to movement of wood between EU nations, but post-Brexit this would no longer be the case.

This could cause a significant logistical hassle for both commercial and private sellers, as any item that uses CITES-restricted woods going to or from Europe would now need the appropriate paperwork. They would also now have to travel through one of the UK’s 10 CITES-designated ports and airports, which currently don’t include the hugely important ports of Dover and Holyhead, or the Channel Tunnel.

But perhaps the most significant effect of a no-deal Brexit on UK guitar buyers is something that would be more generally damaging to the UK economy. A Bank of England analysis of the short-term impact of leaving without a deal suggested that within the first month after leaving the EU without a deal, the value of the pound could settle at a level 25 per cent lower than its current value.

You don’t need to be a financial whiz to determine that, even without tariffs, this would force UK guitarists to absorb an eye-watering price increase for guitars made in the USA, Asia, or indeed anywhere else. On the flipside, it might make UK-made guitar gear cheaper and more attractive to those buying from outside the UK, although that would likely only benefit smaller UK builders.

Although the fortunes of the guitar industry are not a central concern to the leaders in Washington or London, there can be little doubt that these huge economic and political power moves will have consequences for guitar industry that will be felt all over the world. And ultimately, it will likely be the consumer that has to foot the bill.