Get loud without emptying your savings. 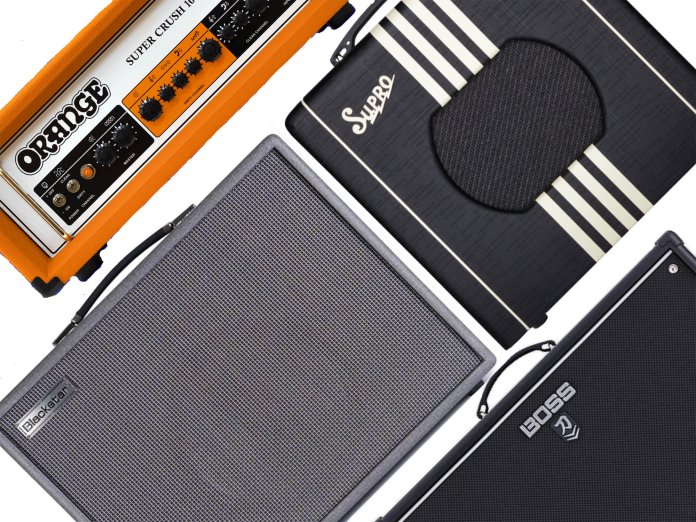 As you dive further into the world of guitar amps you might have noticed something: they can get very expensive. Enthusiasts can easily spend thousands on a new amplifier, but that doesn’t mean you have to drain your bank account to get hold of a solid amplifier.

This list comprises both tube and solid-state amps. It’s best not to get into heated debate as to which is better. Instead consider the intended application of your amp to best choose between heated glass and cool silicon.

This is especially important when you’re on a budget. Is sheer volume what you need? Quality 100-watt tube amps tend to be far more expensive than their solid-state counterparts. However, if you’re looking for a low-volume amplifier for home, studio or even live use, a budget of $500 will get you some great low-power tube options, perfect for cranking in order to get that luscious valve distortion.

This choice also comes down to your specific situation. If you already own a cabinet you love, or are gigging at venues that provide cabinets, then a new head could be what you’re after. If you’re looking for your first amp, or are wanting to change the style of speaker you’re working with, getting a combo is a great way to save some cash. We’ve budgeted the heads and combos the same, to take into account their differing applications.

The best amplifiers under $500 to buy – at a glance 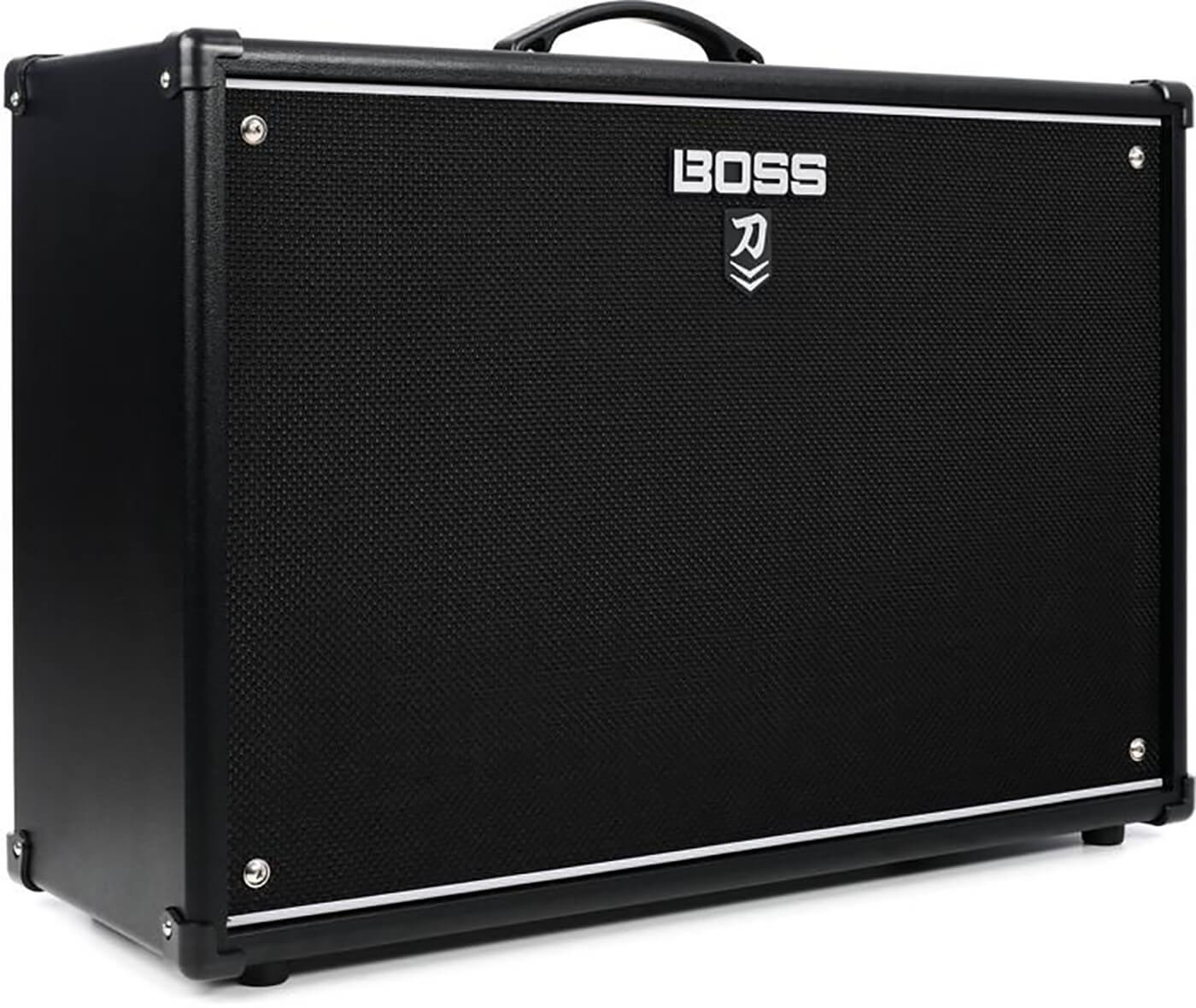 The BOSS Katana’s well-regarded status as an affordable, giggable all-rounder has made it almost a meme in some guitar circles – forever recommended to any newcomer looking for their first amplifier. However, that’s not unwarranted – this iteration is especially easy to recommend, with its updated amplifier models, reliability and power. If you’re yet to collect a wardrobe full of effects pedals, there’s also a handful of onboard options available, and you can have five engaged at a time. There’s also double the number of amp sounds compared to MkI, thanks to the new ‘Variation’ function.

And, with a 100-watt power stage and two 12-inch speakers, it’s more than powerful enough for large gigs. Thanks to the effects loop, you can also leverage this power with the preamp of your choice. 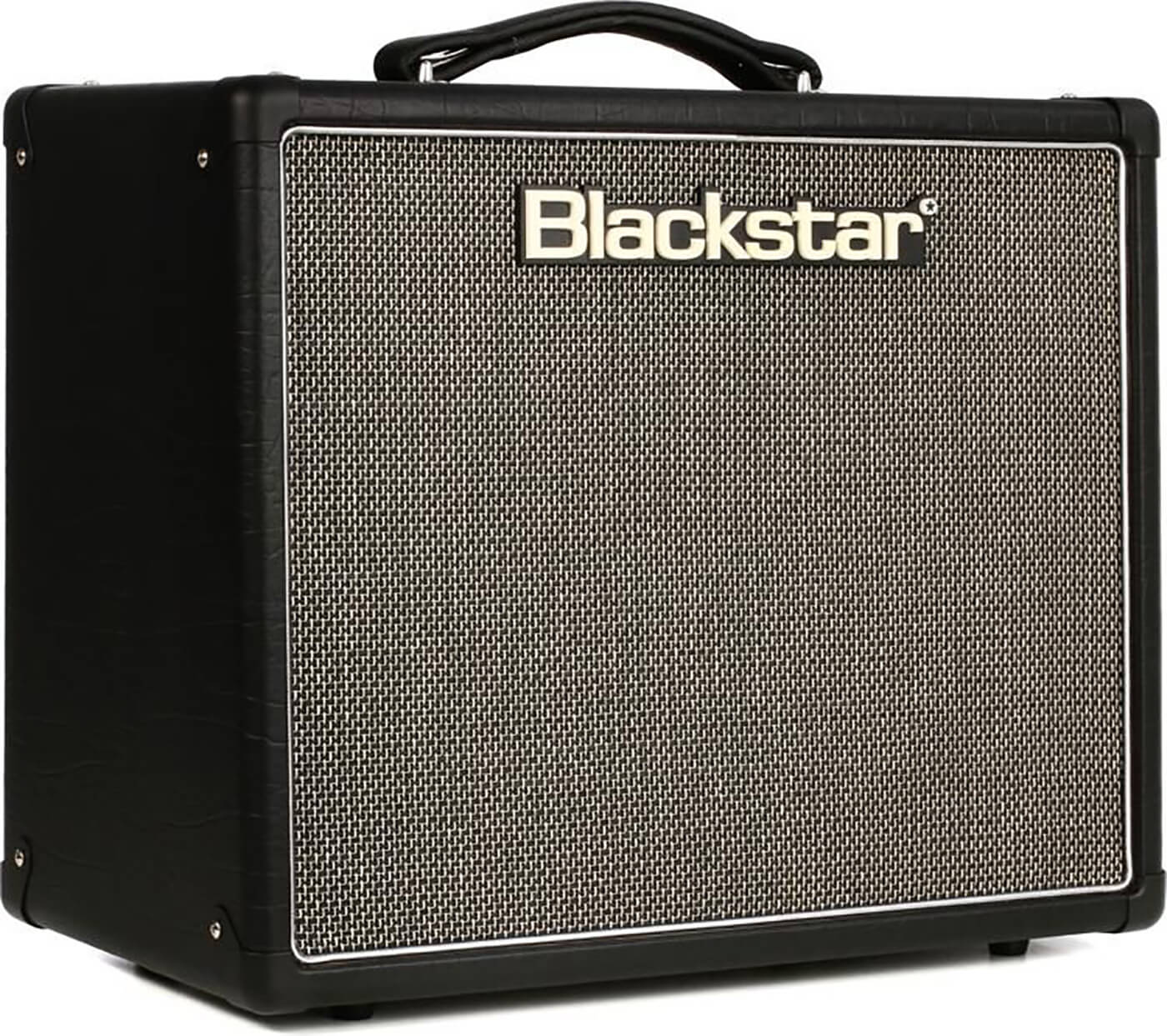 The HT5R MkII condenses all of Blackstar’s most renowned features into a compact five-watt combo with a 12-inch speaker. Two channels – clean and overdrive – inbuilt reverb, the brand’s patented ISF feature, three-band tone stack, a USB audio out, XLR DI out, and a power reduction switch to take you down to 0.5 watts are its standout features. Tube-wise, the HT5R MkII has a 12AX7 in the preamp and a 12BH7 in the power amp. It does go slightly above the $500 mark, but its sheer versatility earns its place on this list. 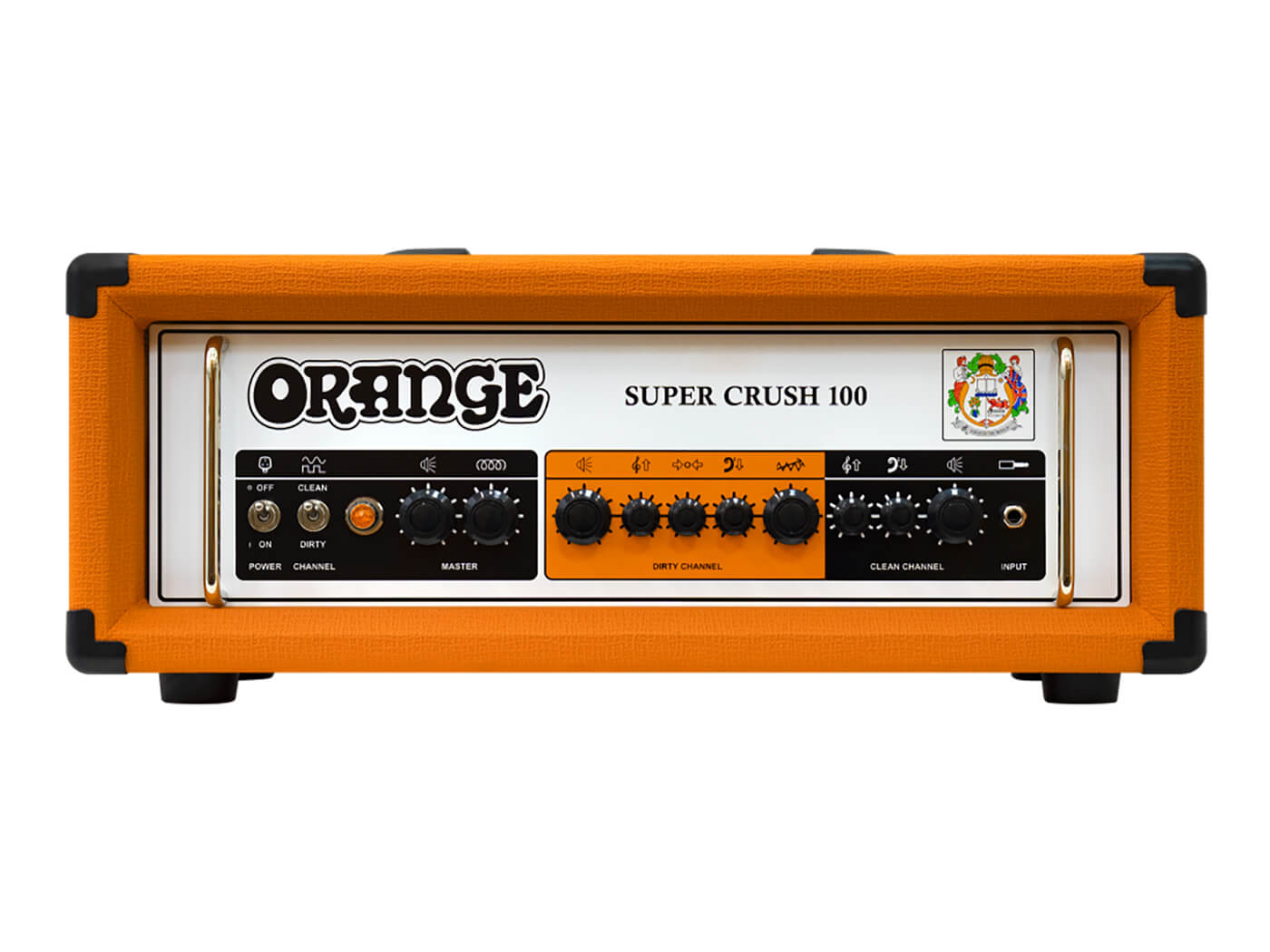 The recently-announced Super Crush 100 head from orange is a great option for those looking for the volume and presence of a Rockerverb – for a third of the price. Iterating on the well-received Crush Pro, the Super Crush uses JFET transistors rather than op-amps to more accurately capture the vibe of a tube amplifier, and comes complete with a dirty and a clean channel. There’s no digital amp modelling here, in fact, the only digital part of the signal chain is the reverb. Even the rear cab-sim is analogue.

There’s more than enough gain on tap for the crushing, thick metal tones the Rockerverb is famous for, but the amp will stay sparkly clean at high volumes if you need it to.

The power-amp stage is actually just the Orange Pedal Baby 100, integrated into the output stage of the amp. Its standalone version provided a powerful and clean way of amplifying a preamp or a pedalboard, and so pairing it with a quality preamp stage from Orange is an easy path to amplifier happiness. 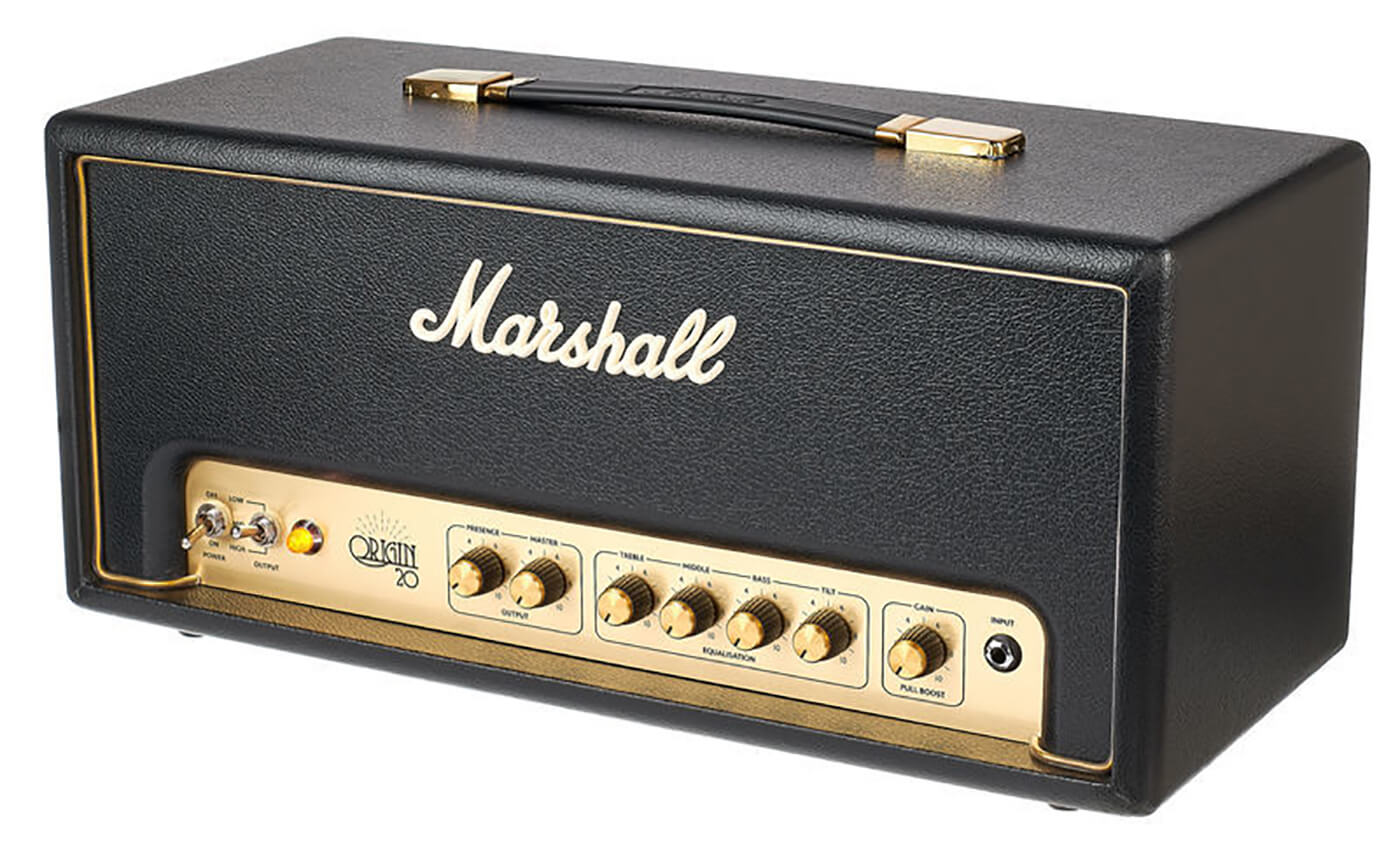 + Switchable to 20, 3 or 0.5 watts
+ Footswitchable pull-boost for two-channel-style operation
– Less low-end on tap than some amps

The Origin’s name and aesthetics suggest a recreation of a truly old-school Marshall, but in fact, this amp should please both traditionalists and modernists. There’s classic Marshall tube tones and styling combined with a bunch of useful contemporary features, such as power switching, an effects loop and a DI-out.

Unsurprisingly, the amp’s beefy EL34 preamp tubes (rather than the more common EL84s) offer up plenty of crunch, and for even more, you can engage the pull-boost on the gain pot (or with a footswitch) to push it even further. For a more esoteric tone-tweaking experience than the tone stack, the Tilt control lets you blend between British and American-style drive voices for a perfect mix of high-mid attack and saturated chunk. 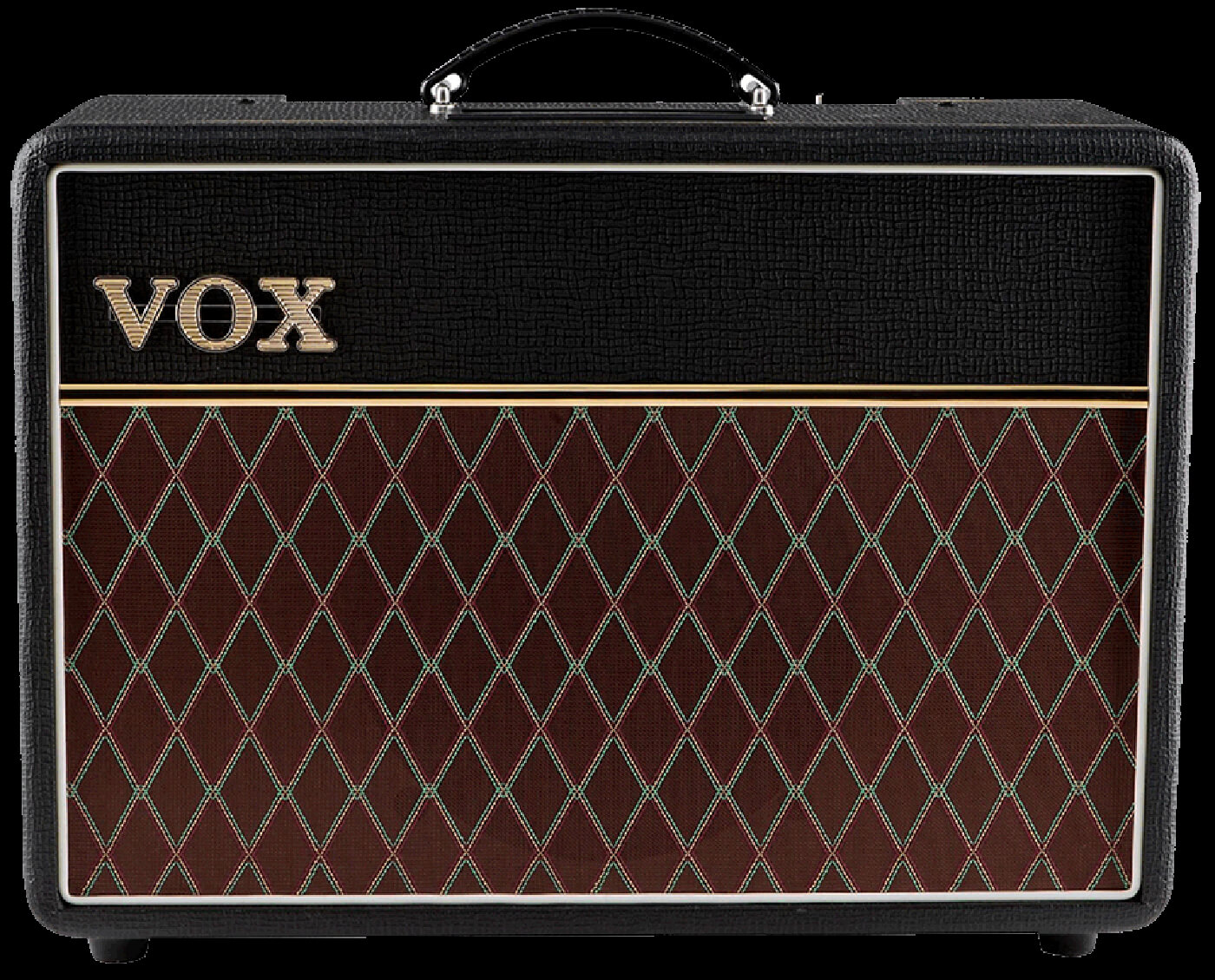 Made in China, this amp is more of a re-imagining of the original Vox AC10 than a reissue. The Custom version has a single channel with bass and treble controls that are based on Vox’s Top Boost circuit. The tremolo is omitted but you get reverb instead. The originals were non-master volume amps, but the C1 has separate gain and master volume controls. 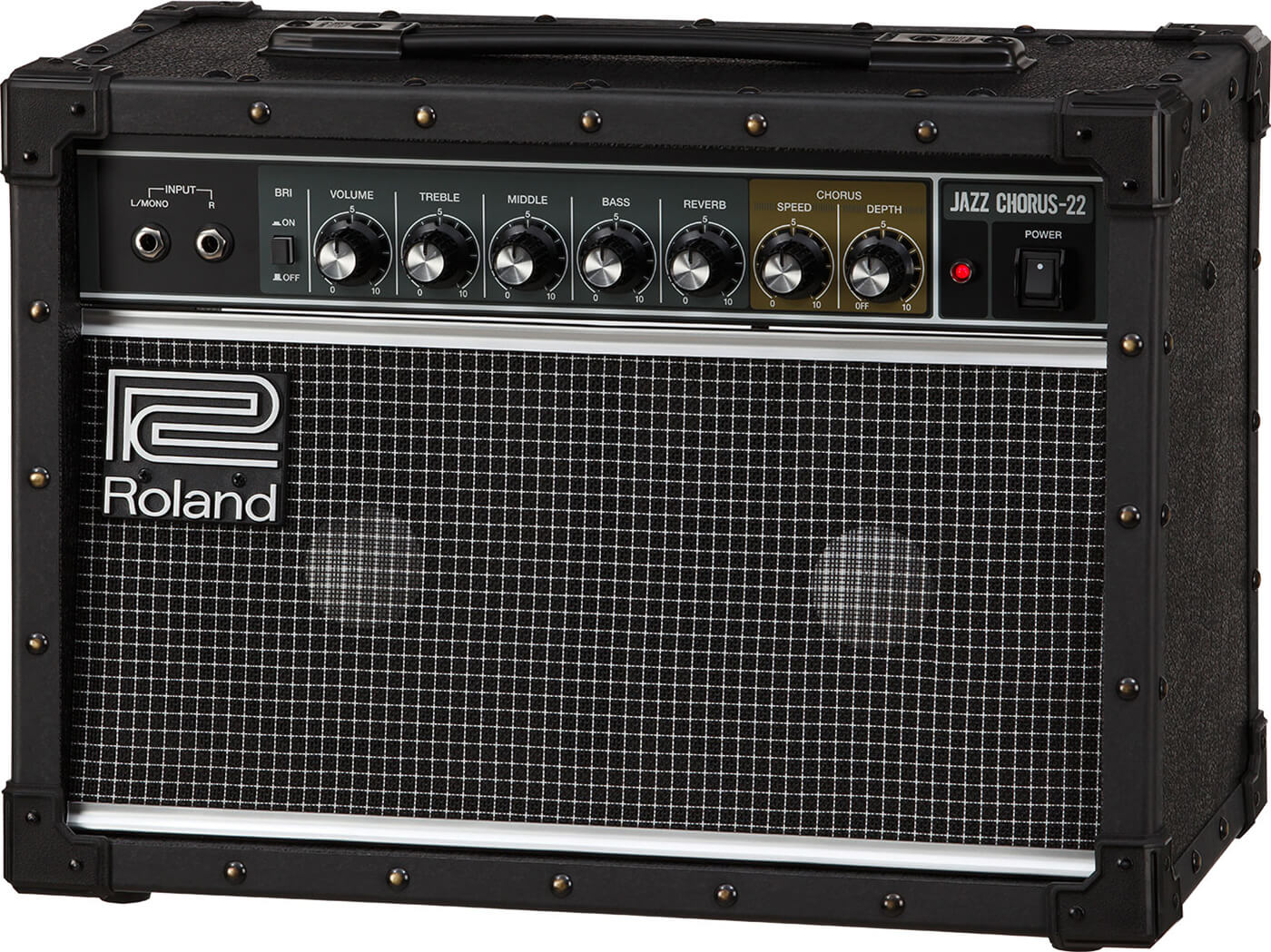 The JC-22 takes the Jazz Chorus, one of the most iconic solid-state amplifiers and shrinks it down to a 30-watt format with two 6.5-inch speakers. Keeping the stereo capabilities that the range is known for, as well as the reverb and Space Chorus effects for some extra depth.

The preamp found in the Jazz Chorus range makes it one of the most acclaimed pedal platforms, something made even more appealing if you do use stereo pedals. The 30 watts of power is enough for a wide range of gigs, if you don’t mind your stage volume being quieter. The smaller speakers, in comparison to the JC-40 or JC-120, do mean a little less low-end, however that can be a benefit if you want to practice at low volume. 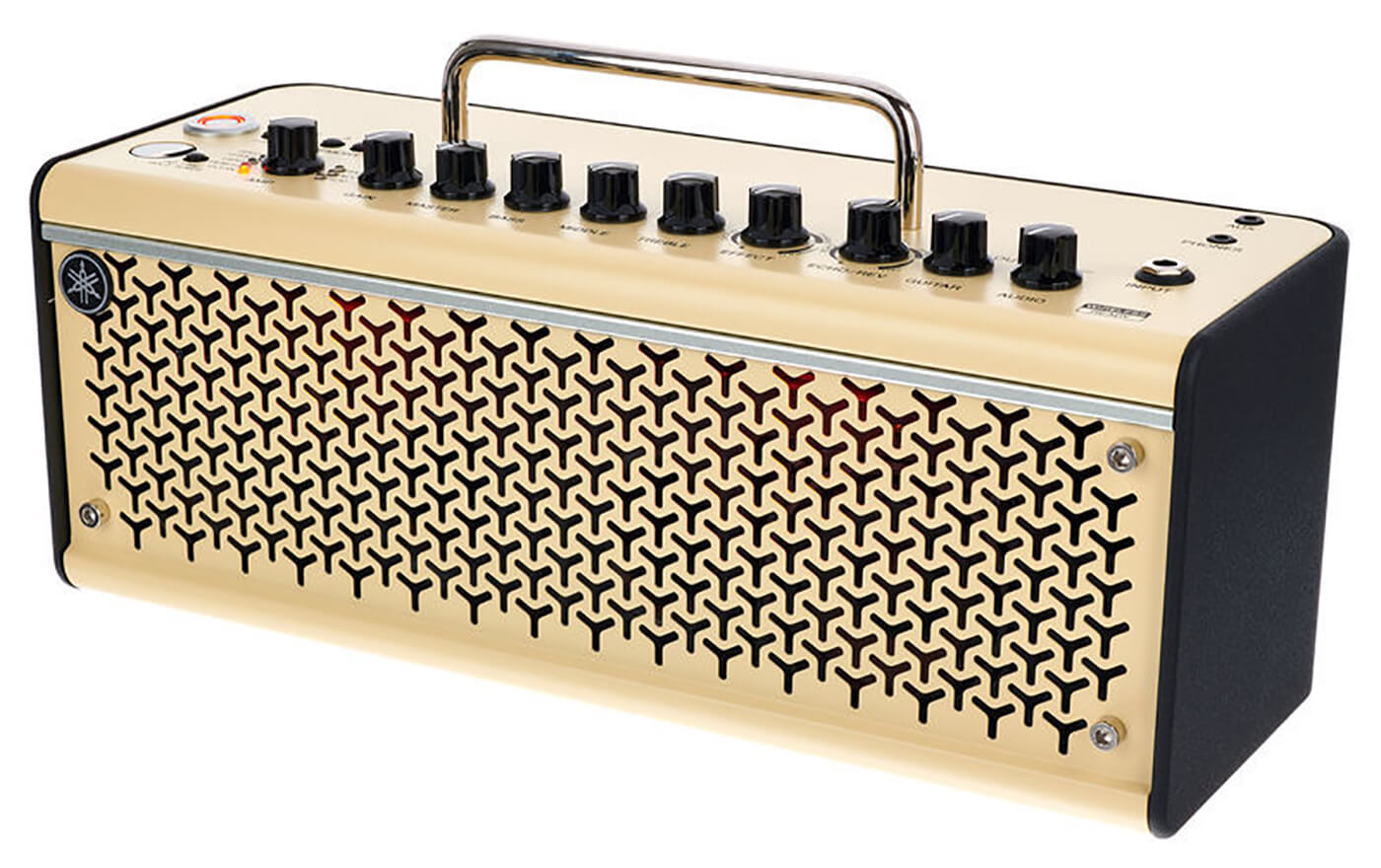 If you’re looking for a great practice amplifier, the THR10IIW is an excellent choice. It’s small and stylish, as much at home on a desk next to a recording workstation as it is on a coffee table. It offers great tones out the box, with five amplifier models ranging from clean to high-gain. For the recording guitarist, you can forgo an interface as it can connect to a DAW directly via USB, which is useful if you want to record without incurring a noise complaint.

Saving even more space are the onboard effects, with a suite of delay, reverb and modulation options available. There’s even a tuner built into the face of the amp, making it a true all-in-one solution.

While it might not bring the sheer power of some of the other amps on this list, here your money’s going towards portability, convenience and connectivity rather than brute force. 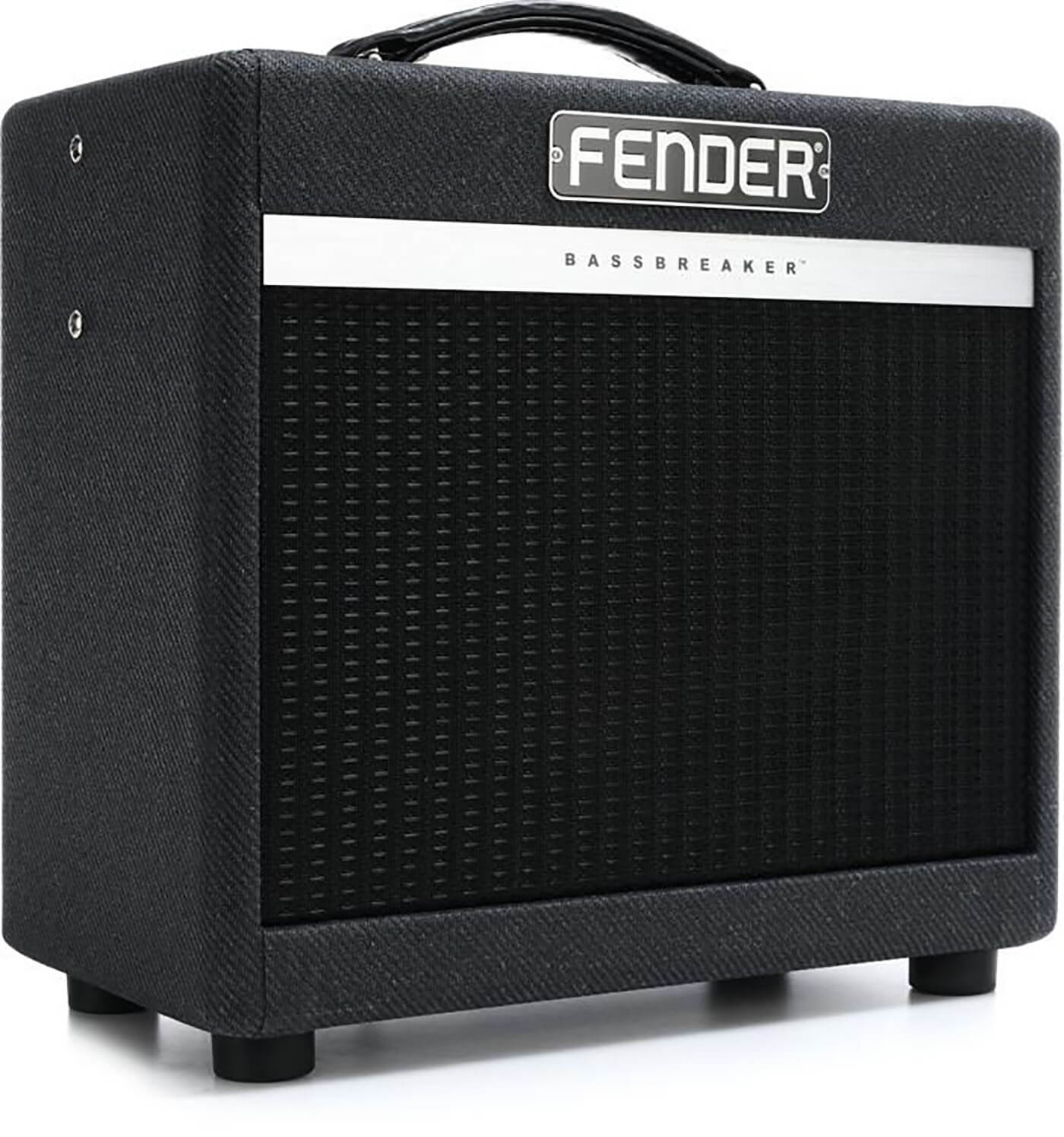 The smaller sibling to the Bassbreaker 15, this seven-watt combo from Fender is much like its namesake secret agent: good-looking, rugged, versatile and deceptively powerful. With the master and mids cranked and gain at 9 o’clock, it’s the kind of touch-sensitive experience you either have to push a Vox into the red or go well into four figures in the boutique market to get. The treble boost is more akin to the pedal type of treble boost, rather than a pure boost of high end – think saturated Brian May or Tony Iommi tones. 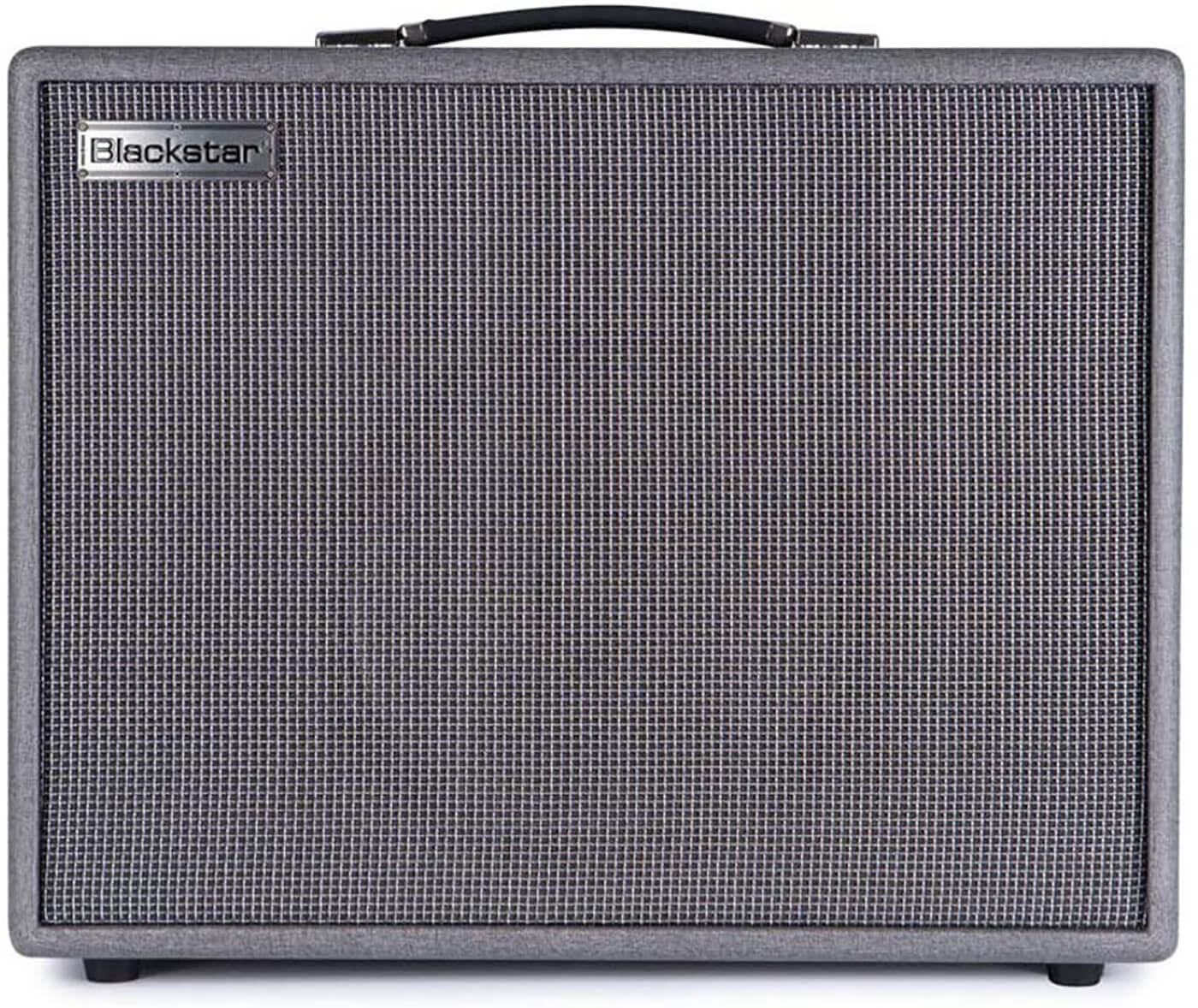 The Silverline Deluxe leverages the power of a SHARC DSP chip to create a very versatile amplifier head. In a way, there are 32 different amplifier heads contained within, thanks to Blackstar’s modelling technology – with six preamp voices ranging from clean to heavy distortion, alongside six simulated power amp responses. You can select between models of KT88, 6L6, KT66, EL34, 6V6 or EL84 tubes, responding in that saturated, lively way that makes valve amps so appealing.

The 100 watts on tap here will give you more than enough power to fill a venue, and thanks to the power amp tube modelling, the amp will retain its responsive feel when cranked. It also looks the part, too, which is always good. 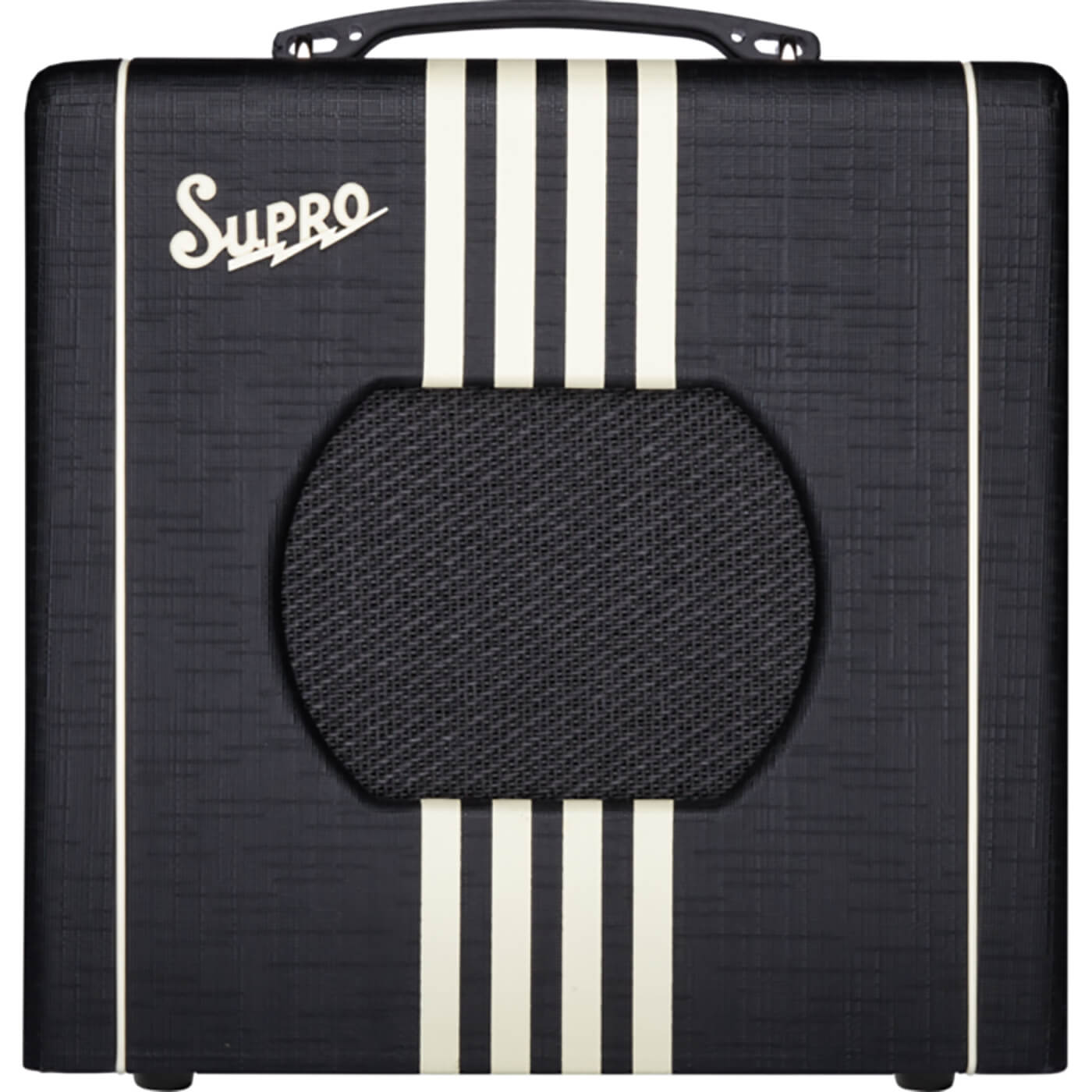 This little amp has one preamp tube and one power amp tube offering one watt of power driving an eight-inch speaker. So it’s probably not going to compete on stage if your rhythm guitarist plays through a 4×12, but that’s definitely not the intended use of the Delta King 8. For recording, you can crank it to full and mic it up to get some delicious tube overdrive without blowing out any windows. For a small amp, it also cleans up in a remarkably sweet and full way.

Thanks to the line-out on the amp’s rear panel, it can also be used as a tube preamp before a larger amplifier or as a direct recording preamp. Or just use it as a small practice amplifier if you just can’t stomach the idea of digital modelling.