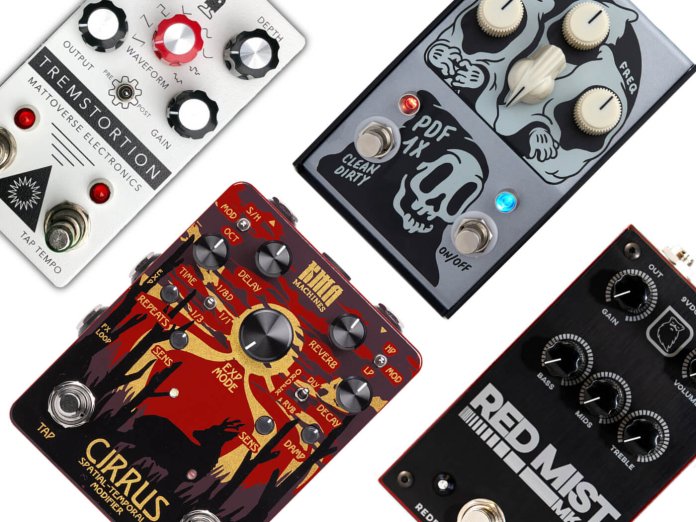 Mod Kits’ latest DIY pedal is The Saturator, which is designed for simple-yet-effective overdrive sounds. While the stomper is fully capable of delivering a saturated snarl, it can be used as a completely clean boost, with up to 30dB available. It’s only rated ⅖ in terms of difficulty, so this may prove to be a great entry point into DIY.

Boss has just announced the DD-3T, an update of its hugely popular DD-3 delay pedal. The new stomper retains much of the original’s circuitry and core controls. New to the DD-3T, however, is a tap-tempo that can be accessed via the onboard switch or an external footswitch. The new pedal was announced alongside the DD-8, which is an update of the DD-7. 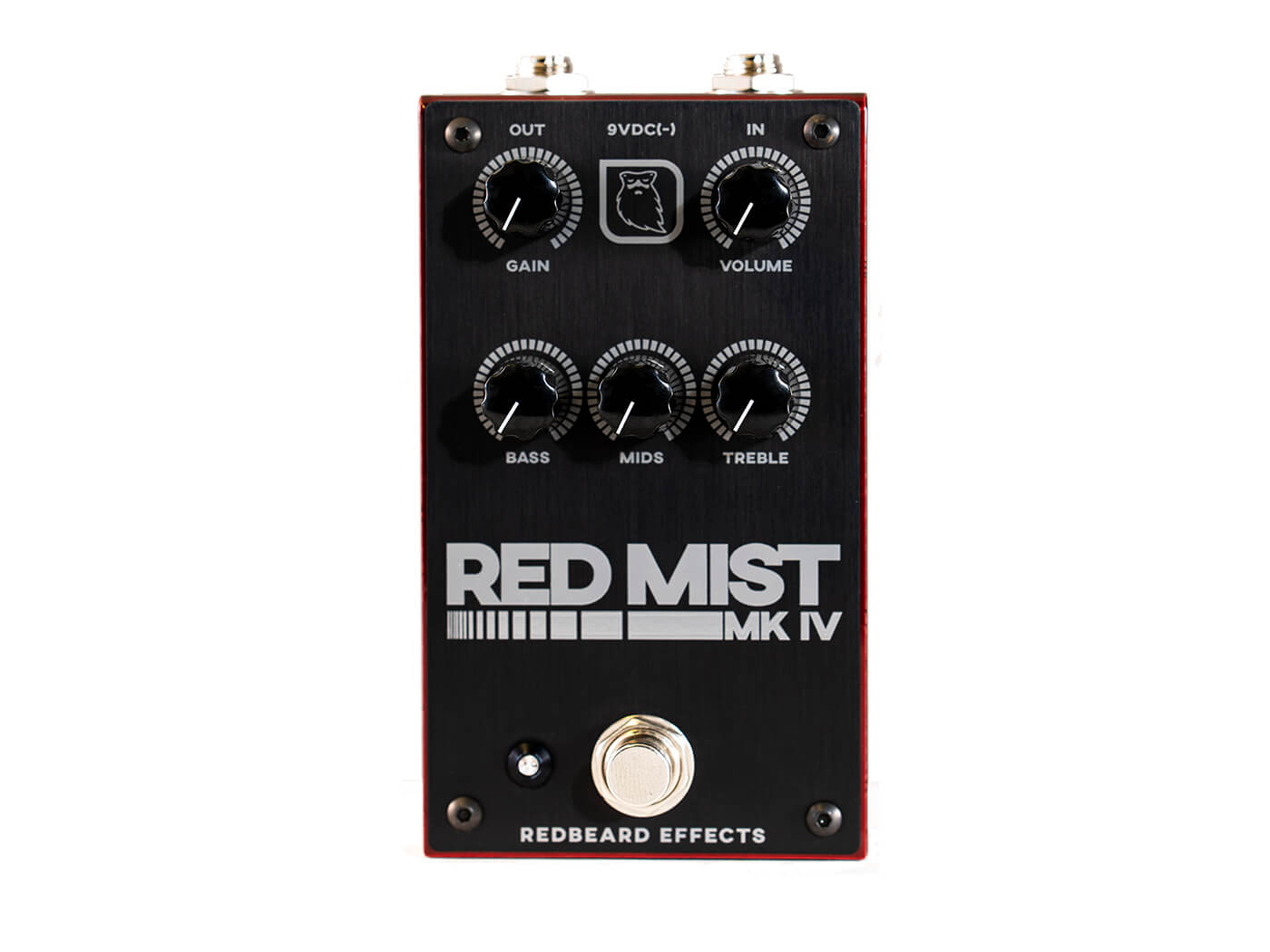 Redbeard Effects owner, Skindred guitarist and bona fide gear-head Mikey Demus’ effects company has just unveiled the Red Mist MKIV. This is a medium-to-high gain drive pedal designed for amp-like tones. With its 100 per cent analogue circuit and adaptive mids control, the Red Mist MKIV is said to deliver a characteristic voicing that cuts through the mix.

Created in collaboration with shred artist Andy James, Revenant is STL’s first-ever physical product. The brand is more commonly known for its guitar plug-ins and Kemper amp profiles. Where tone is concerned, the Revenant preamp pedal is designed for high-gain, but dialing back your axe’s volume or the gain knob unlocks a more articulate overdrive. As you might expect from STL, the pedal is also available in an emulated form. 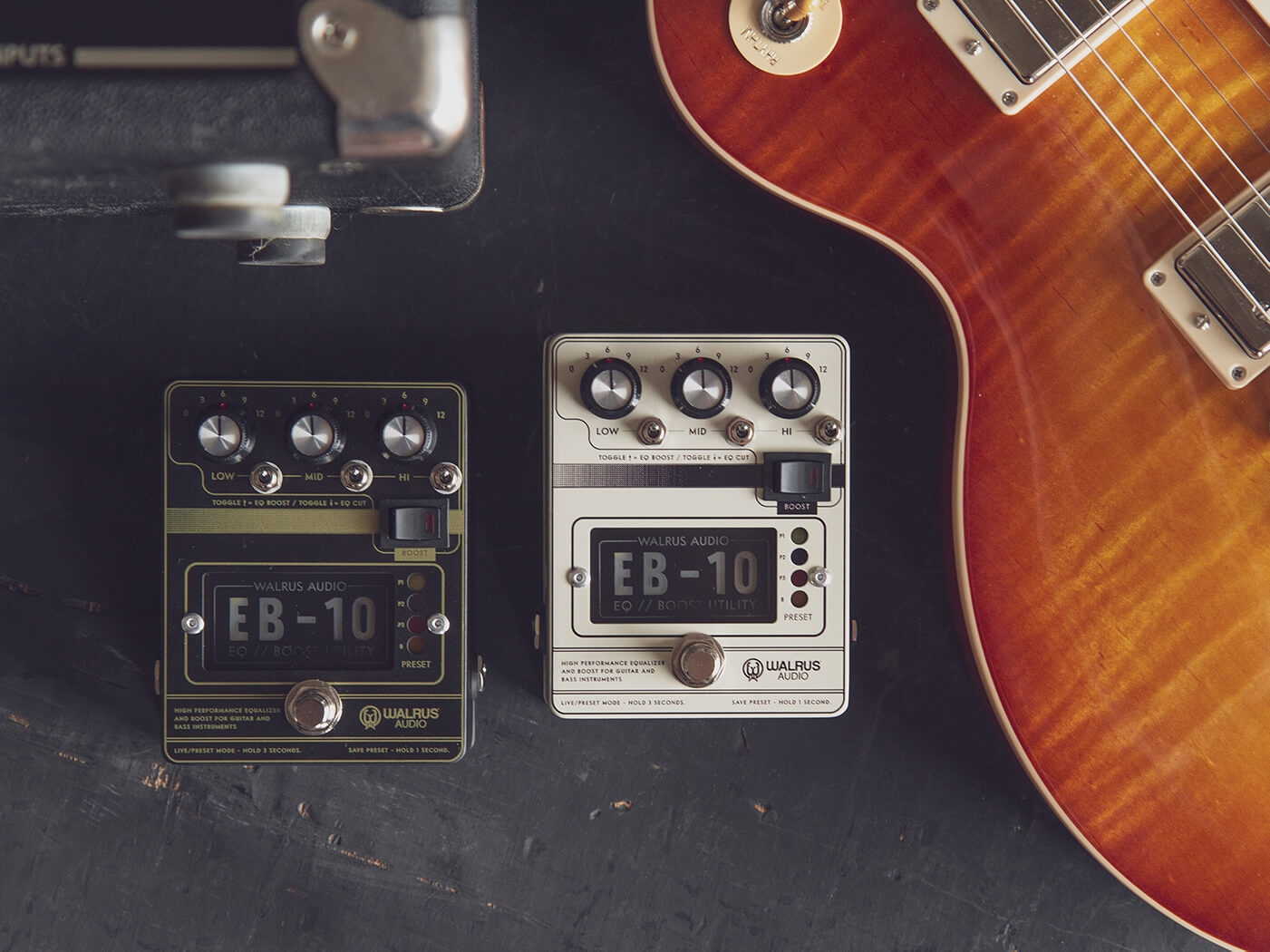 Walrus Audio has rebranded the Defcon4 EQ/boost unit, which was a collab with Ryan Adams, as the EB-10. This follows the discontinuation of the Defcon4 after sexual misconduct allegations against Adams earlier this year. Apart from an aesthetic overhaul, the EB-10 also offers more tone-sculpting options and a lower price. Read our review here.

Mooer has updated the GE100 Multi-effects unit with the GE150. While it retains its forbear’s compact nature, the GE150 comes beefed up with updated amp models and offers on-the-go recording. The latter is achieved through two USB ports which allow the device to function as a portable audio interface. Simply connect a compatible device, and you’re ready to go.

Cirrus is a reverb-delay pedal that represents KMA’s first foray into fully digital effects. Cirrus features expansive parametric controls for both effects, an expression pedal and an effects loop to boot. Both effects have three distinct sounds, selectable via two toggle switches. You’ll also be able to choose the order of the effects, with delay going into reverb or the inverse. 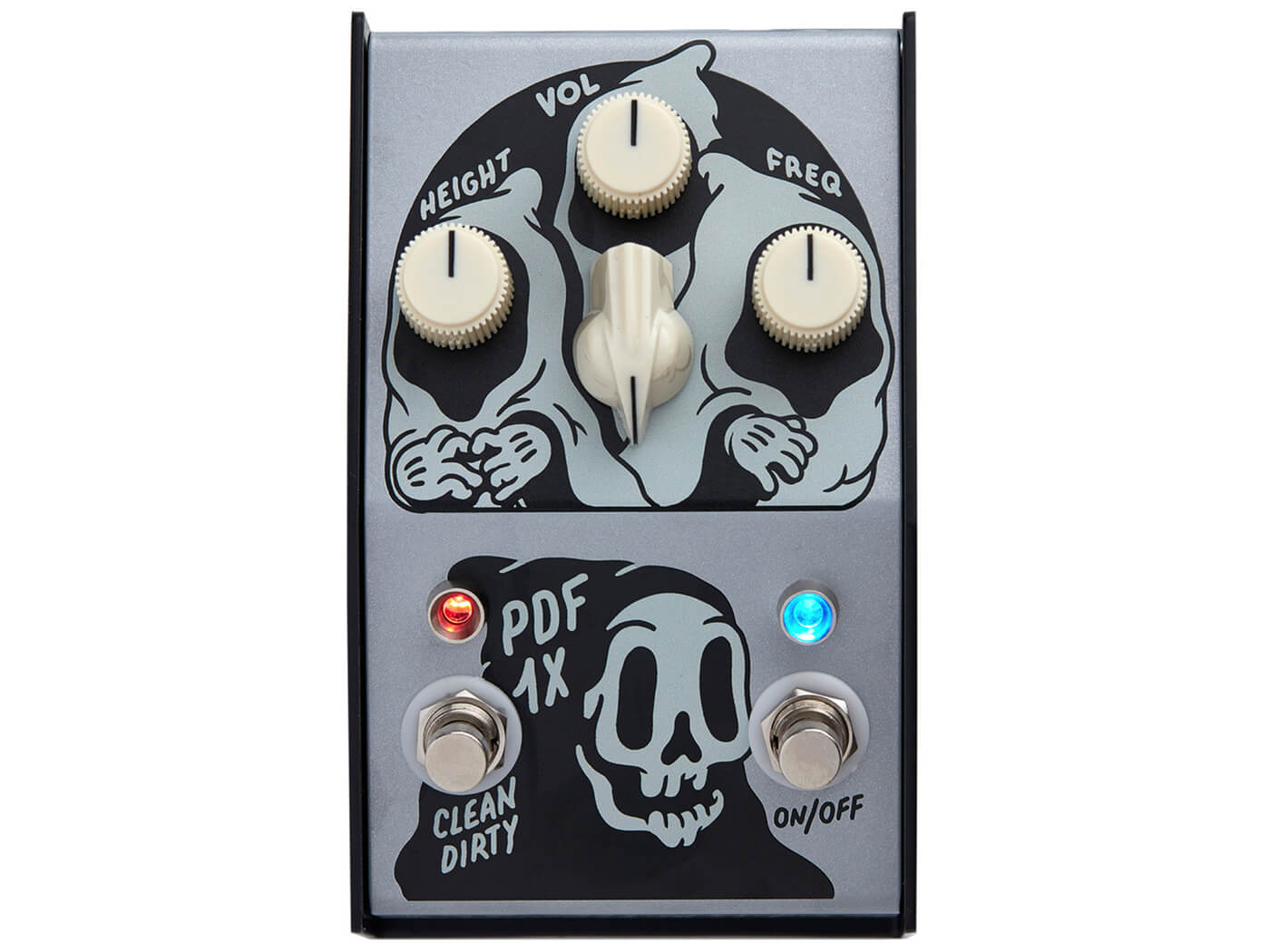 The PDF-1X is a limited-edition stomper in which Stone Deaf has combined its PDF-1 and PDF-2 pedals. New on this effect is a volume control that allows it to push amps – or other effects – further. It takes the place of the gain knob, which has been relegated to a “set-and-forget” trim pot located with the pedal itself. 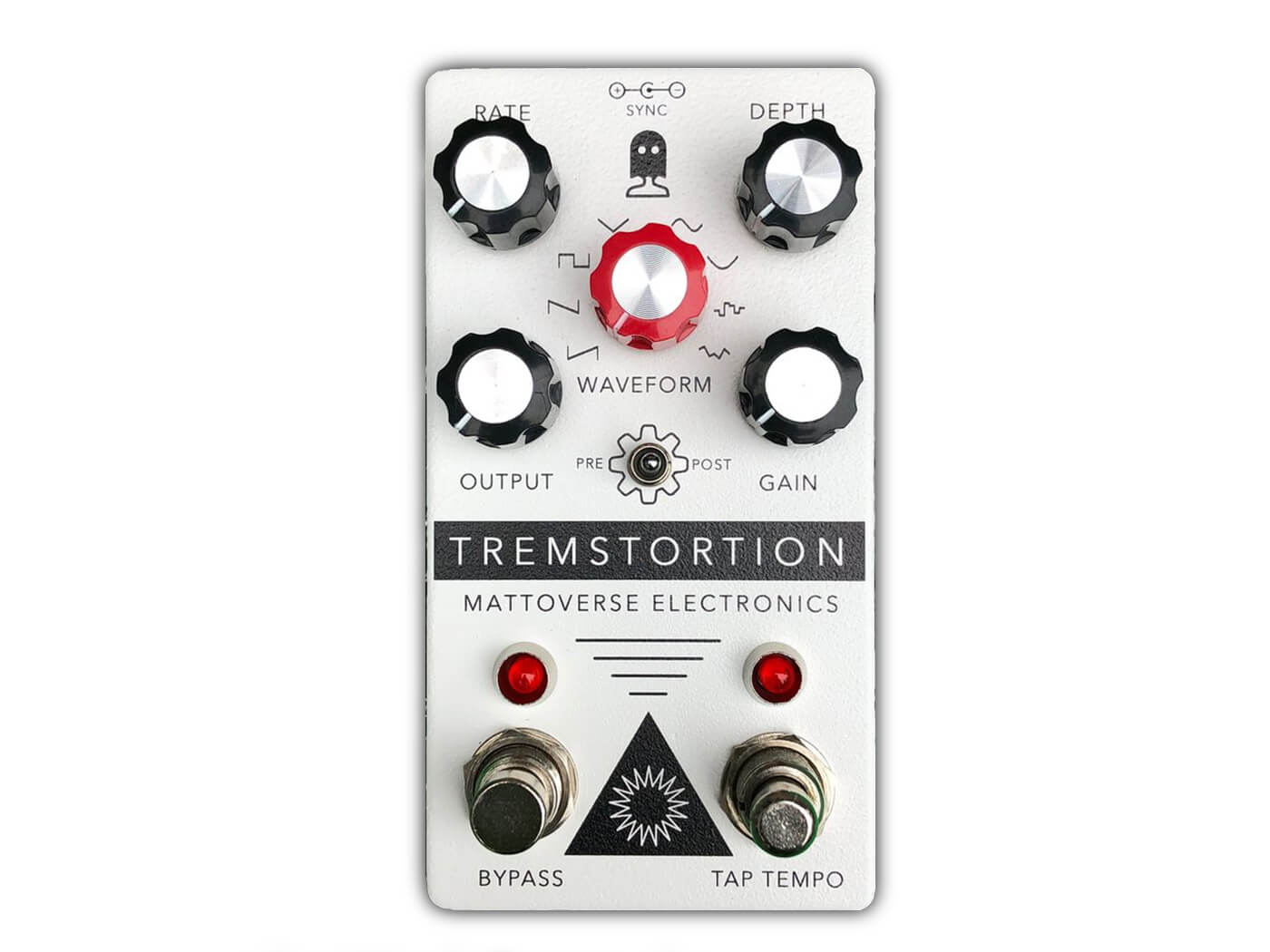 Mattoverse Electronics’ new pedal, Tremstortion, does exactly what it says on the tin. It combines analogue tremolo and distortion into one convenient pedal. On the tremolo side of things, the Tremstortion offers eight waveform options, ranging from square to sine to random pulse. Distortion is a little more straightforward, with a gain single knob dialing in pristine cleans, a transparent crunch and everything in-between. 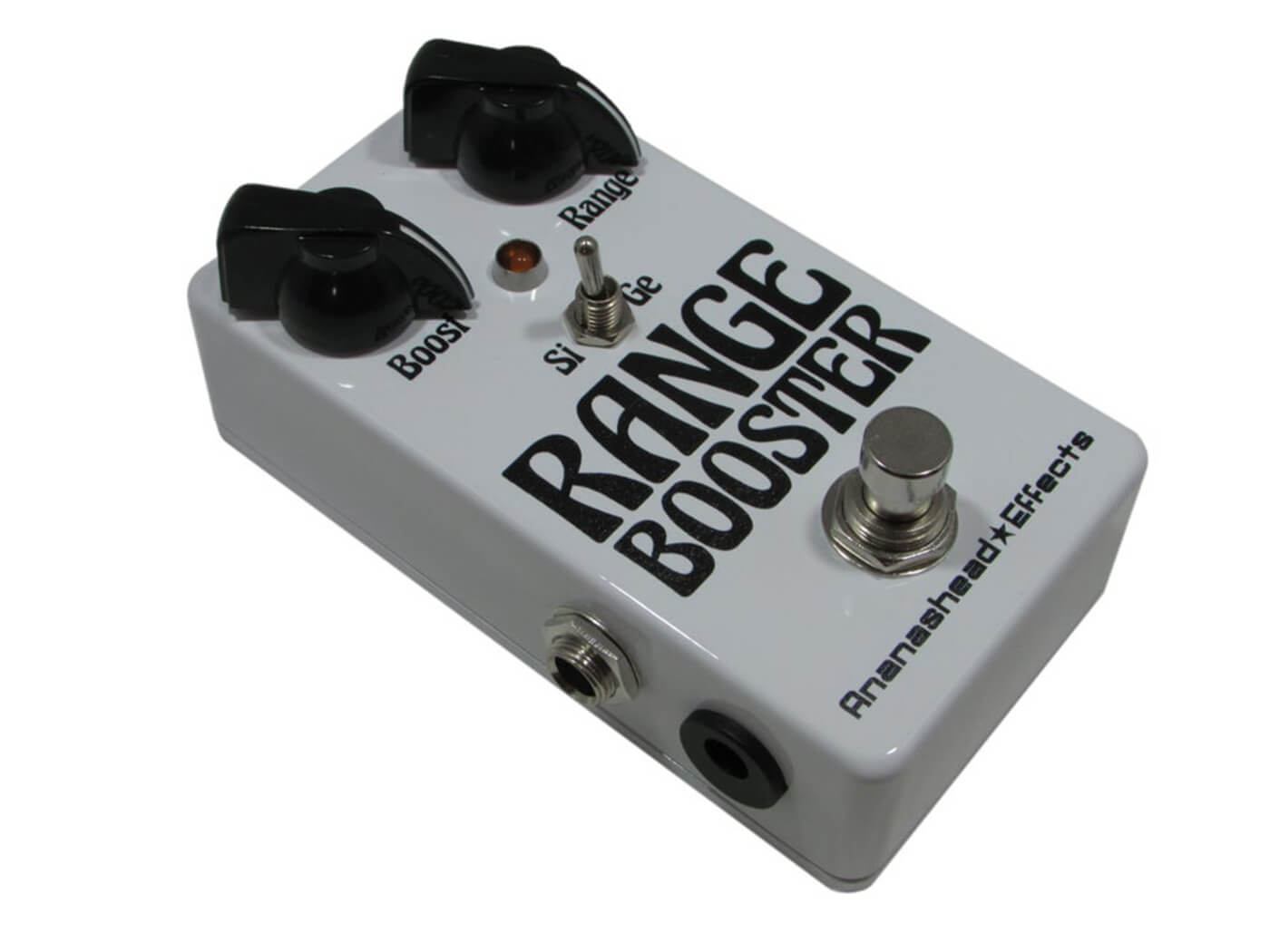 Wrapping up this list is Ananashead’s Range Booster, which is the brand’s play on the iconic Dallas Rangemaster. This iteration, however, features both germanium and silicon transistors. According to the brand, the former offers classic treble booster sounds, while the latter provides a better signal-to-noise ratio.