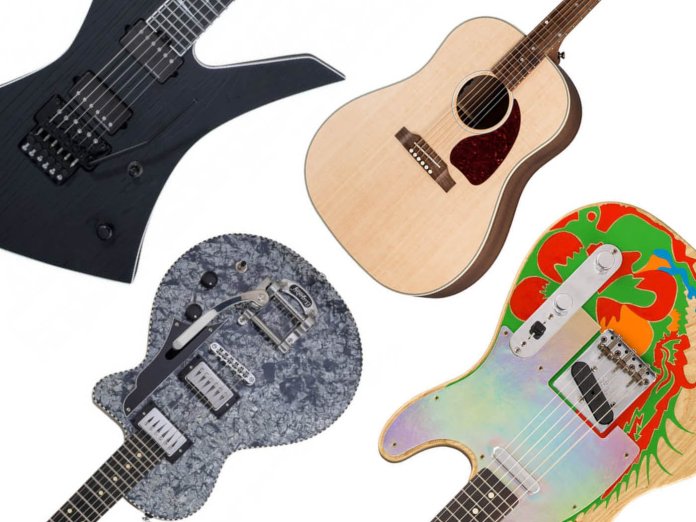 Every month, we’ll compile a few lists of gear that’s fresh out of the oven. Here’s one devoted to electric and bass guitars.

If you’re a fan of Rick Vito’s slide blues, then this is the guitar for you. It features a single-action truss rod and a satin finish on the neck’s back – perfect for smooth movement along the neck. 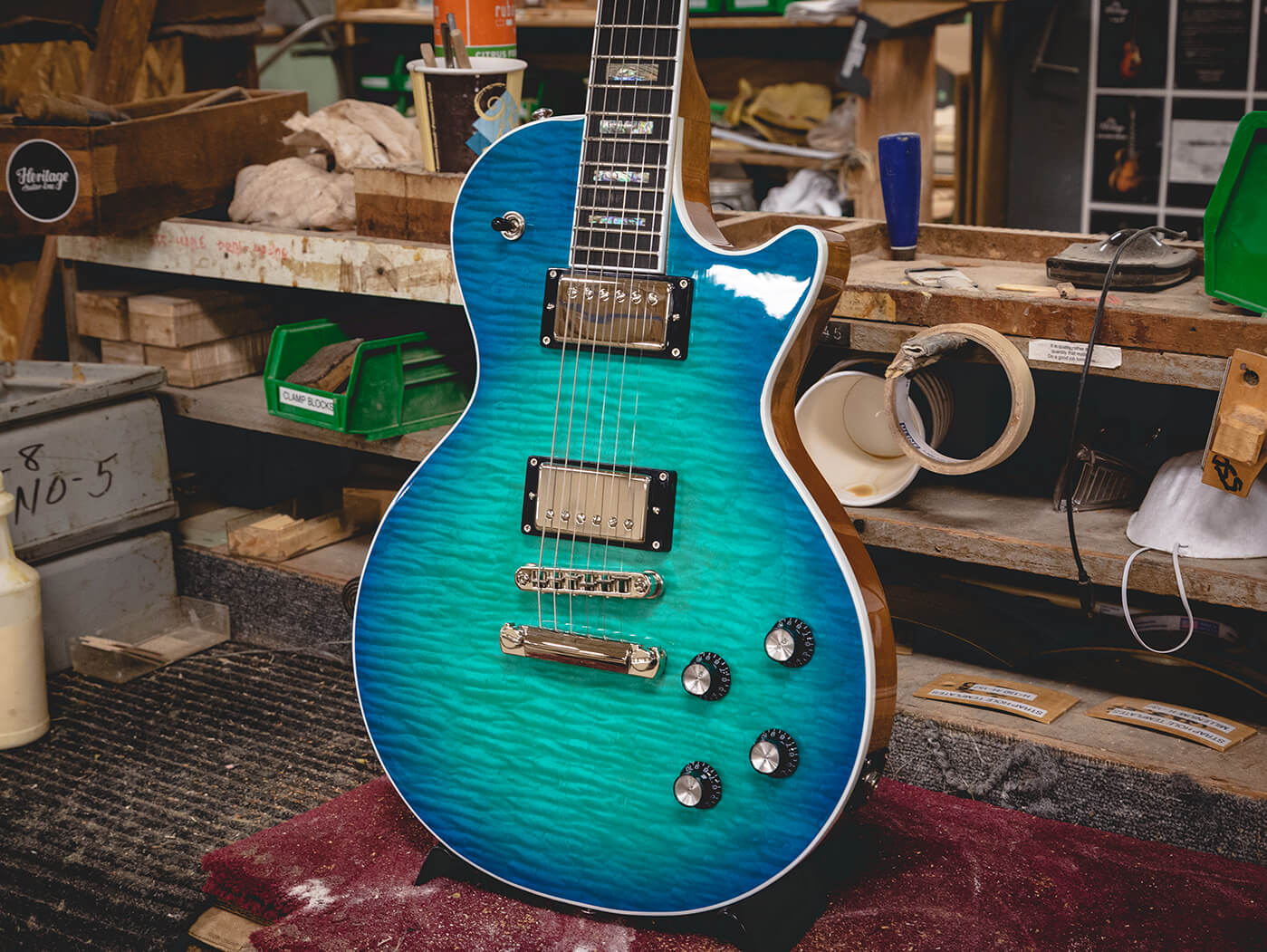 Overseen by Heritage master builder Pete Farmer, the Custom H-137 is crafted with immaculate attention to detail. It stands out with a figured curly maple veneer wrapped in a stunning Neptune Blueburst finish.

This stunning semi-hollow is pegged as a “Swiss army knife” of tones, thanks to its versatile Seymour Duncan pickup combo: a ’59 at the bridge, and a Jazz at the neck. It also sports a slimmer headstock design, touted to provide a better balance across the instrument.

This fearsome Black axe gets its growl from two Seymour Duncan Jeff Loomis Signature Blackouts humbuckers. In terms of tonewoods, it features an ash body, a sandblasted ash top, and a one-piece maple neck-through-body.

Here’s a seven-string that’s spec’ed for fast, ferocious playing. It’s loaded with a pair of DiMarzio humbuckers, and is packaged in a sleek Satin Sage Green finish.

Fender and Jimmy Page have teamed up to recreate the legendary guitarist’s famed 1959 Telecaster. The latter was Page’s main axe on the Led Zeppelin I album, and is best remembered for being played with a violin bow during a 1969 live rendition of Dazed and Confused. 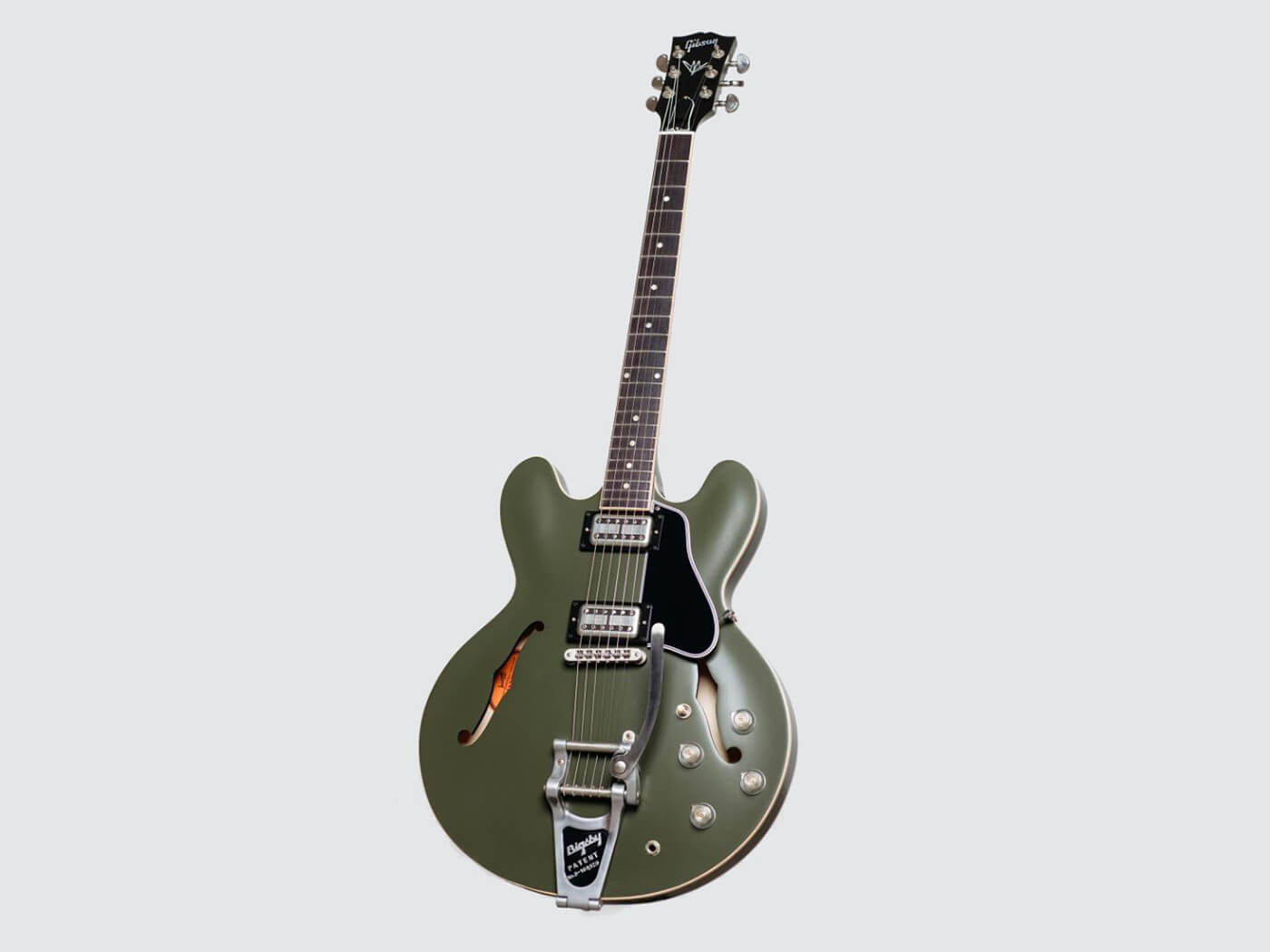 In honour of the late Chris Cornell, Gibson has released a special ES-335 model. The axe is loaded with Lollartron humbuckers and decked in an Olive Drab Satin finish. As a final touch, you’ll find a mother-of-pearl Chris Cornell ‘signature’ inlay at the peghead. 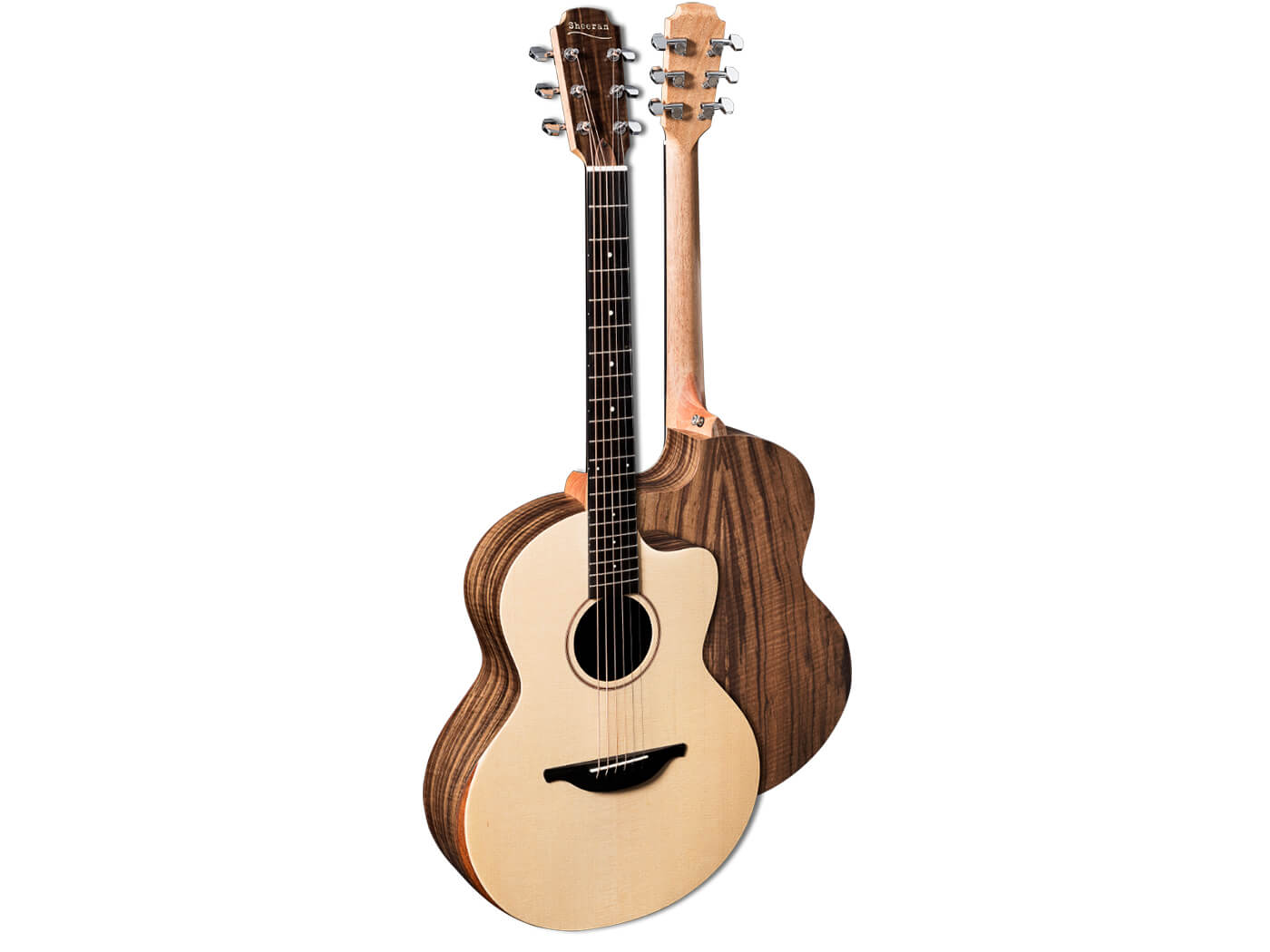 Despite its player-friendly size, this cutaway model is still a Lowden at heart. It features a fine selection of tonewoods, and is designed to produce deep voice with a well-balanced tone.

The Builder’s Edition 717e headlines Taylor’s new Grand Pacific series. It pairs a slope-shouldered dreadnought design with the brand’s innovative V-Class bracing. As for tonewoods, the guitar features a torrefied Sitka spruce top as well as rosewood back and sides.

Gibson is targeting a new generation of guitar players with the G-45 Studio. It features the iconic round-shouldered profile of the J-45, a solid Sitka spruce top, as well as walnut back and sides.