Have a monster of an amp stack at home but can't crank it? Pick up one of these attenuators. 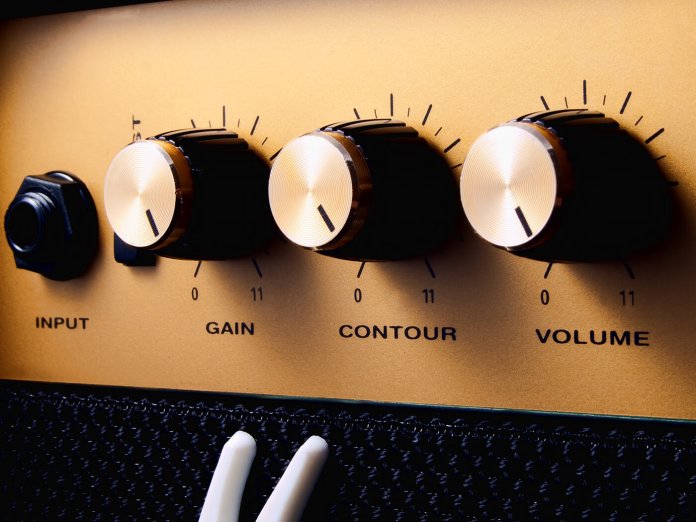 When choosing your attenuator, you must consider power handling and impedance. Also decide whether a stepped attenuator control with preset increments will be OK for you, or if you’d prefer the finer range of a continually adjustable control. Other potentially useful features may include equalisation controls and impedance switching. Dummy load switching will safely silence your amp and the direct output can be routed to a power amp for re-amping. With that in mind, here’s our breakdown of the ten best attenuators on the market today. 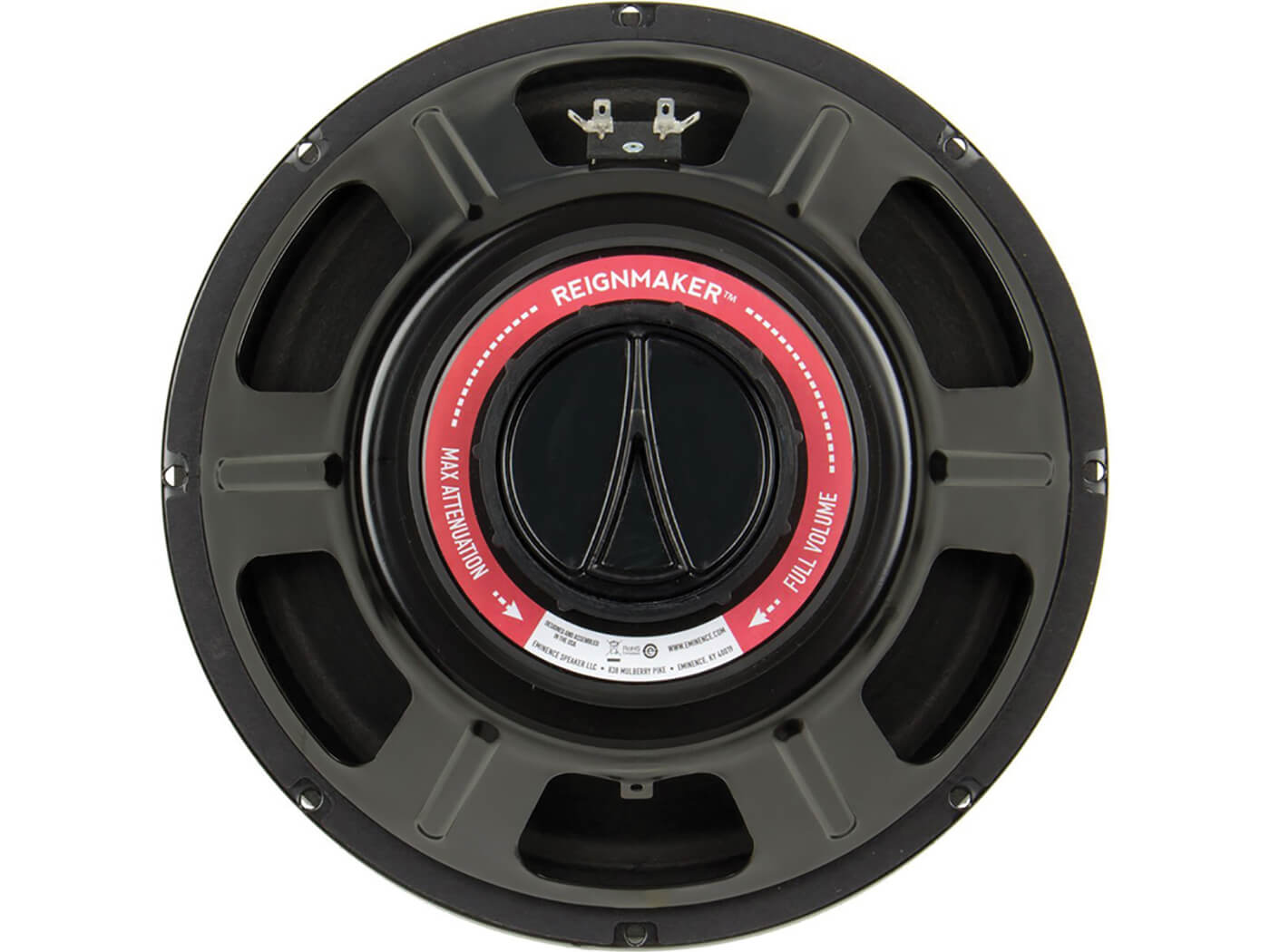 US manufacturer Eminence offers two speakers with flux density modulation. The Reignmaker is the British-voiced model and the Maverick is voiced for American tones. Available in 8- or 16-ohm impedance with 75-watt power handling, you can adjust the attenuation level by turning the rotary control at the back of the speaker itself. 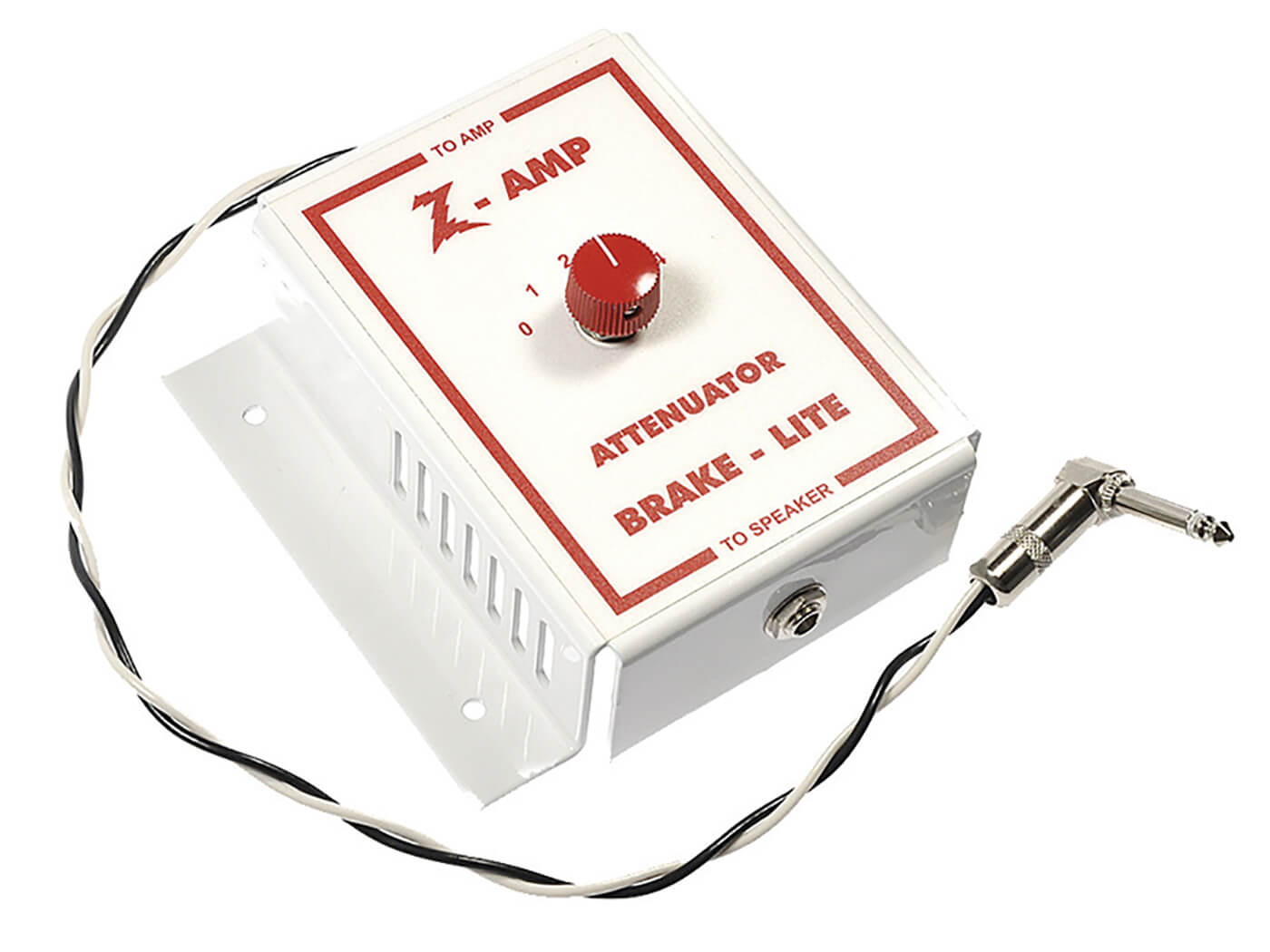 Specially designed to mount inside a combo amp, the unit is attached to an inside wall of the cabinet using two fixing screws. There are fixed wires and a jack to plug into the speaker out of the amp and a jack socket where you can plug in your speakers. It works with valve amps up to 45 watts and can be used with 4-, 8-, or 16-ohm loads. A standalone version is also available. 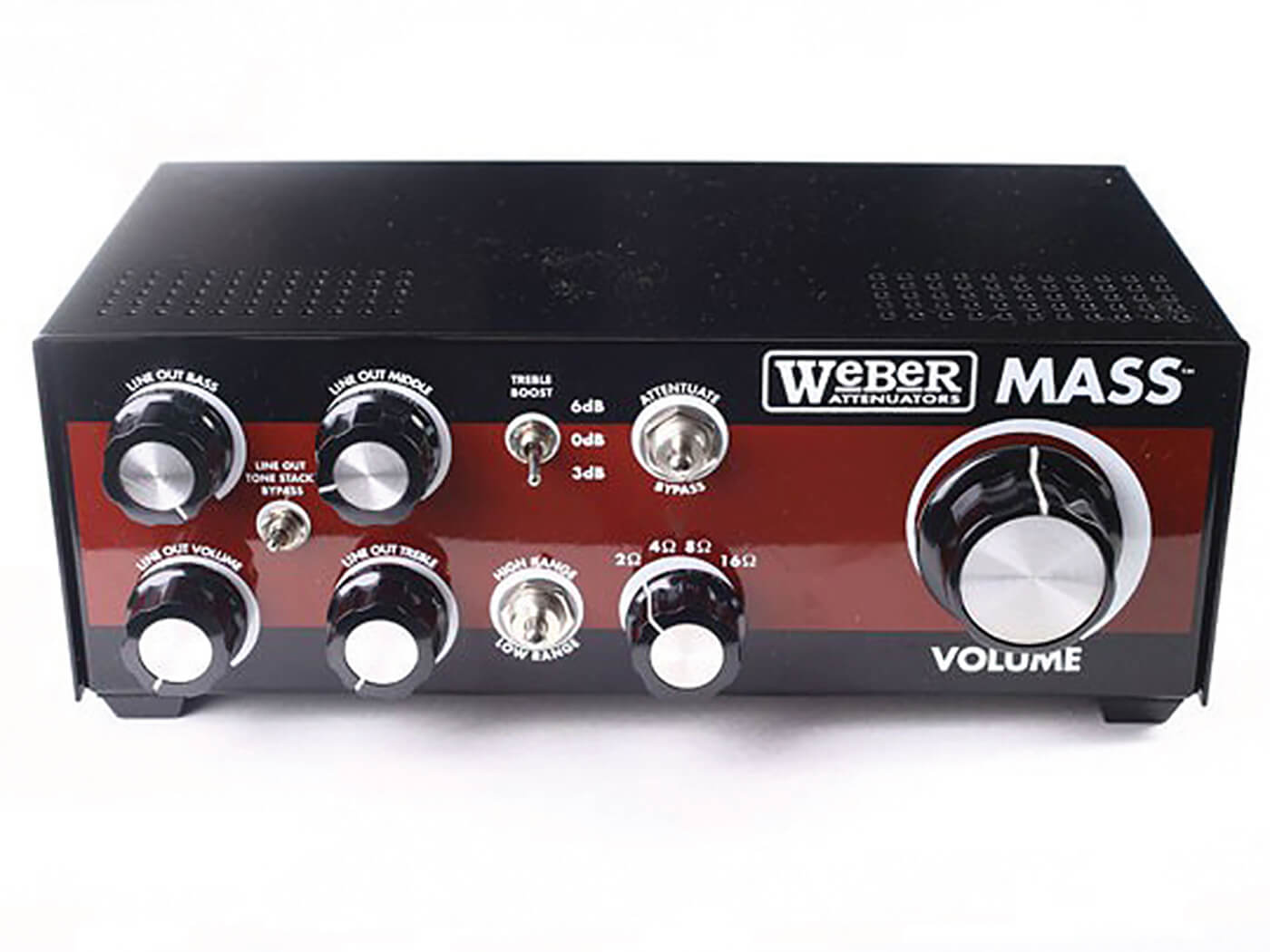 Loaded with a ‘silent speaker’, Weber’s most robust attenuator has a main volume knob and three-position treble compensation switch. The line out has a bypassable three-band tone stack and separate volume control. Impedance options are 2, 4, 8 and 16 ohms, and the attenuation is continuously adjustable from -3dB to over -70db. It can also be used as a dummy load and there’s an attenuation bypass switch. 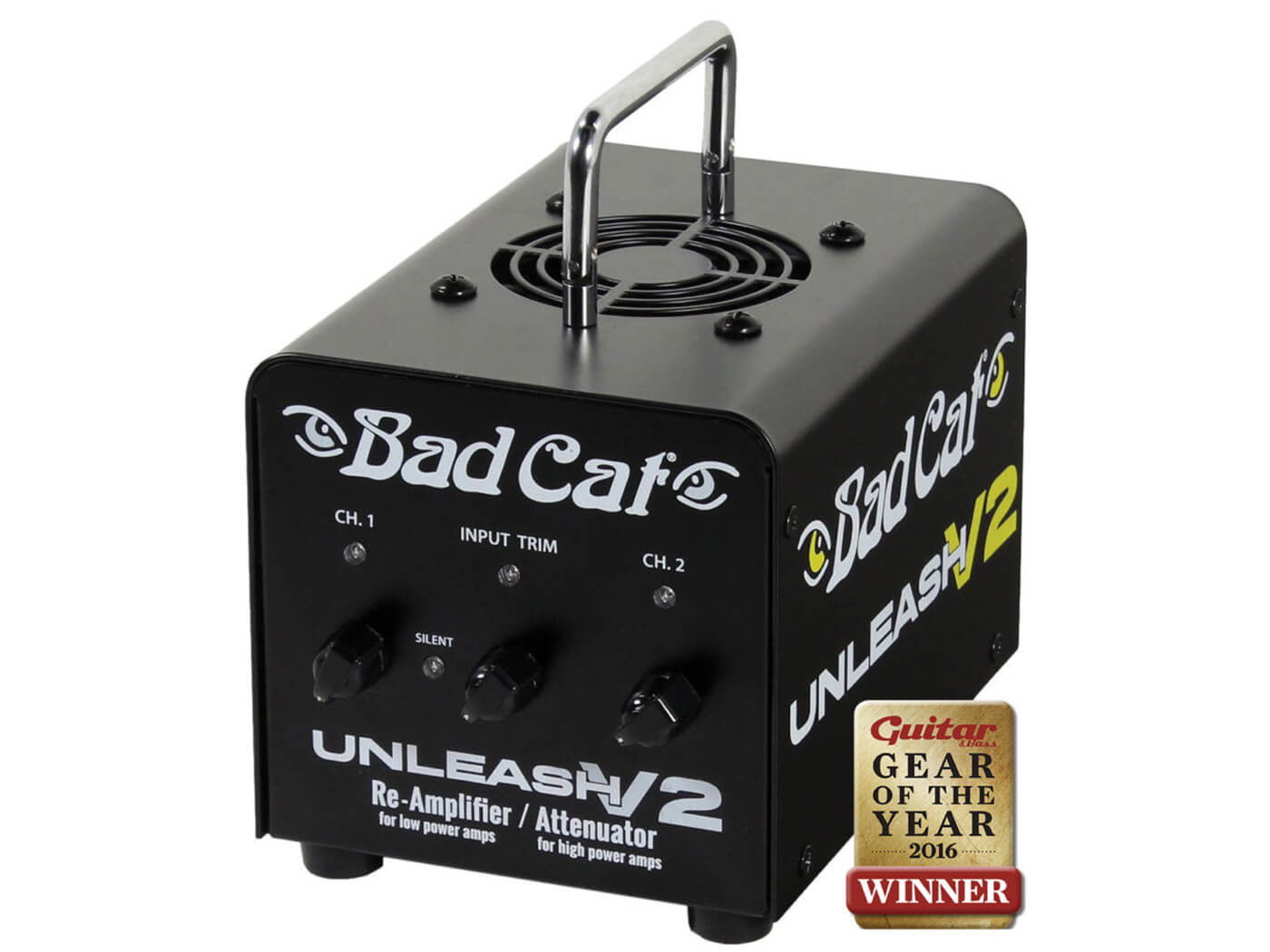 This is one of those new-fangled active attenuators with a built-in 100-watt Class D solid state amp. It’s small and light enough to throw in a pedal bag, two switchable level presets, direct out and an effects loop. This little beauty will make loud amps quieter and low-powered amps much louder. 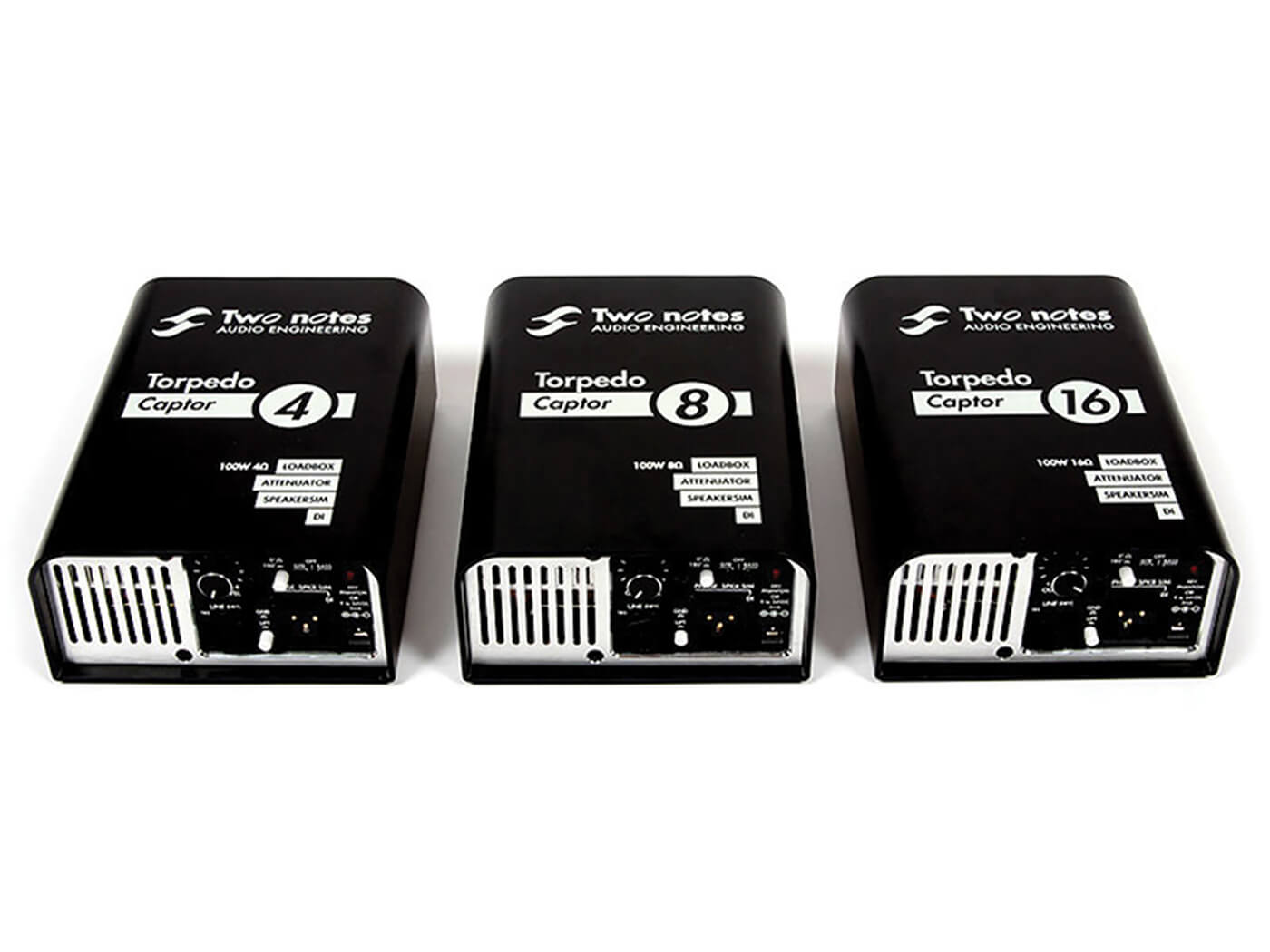 The Torpedo Captor is a multi-function tool for direct recording, cabinet simulation and attenuation that eschews digital modelling and LCD screens for a simpler analogue approach to getting your amp’s signal into a mixer or DAW without using microphones. While the Captor restricts you to just one speaker simulation, this may not be an issue because it sounds very, very good. Available in 4-, 18- or 16-ohm versions, this loadbox is small, light and easy to power with very usable tones. Add in the free downloadable plug-in, Torpedo Wall Of Sound, and you have an overall that’s very similar to that of UA’s OX. 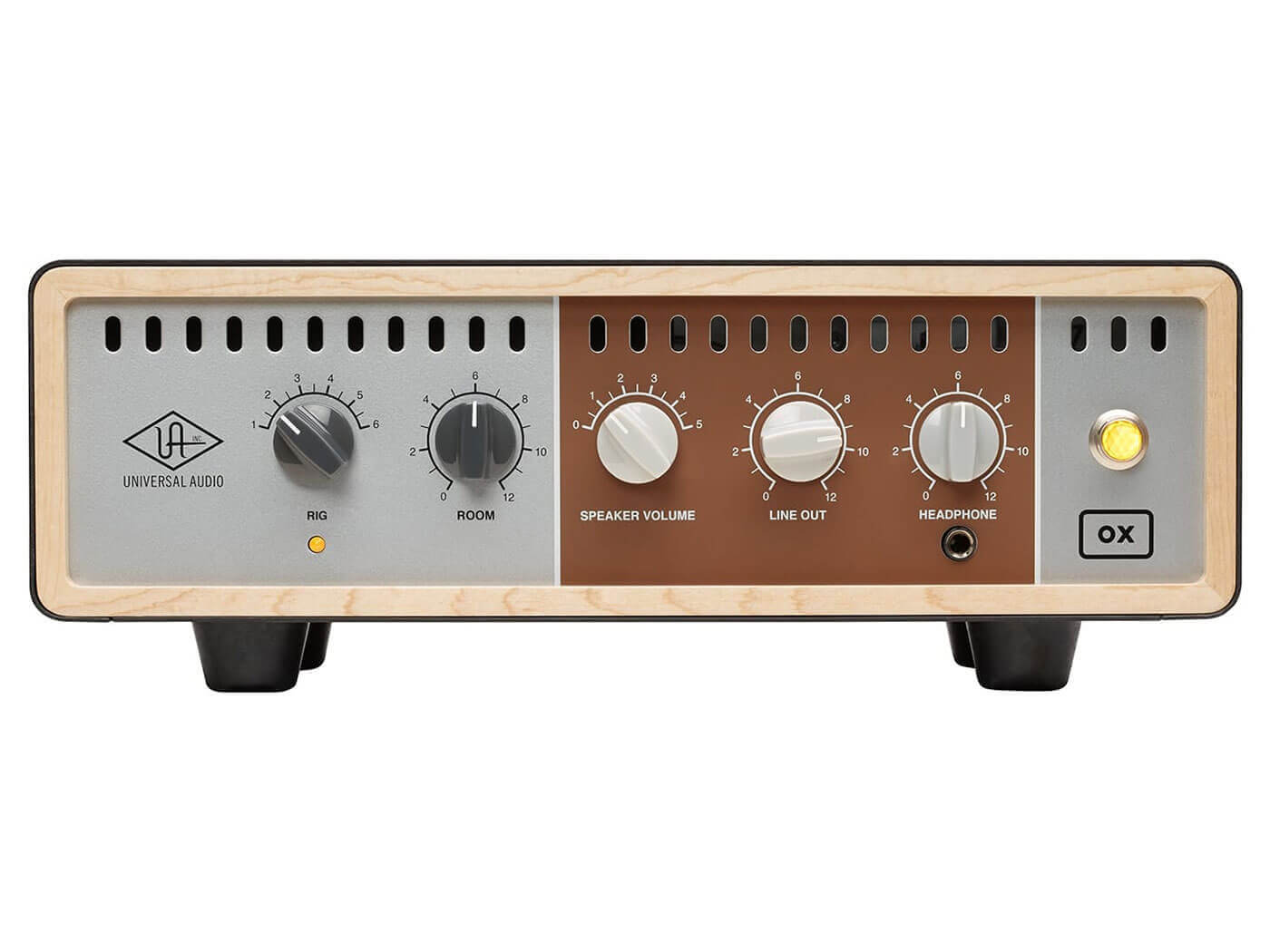 With the OX, Universal Audio has used its expertise to create a reactive attenuator combined with highly sophisticated speaker, cabinet, microphone and classic effect simulations. You’ll find mono/stereo line level outputs, an impedance selector offering four, eight and 16 ohms and sockets to connect an amplifier to the OX and the OX to a speaker. There are also RCA and optical SPDIF outputs and three USB ports that are intended for firmware updates as they become available. For attenuation, sending the best possible sound to a PA desk, home practising with an inspiring tone and easy recording, the OX offers a one stop solution that’s hard to fault, with outstanding audio quality and robust build that’s simple to use. 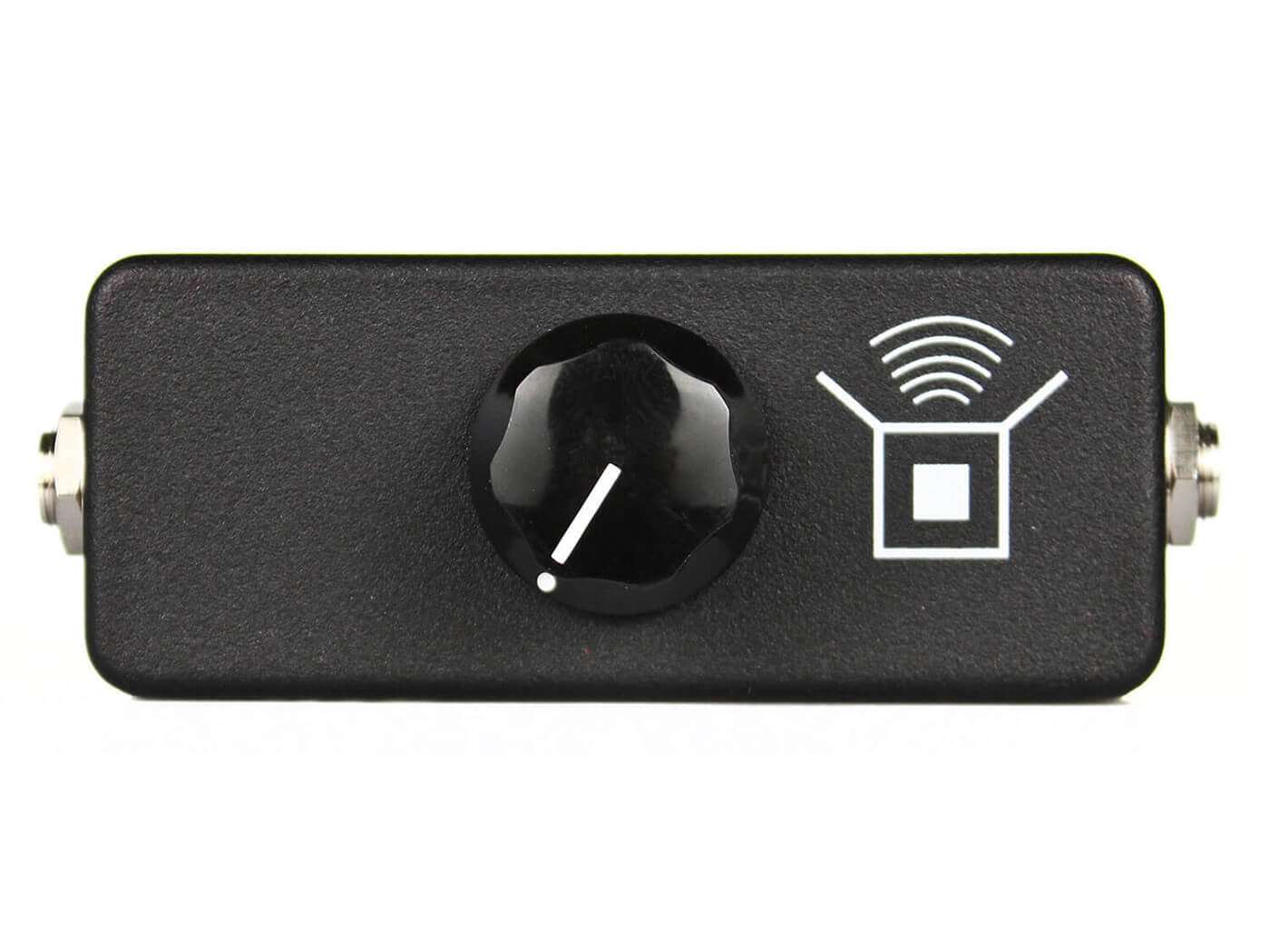 Bucking the trend set by the rest of the attenuators on this list, the JHS Little Black Amp Box is compact, simple and as streamlined as they come. Featuring just a single knob, this passive attenuator sits neatly in your effects loop to easily allow you to get cranked tube amp tones whithout making your significant other consider their options. Note that this pedal is not to be used between your amp and cabinet, but in the amp’s effects loop. 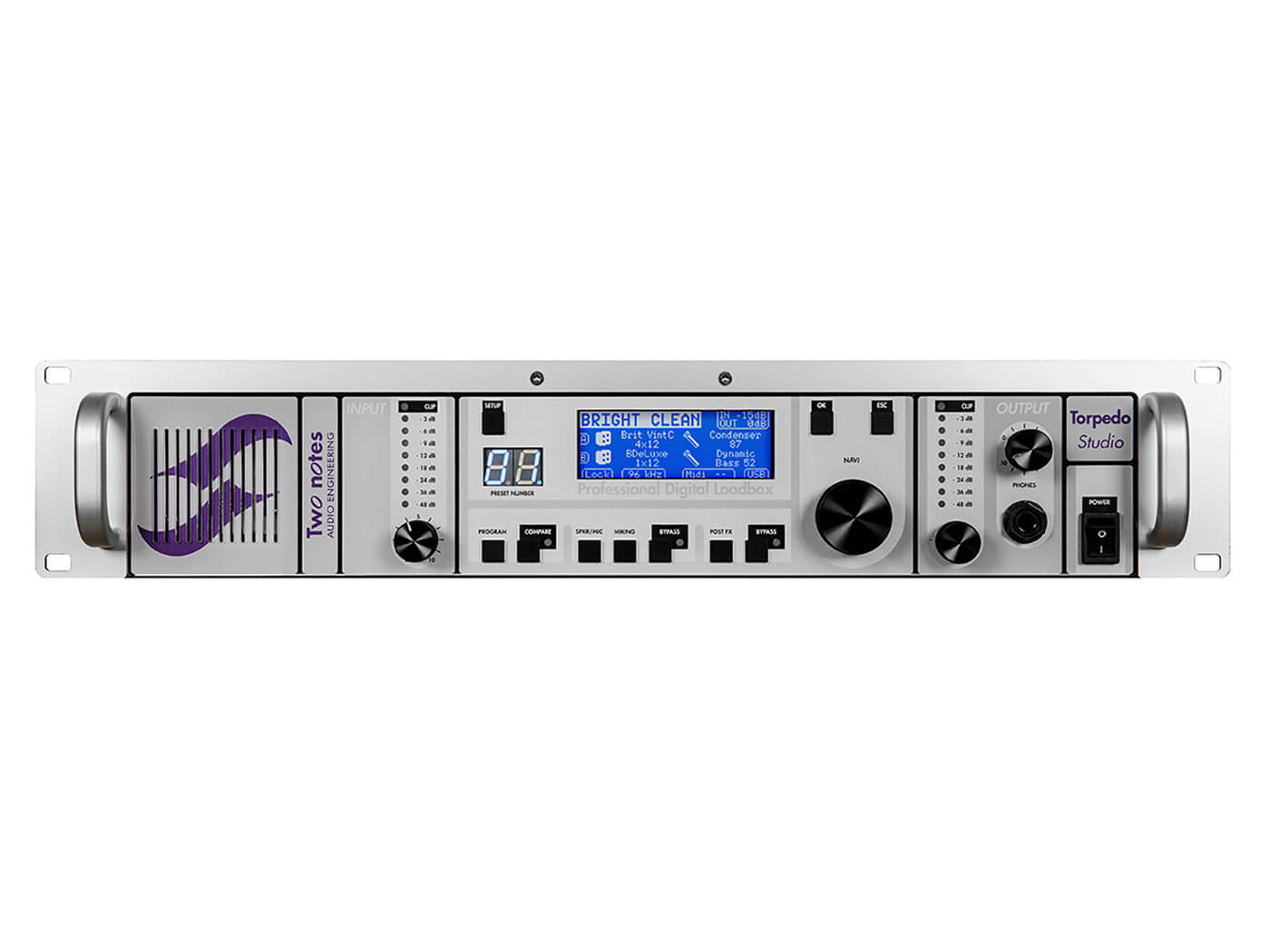 The Torpedo Studio from Two Notes is more complex version of the Captor listed above. It’s an ultra-powerful, if pricey, way to record your valve amps in silence, and also allows for the simultaneous recording of two different set-ups. 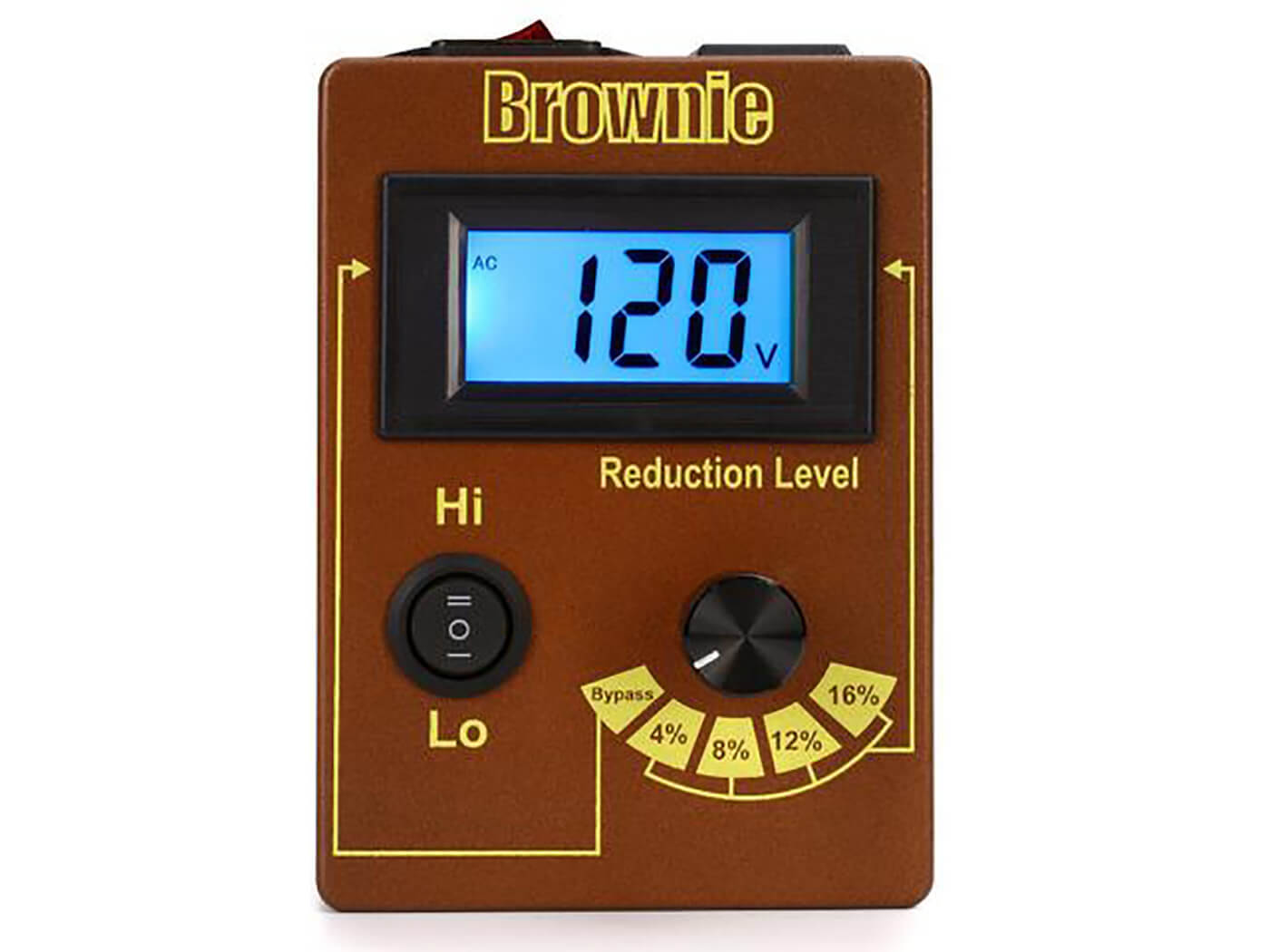 From bedroom players to touring professionals, the Brownie from AmpRX is for those who only need basic voltage control in a small and lightweight enclosure. Designed for smaller tube amps, the Brownie provides 240 watts of continuous power at 120vac. The Brownie’s internal circuit includes in-rush current protection, industrial grade switches, a powder coated neutral enclosure and a backlit voltage display. 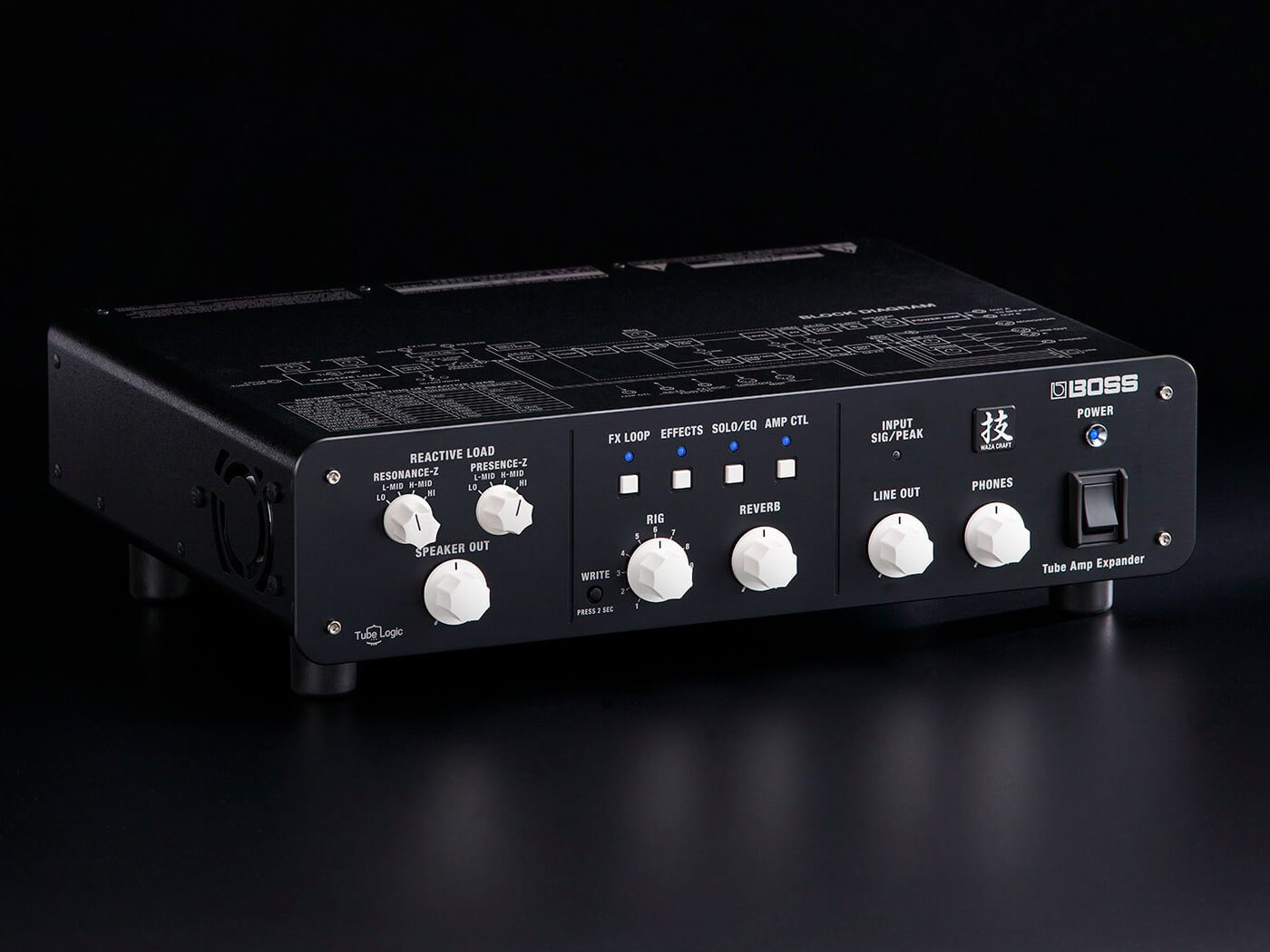 Boss’s ever popular Waza Craft series has captured the guitar world in recent years with it’s reimagined versions of Boss classics of yesteryear. It’s now entered the attenuator world with the Waza Tube Amp Expander, which is designed to give you all the tools you need to get the best out of your valve amp. Combining a variable reactive load, an active analogue power stage and a mic cabinet simulator plus an IR loader and even a USB recording interface, it also includes on-board effects such as reverb and delay.