Who said tube amps need to cost a fortune? 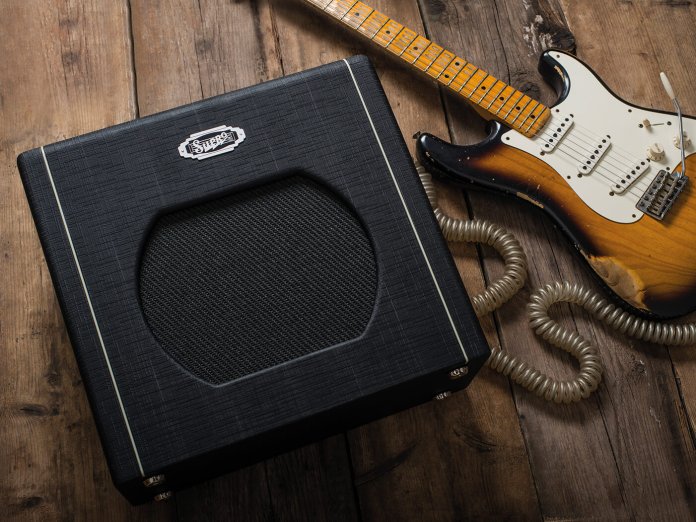 The world of tube amplifiers doesn’t have to run up a bill of thousands. While there are many premium models well worth their price tags, there’s still a selection of quality all-tube amps that don’t destroy your life savings – let’s run down a list of the best you can get right now.

What to look for when buying a tube amplifier

There are a number of things to consider when looking to get your hands on a cheaper tube unit. The vocabulary is the same as the world of premium tube amps – with the preamp and power amp tubes, the total output wattage, the number of channels and the overall control you have with EQ, preamp gain and so on all affecting how the amp works and sounds.

Cheaper tube amps tend to offer lower output wattages – but this is by no means a bad thing. If you’re looking to get crunchy, responsive tube tone without bringing down the walls, a low-watt amp is a great way to achieve just that. Higher-watt units offer higher headroom, at the cost of sounding more ‘choked’ at lower master volumes.

More wallet-friendly amps are also more likely to feature just one channel, rather than separate clean and overdrive channels. This isn’t always the case, and there are several ways to wrangle a single-channel amp into two-channel behaviour – for example, footswitch-enabled on-board boosts or overdrive pedals.

How wattage works in tube amplifiers

If you’re looking to make the leap from solid-state to tube amplification, one important thing to note is that tube wattage gives out significantly more perceived volume than solid-state wattage. A general rule of thumb is that tube amps need three times fewer watts to achieve a similar volume. So if you like how loud your 50-watt solid-state amp is, then for similar dB results shoot for a 15-watt tube amp.

The best budget tube amplifiers at a glance 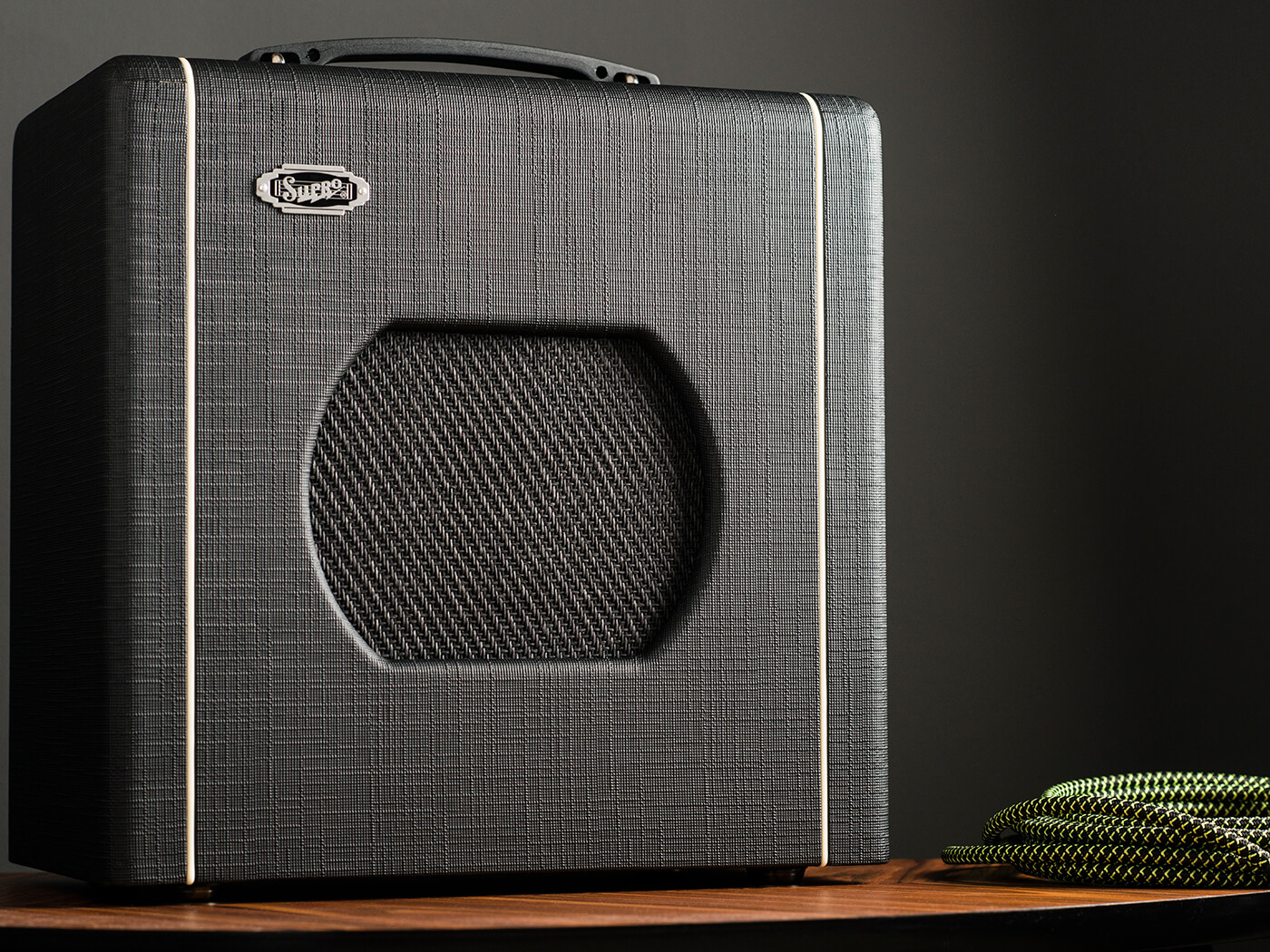 A modern iteration of the amps that started it all back in Chicago during the 50s, the Supro Blues King 8 includes an all-tube signal path (12AX7 and 12AU7), vintage-style cabinetry and a custom eight-inch speaker. The Blues King’s front panel features volume, tone and master volume controls, alongside a footswitchable boost switch. This amp also features a line output, allowing it to double as an outboard tube distortion that’s able to feed an additional another amplifier or even a DAW. 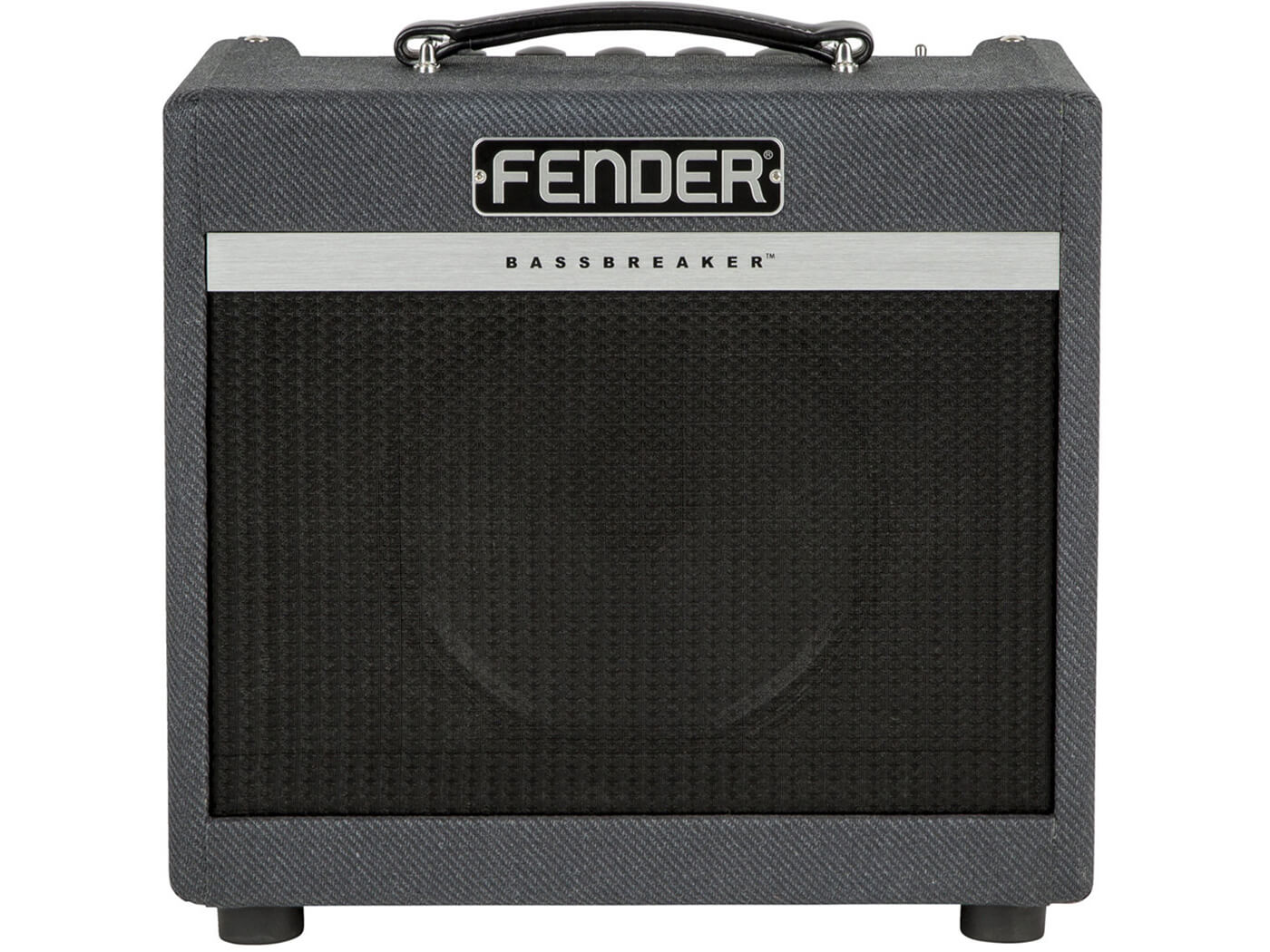 The smaller sibling to the Bassbreaker 15, this seven-watt combo from Fender is much like its namesake secret agent: good-looking, rugged, versatile and deceptively powerful. With the master and mids cranked and gain at 9 o’clock, it’s the kind of touch-sensitive experience you either have to push a Vox into the red or go well into four figures in the boutique market to get. Kick in the treble boost and you’ll want to roll back the mids to 12 o’clock to avoid fizz and eyeball-slicing high-end. 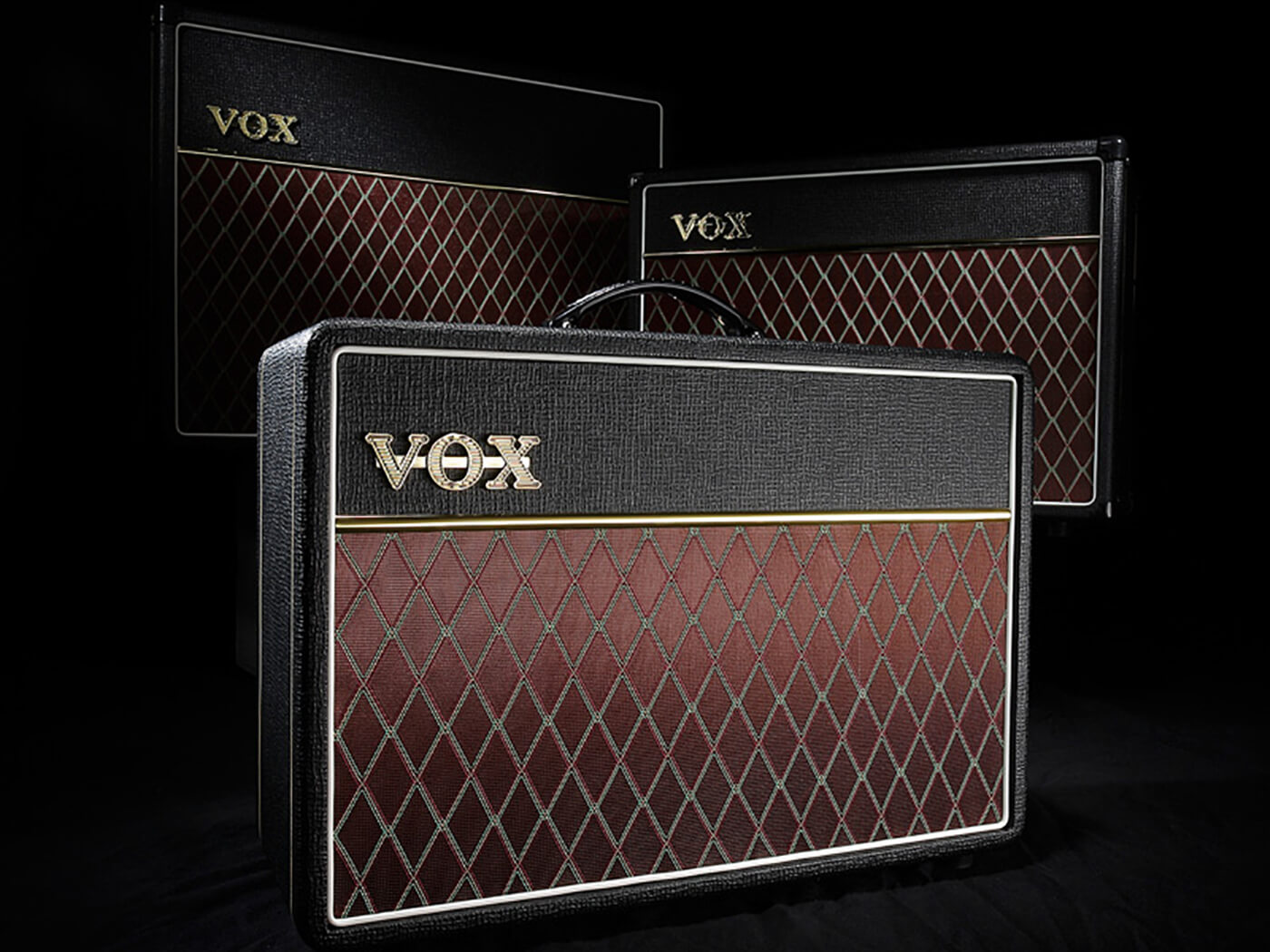 Built in China, this amp is more of a re-imagining of the original Vox AC10 than a reissue. The Custom version has a single channel with bass and treble controls that are based on Vox’s Top Boost circuit. The tremolo is omitted but you get reverb instead. The originals were non-master volume amps, but the C1 has separate gain and master volume controls. 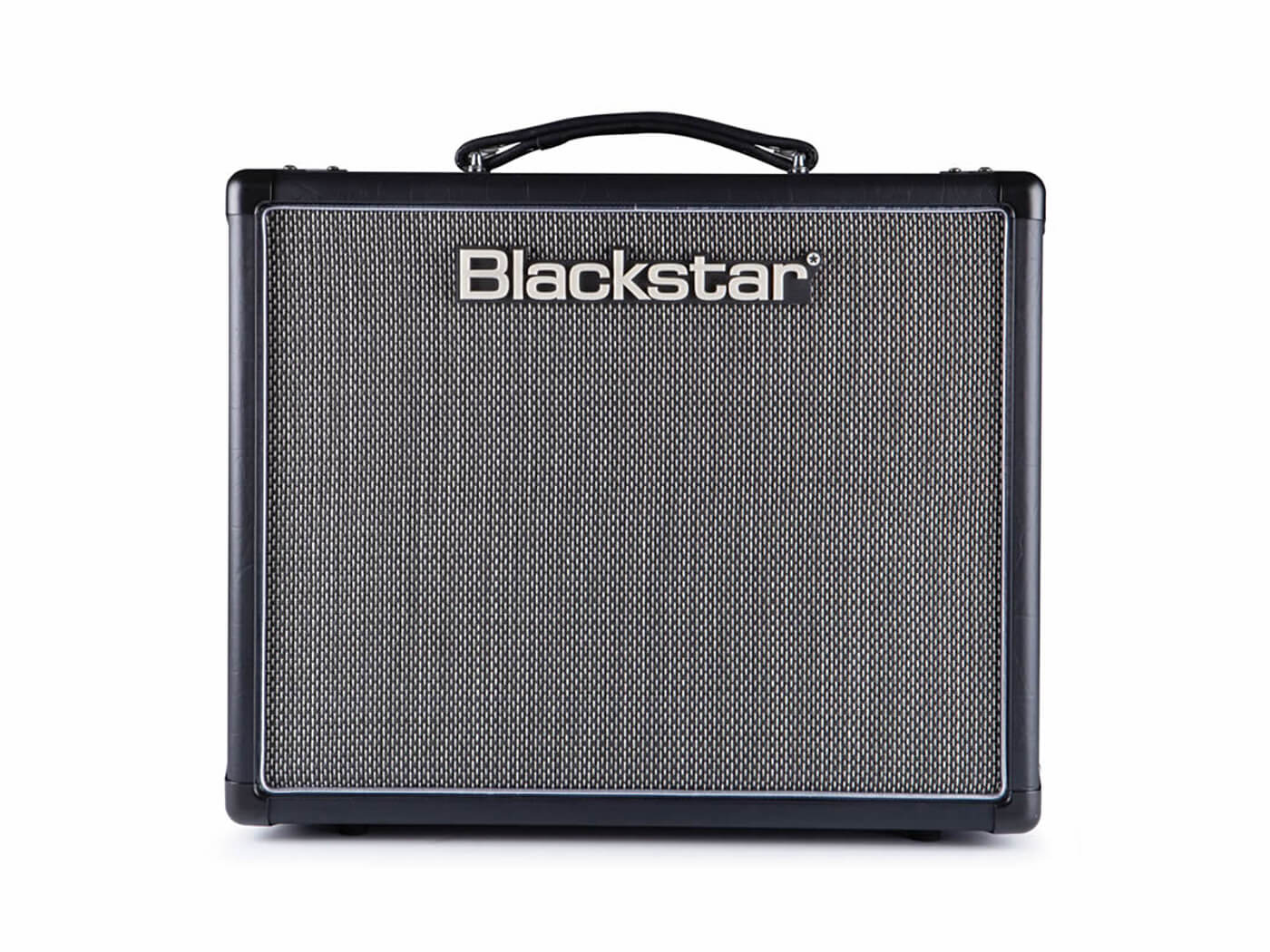 The HT5R MkII condenses all of Blackstar’s most renowned features into a compact five-watt combo with a 12-inch speaker. Two channels – clean and overdrive – inbuilt reverb, the brand’s patented ISF feature, three-band tone stack, a USB audio out, XLR DI out, and a power reduction switch to take you down to 0.5 watts are its standout features. Tube-wise, the HT5R MkII has a 12AX7 in the preamp and a 12BH7 in the power amp. 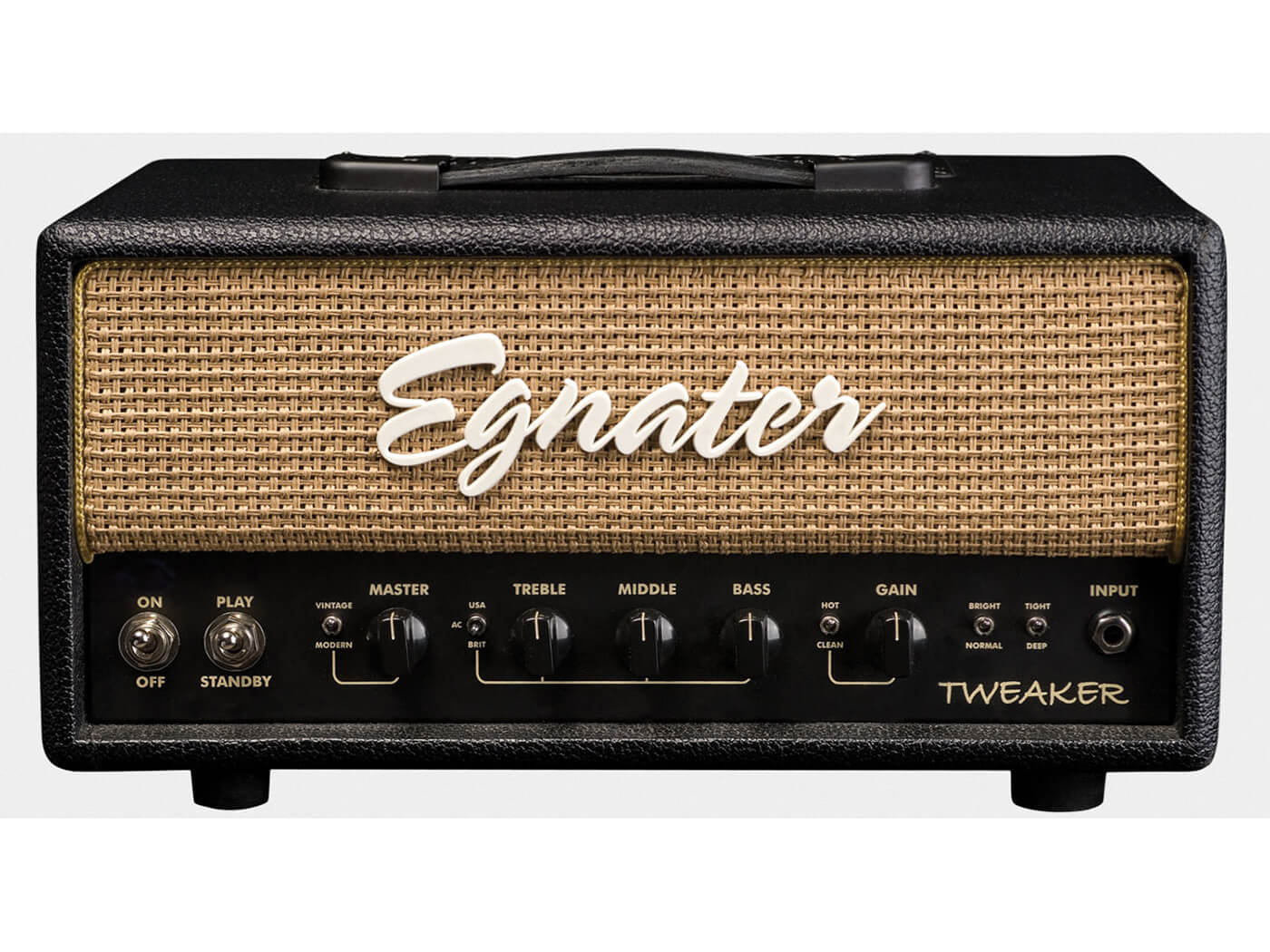 As its name suggests, this 15-watt amp head, with its trio of 12AX7s and a pair of 6V6s, is designed for knob-fiddlers and switch-flickers. Egnater has included five toggle switches that let you fine-tune the amp’s character: Vintage/Modern, US/AC/Brit, Hot/Clean, Bright/Normal, and Tight/Deep. The latter takes the low and high end from smooth to assertive, while the Hot/Clean switch is linked to the gain circuitry for even more girth and power. Elsewhere, you’ll find the standard three-band EQ, master volume and gain knobs.

The Laney Cub-Super 10 is a 10-watt combo that’s stripped down and straightforward.  It’s loaded with two 12AX7s and a single EL84 in the preamp and power amp sections respectively. The red boost knob is switchable, offering you something approximating two-channel behaviour if you want to kick things into more driven territory, but aside from that it’s a truly no-frills affair – definitely part of its charm.

+ Switchable to 3 or 0.5 watts
+ Footswitchable pull-boost for two-channel-style operation
– Less low-end on tap than some amps

Speaking of no-frills, Laney isn’t the only amp maker making a return to the single-channel approach of days gone by. The Origin’s name and aesthetics suggest a return to the halcyon days of Marshall, but in fact, this is an attempt to please just about everyone. There’s traditional Marshall tube tones and styling combined with a bunch of useful contemporary features, such as power switching, an effects loop and a DI-out.

Unsurprisingly, the amp’s beefy EL34 preamp tubes (rather than the more common EL84s) offer up plenty of crunch, and for even more you can engage the pull-boost on the gain pot (or with a footswitch) to push it even further. For a more esoteric tone-tweaking experience than the tone stack, the Tilt control lets you blend between the tones of each side of the Atlantic to find the perfect mix of treble-soaked attack and saturated chunk. 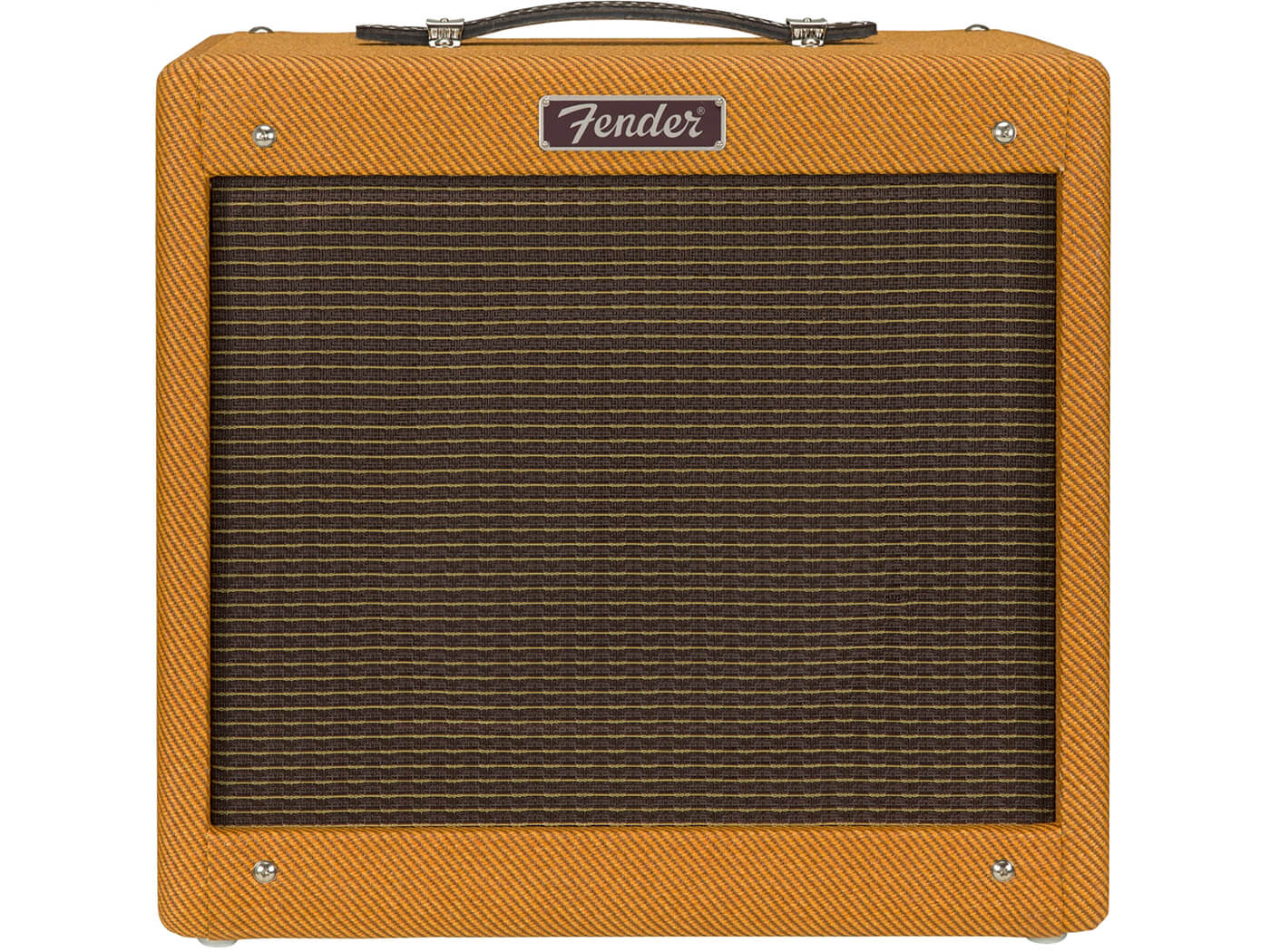 Now in its fourth edition, this tweed stalwart of Fender’s amp range has an improved volume circuit that’s modified for a more gradual breakup, a 10-inch Jensen P10R speaker, better clarity, and a tighter bass response. Otherwise, it’s the same Pro Junior we’ve all come to know and love: just two knobs – volume and tone – as well as a pair of 12AX7s and EL84s.

Following the relaunch of its Standard Series of guitars in 2019, Harmony dug into its design archives once again for the revival of the 8418. The design is a faithful recreation of the original, down to using the original blueprints. The amp’s circuitry is hand-wired, and it’s loaded with an Italian-made 6-inch Jensen speaker, with an alnico magnet for a period-accurate voicing. It’s driven by the combination of a 6SJ7 preamp tube and a single 6V6 power tube, providing five watts of juice. Despite this low wattage, there’s still some headroom on tap thanks to the vintage character of the amp’s circuitry.

Again, like the original, there are two instrument jacks. And in terms of controls – well, control – there’s a volume knob. Can’t say simpler than that. While its not likely to replace a 50-watt head on top of a 4×12 anytime soon, it’s an inexpensive piece of amplifier history that can still kick out tube-soaked tones at reasonable volumes, and without the bank-breaking price tag of a true ‘50s combo.

Before recreating the 8418, Harmony was acquired by BandLab Technologies – which also acquired Teisco, MONO and Guitar.com.