Chorus, flanger, phaser and more – we round up the top modulation pedals out there today. 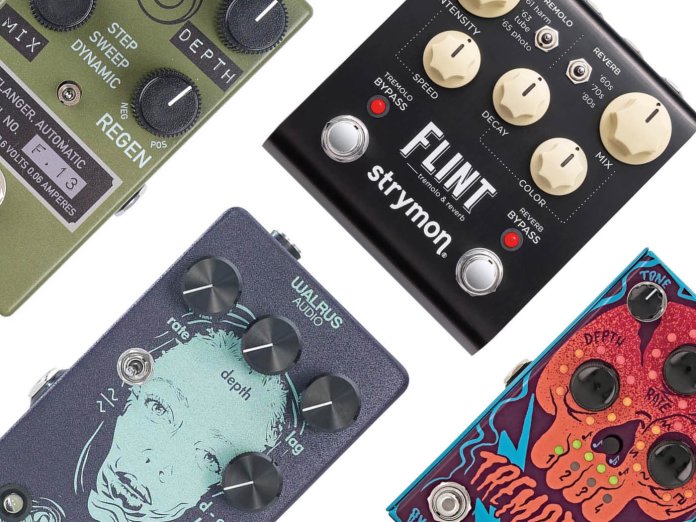 There’s a nearly limitless range of modulation pedals on the market, made by all manner of manufacturers. We round up a few essential pedals to try out, covering chorus, vibrato, rotating speaker effects and plenty more besides. 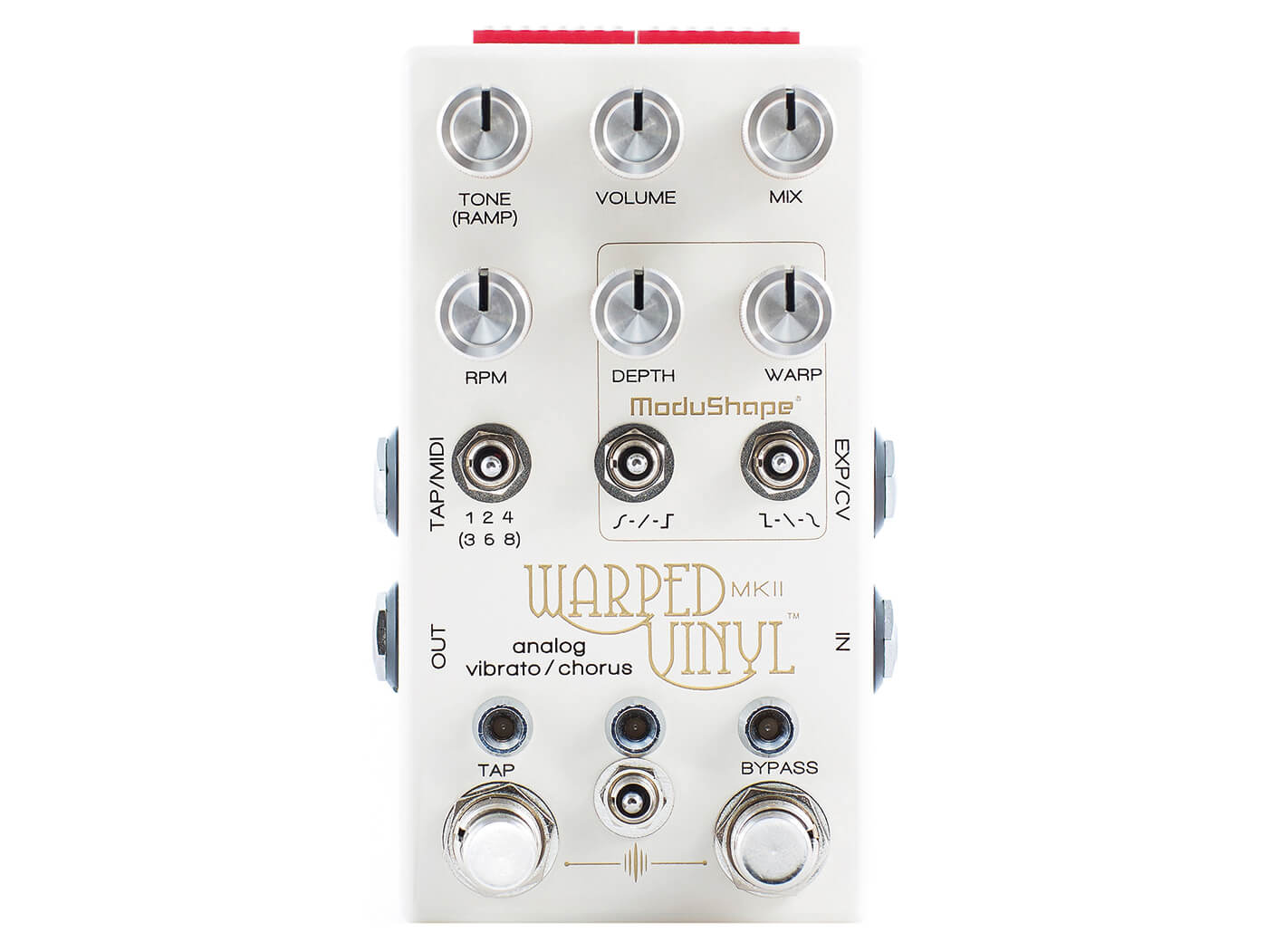 While most modern chorus pedals are designed to modulate at a perfect pitch, the Warped Vinyl was designed to do something a little bit different, and a little bit more organic. As the name indicates, the Warped Vinyl was designed to emulate the sound of a warped vinyl record, with all the unpredictable chorus and vibrato effects that this entails. As is the way with Chase Bliss Audio, the combination of analogue circuitry and digital control delivers a staggering amount of flexibility and options, giving you the ability to create chorus effects that you won’t find in either a fully digital or wholly analogue design. 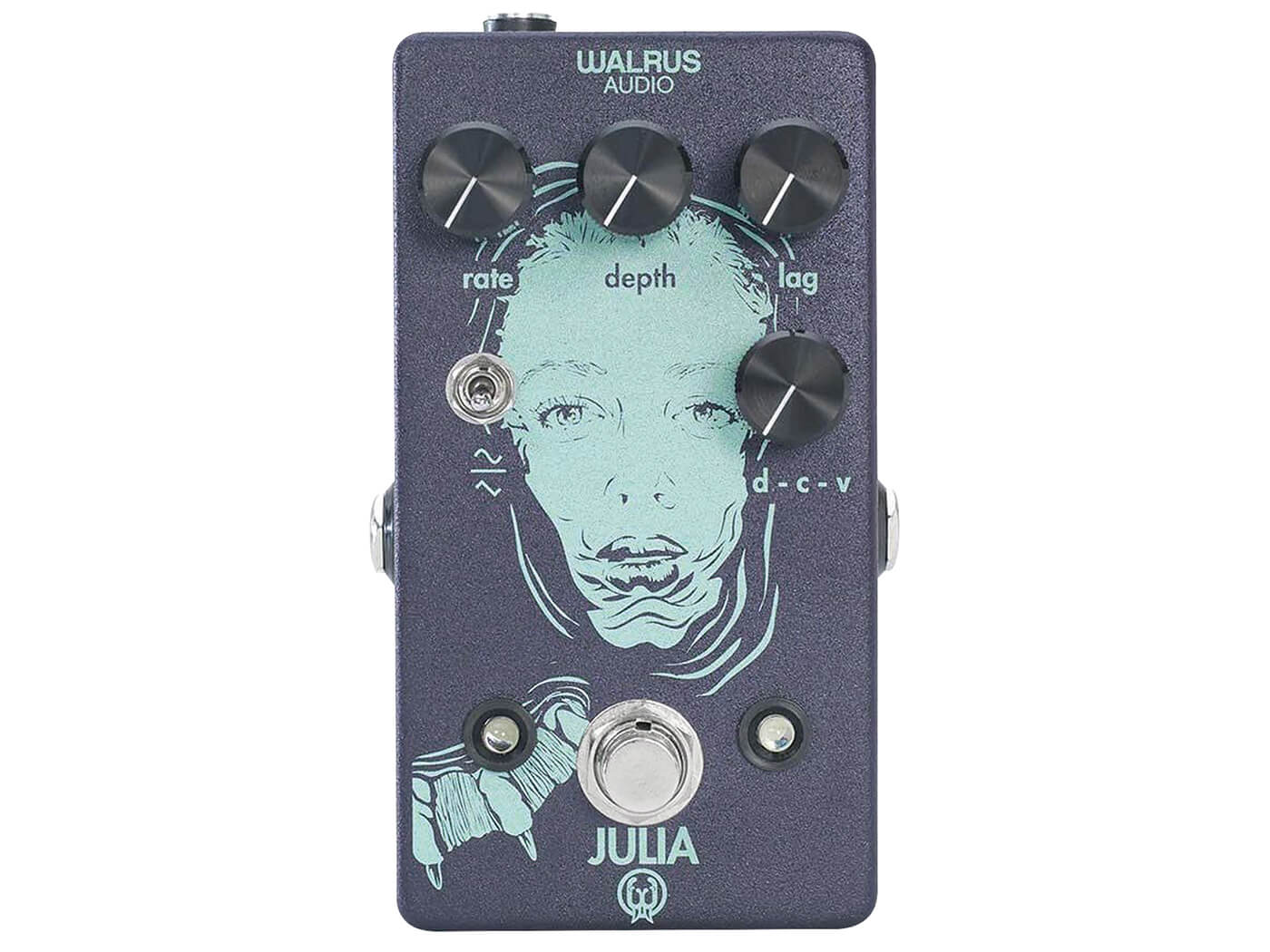 Fully analogue and packed with interesting features, the Julia is a one-stop shop for all your wobbly modulation needs. Key to the Julia’s vast selection of sonic possibilities is the fact that, unlike many combined chorus and vibrato pedals, you don’t have to choose which single effect to have on at any one time – thanks to the Dry-Chorus-Vibrato knob, you can blend just the right amount of wet and dry signal to give you the perfect effect for your needs. All this, combined with a Lag knob that lets you set the centre-delay time that the LFO effect modulates from, makes the Julia a wonderfully musical box to have on your board. 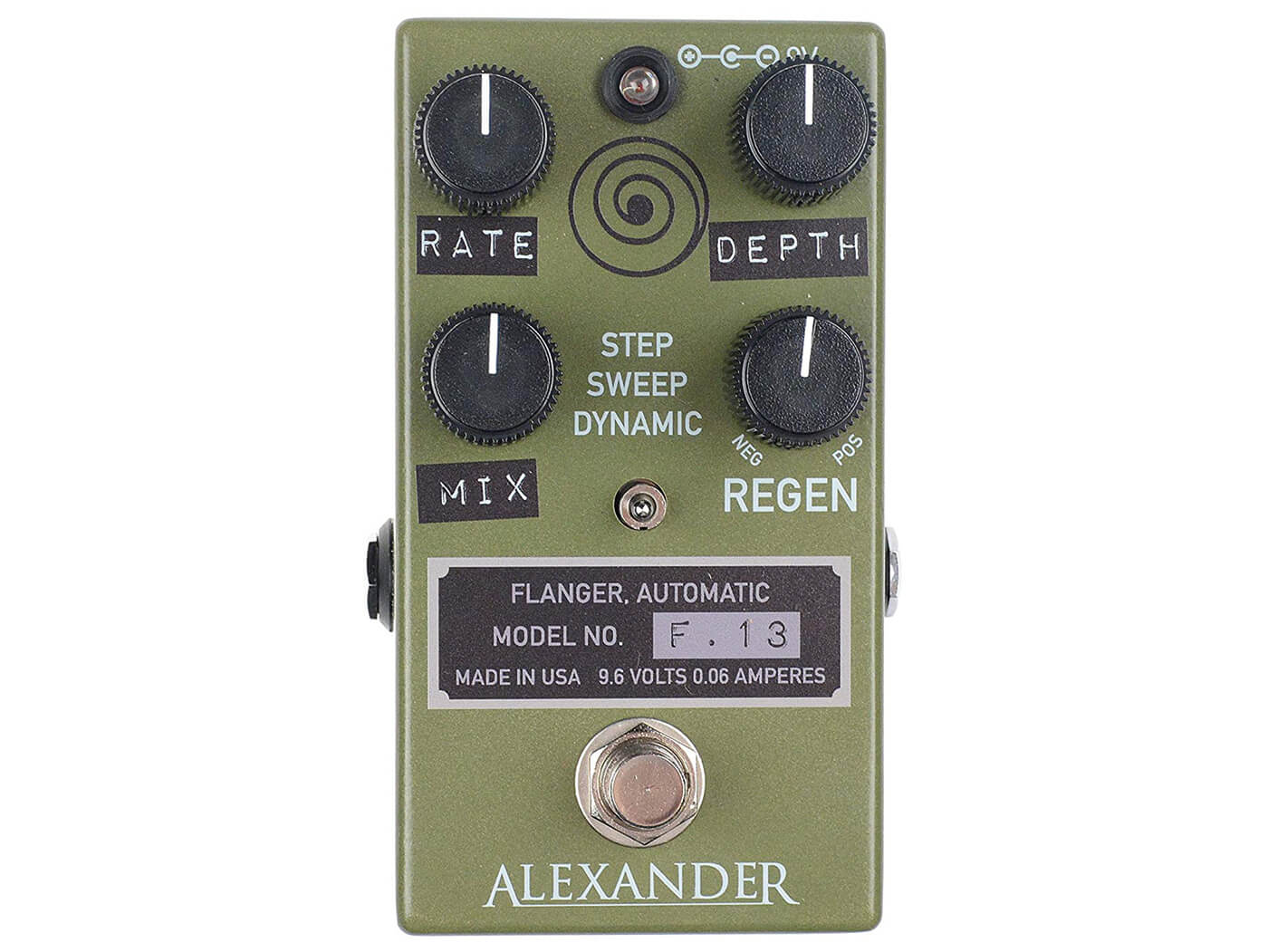 The olive-drab finish, faux-old-school label maker scripts and ruggedly retro knobs give the F:13 an unmistakably vintage military vibe, and that’s not by accident – this flanger is designed to sound like “alien mojo meets military tech, circa 1958”. A flanger is, of course, the perfect pedal to take inspiration from Area 51 and in reality, what you get is an exciting and feature-packed box that includes a dynamic mode that changes the nature of the flanging effect based on playing intensity. 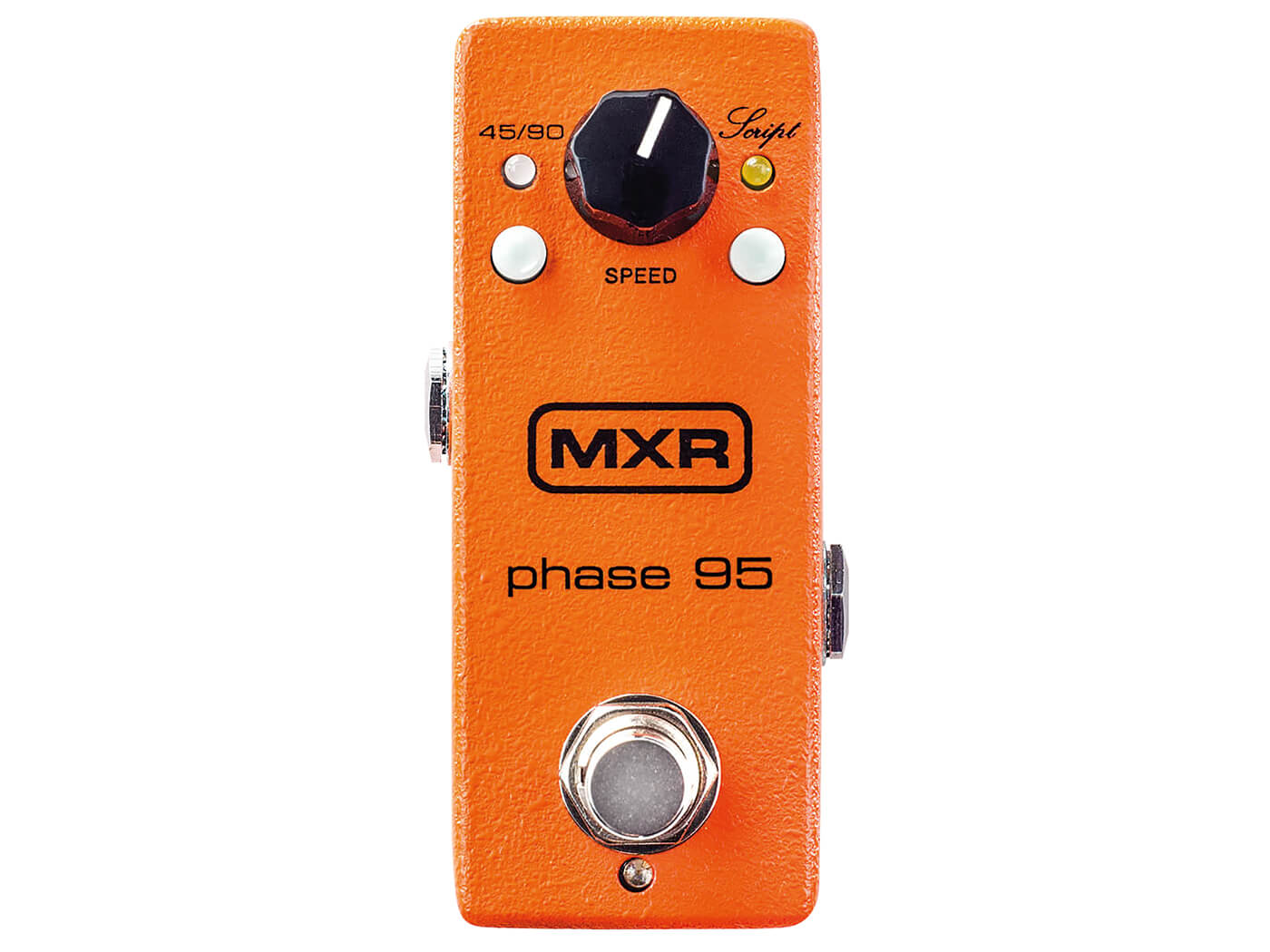 Part of a wave of mini-pedals to come out over the past few years, the Phase 95 takes the classic Phase 90 template, shrinks it down a bit, and adds two different toggles to channel different periods of MXR’s phasing past. For one, you can select between the standard four-stage phaser of the Phase 90 or the slightly subtler two-stage phasing of the Phase 45. The ‘script’ toggle refers to two different eras of vintage Phase 90 production. Engaging that button will remove some feedback from the mix, creating a somewhat mellower tone. 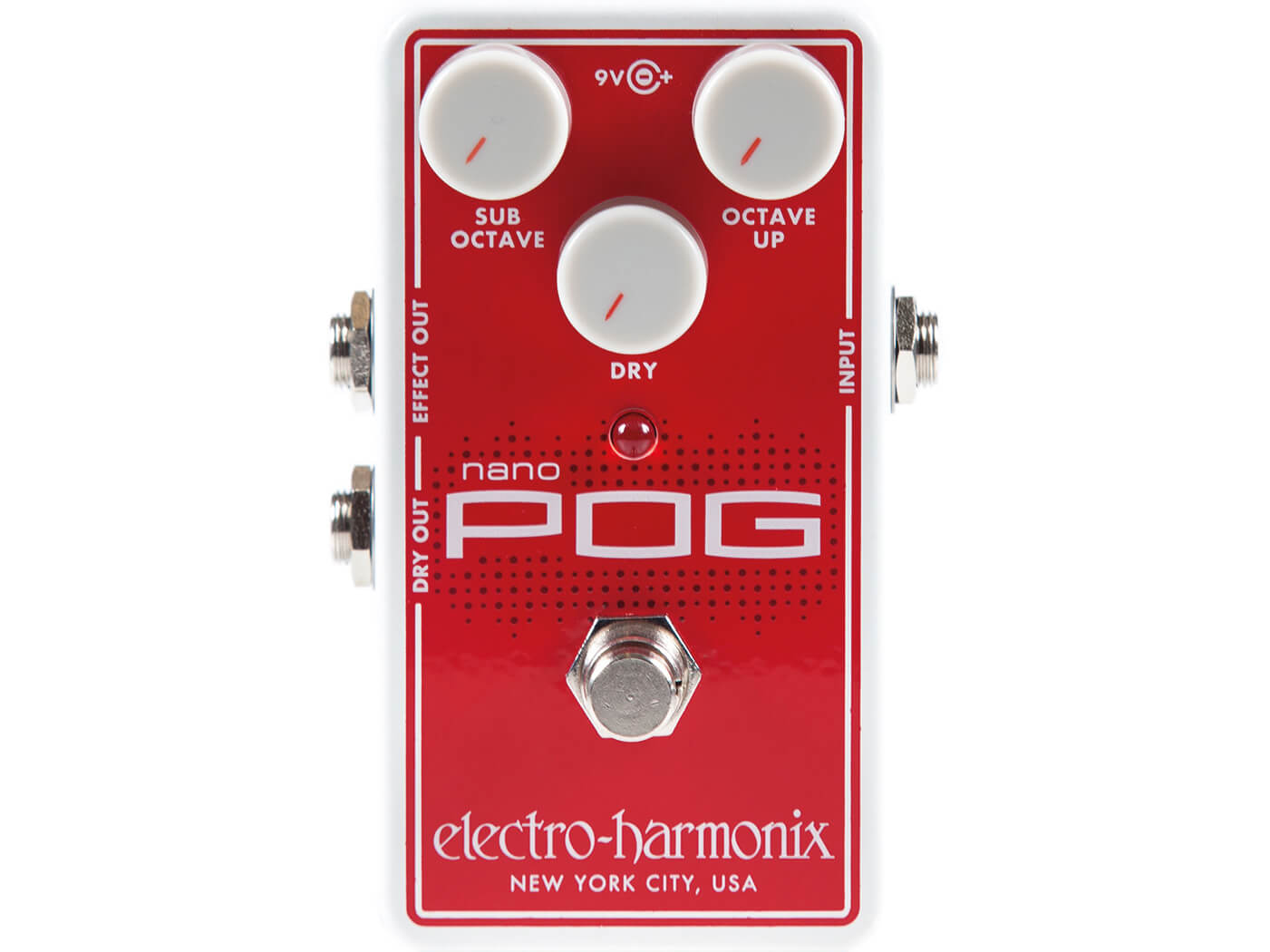 Since the 1960s, octave effects have been a part of the guitar wizard’s arsenal, especially when combined with fuzz – just ask Jimi Hendrix. But when EHX released the Polyphonic Octave Generator, it was manna from heaven for creative guitarists, offering four distinct octave voices to ornament the dry signal. The likes of Jack White and Nels Cline wasted no time in putting the POG to good use and since then, it’s been available in smaller and smaller packages, culminating in the Nano POG, which also sports improved tracking and silent switching to make it an even more powerful creative tool. 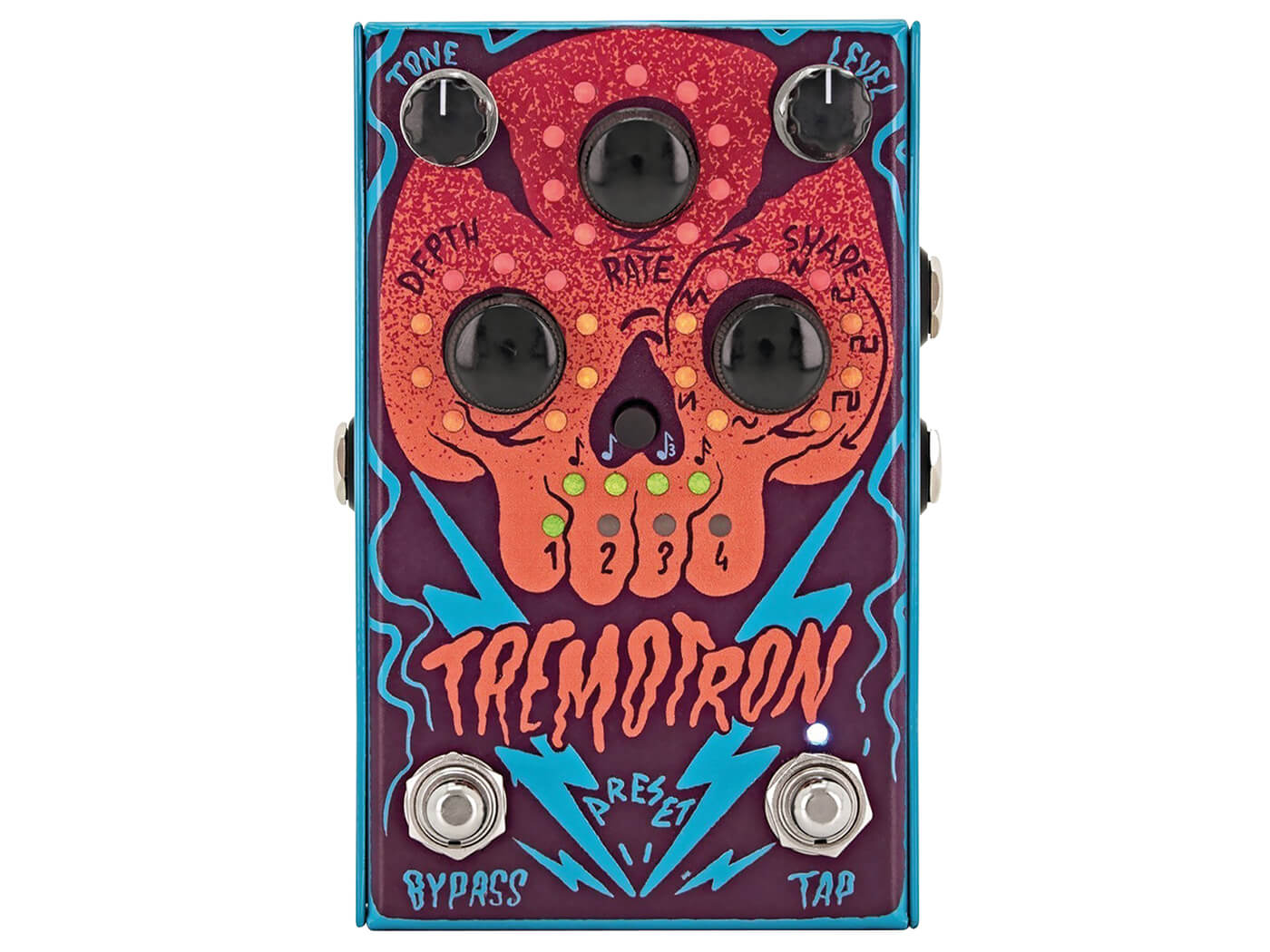 The Tremotron is unlike any tremolo pedal you’ve seen before. With a fully analogue signal path under the hood, it also has additional digital controls, allowing two VCA-based tremolo controls to play at once (if you don’t attempt How Soon Is Now? with this pedal, you’re missing a trick). It also includes nine different waveshapes and switchable presets and a MIDI Out, too, for when you want to push your onset headache into migraine territory. It’s not cheap, and you’ll need 250mA to power it, but the Tremotron is unmatched for its versatility and innovation. 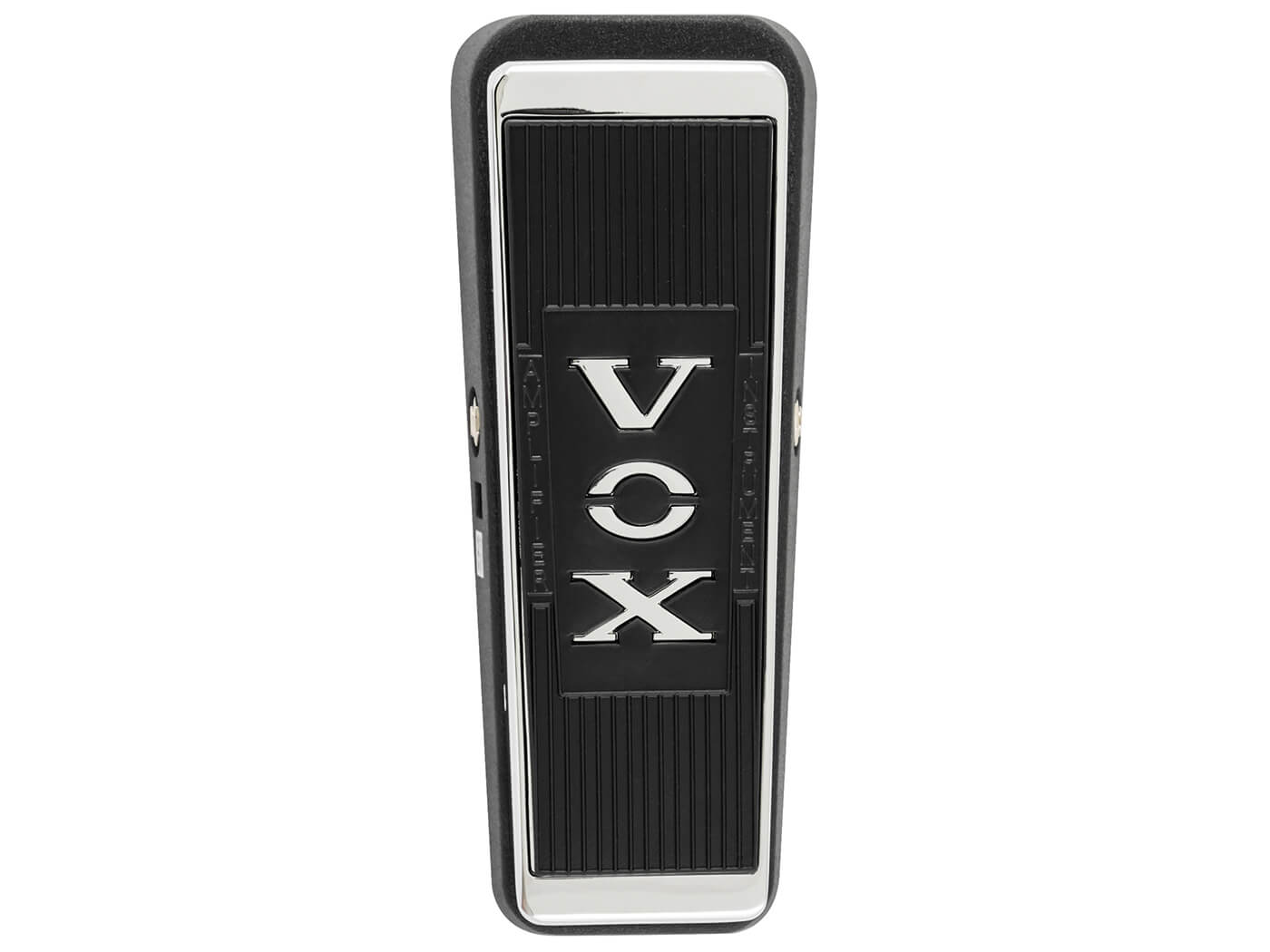 Based on the pedal built by Lester Kushner and Brad Plunkett that helped soundtrack the Summer Of Love in ’67, the reissued V847 is a lovingly created homage to the wah pedal that started it all. Updated to include a buffered input jack for smoother tone when not in operation, the V847 also features SMD resistors and a redesigned inductor for a truer replication of Vox’s vintage wah-wah tone. Despite its sub-£100 price point, this treadle is not to be sniffed at; it’s built to exact vintage specs to ensure your Hendrix or even Clyde McCoy impressions are second to none. 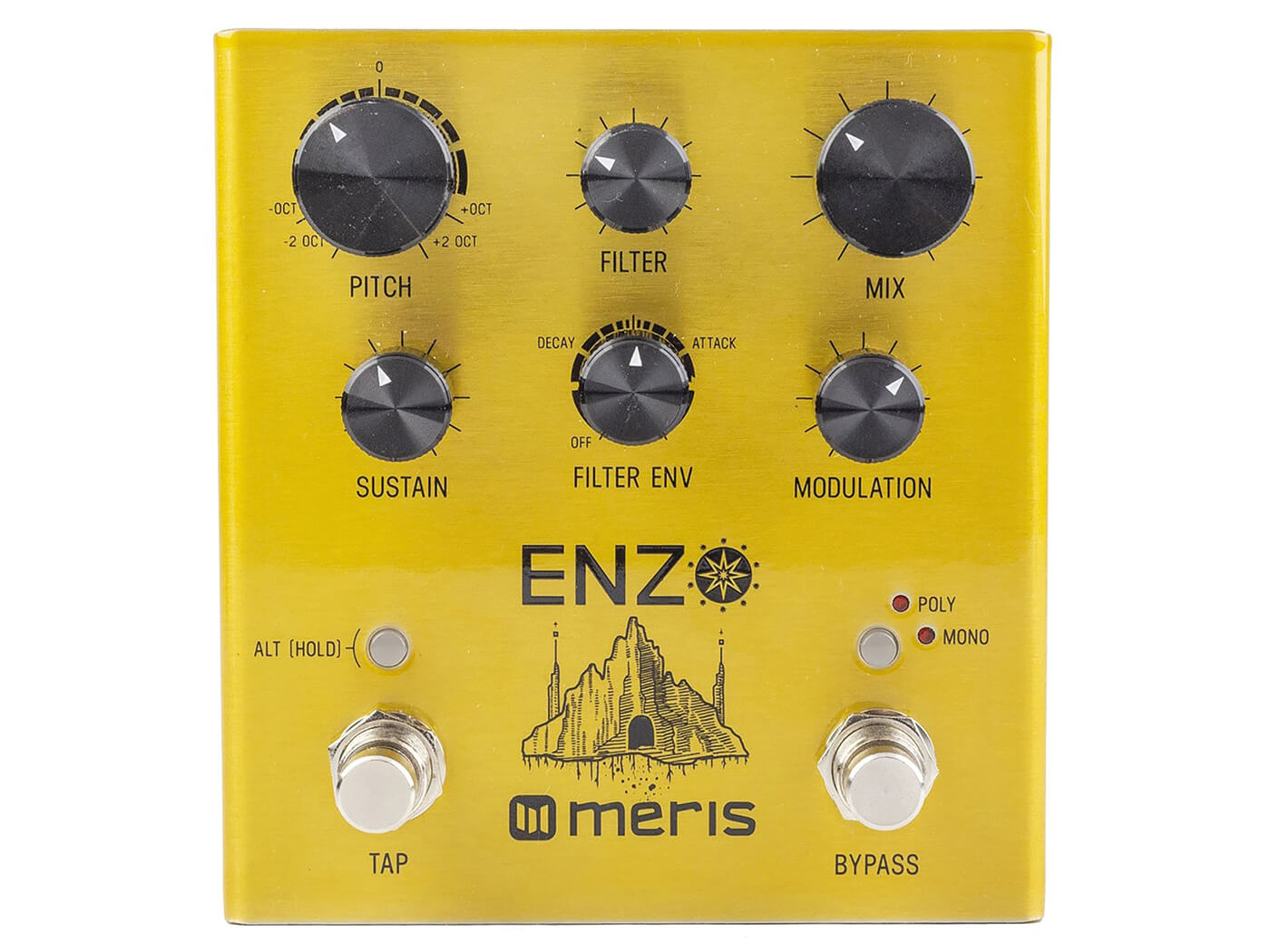 Meris’s Enzo pedal is difficult to categorise. Is it a synth? Is it a modulation pedal? What we do know is that it sounds otherworldly. Offering mono and polyphonic synth modes for guitar, it also features an arpeggiated-synth feature and perfect tracking. With just six knobs and two switches, the Enzo also features an Alt button, providing each control with a secondary function. If that’s not enough, it also includes a six-mode filter, built-in compression, a dual delay line and tap delay, ring modulation, MIDI controls and an expression-pedal option. The Enzo isn’t so much a guitar pedal, but more an entire musical instrument in itself. 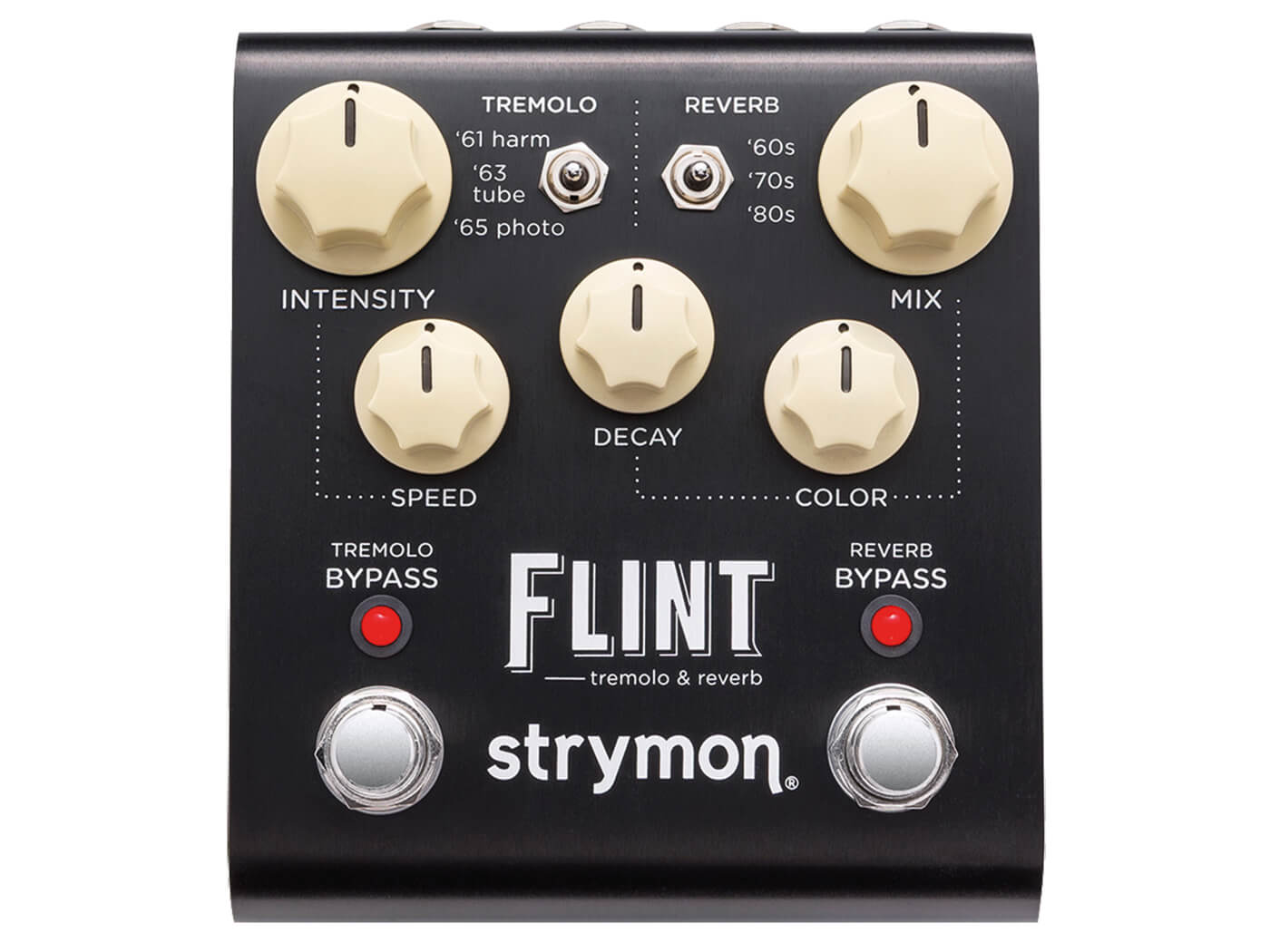 Fish and chips, lager and crisps… tremolo and reverb. It just works. Some argue it’s all any
guitar player needs in their arsenal. Strymon’s Flint provides exactly that, and then some. Based on the classic amps coming out of the Fender factory in the early 60s, Strymon’s digital processing impressively recreates the sultry throb of three great analogue tremolos. Married on the other side by three reverbs based on a 60s spring reverb, a 70s plate and the hall reverb from an 80s rack, the Strymon Flint leads the way in stompbox recreations of vintage-amp effects.