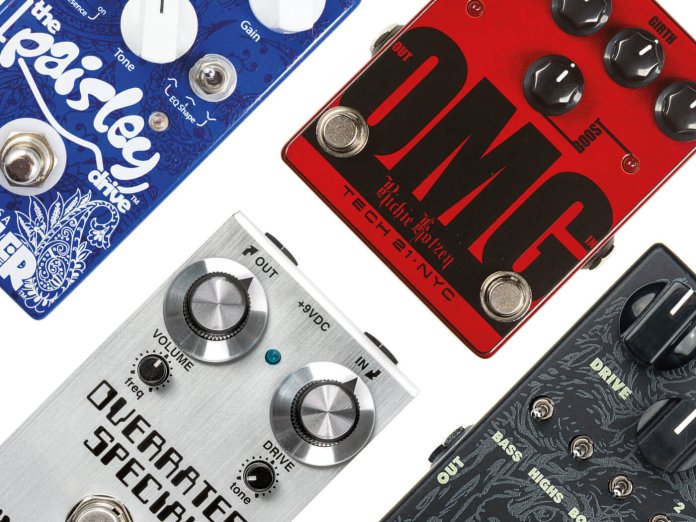 Signature gear is about more than just guitars, and signature stompboxes often offer a much more affordable route to the tones of your heroes. Here are some of the best: 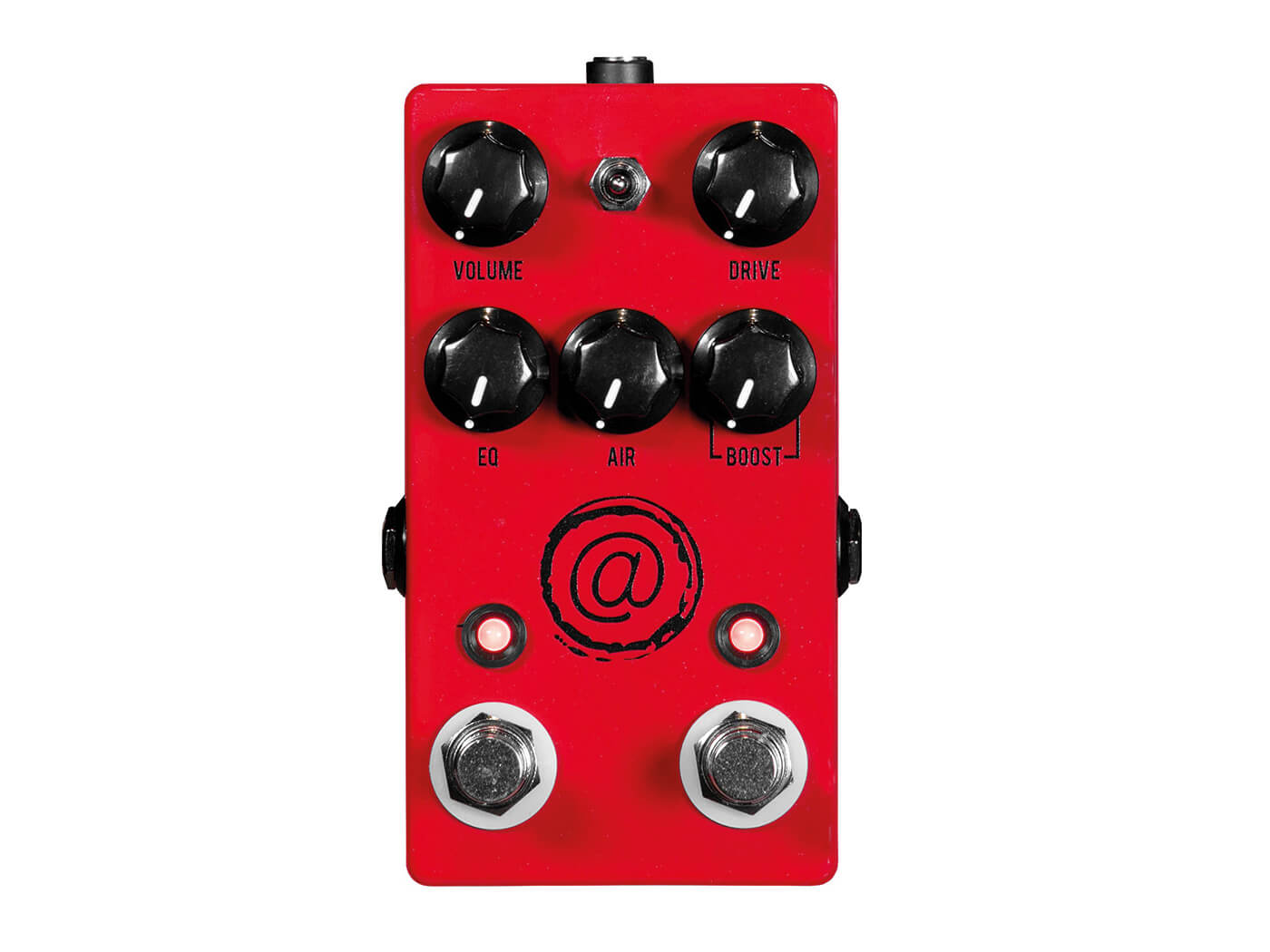 Instrumental virtuoso Andy Timmons first started out using JHS’s Angry Driver in 2013 and after chatting with founder Josh Scott, this became the original AT overdrive pedal in 2016 (sometimes called the ‘@’). The AT offered searing overdrive and distortion tones with EQ and ‘Air’ (effectively a presence control) to sculpt the sound, and a clever 25- 50- or 100-watt switch to alter the compression and headroom. The AT+ is everything people loved about the AT with an extra footswitchable boost channel, making it a hugely versatile sonic weapon. 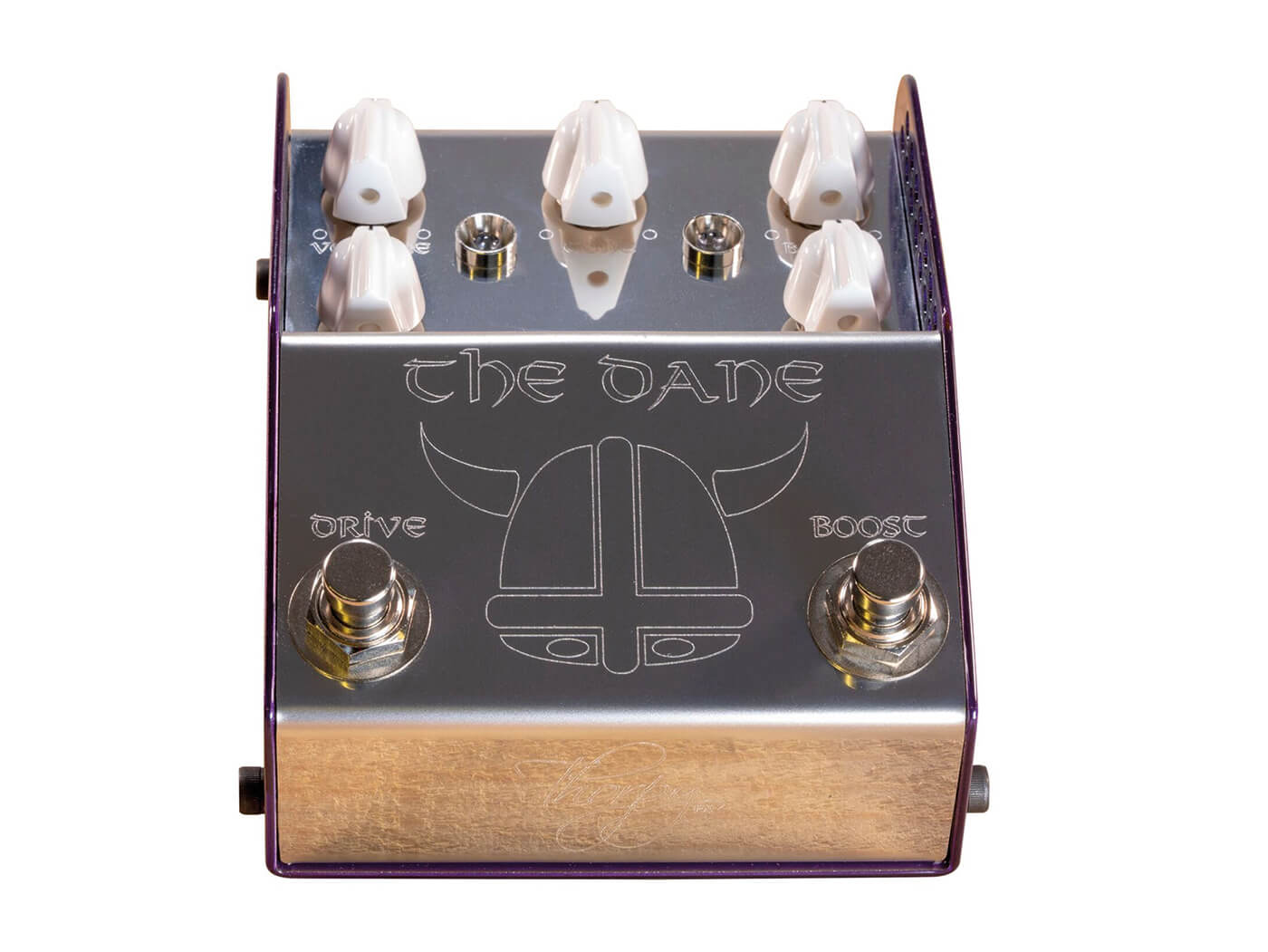 A collaboration between UK boutique builder Adrian Thorpe and YouTube star and session maestro ‘Danish Pete’ Honoré, The Dane is an overdrive/boost that wrings a surprisingly large variety of tonal flexibility out of its five controls. At its heart, The Dane is a low-to-mid-gain overdrive pedal that could sensibly be described as ‘amp like’, with plenty of warmth and transparency. Things get really fun when you kick in the boost, however, which takes you on a direct train to classic-rock nirvana. 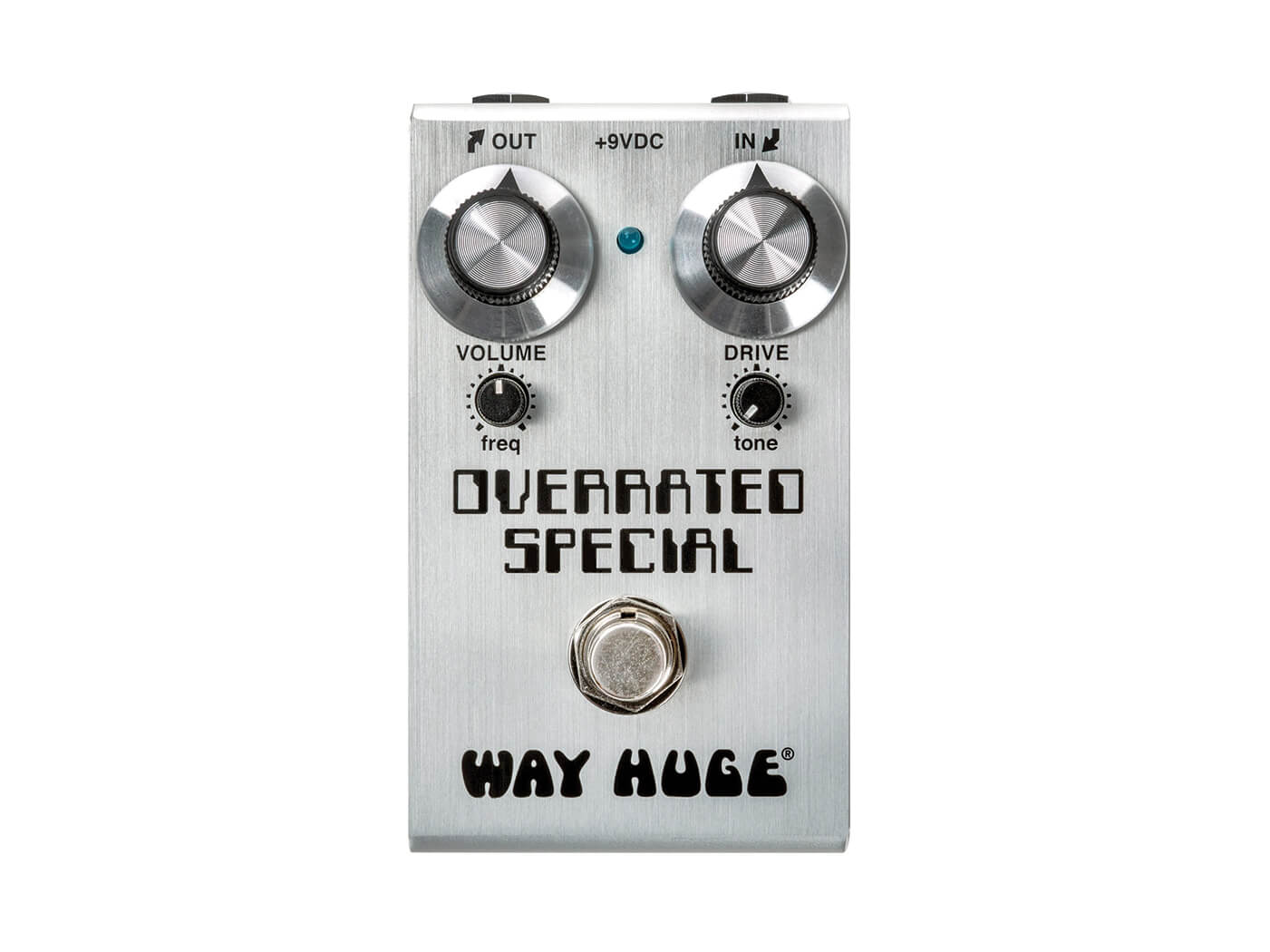 Designed by Way Huge main man Jeorge Tripps in collaboration with Joe Bonamassa, the OS is effectively a reimagined version of the classic Green Rhino overdrive pedal, but tweaked to JoBo’s taste and with an additional frequency control that offers boost or cut around the low-mid frequencies. With stylings that nod playfully to the most sought-after boutique amps of all, it’s perhaps Joe’s most fun and universal signature pedal. 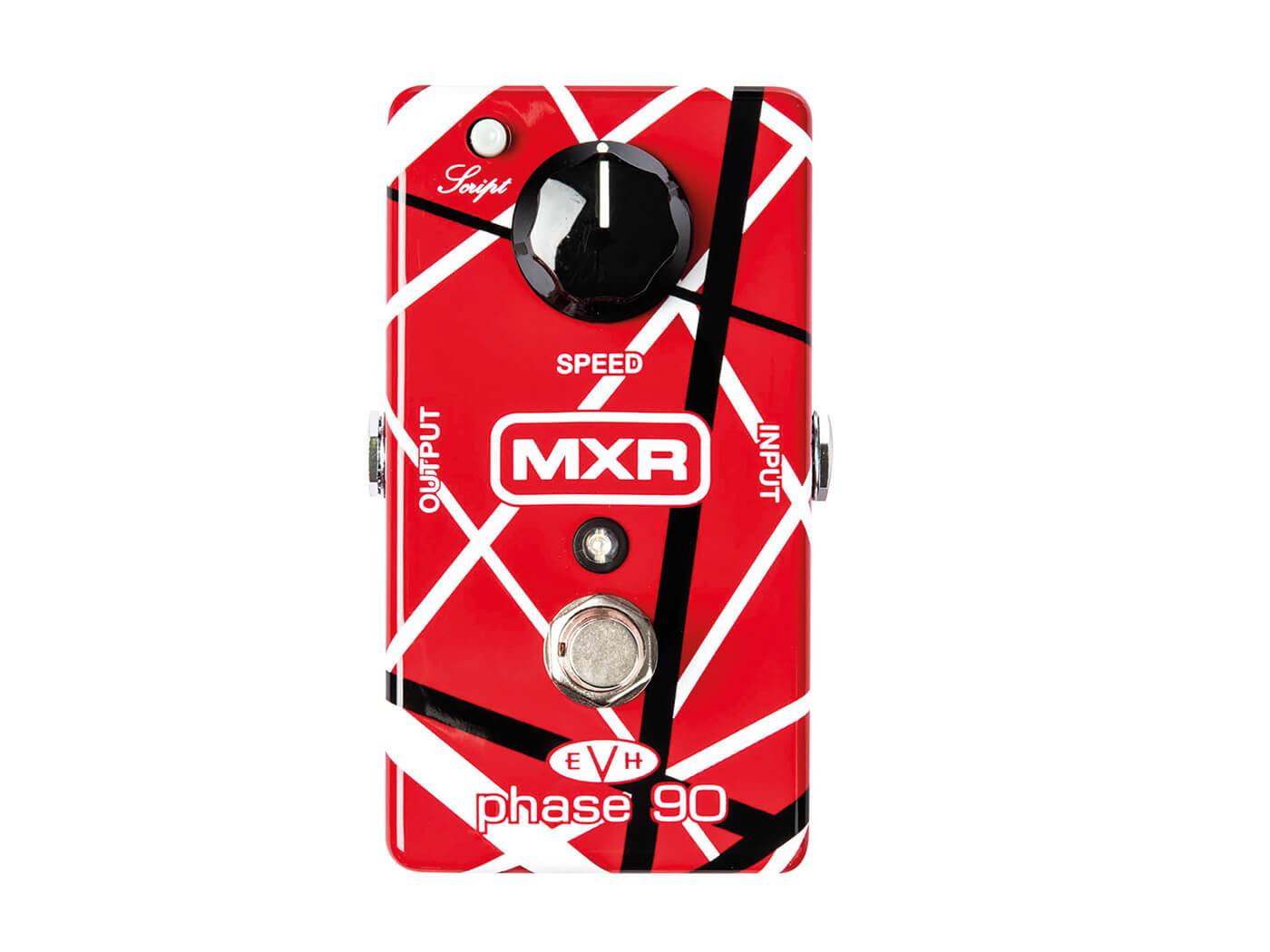 The pairing of Eddie Van Halen and the MXR Phase 90 is one of the most iconic pairings of artist and pedal in rock history, so it’s entirely fitting that the man himself gets his own version of the phaser. The EVH Phase 90 is an updated version of the original he used to such great effect in the late 70s and 80s, featuring a ‘Script’ switch to tweak the sound between modern and classic Phase 90 flavours, and then of course there’s that ‘striped’ paint-job to set it apart from its orange siblings. 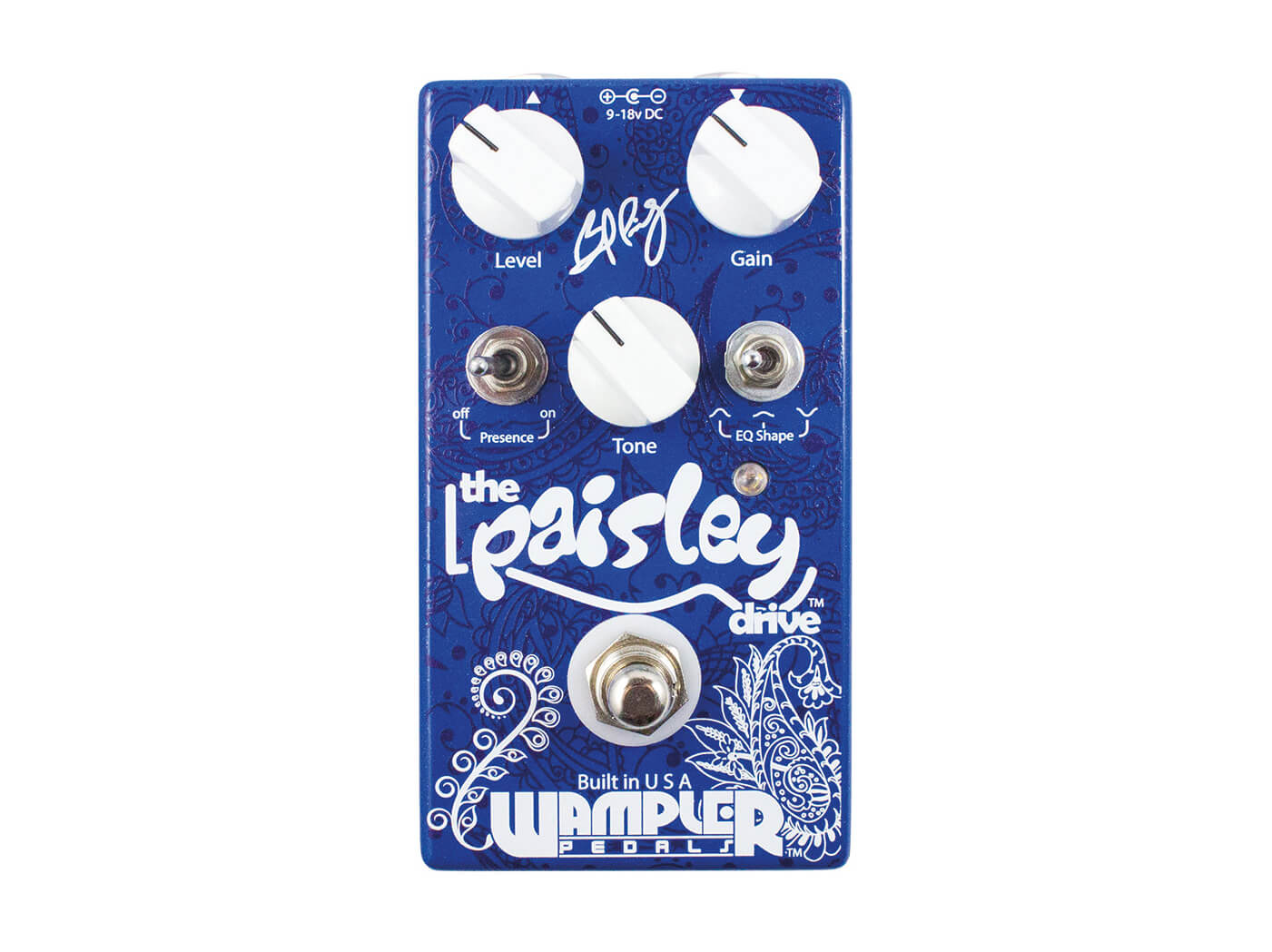 Country star Brad Paisley knows exactly what he needs from his guitar tone, as his affection for Crook Custom Guitars and Dr. Z amplifiers attests, and it’s no different when it comes to pedals. The Paisley Drive was created in close collaboration with Brian Wampler to create a Tube Screamer-type overdrive that offers that classic 808 sound and more besides. With the addition of presence and contour switches plus true bypass switching, it’s every bit the versatile, high-end overdrive. 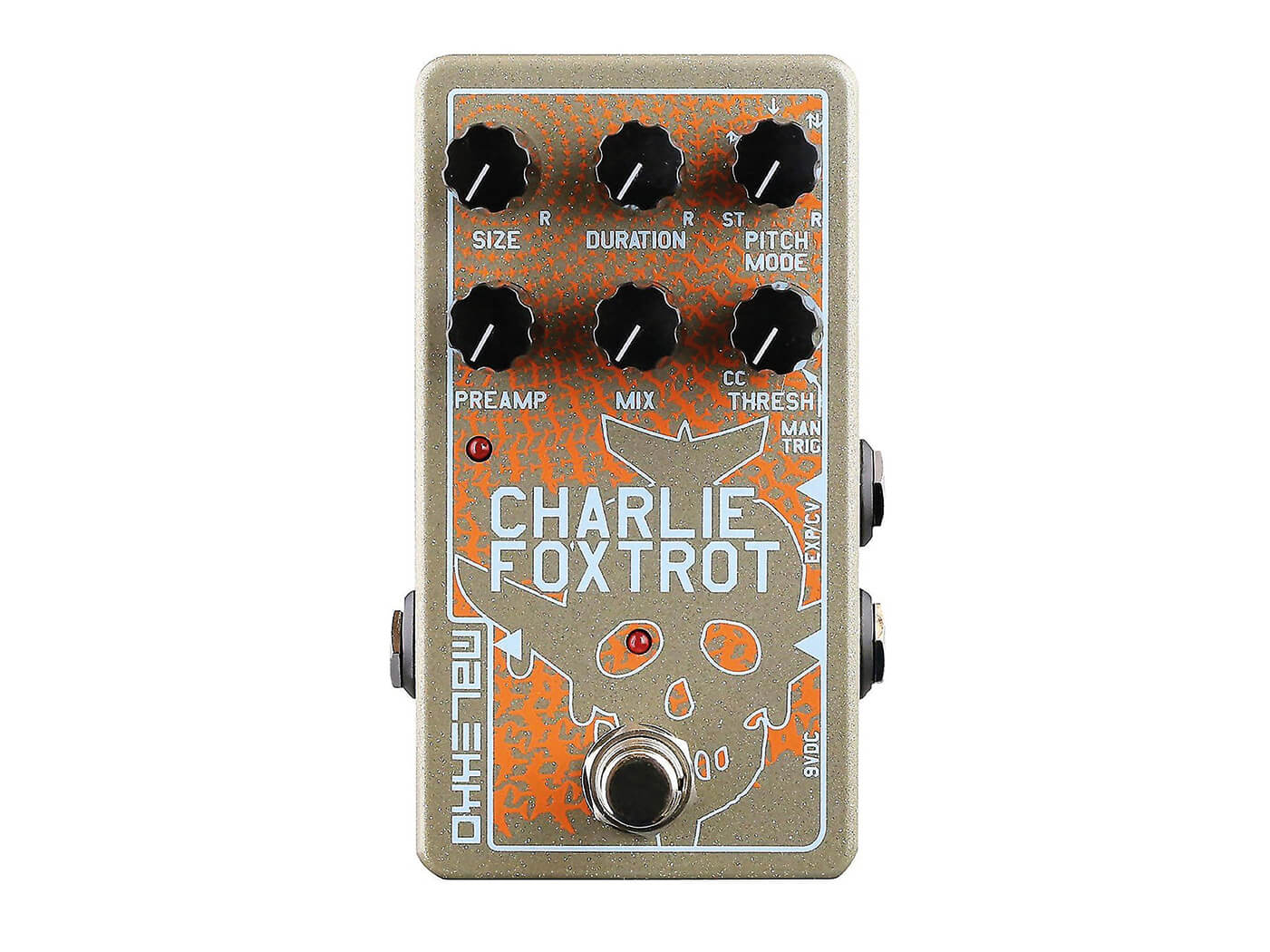 As you can see from the bulk of the entries here, signature pedals tend to focus on replicating an artist’s preferred flavour of dirt, but Dandy Warhols guitarist Peter Holmström and noise specialists Malekko have gone for something much more eccentric. A granular delay mixed with a digital buffer and looper, the Charlie Foxtrot can generate everything from warped tremolo-style burbles to glitchy chaos. 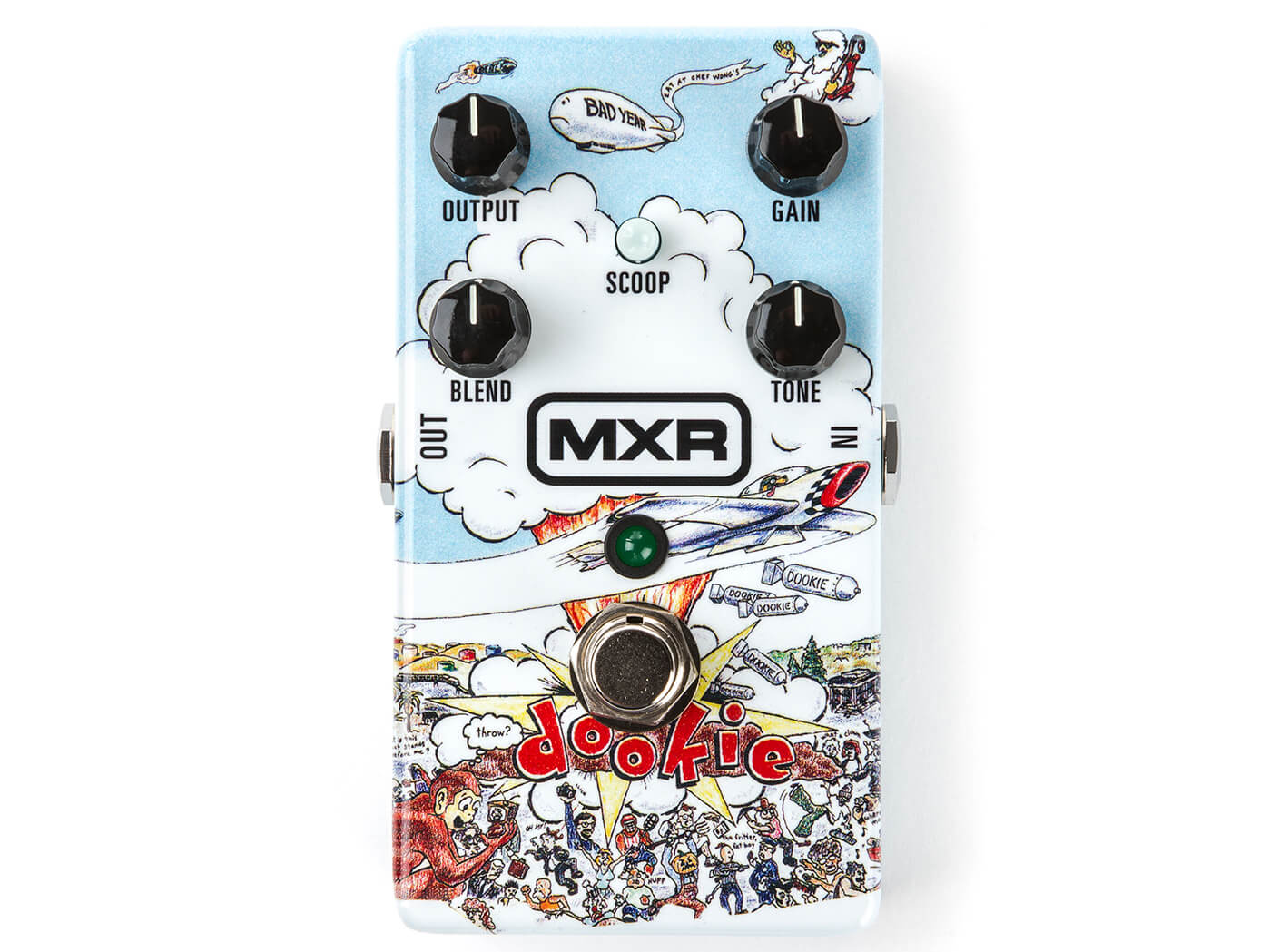 Sometimes a signature pedal does exactly what it says on the tin, and MXR’s new Dookie Drive, created with Green Day frontman Billie Joe Armstrong, is exactly that. If you’re a guitarist who has long wanted to capture the classic pop-punk overdrive tones that Armstrong squeezed out of his rig on the seminal 1994 album, this stompbox is where it’s at. 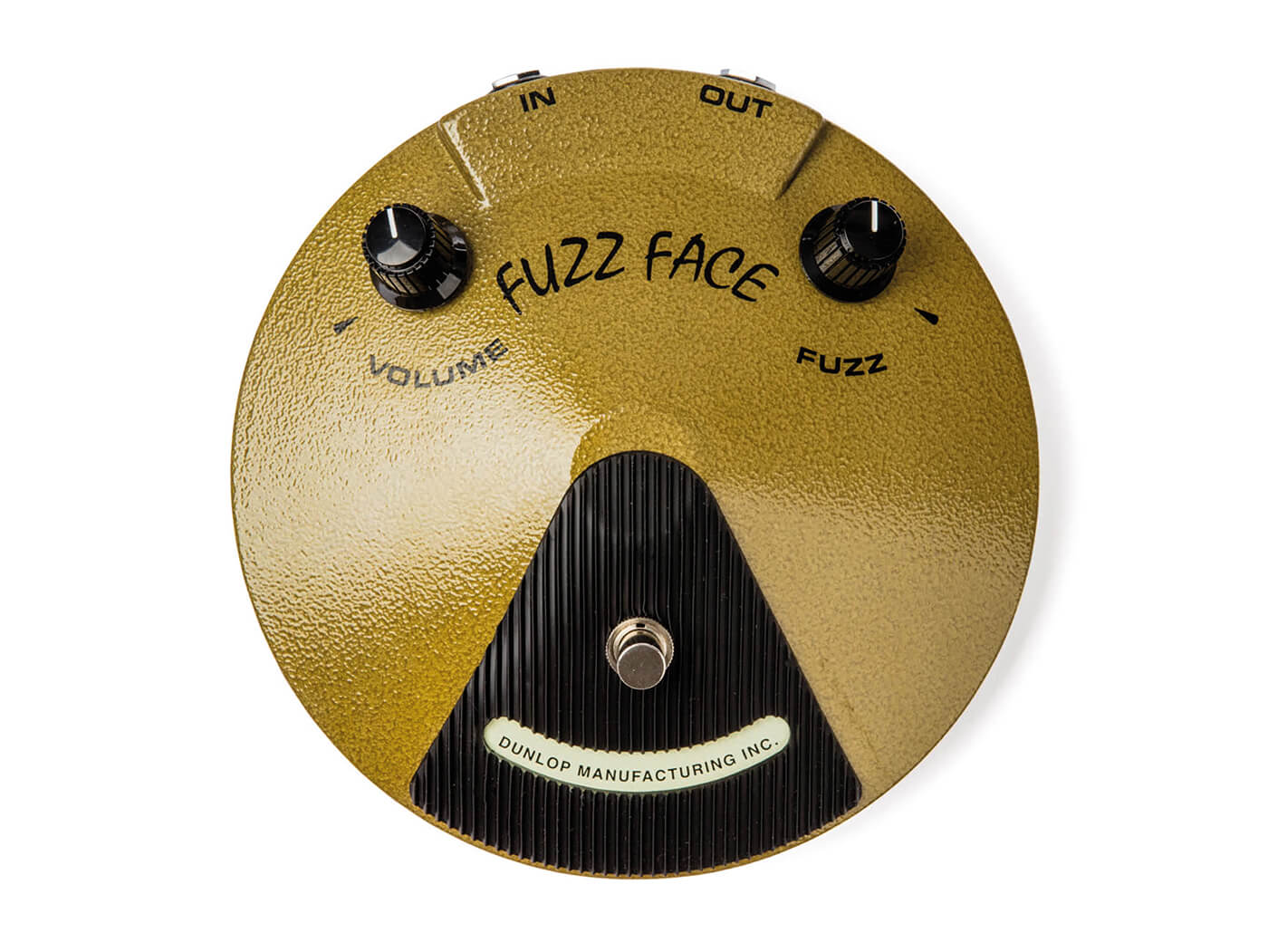 It’s arguable that there is no guitarist on the planet more particular about his tone than Eric Johnson, so it should come as no surprise that when it comes to the classic Fuzz Face, the Texan has his own ideas about exactly what he wants. The eye-catching hammertone finish contains a pedal that uses hand-selected BC183 silicon transistors for higher gain to create a pedal that Johnson calls “the pinnacle of psychedelic fuzz”. 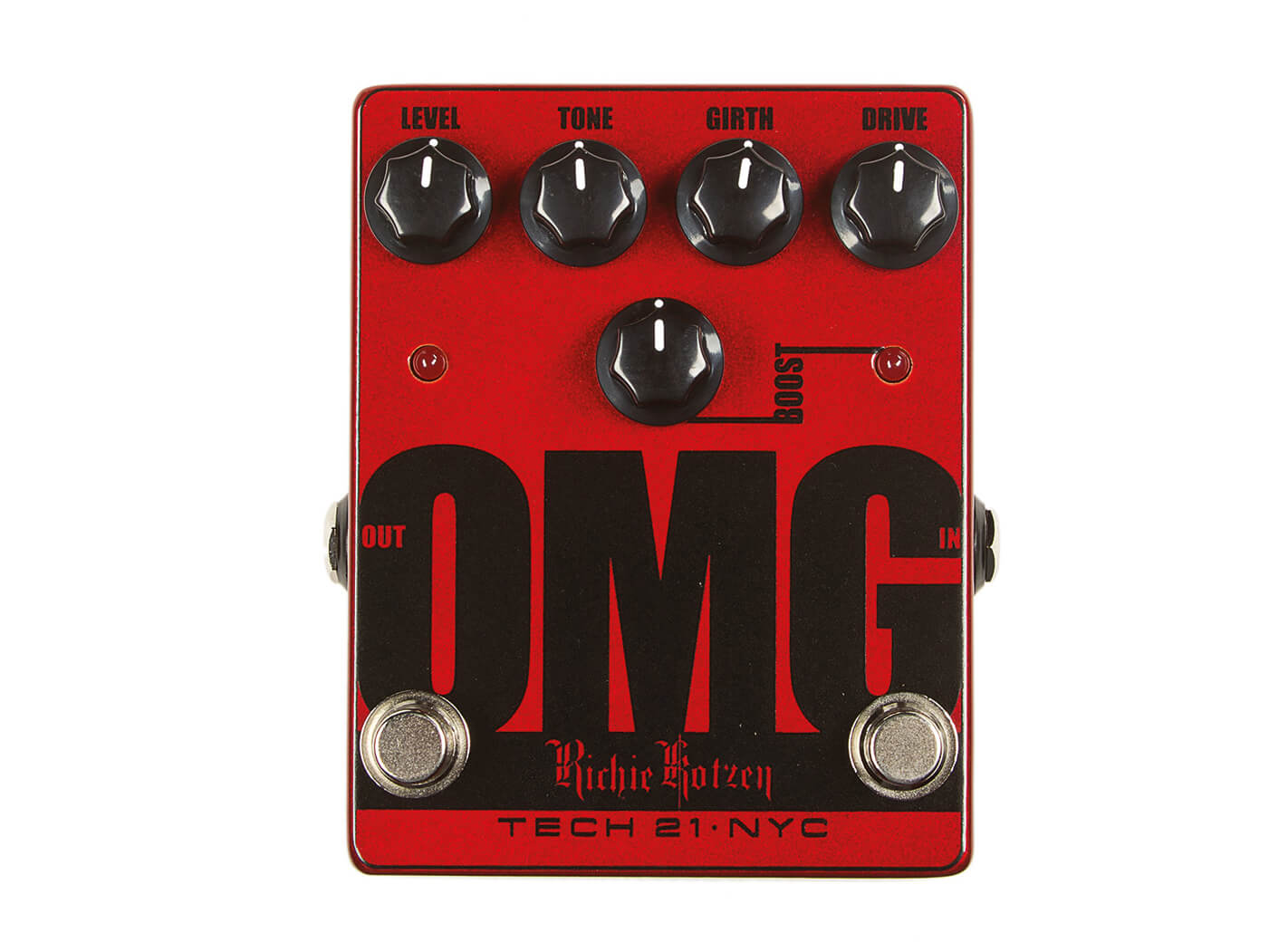 The OMG is another hybrid boost/distortion, this time created by New York pedal maker Tech 21 alongside shred maestro Richie Kotzen. Designed to replicate the overdriven sound of a single-tube Class A amp being pushed into screaming distortion, it’s no surprise that preamp specialists Tech 21 recreate those tones convincingly, with the boost channel giving you the ability to kick those tones into saturated, hard-rock goodness. 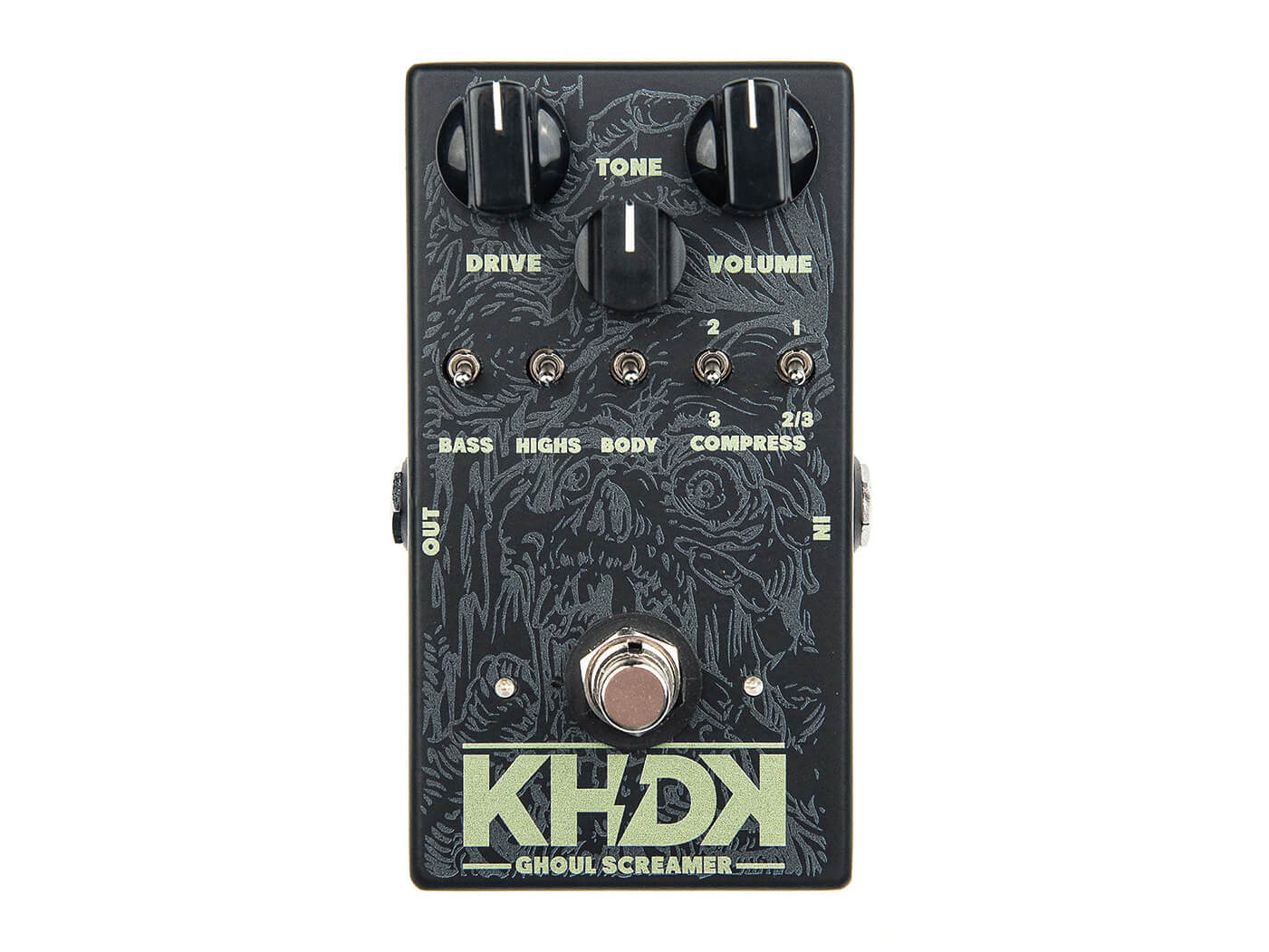 KHDK is more than just a signature pedal, it’s an entire brand created by Metallica guitarist Kirk Hammett. Recruiting Czech pedal-designer extraordinaire Antonin Salva, KHDK has created a number of pedals that mix spooky graphics with high-end boutique tones. The Ghoul Screamer is Hammett’s personal take on a TS-style circuit, with a whopping five switches designed to tighten up and boost your metal guitar tones.

Also check out our list for best signature guitars here.