The best guitar amps to buy in 2021: 14 best solid-state amplifiers

Once upon a time, tube tone was all that mattered to guitar players. But thanks to modern digital modelling technology, pro-quality tones are accessible to everyone. 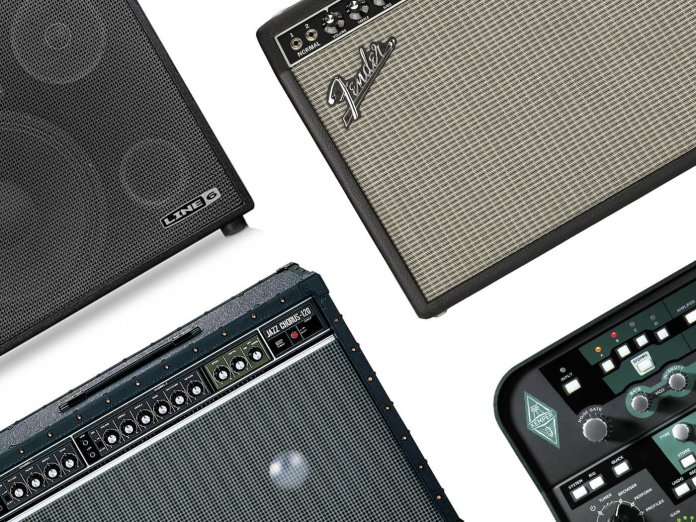 Although solid-state guitar amplification dates back to the early 1960s, the lion’s share of the greatest electric guitar tones of all time were generated by vacuum tubes rather than transistors. For many years, the flattering compression, clipping, saturation and non-linear response of valve amps that most guitarists crave seemed beyond the capabilities of solid-state technology.

Other than the Roland Jazz Chorus and a handful of other notable exceptions, throughout the 80s and 90s, solid-state amps were mainly confined to the bedrooms of beginners, with even the space-station-sized digital racks of stadium guitarists having valve preamps and power amps at their core.

Over the past two decades, digital modelling has changed everything. Harnessed to a solid-state preamp, digital modelling tech is now so convincing that it can be hard for even the most discerning listener to hear the difference between the modelled sound and the ‘real thing’, especially in the context of a band mix. Although tube tone and feel is still the high-water mark, there’s never been a better time to make the jump to a guitar amplifier based on solid-state or digital architecture.

Tube vs solid-state: what should you choose?

Lighter, more affordable, no tube changes – what’s not to like about solid-state amps, right? Well, it’s not quite as simple as that. Sure, valves fail, but they are easy to replace, and tube circuits tend to be much easier for amp techs to repair than modern digital ones. A well-maintained tube amplifier from 1955 is more than capable of delivering the goods on stage and in the studio for decades to come. On the other hand, how’s that smartphone from 2010 working out for you? See, we told you it wasn’t that simple.

That said, many of the new generation of digital modelling amplifiers offer a stunning and endlessly inspiring array of tones and effects to play with, not to mention the ability to swap tones with other users and download profiles of classic tube amps that are way beyond the budget of mere mortals. And even low-powered valve amps are loud. Kemper and Axe-Fx are the go-to digital systems for touring pros but these days, you don’t have to spend a fortune to sound great, so let us be your guide.

Buying a solid-state amp: what should you look for?

Impulse responses, amp-modelling, hybrid designs… there’s a lot of jargon to navigate but before you dive into our list, think about what you need from a guitar amplifier. Solid-state and digital amps don’t need to be driven hard to sound good, but on the other hand, the perceived volume of valve amplifiers is much greater.

Where a 20-watt valve combo will be just fine as a gigging amp, a 20-watt modelling amp likely won’t be heard above your drummer. For example, Fender’s Tone Master Deluxe Reverb utilises a 100-watt solid-state power amp to emulate the output of a 22-watt tube amp.

Then there’s the user experience. Do you want your digital amp to emulate the look and feel of a vintage valve amp, with just a simple array of controls to navigate? Or are you happy to navigate menu after menu on an LCD screen, or fire up an app for deep editing over Bluetooth? All of these options and more can be found in the list that follows. Time to dive in.

The best solid-state amplifiers at a glance…

When we compared the Tone Master Deluxe Reverb to an original ’65 Deluxe Reverb, it proved to be a much closer thing than anyone anticipated, with the Tone Master series offering some of the closest digital emulations of the vintage valve-amp experience than ever before. There are more versatile options out there, for sure, but few modelling amps get as close to the vintage tube amp experience. 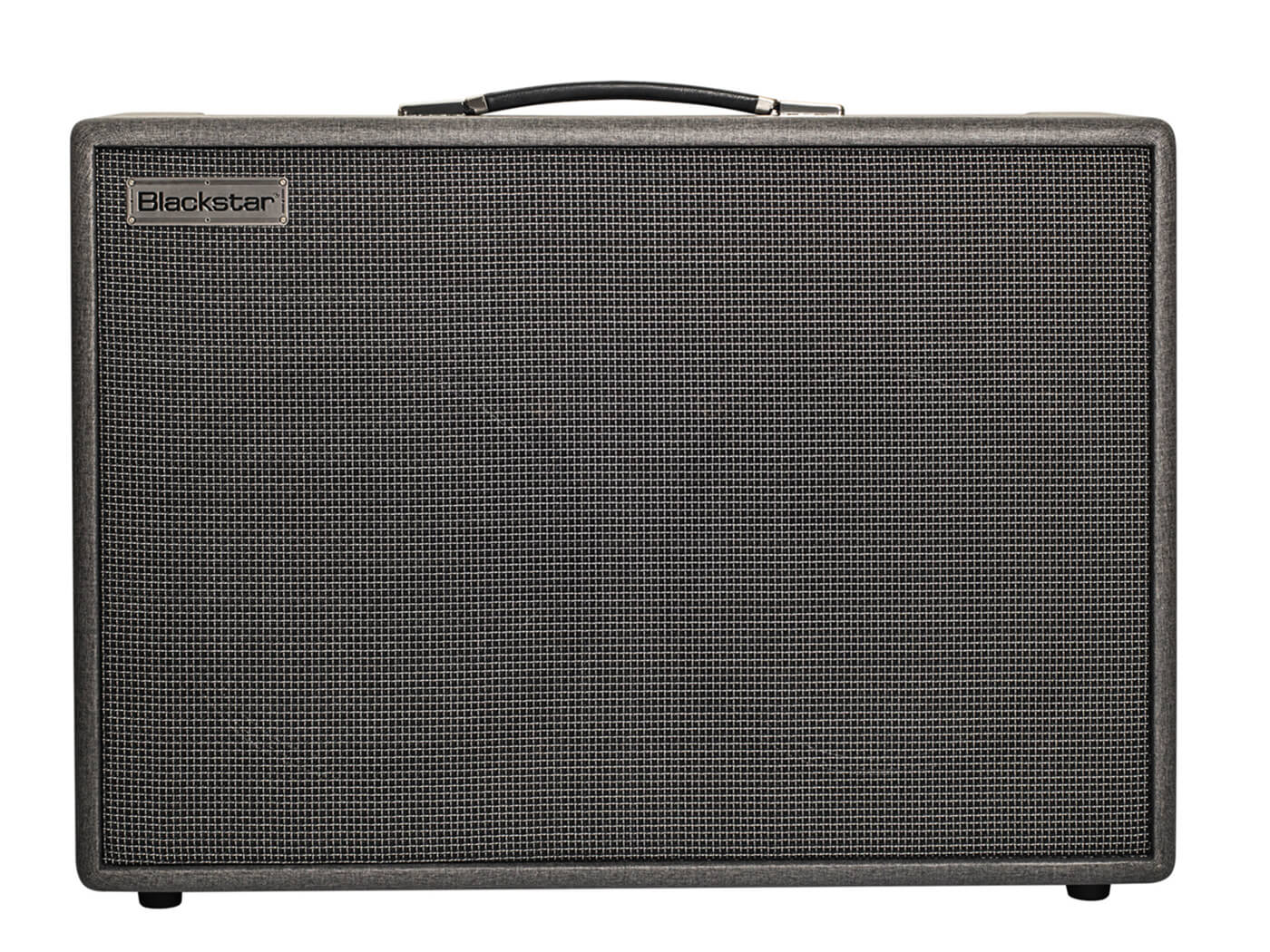 One of the best things about Blackstar’s Silverline Stereo Deluxe is how it nails valve-like feel and response – which arguably is the deal-breaker for many players. But on top of that, it packs some seriously immersive stereo effects.

It’s easy to lose hours sitting listening to your guitar dance from one end of the Super Wide Stereo image to the other, and there’s just something so musical and inspiring about this combo’s combination of long delays and reverbs that it’s sure to be the jumping-off point for a lot of music. 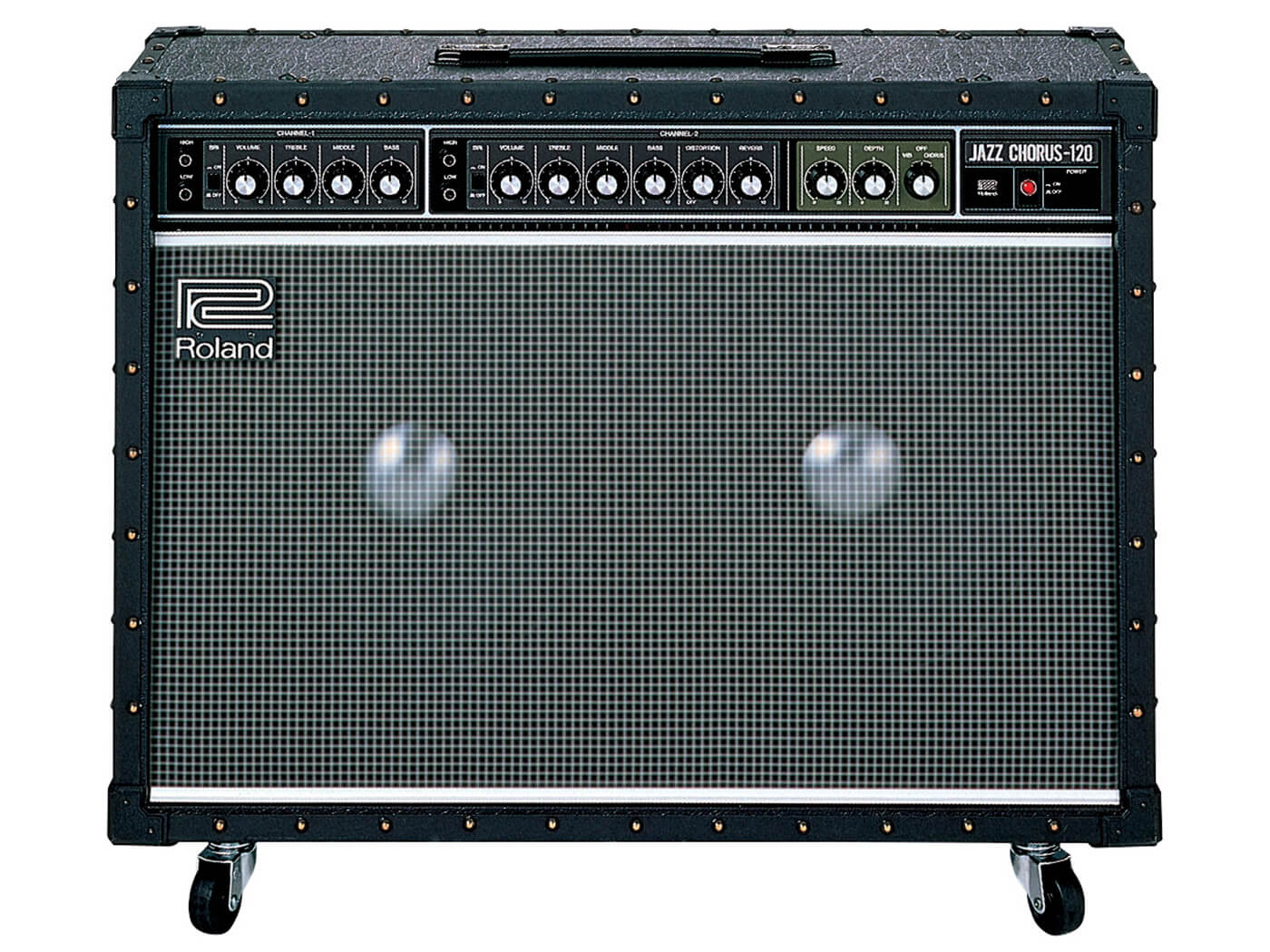 The most iconic solid-state amplifier of all time is still going strong today, thanks in no small part to the huge list of star players who fell for the Jazz Chorus following its launch back in 1975. The JC-120 really hit its straps in the 1980s, when hitmakers from all ends of the spectrum gravitated towards the amp’s idiosyncratic, crystalline cleans – from Andy Summers and Robert Smith to Kirk Hammett and plenty more besides.

While it may look just like a multi-effects unit, the Black Spirit 200 Floor isn’t just an alternative to your amplifier; it is the amplifier and in some regard, the pedalboard as well.

Almost everything on the Black Spirit 200 can be assigned to presets. So you can easily set up a clean tone with tremolo… or even a high-gain scream with phaser, delay, boost, less sag, more presence and all 15 fuzz pedals in your effects loop switched on. That may be an extreme example, but you get the idea. 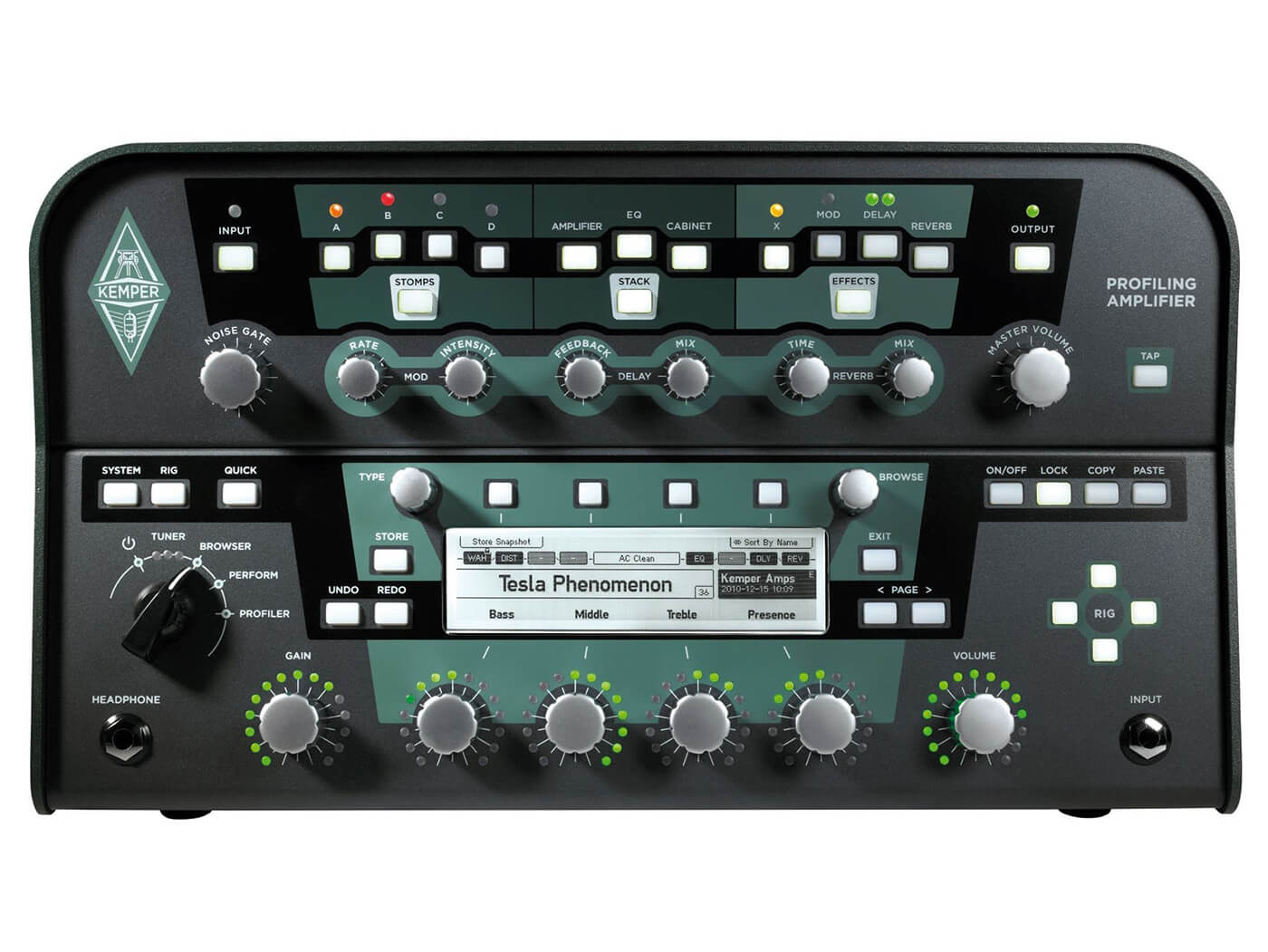 Kemper’s game-changing Profiler is one of the most faithful and convincing digital modelling systems around, and gets its tones by quickly creating profiles of specific amps (even your own) with impressive fidelity. A library of vintage classics at your fingertips, and even more to download online? Why not?

The rivalry between Kemper and Axe-Fx for the modern tech-savvy guitarist is like Nintendo vs Sega for 1990s gamers, but it’s fair to say that Fractal’s impact on the guitar world has been just as seismic as its rival’s. Offering unprecedented control and versatility for the stage and studio with jaw-dropping tones to match, Axe-Fx III has three times the processing power of version two, plus a massively improved display to make it even easier to use. For many, it’s every amp and effect they’ll ever need, and more. 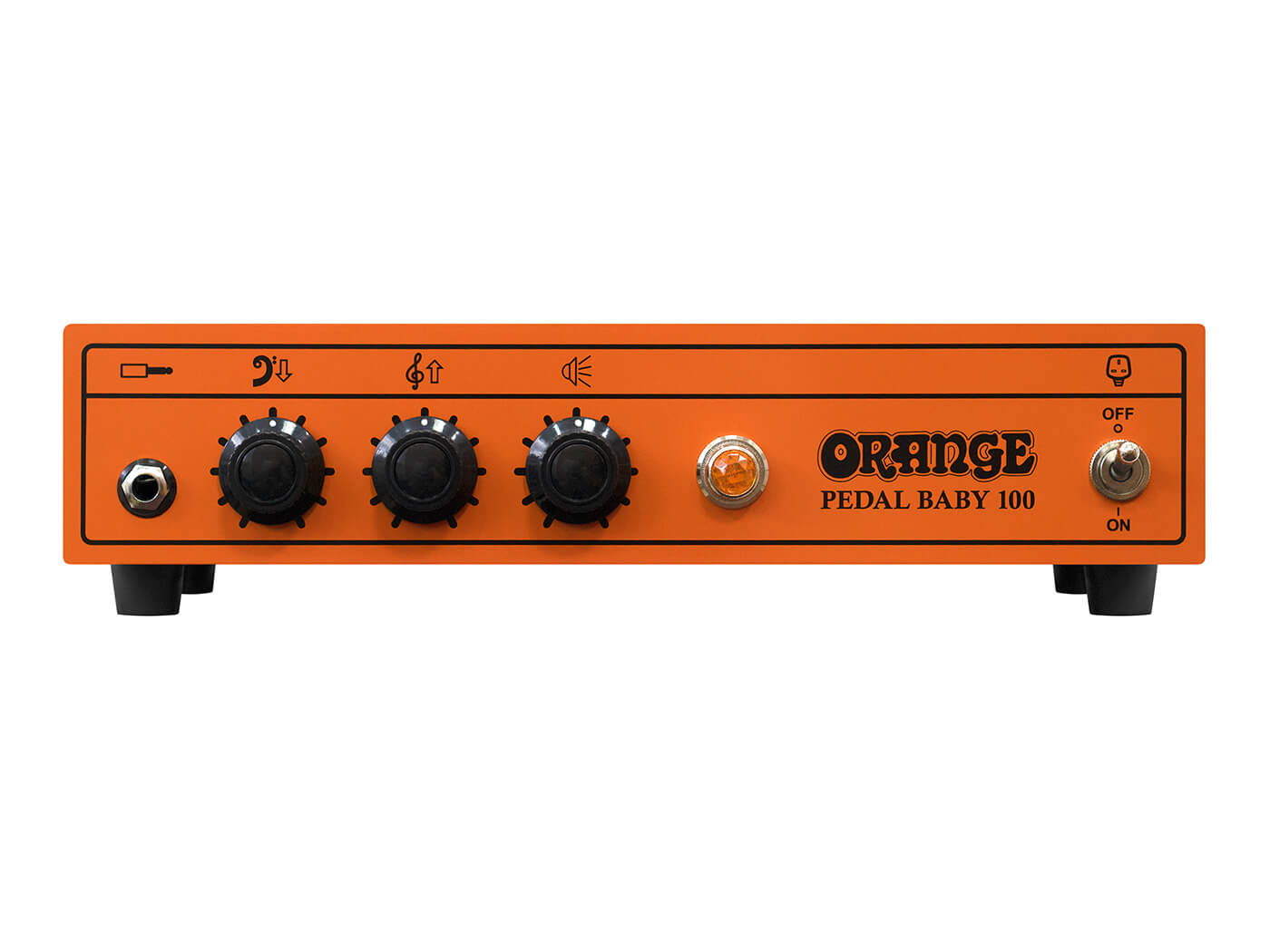 Life as a gigging guitarist often brings about moments of great uncertainty – sometimes the only thing we can rely on is our sound. Enter the Orange Pedal Baby 100, a single-ended solid-state head with a Class A preamp and Class A/B power-amp configuration. It’s portable, simple to operate and most importantly, ensures that your precious tones stay consistent on the road. It also doesn’t hurt that this lightweight head is a looker – with the silk-screened Orange logo on the top adding zest.

Marshall may be one of the biggest names in the history of guitar amplification but it took its time to get into the modelling game. When the CODE series finally arrived, it brought along with it a selection of classic Marshall tones with 14 preamp models, four power amp models and eight speaker cab simulations. The CODE100 would prove useful in a home studio situation, as its onboard USB-to-DAW connector – along with 24 built-in effects – make it relatively easy to lay down tracks, directly through the amp.

Orange’s Crush range represents some of the best bang-for-buck fun in all of guitardom, and over the years, the British company has continued to refine and improve the line to ensure the authentic Orange experience isn’t just limited to classic looks. The giggable 35RT is a wonderful case in point – offering classic British rock tones, with its built-in reverb and tuner making it an even more impressive proposition. 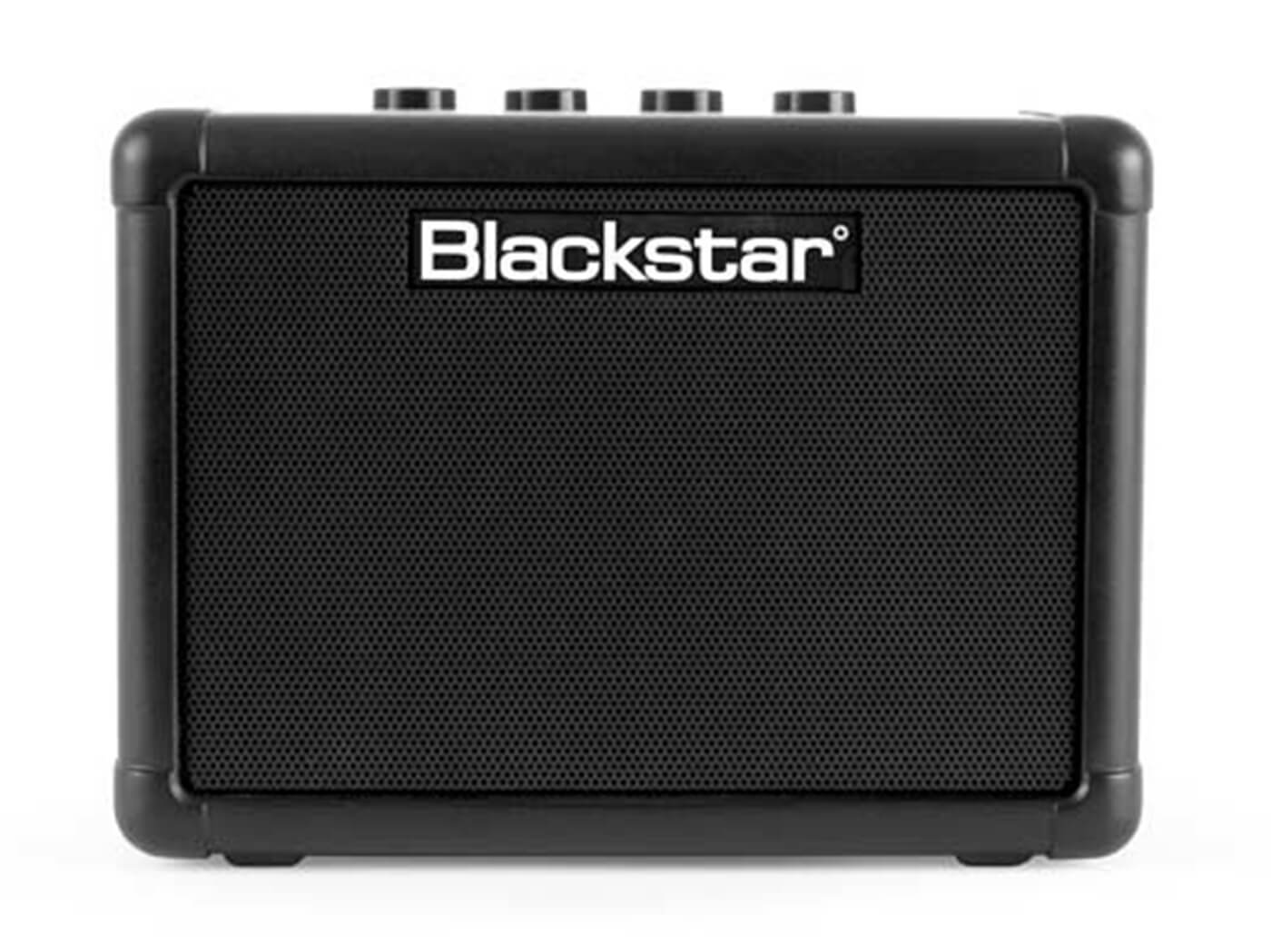 You might be forgiven for thinking the Blackstar Fly 3 couldn’t possibly be a proper amp, given that it’s barely bigger than a Coke can, delivers just three watts of solid-state power and is cheaper than an effects pedal. You’d be wrong. The Fly’s deceptively powerful three-inch full-range speaker delivers seriously impressive clean tones, while the built-in delay effect fills a room impressively. With a line-in for jamming along to songs and a headphone out that places your guitar sound at the centre of the stereo field, the Fly is the first portable micro-amp that genuinely sounds good.

Powered by VOX’s Virtual Element Technology – which aims to faithfully recreate analogue circuitry – and packing a Korg Nutube-driven preamp section, the Vox Cambridge50 is capable of truly dynamic and tube-like performance. Add to that a custom Vox-voiced Celestion 12-inch speaker, 11 amp models and eight built-in effects and you’ve got all the makings of a great rehearsal room amp.

It may not look much like a conventional guitar amp – in fact, it may look like just an amp head or DAB radio – but the original THR10 was a revelation when it first appeared back in 2011 and it continues to be a hugely popular practice amp today.

The THR10 II expands on the first truly good-sounding desktop amp – adding on three new amp types to its arsenal of impressive classic amp emulations and all-new wireless connectivity that allow it to sync with a Line 6 GT10 transmitter. Meanwhile the battery-power option and ability to use it as a USB audio interface further cements its place as a home-amp essential.

The original Mustang GT was impressive for the money, offering a wealth of modelled amp sounds from both inside and outside the Fender stable, artist presets, app-based control and wifi connectivity. With the GTX100, Fender adds on even more amp models – including Fender favourites such as the Blues Jr and Vibro King – more onboard effects and an all-new comprehensive footswitch, which can be used to trigger presets, tap tempo and a 60-second looper.

Coming in as part of Boss’ second generation of solid-state amps with digital tweakery, the Katana-50 MK II offers increased tonal flexibility, and the option to run up to five effects at a time instead of three. Like its amp-cestor, this amp doesn’t really need much other than a guitar to get the best out of it, and it sounds remarkably good.

Built-in effects are, for the most part, familiar – this is a Boss product after all, and we all know what the Japanese stompbox titan can do in that field. That said, the selection of 60 onboard effects covers all the basics, from three different boost voicings to a nice trio of reverbs, while three ‘FX’ options include tremolo, octave down and a very cool envelope follower.

Watch us compare a 100-watt Boss Katana MkII with a boutique tube combo.