Black Friday and Cyber Monday 2020 for guitarists: The best guitar deals to watch out for

The most dangerous time of year for your wallets is here.

The season of savings is upon us once again, but thanks to COVID-19, it’s safe to say that you’re better off doing your Black Friday and Cyber Monday shopping from home this year. That doesn’t mean you have to miss out on some of the deepest discounts of the year, however.

Here, we’ve compiled a rolling list of the best online deals for guitars, amplifiers, pedals, software and loads more – keep checking back as we’ll be adding more as they come.

The best Black Friday 2020 deals for guitarists at a glance

The best Black Friday and Cyber Monday 2020 deals for guitarists

Select Walrus Audio Pedals: 20% off at Sweetwater (US) 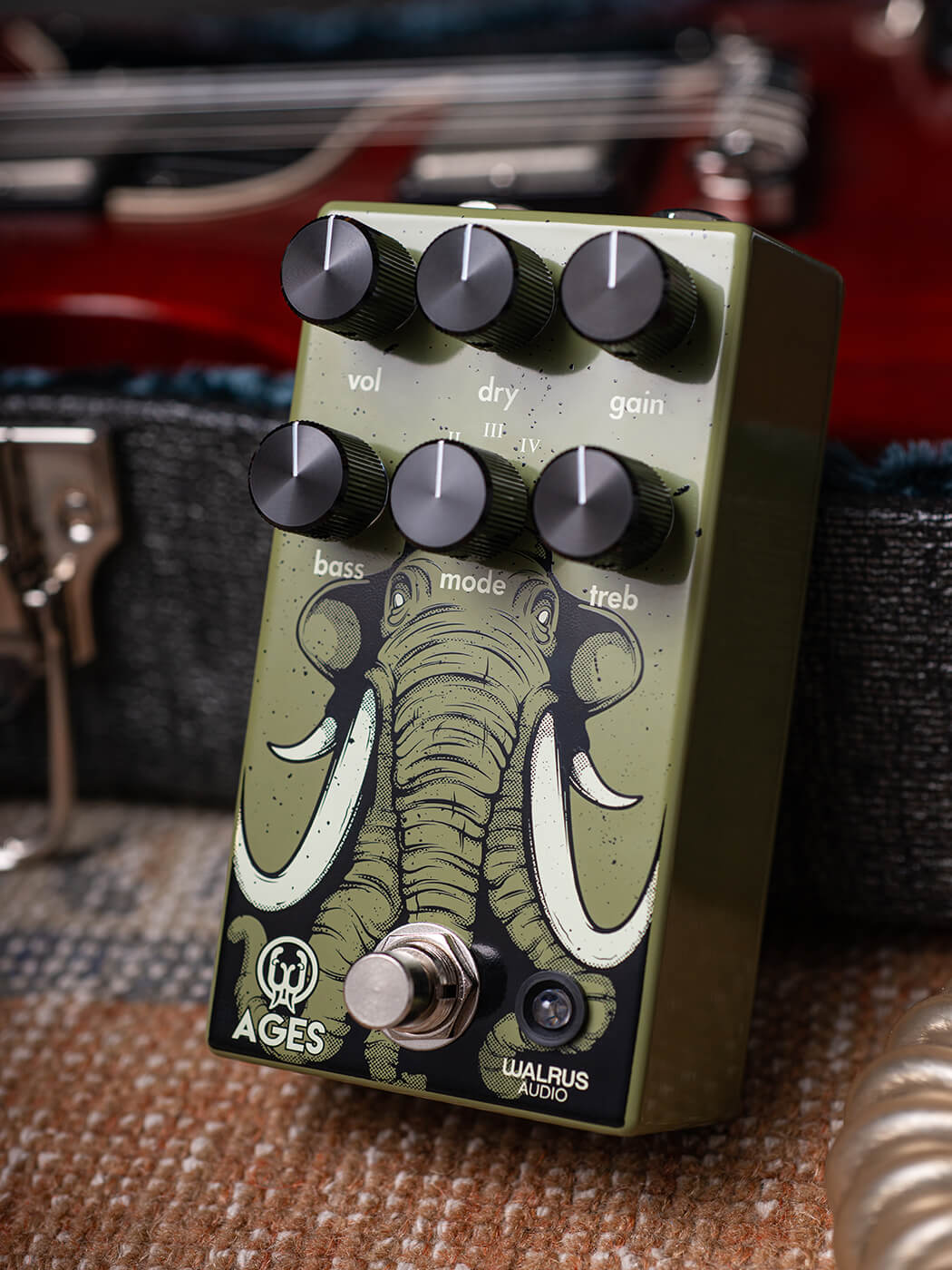 Almost all of the Walrus Audio pedals Sweetwater sells have had a fifth of their price removed – including the Ages, Julianna and the Voyager, to name just three out of myriad deals. If you’ve kept up with our reviews, you know we’re quite the fans of Walrus Audio pedals here at Guitar.com – so do yourself a favour and grab one of the brand’s great stompboxes at a discount.

Looking to stand out from the crowd? D’Angelico guitars always have aesthetics that are a cut above, it’s true. But the Ludlow combines that with a truly unique body shape, and some friendly features like coil-tapping push-pull tone knobs and a deluxe hardshell case included in the price. That price, as luck may have it, has been brought way under a grand for the Black Friday sale over at Andertons: shaving a whopping £550 off the cost.

Tracking guitars directly in the box is a practice more and more common these days and virtual rigs emulating the sound of a mic’d up setup are sounding as uncanny as ever. Positive Grid’s Bias plug-ins let you design your virtual guitar sound and are going for 60 per cent off for Black Friday.

Check out these deals on positivegrid.com

Whether you need quick grooves for a demo or authentic drum sounds to complete a track, virtual drums present an efficient workaround to live drum tracking. Steven Slate Drums 5 is one of the most popular drum plug-ins to date and one that you’re bound to have heard on some of the biggest records. The fifth iteration of the software includes 148 modelled drum kits and over 2,400 MIDI grooves spanning an array of genres, so you’ll have plenty of options to choose from. It’s going for $59 for Black Friday, check out how it sounds below.

Looking to grab one of the highly-regarded Neural DSP guitar plugins? They are all great-sounding recreations of guitar gear, and right now they’ve had all of their price tags bifurcated in celebration of Black Friday.

if you’re looking to get the ultimate savings deal – IE, 100%, look no further than Neural DSP’s daily giveaway of a Quad Cortex guitar effects unit! All you have to do to enter is subscribe to the brand’s mailing list, but share the competition to bolster your chances.

We had very nice things to say about the Sonnet 120’s smaller sibling, so grabbing this larger amp with a saving of $80 is a great idea. It’s packed with all the things an acoustic guitarist needs to gig with, including dual inputs and extensive tone-shaping.

Anderton’s: 15% off all JHS Pedals

JHS is one of the highest-revered brands on the boutique scene, and so if you’ve been thinking about grabbing one of Josh Scott’s creations, Black Friday 2020 is the time to do it. Andertons has taken 15% off its whole JHS stock – even the newly announced 3-series pedals, bringing them down to an absurdly affordable £84.

This miniature amplifier head features a classy, understated design – and is small enough to throw in your gig bag no problem. Despite its tiny enclosure, it’s decked out with a channel-switching footswitch input, two speaker outputs, an effects loop, and aux input and a headphone jack. Right now, it’s over half off at GuitarGuitar – an insane deal!

Thomann’s Black Friday deals have kicked off, and one of its more stellar offerings is this Harley Benton 2×12 cabinet, which fits a duo of Celestion Vintage 30 speakers. Even before the November deal period, this particular cab was a bit of an open secret for price-savvy guitarists – if you want to know why, just look up the price of an individual Celestion Vintage 30 speaker…

Check out the deal here.

If the thought of putting together your own electric is something you’re keen on, this Harley Benton guitar kit could be a great place to start. At just £59, you get a pre-cut rengas body, a maple neck, plus the hardware and electronics to put together your own S-type.

Check out the deal here.

Squier guitars are known for their great price-performance ratio – and this Bullet Telecaster is no exception. Featuring a no-frills take on the original design, it’s fitted with two vintage-voiced single-coils and comes finished in a tasteful butterscotch blonde. Right now, there’s $40 knocked off its price tag over at Musician’s Friend – not an insubstantial portion of its price!

Are you a fan of TC Electronic’s effects pedals? Then you’ll be a fan of the Plethora X5. Filled to the brim with effects, this little unit features extensive I/O connections and a cabinet simulator section to make it a fully-fledged guitar rig in a single unit. Right now, it’s £90 off over at Guitar Guitar – at least the price of an entire TC Electronic stompbox!

This acoustic, fitted with a quality Fishman Presys Onboard Preamp System, a flame maple top, an ebony bridge and a bone nut, is already a steal at its base price. But with £100 taken off that, it’s even more of a bargain.

Sweetwater (US): 20% off all Danelectro pedals 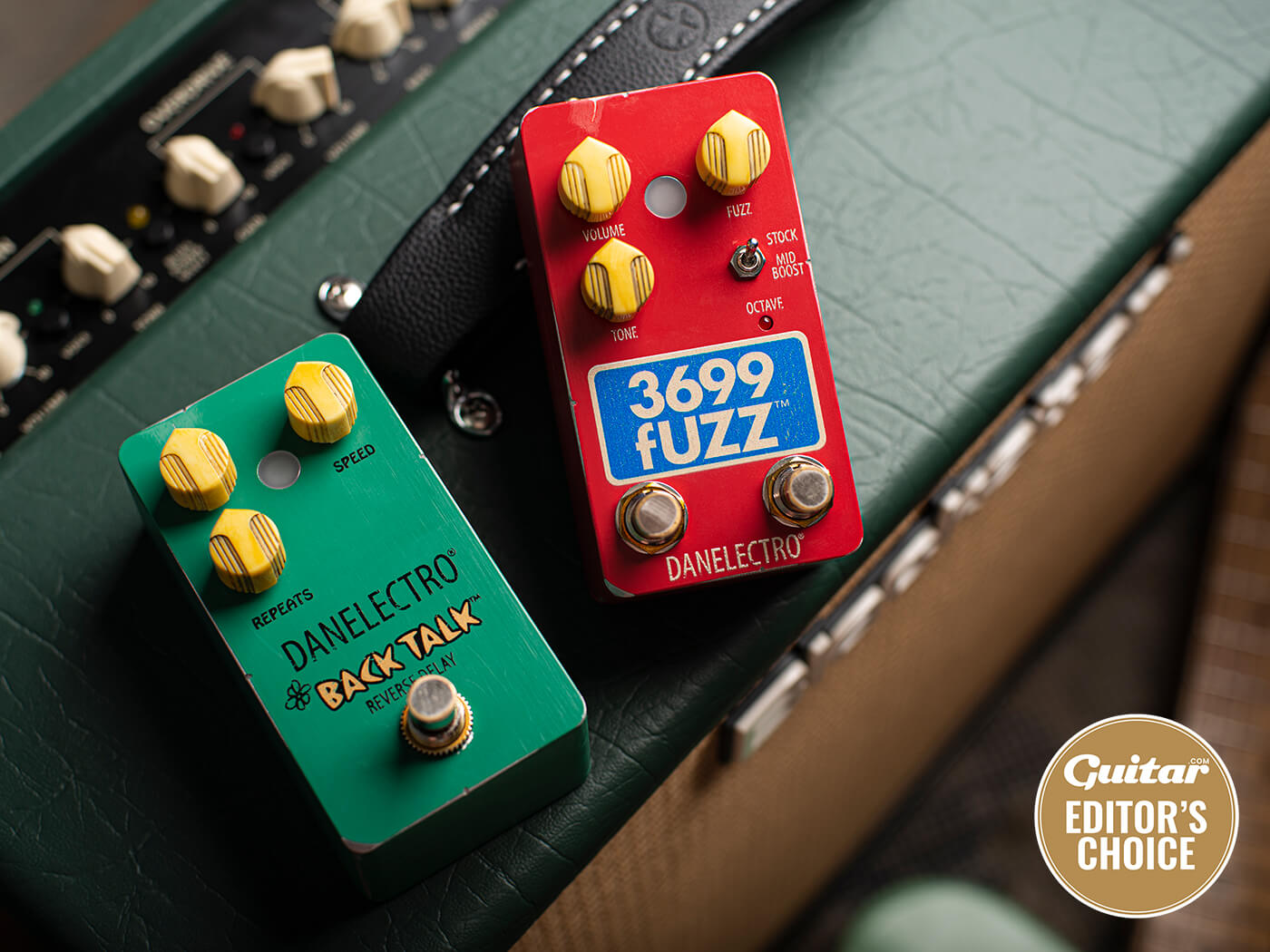 Sweetwater has discounted its whole stock of Danelectro effects pedals – including the rather wonderful Back Talk and 3699 Fuzz, which you can read our review of here. These vintage-tinged stompboxes all lend a unique take on their particular effect, be it overdrive, fuzz or reverb.

Andertons have slashed the price of this electric double-cutaway by a cool £100. Revstars are stripped-back rock machines, and this model is no exception – with a two-piece bridge and two humbuckers, it’s familiar territory for many guitarists. This guitar in question has a slight scratch on its body, but if you’re planning on throwing it around a stage, it’s a small price to pay for a £100 discount.

Anderton’s Back In Black Friday sale sees the UK-based retailer offload B-stock guitar gear at a discount. One of the more notable deals is on a Hughes & Kettner Black Spirit 200 Floor Amp Head, available at just £632. We checked out this impressive amp back in January and suffice to say, it earned our praises and an Editor’s Choice award.

For those over the pond, Sweetwater is offering a number of deals in the run-up to Black Friday. Particularly exciting is this D’Angelico Premier Mini DC XT – down by $200. The guitar itself is exclusive to Sweetwater, and is a double-cut semi-hollow, with a small body and a build consisting of a laminated maple top and body, and solid maple centre block. It also comes fitted with two vintage-voiced Seymour Duncan USA humbuckers – so for just $699, that’s a steal.

The versatile PRS SE Custom 22 Semi-Hollow is going for $100 off on Musician’s Friend and it packs some surprisingly premium features. The mahogany bodied guitar sports a flame maple veneer top and is finished in an attractive vintage sunburst finish. Meanwhile, a set of PRS 85/15s humbuckers come routed with coil-tapping talents for increased tonal variety.

The thought of buying a double-neck guitar has probably crossed every guitar player’s mind at some point or another. Here’s a chance to realise that dream… at 20 per cent off.

The Epiphone Limited Edition G-1275 Custom Double Neck in Alpine White is now going for $879.99 (usually $1,099) on Musician’s Friend. And in case you’re wondering, this one is based on the Gibson 1235 Doubleneck made famous by the likes of Pete Townshend, Jimmy Page and even Elvis Presley.

IK Multimedia has slashed prices on eight software titles, including AmpliTube Joe Satriani. This collection of amps, cabinets and stompboxes were modeled after some of Satriani’s own equipment with supervision from the virtuoso himself. Plus, included presets offer the exact tones used on some of Satriani’s records.