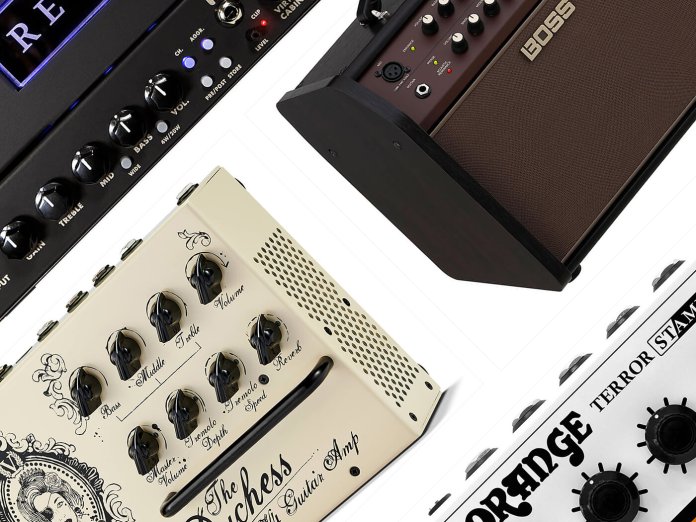 The Revv Amplification G20 packs the amp company’s signature purple channel into a handy lunchbox tube amp format. The G20 is the second amp in Revv’s collection to feature integrated Two notes Torpedo cab simulation and switchable internal reactive load. Other features of the amp include the ability to switch channels, voices and the Two notes settings via MIDI or an optional preset footswitch.

The pedal-sized Soundscape is an acoustic guitar amplifier developed by LR Baggs with Dr. Jonathan Abel, co-founder of Universal Audio. The Soundscape interfaces with a smartphone to measure the acoustic response of your guitar and create what LR Baggs calls a “Voiceprint”, which is then used to create a more “authentically ‘acoustic’” tone with your pickup’s signal.

You’d never guess that Victory Amplification’s ultra-compact V4 The Duchess is in fact a 180-watt single-channel guitar amplifier. The pedalboard-friendly amp features an all-valve preamp section made up of one EC900 and three CV4014 tubes, as well as controls for an onboard digital tremolo and reverb section.

We were all thrilled when Jimmy Page launched his Sundragon amp at 2019’s NAMM. The amp quickly sold out, and the Led Zeppelin guitarist followed up with an announcement about plans for a standard production model. The amp in question is the Sundragon Standard which like its predecessor, is based on Page’s original, heavily modified Supro Coronado that was used on Led Zeppelin I. The new amp features some changes to the cabinet design and trades NOS tubes for modern ones, but is assembled using point-to-point wiring like the original Sundragon. 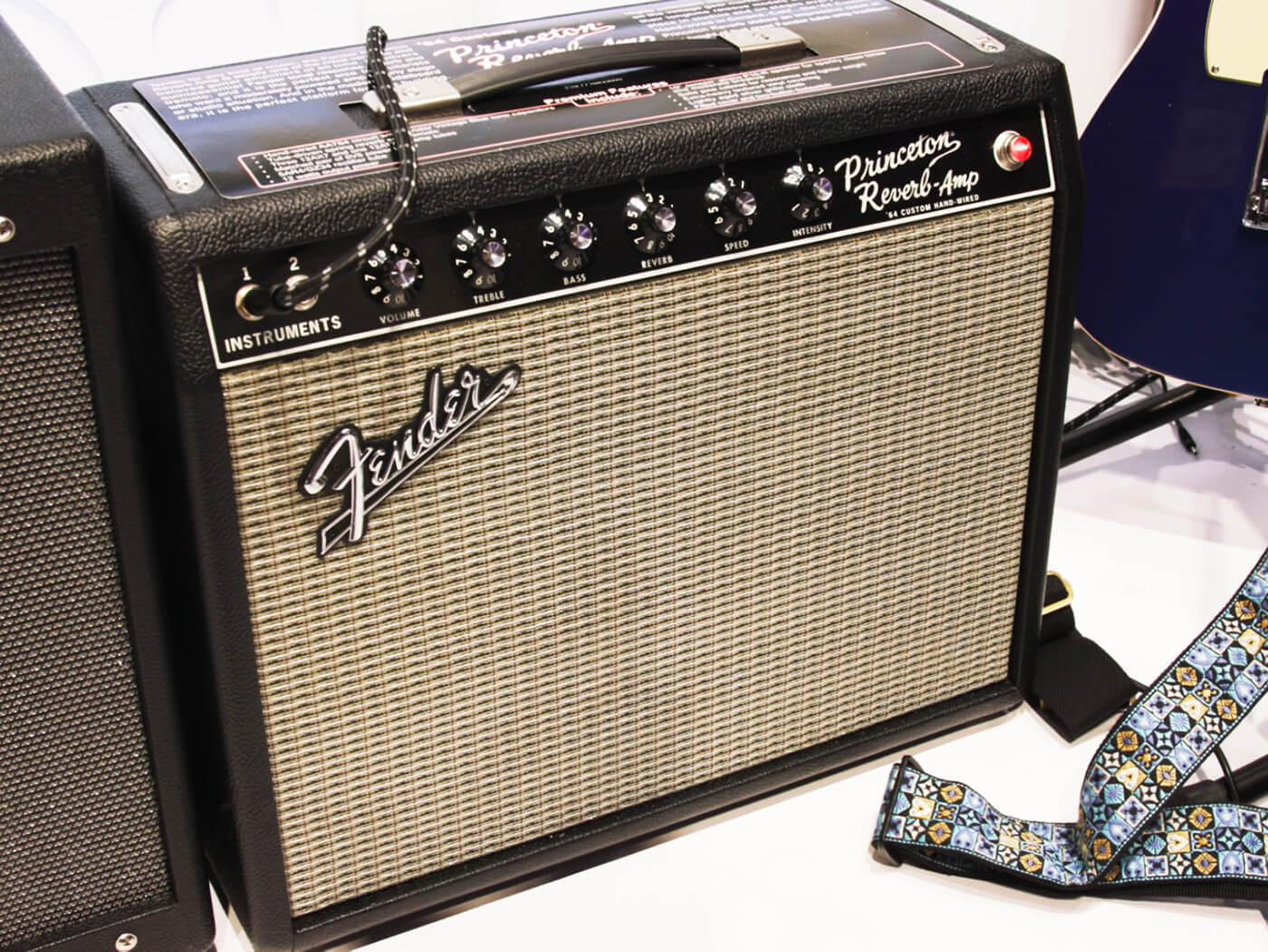 Fender’s 2020 amp collection was spearheaded by the ’64 Princeton Reverb, the newest member in the brand’s American Hand Wired series. The iconic workhorse amp features a hand-wired AA1164 circuit with tube-driven spring reverb and tremolo. Powering the preamp section is a trio of 12AX7s and a 12AT7 for the phase inverter. A pair of 6V6 power valves complete the amp’s American profile while a 5AR4 rectifier tube provides the ‘sag’ beloved by tube purists. 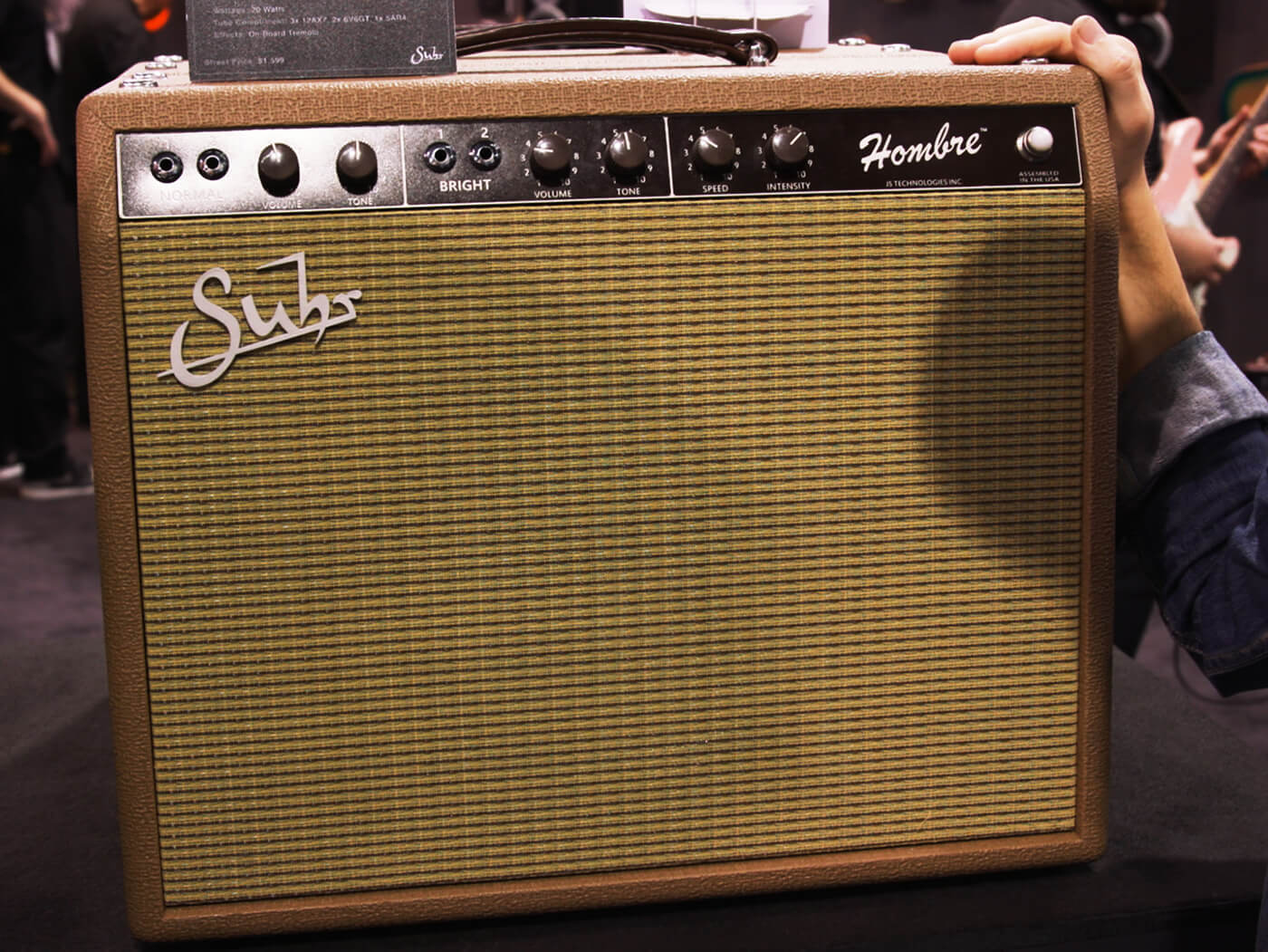 It’s not surprising how the Suhr Hombre handles ZZ Top tones with ease – the amp is inspired by the classic ‘Brownface’ Fender amps of the 60s after all. The 20-watt two-channel Hombre features a no-frills control panel: just a single volume and tone control for each channel. Additional Speed and Intensity controls can be used to take the amp’s tube-driven tremolo from subtle flutters to washed-out warbling. Tube-wise, the amp features two 12AX7s (preamp), one 5ARH (phase inverter) and a pair of 6V6s (power amp). 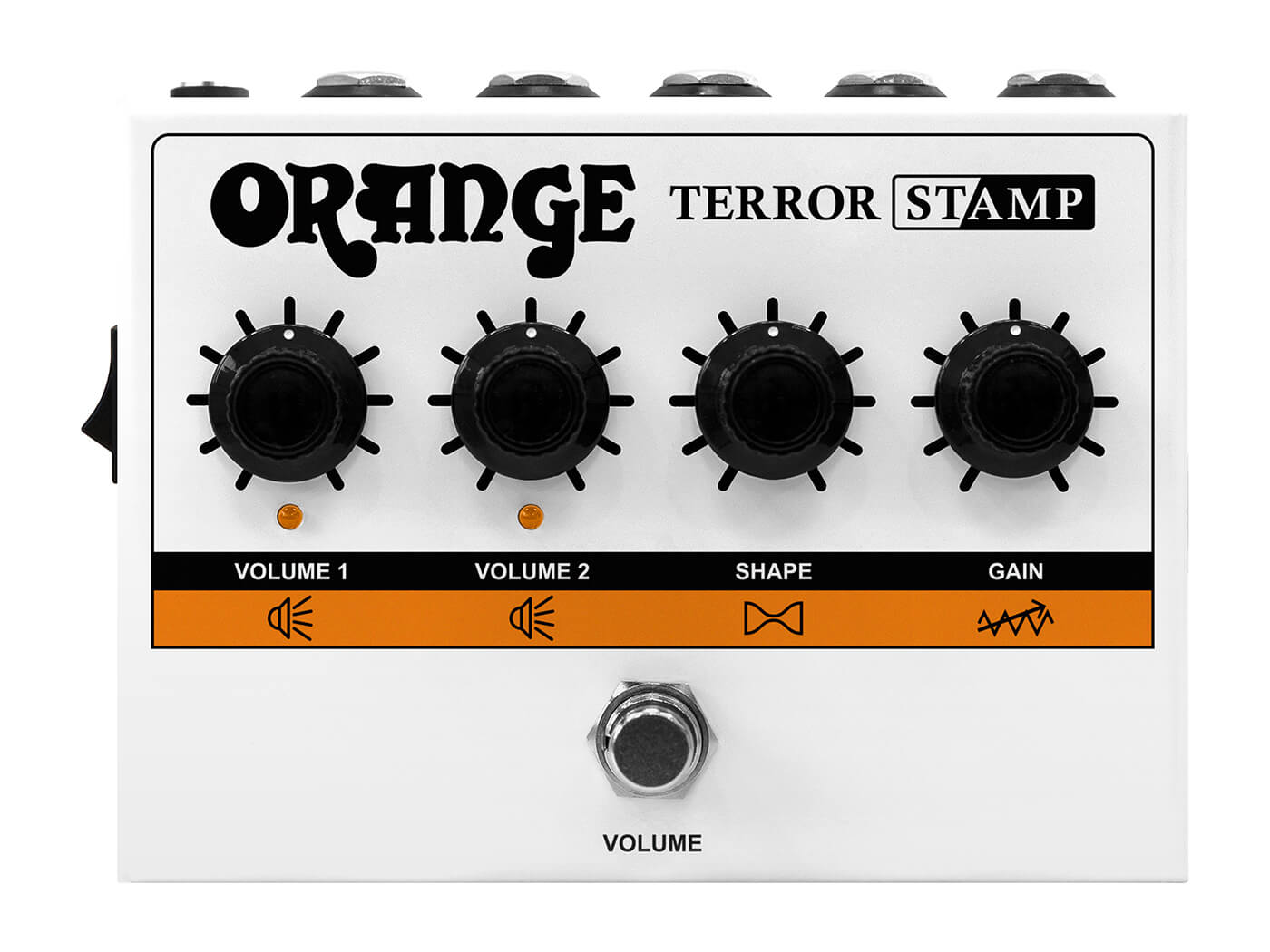 Fans of Orange Amplification’s Micro Terror and Micro Dark will appreciate the UK brand’s new Terror Stamp, a 20-watt class A/B amplifier that can fit easily on most pedalboards. The hybrid amp uses a 12AX7 valve-based preamp to deliver those signature Orange tones, and features a fully-buffered FX loop, a cab sim/headphone output and an eight-/16-ohm speaker output.