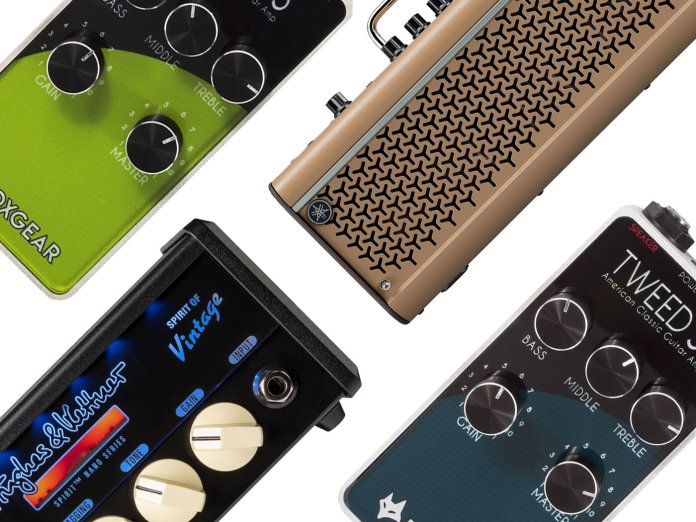 Every month, we compile a list of announcements, releases, and rumours from amp and speaker makers big and small.

While October 2020 was a rather sparse in new releases, it did bring us some exciting new developments from the world of amplification, including the launch of AmpliTube 5. Let’s take a look.

IK Multimedia announced the latest edition of its flagship amp and effects modelling software: AmpliTube 5. The major additions to the software 129 new gear models, a reworked cabinet section and a new mixer window.

The cabinet section has also been revamped; players can now point virtual microphones at virtual grille cloth in a 3D grid interface, thanks to a tech called “Volumetric Impulse Response”. IK Multimedia claims that the tech – which involved capturing 2,400 per cabinet model – offers player “true-to-life” cabinet sounds with “millimetric precision”.

Players can now finesse their guitar sound – by blending cabinet, microphone and DI signals – within AmpliTube 5 itself, thanks to a new built-in mixer window. Plus, a selection of 19 rack effects is on hand to give tracks more studio-esque polish.

Yamaha’s popular THR range of desktop amps turns its head towards acoustic players with the THR30IIA.

This wireless, stereo amplifier runs at 30 watts of solid-state power, and like other THR amplifiers, is designed more for the home- rather than the stage-use. Onboard, you’ll find three discrete microphone models: dynamic, tube and condenser. Meanwhile, built-in effects – which include compression, chorus, delay and reverb – give your acoustic tone added flavour.

There’s also a Yamaha D-PRE microphone preamp; a dedicated mode for nylon-string guitars; a baked-in wireless receiver that pairs with a Line 6 G10 Transmitter, and an in-built rechargeable battery

This trio of tiny amplifiers from Hughes & Kettner features the brand’s Spirit Tone Generator tech, which recreates tube response through unique analogue circuitry. These come in three flavours: Spirit of Metal, Spirit of Rock, Spirit of Vintage. What you might not expect from their diminutive stature: the amps deliver up to 50 watts at 4 ohms, or 25 watts at 8 ohms.

Continuing the thread of tiny amplification are the Tweed 55 and Plexi 55, two pedal-sized amplifiers from Foxgear.

The Tweed 55 offers a boatload of headroom for extreme clarity – making it ideal for accepting your pedals without much loss in dynamic range. The Plexi 55 on the other hand, delivers the sound of an amp on the edge of breakup; it’s easily pushed into high-gain territory with an overdrive in front.