Our favourite new electric and acoustic guitar announcements, releases and rumours of April 2020. 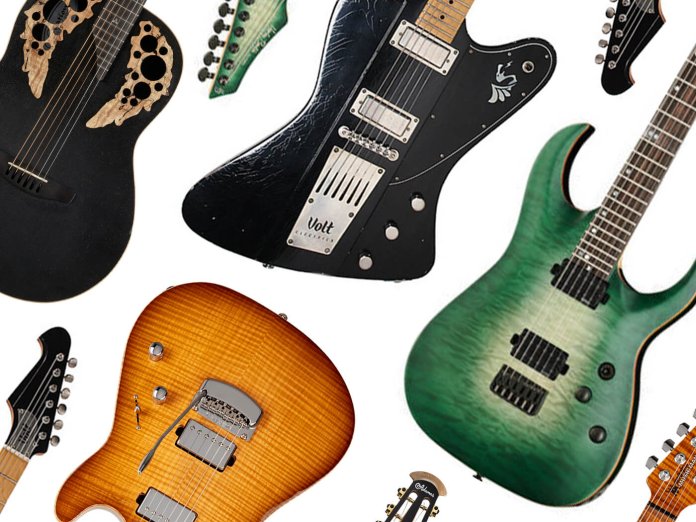 Fender introduced the Jazz Strat as the latest member of its Parallel Universe family. This funky hybrid combines the design ideas of the Stratocaster and the Jazzmaster. Onboard its Mystic Surf Green alder body, you’ll find classic Jazzmaster features here – from Jazzmaster single coils and vibrato tailpiece, to its medium C shape neck. One thing it does without is the Jazzmaster’s slightly confusing control scheme, instead opting for a three-way toggle switch with volume and tone knobs.

Volt Electrics released a refreshed version of their Reverse guitar, this time equipping the Telecaster-Firebird hybrid with Sheptone humbuckers in place of the mini-humbuckers found in previous versions. The company also offers more than a handful of customisable features, with options for a mahogany, alder or swamp ash body, light or medium aging, solid, metallic or burst finishes, and optional binding.

Harley Benton unveiled the Amarok-6 – part of its new Amarok lineup of metal-ready six-string, seven-string and baritone guitars. Though affordably priced, this guitar boasts some heavy handed features, including a five-piece maple-mahogany neck, a pair of active EMG pickups, and Grover locking tuners. Like others in the Amarok series, the Amarok-6 rocks some eye-catching finishes including Black Blue Flame Burst, and Emerald Green Natural Quilted Burst.

Dean showed off its NashVegas Select Floyd Metallic Red Sat, a T-style that, according to the company, boasts “a classic look but plenty of original attitude”. This guitar’s basswood body comes loaded with two zebra Dean-exclusive Seymour Duncan APH-1N and TB-5 humbuckers. As the name suggests, this model employs a Floyd Rose 1000-series tremolo – a low profile version of the Floyd Rose original. 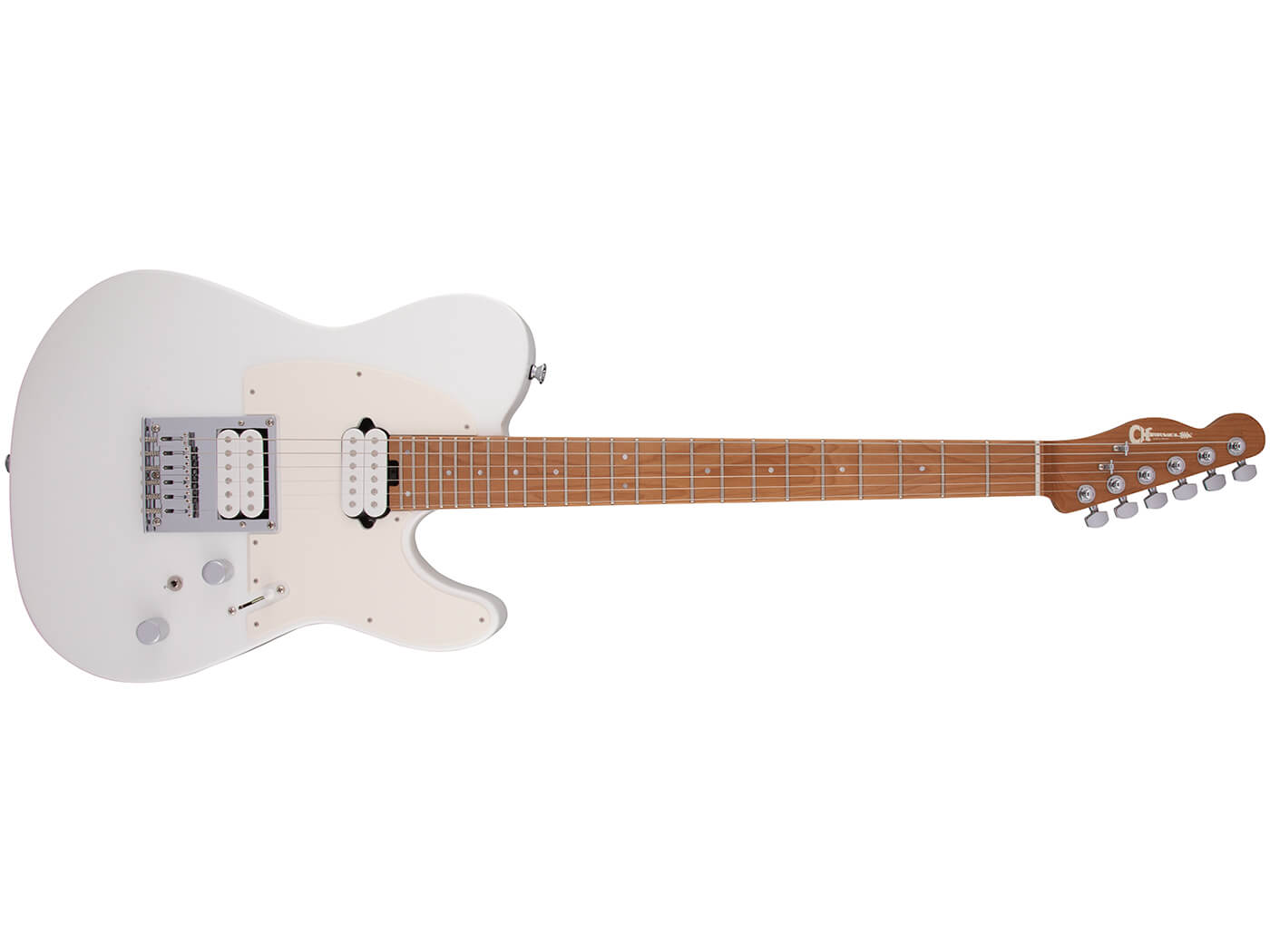 The Pro-Mod So-Cal Style 2 HH 24 is Charvel’s hot-rodded T-style. This guitar features a single-cut ashwood body that is fitted with a set of Fishman Fluence Open Core PRF-COC humbuckers – which lets you toggle between modern high-output tones, or a more refined PAF sound. The guitar affixes a bolt-on graphite-reinforced maple neck into a “shredder’s heel joint”, which gives easy access to its higher frets.

The Sabre is the latest premium guitar offering from Ernie Ball Music Man – which aims to deliver immense playability with refined style. The guitar pairs lightweight okoume wood with thick carved maple in its body construction, pairing it with a luxurious roasted figured maple neck. The Sabre features many of the brand’s quality in-house hardware and electronics, most notably a set of custom-wound humbuckers with alnico-5s in the bridge and ceramic-6s in the neck.

Ovation adds the Spalted Maple Electric/Acoustic to its collection of ‘modern-meets-traditional’ Adamas series. This guitar features a lyrachord body with a graphite top with carbon fiber construction. The model gets its name from the spalted maple epaulettes that adorn its signature ‘cluster’ sound holes configuration. To further bolster sustain and clarity, the company has included a pin-less Ovation Keyhole Bridge, which anchors the strings to a graphite plate inside the guitar’s body.

The Stadium HT is a T-style guitar from Godin, pairing modern electronics and hardware with a distinct vintage look. It features a lightweight Canadian Laurentian basswood body, and a hard rock maple neck with rosewood/maple fingerboard options. Godin has supplied the Stadium HT with two single coils – a Custom Godin Cajun in the bridge, and a Godin GGS-3 in the neck. With its ergonomic three-way pickup selector, switching pickups is also a breeze.

Danelectro celebrated their 60th anniversary with the launch of a special sparkly edition of their flagship guitar, dubbed the ’59M NOS+ Metalflake. The lightweight masonite guitar equips a set of two passive lipstick single-coils – that deliver wonderful tones for garage and surf purposes. Finish options include red, orange, silver and blue Metalflake.

Kirk Hammett officially joins Gibson: will get signature guitars from Gibson and Epiphone

Harmony launches a Bigsby version of the Silhouette