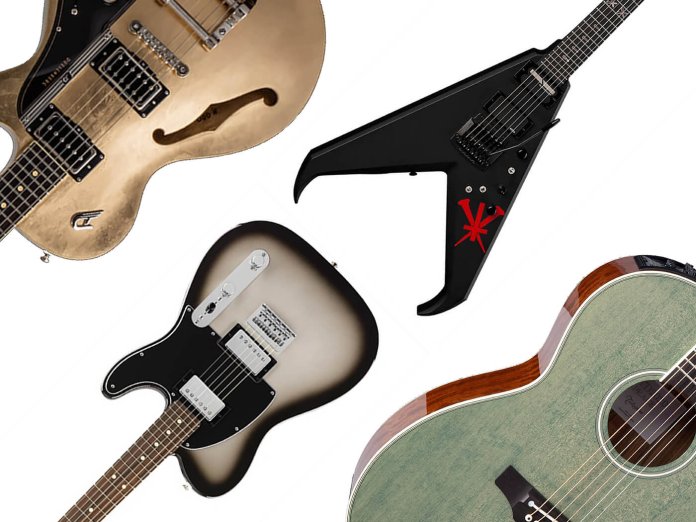 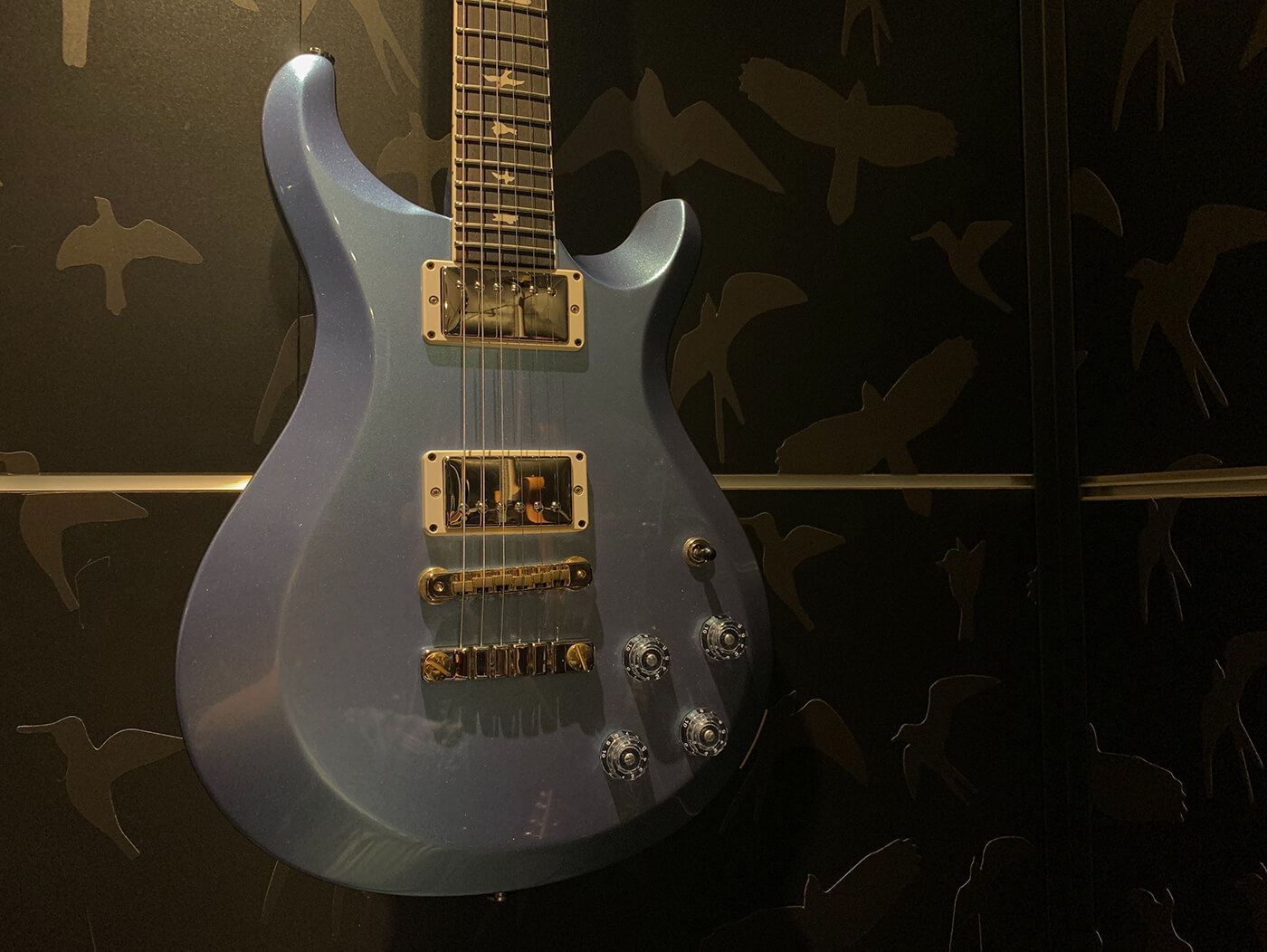 PRS’ affordable S2 series gets a new member in the form of the McCarty 594. Announced as part of the brand’s 2020 lineup, the S2 McCarty 594 (along with its Singlecut and Thinline siblings) feature vintage appointments as well as the typical level of quality and attention to detail PRS is known for. The guitar comes loaded with 58/15 ’S’ pickups which can be split for additional tonal options.

Macmull Guitars’ Hearbreaker Neo is a boutique T-style guitar that is available in three different pickup configurations: single-coils, P-90s and humbuckers. It features some upgrades over its predecessor, such as a new body route for clearer electronics response and improved wood vibration, a new filtering metal board for greater clarity and attack, and pickups that are directly mounted to the body.

Kerry King’s signature guitar with Dean Guitars is as limited-edition as it gets: only 50 pieces have been made. The USA Kerry King V comes with a neck-through mahogany body paired with a three-piece maple neck and a 24-fret ebony fingerboard. Electronics-wise, an EMG 81 in the bridge and a Sustainiac in the neck deliver the hard-hitting tones that Slayer fans will come to expect from a guitar of this provenance.

Duesenberg is celebrating its 25th anniversary with a special edition of their iconic Starplayer TV semi-hollow guitar. The 25th Anniversary Starplayer TV comes in two finishes: a gold-leaf finish and Metallic Silver. The former features a Duesenberg Domino P-90 in the neck and a GrandVintage humbucker in the ridge, while the latter comes loaded with a pair of the newly released Split-King Duo-Coil pickups.

One of the standout features of the Takamine LTD-2020 ‘Peace’ guitar is its fingerboard inlays, which take the form of various doves and olive branches. The solid Sitka spruce top comes in a semi-translucent Green Tea finish that highlights the grain of the spruce top. It also features Takamine’s Palathetic pickup coupled with their CT4-DX preamp which comes with integrated tone-shaping and tuning controls.

There’s no denying the appeal of a single-pickup guitar, and it seems that Rob Chapman would agree. Chapman Guitars’ ML2J takes the single-cut design of the ML2 and strips it down to a lone pickup with a single volume and tone control. The Thomann-exclusive guitar is available in two versions: the Modern and the Traditional, which determines the guitar’s finish, sound and tonal options.

Fans of Larry Carlton will appreciate Sire’s budget-friendly approach to creating an archtop guitar that the jazz legend himself feels comfortable endorsing. The Larry Carlton H7 features your expected hollow-body double-cutaway design, along with some gorgeous appointments like a flame maple top and bound ebony fingerboard. The dual humbuckers are voiced specifically to suit Carlton’s tonal preferences. 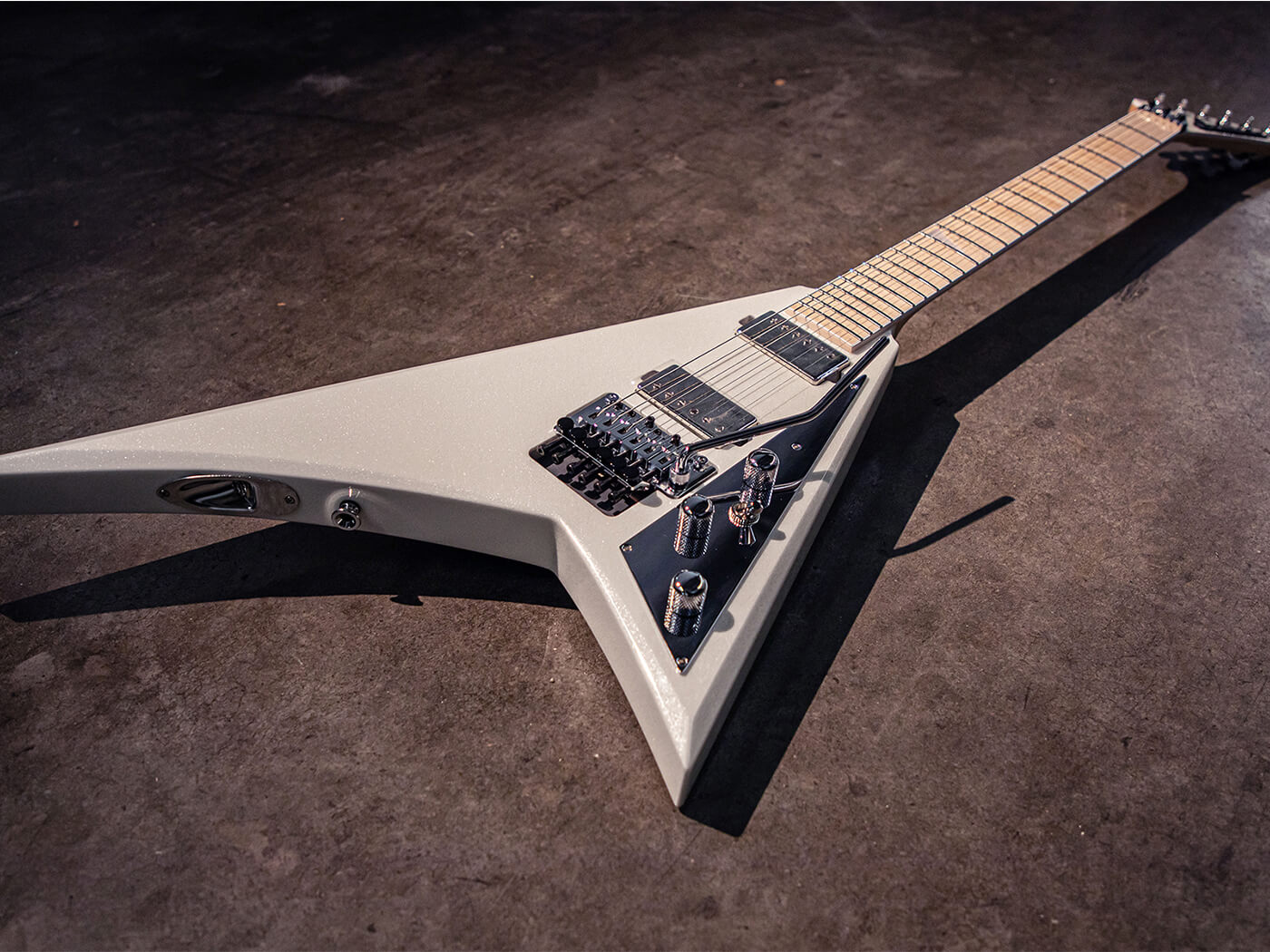 Jackson’s Custom Shop has released 12 new designs in celebration of the brand’s 40th anniversary, chief among which is the Custom Shop Randy Rhoads guitar. This iteration trades the late guitarist’s iconic polka dot guitar finish for a classy White Sparkle paired with chrome hardware and a chrome pickguard. Capping things off are Seymour Duncan SH1n and TB-6 pickups in the neck and bridge respectively, and a Floyd Rose Original tremolo bridge system well-suited to Rhoad’s dive-bombing runs.

Alice In Chains vocalist William DuVall’s signature Framus Talisman guitar will be made available as a D-Series model, in addition to the existing Custom Shop Masterbuilt and Teambuilt German Pro Series models. The guitar comes with two choices of dual-humbucker configurations: a Framus 100 with a Framus 400, or a Seymour Duncan SH-1n with an SH-4b in the neck and bridge, respectively. Other features include a black high-polish mahogany body, 22-fret mahogany neck with tigerstripe ebony fingerboard, Framus machine heads and Warwick S-Security locks.

Fender revives the Boxer series with a Stratocaster, Telecaster and Precision Bass