Our favourite new electric and acoustic guitar announcements, releases and rumours of June 2020. 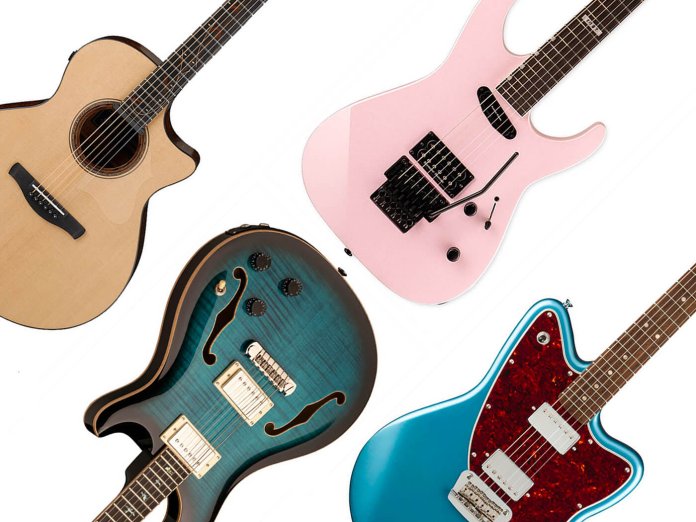 The Toronado, first introduced by Fender back in 1998 makes its return as part of Squier’s time travelling Paranormal Series. This guitar offers heavier sonic flavouring than some of the brand’s usual offset fare, armed with a pair of humbuckers that each has its own tone and volume controls. There’s also a comfortable C shape neck, and the hardtail bridge is string-through – meaning rock-solid tuning and no tremolo spring-ring when you’re at higher gain settings.

Introducing the first piezo-equipped model of PRS‘ SE Series. This electric guitar was designed to showcase its maple/mahogany hollowbody construction in a more naturally acoustic way. Apart from the piezo pickup, there are also two 58/15 “S” humbuckers – and since each pickup system has its own independent volume control, they can be easily blended together. 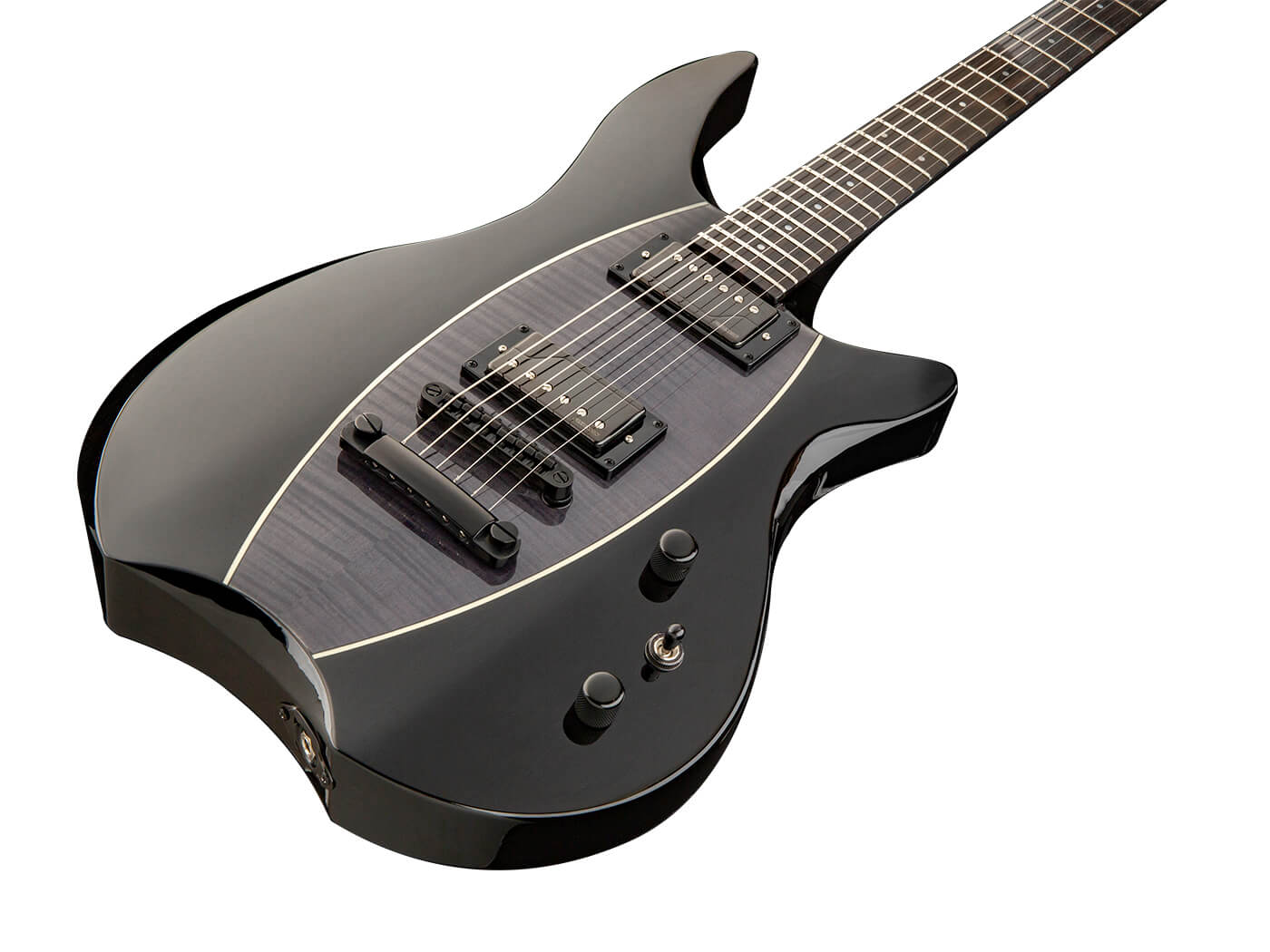 Framus announced the D-series edition of its Devin Townsend Stormbender, offering players a more sensibly priced version of the prog-rocker’s signature models. This instrument has a mahogany body, 4A flamed maple veneer top, set maple neck and a tigerstripe ebony fretboard. In the electronics department, there’s a set of Fishman Fluence Devin Townsend signature pickups, which can be split via the push-pull volume/tone knobs.

The latest model to join Harley Benton’s headless guitar range gets its name from a combination of an icy-cool blue finish and its roasted Canadian flame maple neck – which shows some subtle striping up its length. The Dullahan-FT Roasted Ice features an alder body loaded with two Roswell ‘HAF’ humbuckers, offering a slightly-hotter-than-vintage voicing. Plus, the guitar’s 5-way switch allows each humbucker to be split – allowing bright and spanky single coil tones to be easily summoned.

Born out of a partnership between Gibson and Tesla co-founder Frank Hannon, the Gibson Love Dove acoustic-electric was based on the very same 70s Gibson Dove used on the recordings of What You Give, Stir It Up and Love Song. This ornate acoustic’s construction puts together a Sitka spruce top with a maple back and sides – paired to a three-piece maple neck with a rosewood fingerboard. It’s also highly decorated, adorned with a ‘70s era Dove bridge with scalloped wings, mother-of-pearl wing inlays, a hand-engraved and painted Dove pickguard and a truss cover displaying the word ‘Love’, engraved in Hannon’s handwriting.

The LTD Mirage Deluxe ‘87 was designed especially to harken back to ESP’s 80s metal roots. This alder shred-machine sports an extra thin three-piece maple neck, and comes loaded with two Seymour Duncan pickups: a Hot Rail single coil in the neck for pulling off soaring leads, and a Distortion TB-6 humbucker in the bridge for palm muted chugging. Of course there’s also a Floyd Rose 1000 for hours of dive bombing fun.

This guitar’s eye-catching design comes courtesy of its sandblasted swamp ash top, which is sat upon a mahogany body. The Cort KX300 features comes loaded with EMG MG RetroActive Super 77 humbuckers, which offer a blend between the traditional PAF-style design and EMG’s signature active approach – meaning both vintage-inspired and modern-type tones are available.

Taylor’s AD17 came as part of its recently announced American Dream series, representing the brand’s most affordable US-made guitars to date. This premium acoustic is also the first Grand Pacific model to use ovangkol in its back and sides – a tonewood said to add to the guitar’s full-sounding midrange. Along with this, Taylor’s V-Class bracing finds its way onto all American Dream models, further improving on sustain, intonation and clarity. These guitars are also available either with or without electronics.

Slovenia based Mithans Guitars launched the Berlin Cobalt Blue, a high-end electric guitar model with an ash and 5A maple body construction. Its neck is also the same premium maple, matched with an African ebony fretboard and further reinforced with carbon fibre rods for increased stability. For electronics, the Berlin Cobalt Blue equip a set of hand wound Bare Knuckle humbuckers: a Boot Camp in the bridge and a PG Blues in the neck. Other notable appointments on the guitar include a Schaller Signum wraparound bridge and Schaller locking tuners.

The AE325 was conceived as part of Ibanez’s refreshed AE acoustic line. This acoustic-electric sports a body construction of African mahogany and pau ferro, a five-piece neck combining African mahogany and pau ferro and an ebony fingerboard. Its electronics are of in-house Ibanez design, consisting of an Ibanez AP11 Magnetic Pickup and T-bar undersaddle pickup, as well as an Ibanez Custom Electronics preamp system.

Krist Novoselic on 30th anniversary reissue of Nevermind: “What’s on it? I don’t want to spoil the surprise!”

Gamechanger Audio officially launches the Bigsby Pedal, which is exactly what it sounds like