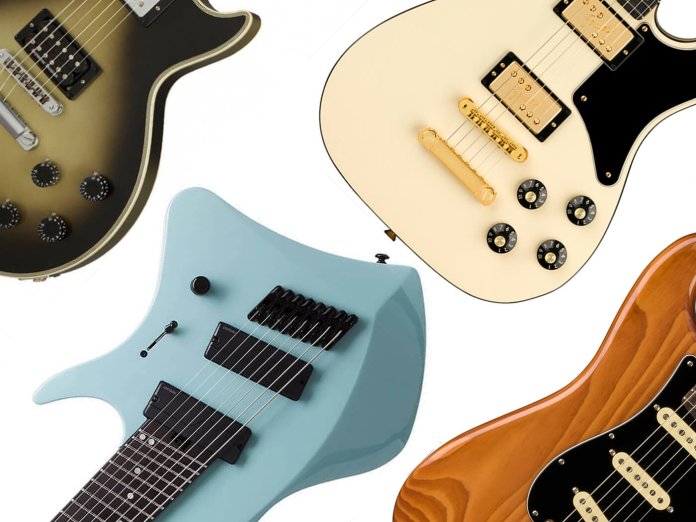 The Gibson Custom Shop teamed up with Adam Jones on this recreation of his 1979 Antique Silverburst Les Paul Custom, the guitarists’ steadfast six-string companion with Tool for many years.

This mahogany-bodied guitar features a three-piece maple top and a three-piece maple neck with a bound ebony fretboard. Finished in Antique Silverburst (and in nitro cellulose to boot) its sleek look is completed with chrome hardware and black speed knobs.

As for pickups, there’s an uncovered Custom-Wound Seymour Duncan DDJ in the bridge, as well as a reverse-mounted covered Custombucker in the neck. A neat inclusion that is sure to to fans of the band is a recreation of the mirror Jones had attached to the original’s headstock

The Adam Jones 1979 Les Paul was also released alongside a very impressive launch film, which was scored by Jones, with Danny Carey and Justin Chancellor on drums and bass.

Fender’s Troublemaker Telecaster Deluxe might draw some comparisons to a certain ‘custom’ instrument, however, it is an interesting take on the classic Telecaster that earns a place on our list.

This humbucker-equipped electric comes as part of its Parallel Universe series, and per Fender, is suited for more aggressive styles of play. It features a solid chunk of mahogany for its body, which accentuates mid-range growl and pairs this with a set of custom Double Tap humbuckers, which were said to offer a “rowdy-yet-refined” voice.

The guitar is finished in Olympic White, which is nicely contrasted against by its gold hardware.

The Epiphone ‘59 Les Paul Standard could be the most affordable way to get your hands on a ‘59-spec’d Les Paul. Part of the brand’s Inspired By Gibson series, this limited-edition guitar takes draws from the coveted vintage classic to offer a number of period-accurate features from 50s-era wiring to a hand-rolled rounded ‘C’ neck profile.

This Epiphone is also equipped with a pair of authentic Gibson USA BurstBuckers, which route to two pairs of volume and tone knobs with CTS pots and Mallory capacitors. As for hardware, there’s an Epiphone LockTone tailpiece and stop bar set, Epiphone Deluxe tuning machines and a commemorative metal medallion toggle switch plate on the back of the guitar.

Fender launched its American Professional II series this month, introducing updates to its standard series models, including the stalwart Stratocaster.

The APII Stratocaster is touted to “meet the demands of today’s working player” and makes some notable changes in the name of comfort and playability. The Deep C neck now fashions smooth rolled fingerboard edges, and a new sculpted neck heel offers easy access to upper frets.

The Stratocaster’s pickups have also been updated; now you’ll find a trio of V-Mod II single-coils, which were said to emphasise chime and warmth.

Harmony announced the Comet, a modern day reimagining of its coveted H-72 from the 1960s. The Comet joins Harmony’s Standard Series of electric guitars, and equips many of the proprietary features – from gold foil pickups and locking tuners – found in other models of the line. However, there are some fresh developments onboard unique to the model.

Particularly, if you’re shooting for retro, the Comet’s push-pull function – which engages an out-of-phase sound – will do the job nicely. Along with that, the guitar has a requisite vintage look, with a unique headstock design that harkens back to the original H-72. 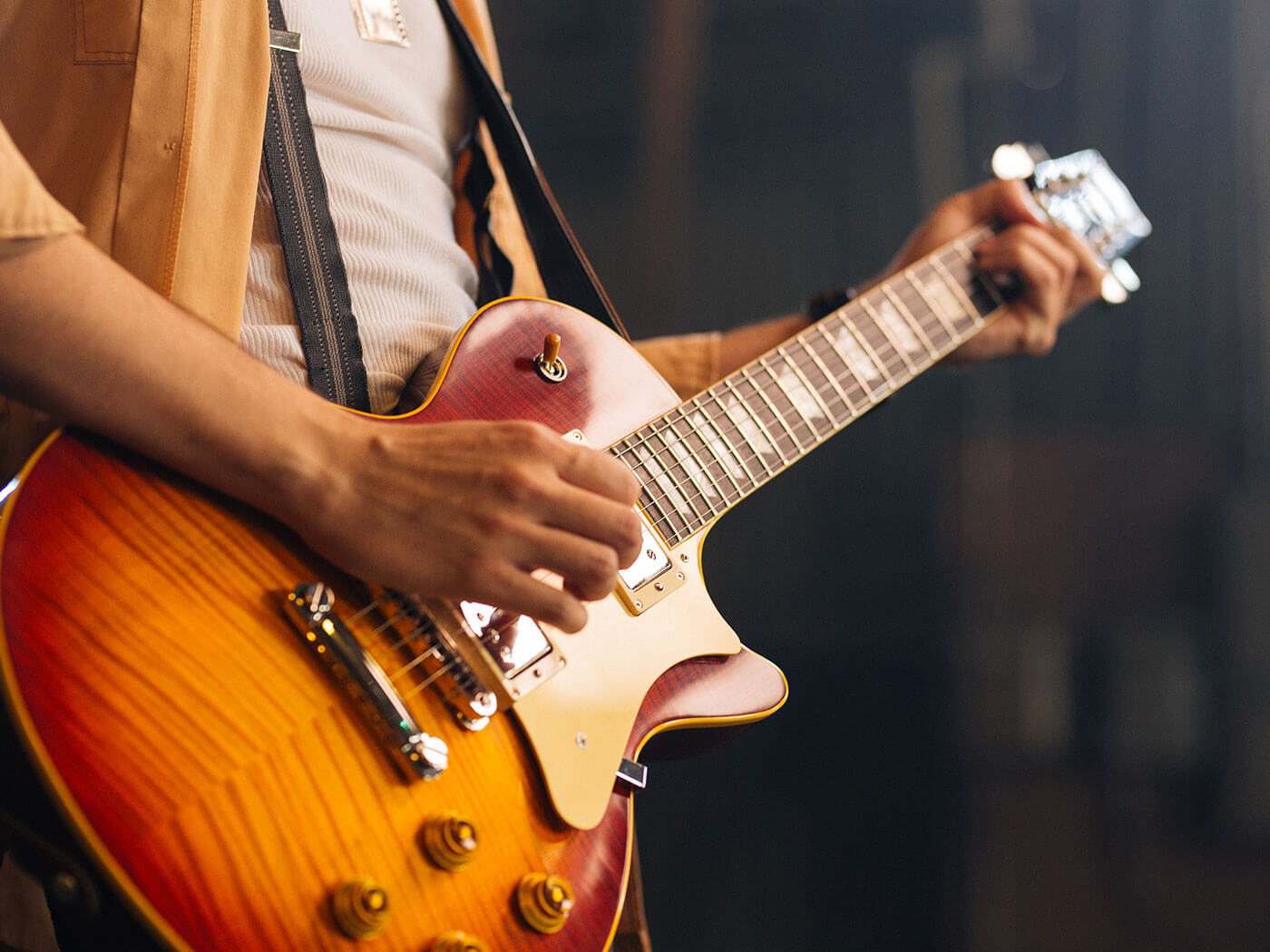 Heritage unveiled its Custom Core H-150 this month, a vintage-minded electric built at the historic 225 Parsons Street in Kalamazoo, Michigan. The guitar features a premium curly maple top, a comfortable carve, and a lightweight mahogany body. For a classic, ‘worn-in’ look, the guitar’s gloss nitro finish comes with the option of ageing.

Onboard are a duo of active Fishman Fluence Tosin Abasi humbuckers, which route to a simple push-pull volume control and five-way pickup selector. There are also in-house locking tuners, individual string bridge saddles and a dual-action truss rod with a spoke wheel for making adjustments without specialist tools.

Fender’s second take on the Troy Van Leeuwen Jazzmaster adds new features and a striking new finish to the signature offset. This Jazzmaster comes in a retro-automobile-inspired metallic Copper Age finish – showing off the Queens Of The Stone Age guitarist’s brighter sense of style.

A change which Jazzmaster players might notice, is that the sliding circuit selector switch has been replaced by a toggle switch on the top horn. However, it’s still every bit a Jazzmaster, offering you a rhythm and high-passed circuit, and bright punchy tones, thanks to a duo of Pure Vintage ’65 Jazzmaster Pickups

The Epiphone Coronet could be on the verge of a comeback, according to leaks that have surfaced online. The original instrument – first unveiled in 1959 – was released as an entry-level instrument and found its way into the hands of players from Jimi Hendrix to Johnny Marr.

According to a product listing on a US retail site, a new version of the Coronet will borrow from the “earliest Coronet models” and include features such as a “symmetrical double-cutaway mahogany body” and a “three-on-a-side reduced sized Kalamazoo headstock”.

As to when the instrument might see the light of release day, we’ll just have to wait and see.

It’s safe to say that Bonamassa is quite the vintage aficionado, and that’s reflected in this signature model. The guitar features a 50s-style neck profile and antique ivory binding throughout. Of course, the vintage-theme extends to the guitar’s voice itself.

One of the Black Beauty’s most iconic features is its three humbuckers, and this instrument stays true to this with a trio of Epiphone ProBuckers – voiced after the original Seth Lover-designed ‘PAF’ humbuckers.

Yola – Stand For Myself review: the work of an extraordinarily gifted vocal talent