Our favourite new electric guitar announcements, releases and rumours of the past month. 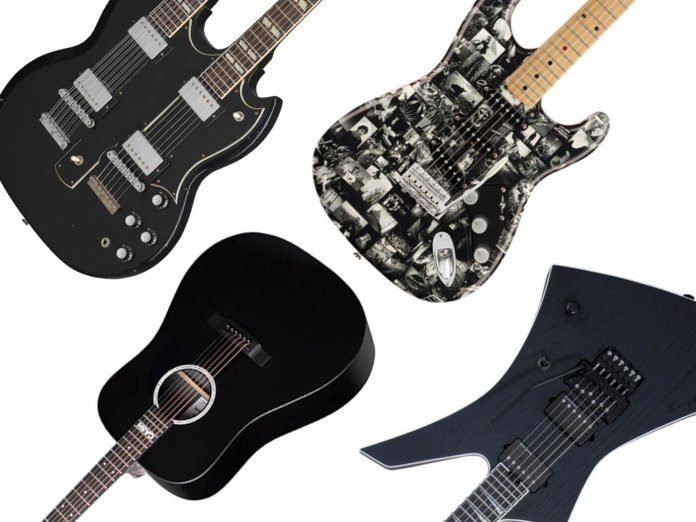 This all-black acoustic model is an update of the 2006 D-35 Johnny Cash. It’s based off the D-35 that the late singer requested of Martin in the early 70s. The new iteration features a dreadnought-shaped body built with jet-black HPL (high-pressure laminate) and star-shaped inlays.

This Shery Crow signature Gibson arrives on the heels of the country star’s 10th and final album, Threads. It’s a reissue of the 1962 original Gibson Country Western acoustic guitar. Highlights of the instrument include aesthetic features of Crow’s original guitar – such as the distinctive pickguard – as well as tone improvements. The latter refers to Gibson’s 1930s advanced bracing pattern.

Fender Custom Shop has teamed up with Leica and former Police guitarist Andy Summers on this limited-edition Strat. The collage that wraps around the guitar’s two-piece alder body features monochrome photographs made by Summers. Other highlights on the instrument include the iconic Leica ‘red dot’ inlay and Custom Shop ’60s Strat pickups.

Balaguer Guitars recently introduced the Hyperion T Standard to its line-up. Unlike previous offerings, the new axe features a more sculpted heel and pronounced cutaway for better ergonomics. It also has a reverse inline headstock that Balaguer says improves string tension. In terms of pickups, the guitar sports an Austral alnico IV single-coil and an Evergreen humbucker.

This visually striking axe is a collaboration between Duesenberg and German metal icon Sascha Paeth. On top of its beautiful artificial snakeskin top, the axe features appointments said to “support Paeth’s explosive playing style”. Some of these include a new CAC neck-body transition, a Kill Switch and a sub-volume control. 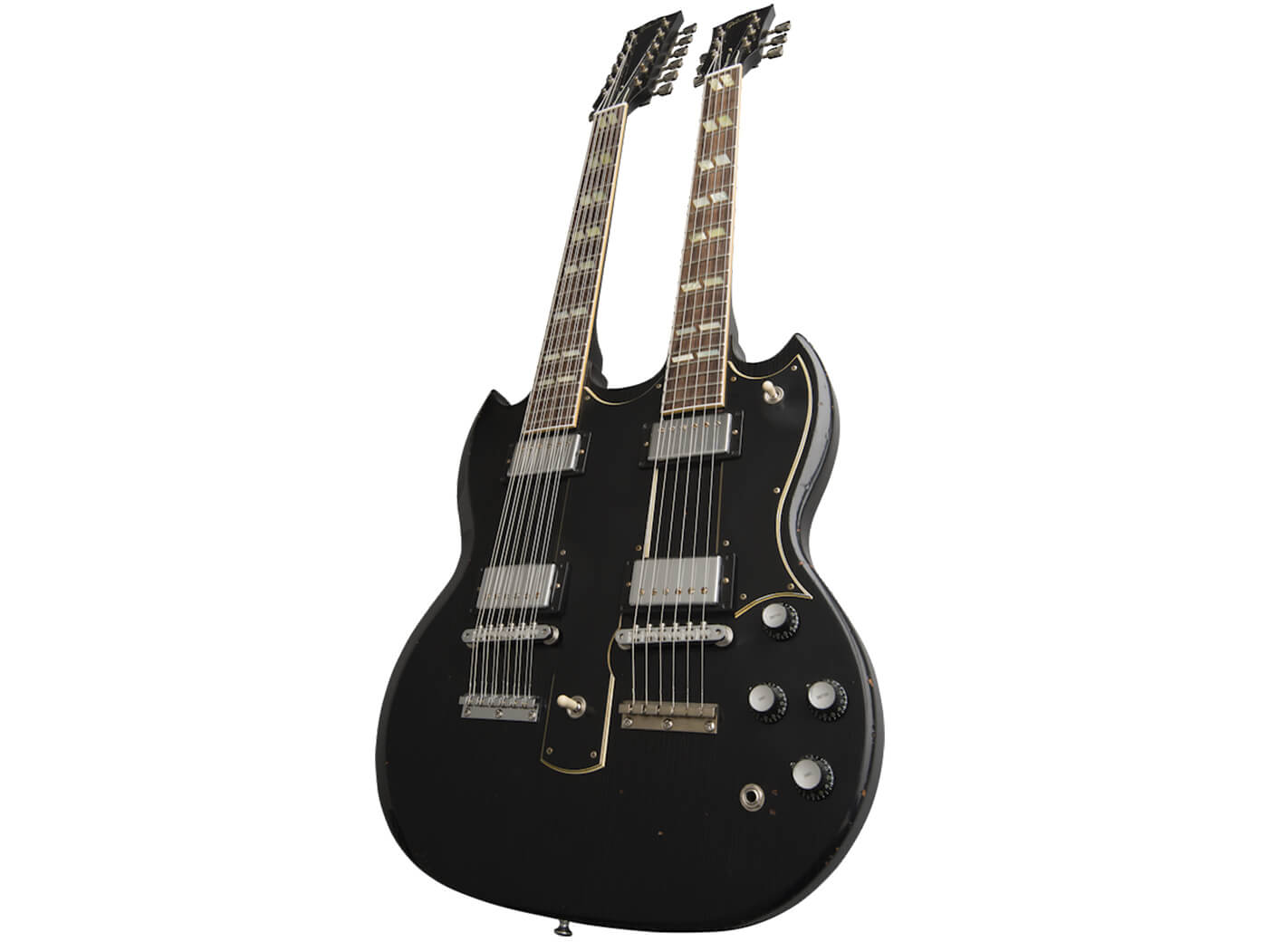 This formidable axe is touted as an exact replica of the dual-neck Slash bought back in 1990. Its tonewood features include a mahogany body with two mahogany necks and Indian rosewood fingerboards. For tone, the EDS-1275 has a pair of Custombucker Alnico IIIs for each neck. Only 125 pieces will be available, each hand-numbered and signed by Slash himself. 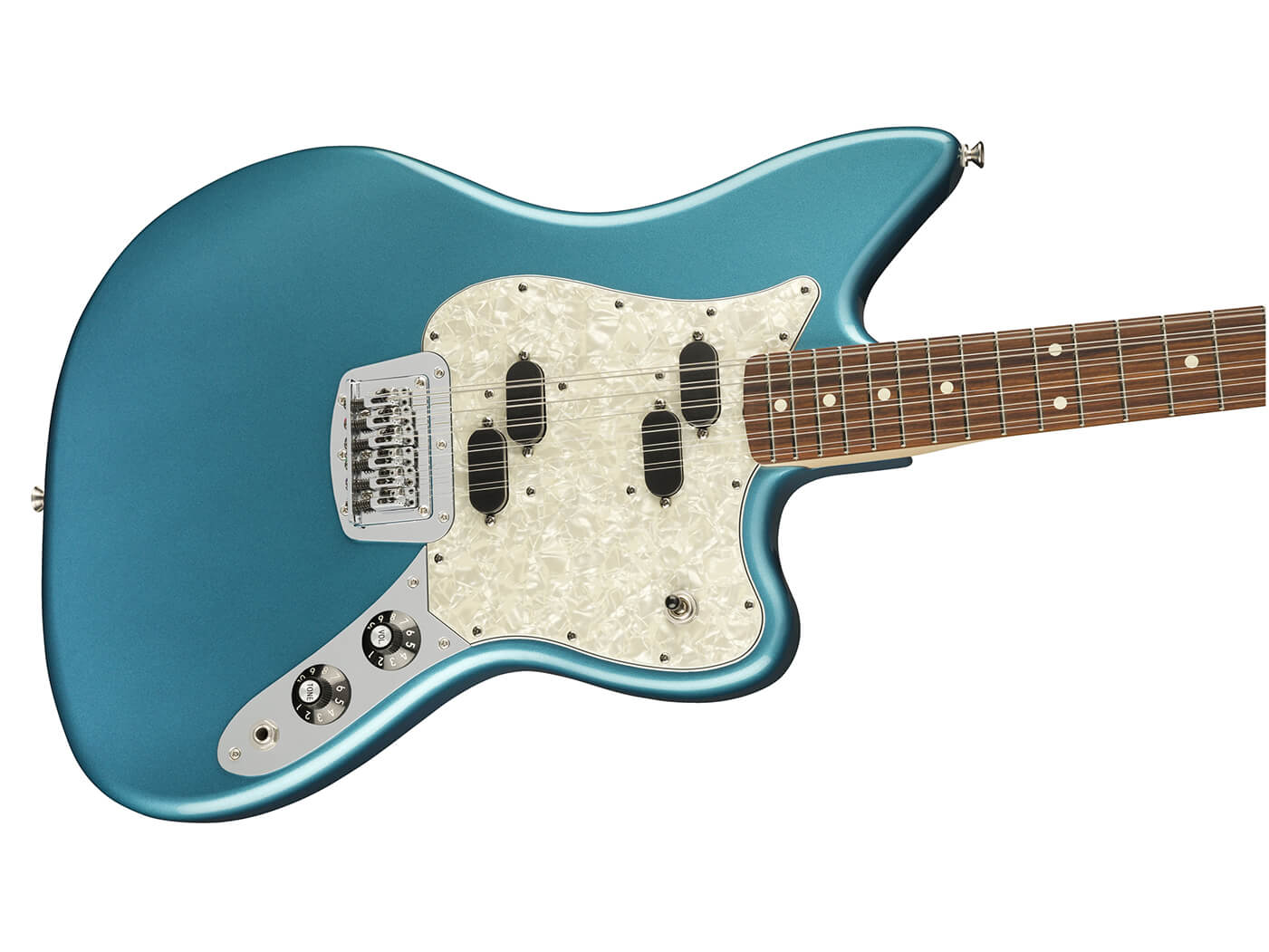 Joining Fender’s weirdly wonderful Alternate Reality range is this 12-string oddball. Based on the original 1965 Electric XII, this axe features a “hockey stick” headstock, offset body and a pair of split single-coils. The pups, voiced for “crisp, clear and balanced” tones, are governed by a three-position switch as well as master volume and tone controls.