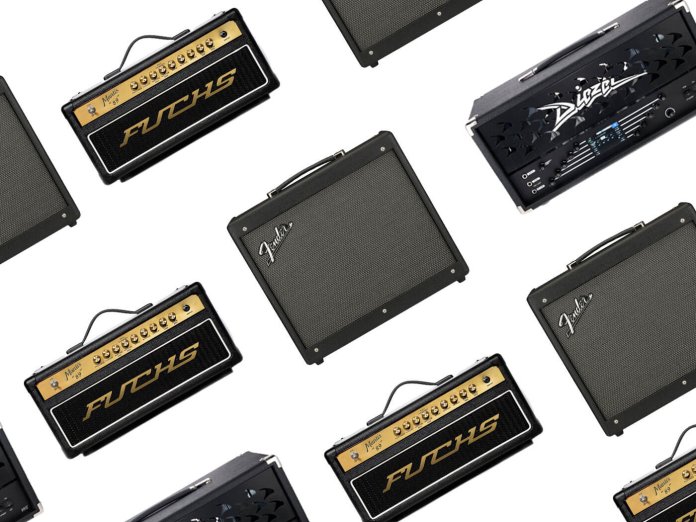 Fender’s new Mustang GTX50, GTX100 and LT50 are three amps designed to be companions to the Fender Tone app’s latest update, appropriately enough – version 3.0. They’re all designed to work seamlessly with the app for endless tone-tweaking.

Packing 50 watts of tube amplification, the GTX50 is a gig-ready amp that includes a Celestion G12-P80 speaker, stereo XLR output for interfacing with a PA, recording gear and outboard gear.

The 100-watt GTX100 is equipped with a Celestion FSD-100 speaker, and a 7-button footswitch for easier selection of presets and effects, as well as operation of the onboard looper.

The 50-watt Mustang LT50 is a little more practise-focused, coming loaded with a 12-inch Fender Special Design speaker, 60 presets and dozens of effects. Although its range of presets isn’t as exhaustive as its bigger siblings, the amp still boasts integration with Fender Tone 3.0 to greatly expand its functionality. There’s also a headphone out for silent playing at home.

Fuchs Audio Technology has launched the Mantis 89, a two-channel all-tube head voiced after classic Marshall amps. The ‘89’ refers to the two Marshall heads this amp follows in the footsteps of – the JCM 800 and the JCM 900.

Both the 20 and 50-watt versions sport the same controls. Controlling both channels is a 3-band EQ, master presence and master gain boost. There’s also separate gain and master volume controls for each of the two channels.

The Mantis 89 comes in a classic finish, just as evocative of its partial namesake as its tone. It’s also compatible with 4, 8 and 16-ohm cabinets.

Synergy’s latest preamp module is based on the classic Engl Powerball, bringing the same high-gain sound up to date with a more modern direct-recording, lower-stage-volume, and compact approach. It offers the same channel structure as the original, with each of the two channels switchable between low-gain overdrive and high-gain distortion.

Each also has a three-stage mid-boost toggle switch, and its own gain, volume, bass, mid and treble controls. The module is all-tube-powered, loaded with 2 12AX7 preamp tubes. Like most Synergy modules, a three-position cathode select switch allows you to configure the input tube bias setting for fine control over the unit’s input gain and bass response.

Lists for $399. Find out more at synergyamps.com.

Diezel’s VHX continues the brand’s trend of combining the worlds of analogue and digital, meaning an all-tube amplifier with greatly expanded connectivity.

On the analogue side of things there’s a five-12AX7 preamp section and a 100-watt four-KT77 power-amp section. These are controlled by knobs for gain, master, 3-band-EQ, deep, presence, and mid-cut. Things get digital over at the I/O section, with its standard speaker outputs are complemented by a whopping four effects loops (one for each channel), a USB connection, and an XLR-out. There’s also Bluetooth connectivity, and MIDI in and MIDI through.

The rest of the controls allow for management of the built-in compressor, reverb, phaser, flanger, delay, pitch shifter, tremolo, wah, gate and finally a graphic EQ.

This floorboard multi-effects unit has the potential to replace an entire rig – Zoom (not that Zoom) has long been the multi-effects stalwart, and the G11 is its most advanced unit yet. Packing an impressive processing-power punch, as well as a full-colour touchscreen serving as the unit’s main interface.

On the amplifier front, the unit comes with a selection of 48 amplifier and cabinet models – some of which were custom designed by Zoom. 70 onboard Impulse Responses (IR) – which simulate ‘external’ amp recording considerations like cabinets, microphones and room tones – are also included. Additionally, the G11 lets you add up to 130 of your own impulse responses. The dedicated physical controls for the G11 include an amplifier section, featuring a series of knobs for gain, presence, master volume and a 3-band EQ.

The amps on board can be paired with up to nine effects at a time, with five physical ‘stomp box’ sections, each with four control knobs for adjusting various parameters. Additional features on with the G11 include onboard looper and rhythm sections, an expression pedal, and a USB input – which lets you expand on the device’s functionality with firmware updates and patch downloads, as well as the ability to run the G11 as an audio interface.