What's the best way to get some tone from your phone?

Perhaps you read our guide on DAWs, and were intrigued by the idea of software amp sims. Yes, digital modelling and software amplifiers continue to grow more and more sophisticated each year, and while it’s unlikely they’ll convince every guitarist on the planet, they definitely score ease of use and reliability points over valve amplifiers.

But what if you want a set of virtual amps that you can take with you, all the time? While the new $50,000 Mac Pro does come with wheels, it’s perhaps a bit easier to just load up a mobile device with a tone app and bring that to the park instead. Let’s take a look at the pros and cons of the current virtual amps and effects available for your smartphone or tablet in 2020.

Before jumping into the list, though, be sure to consider your phone’s operating system, and how it will impact latency. In line with Apple’s target-market of creative types, iOS has pretty stellar audio processing. An iPhone or iPad can work with low enough latency for effectively instantaneous response – below 10ms, you’ll barely notice it. Android, however… not so much.

Due to how Android processes audio, major brands have steered clear of the platform when developing their software amps, so Android users do have fewer options. Samsung Professional Audio, included in some Galaxy phones, allows for much lower latency when using various interfaces and DAWs – but this is limited to the highest-end Samsung phones. So unfortunately, if you’re using an old android with a slower processor, there’s a possibility of noticeable latency as you play.

The second thing to consider before we launch into the list is an interface. For portability, your best bet is something IK Multimedia’s iRig connector, a simple dongle with a USB connector on one end and a jack socket on the other. Other guitar-centric interfaces include the TC Helicon Go Guitar Pro and the Behringer Guitar Link. With something like an iPad it’s possible to run full-size interfaces on the go – but this won’t work with every app or device, and is less portable than the simpler guitar interfaces, most of which clip onto a mic stand or pocket.

Designed to work with the iRig interface, Amplitube iOS was one of the first amp and effects modelling apps for smartphones. IK Multimedia’s Amplitube is now in version four. The app has an extensive library of amps, effects, cabinets and microphones on offer, all simulated in a virtual signal chain. The latest update also comes with ‘live mode,’ a display which gives you the most information about what’s going on with your virtual rig, and gives you instant switching of your effects.

As well as the house IK amps, there’s also signature packs on offer – modelling the gear of brands such Fender, Orange and Wampler and the rigs of Joe Satrianan, Brain May, and Jimi Hendrix.

Given the sophistication of the modelling on display, there are few downsides to Amplitube iOS, other than the ones inherent to any app-based rig. For example, if you want to switch effects live – without taking your hands off your guitar – you’ll need the iRig Stomp I/O, which means you mobile rig becomes a fair amount less portable.

Deplike is a more streamlined approach to the virtual rig. Compatible with both iOS and Android, it boasts an impressive collection of amps and pedals, arrangeable in a simple rig format. Its Android capabilities are impressive as well, with integrated latency mitigation doing its best to combat the issues that can arise with the OS.

Presets are shareable as well, and the simple effects chain might prove a little easier to edit than something that’s integrated into a larger DAW. Unlike Amplitube or GarageBand however, there’s no mic simulation – so it might be a better tool for practising rather than creating ready-to-record tones.

Price: Free, with premium subscription for the full range of amps and effects. Operating system: iOS and Android. Find out more here.

Tonebridge is offered by Ultimate Guitar. The focus here is on recreating the tones of classic songs, rather than building a rig from scratch. Songs are offered in the form of pedals adorned with album art, instantly achieving something close to the guitar tone heard on the record.

The app also integrates with the main Ultimate Guitar app – all of the songs/tones on offer also have tabs available, so you can set your tone to the same as the song you’re learning. Tones are found by either looking in pre-curated collections, or just searching the app’s database of songs.

This ease of use means the level of editing you can do is quite shallow – each pedal represents a full rig, and there’s only two parameters you can control: the amount of effect, and the volume. If you’re looking to tweak, and build presets from the ground up, Tonebridge is perhaps a little underpowered. But if you’re just looking to get a great tone to jam with, Tonebridge delivers the pre-packaged goods.

Positive Grid is a heavy hitter in the world of software amplification, and not without reason. It’s Bias FX is one of the more extensive software packages out there for guitar signal processing. This ‘Universal’ version is built to work on anything, including iPhones and iPads. While the simulated amps and effects are similar fare to things like Deplike and Amplitube, you can really get stuck in to your signal-chain editing here. The Mixer unit in particular lets you blend parallel signal paths, for either a new character to a mono guitar sound, or for wide stereo tones.

Built to integrate with TC Helicon’s Go Guitar line of interfaces, this app also takes a very similar tack to IK’s Amplitube. It comes with cabinet and microphone simulation, and ground-up rig editing with room for virtual rack effects, amps and stompboxes.

Shareable presets will also let you get things off the ground quicker, and the deep level of editing on offer means you can learn the ropes quickly as you backwards-engineer someone else’s virtual rig.

iOS exclusivity could perhaps be a dealbreaker, however, and there is less support for external peripherals outside of an audio interface. 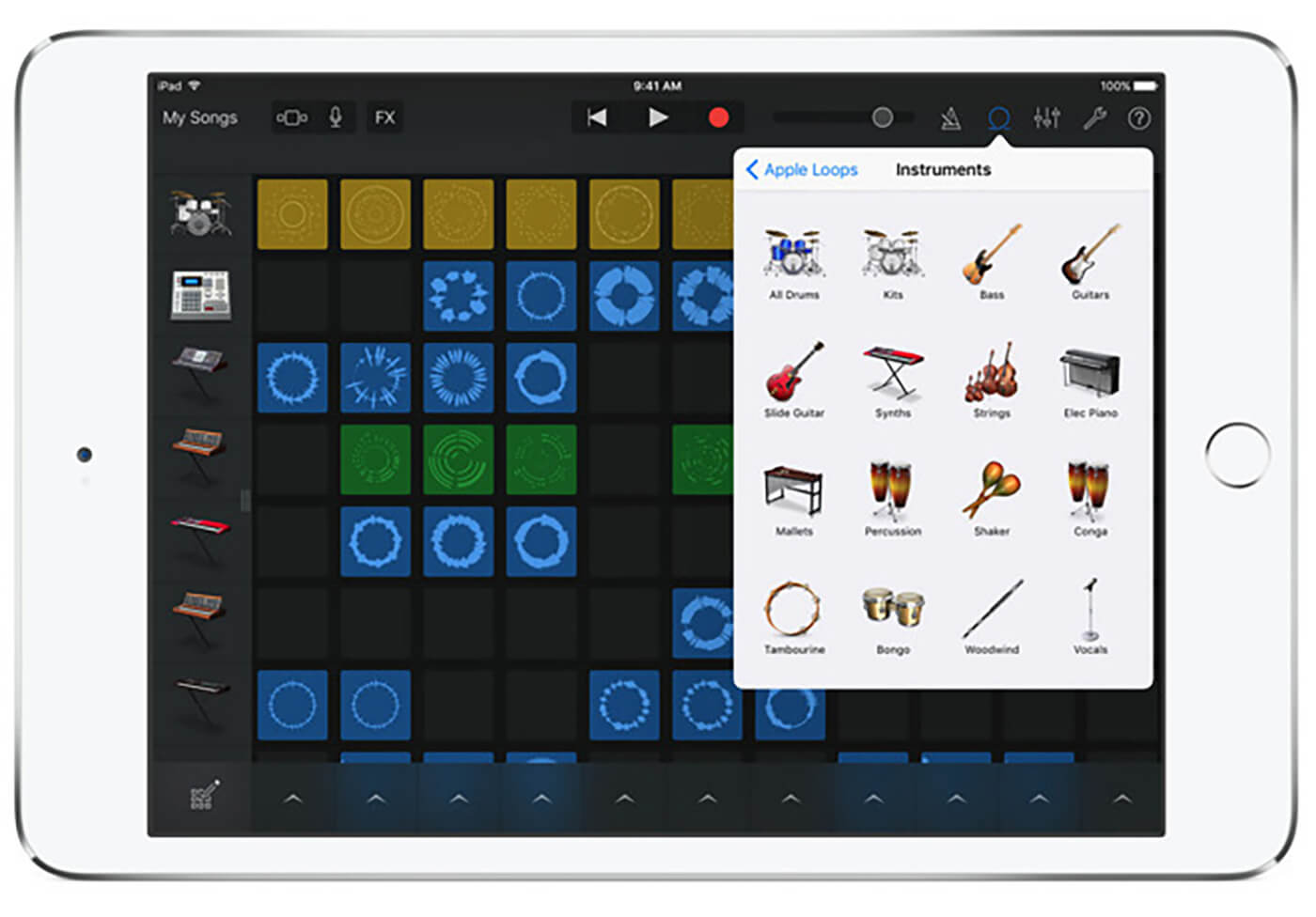 Given its price (none) and ubiquity amongst iPad-using musicians, Garageband’s amps and effects are a steal. They’re also the same as the ones included in Logic Pro X, offering DAW-levels of control, appropriately enough. And, as it’s a fully-fledged piece of recording software, you’re not just limited to simulations of Stompboxes, if you want get a bit more creative with some non-guitar-focused effects.