Everyone loves the sound of a proper vintage delay, but which stompboxes are people snapping up the most? 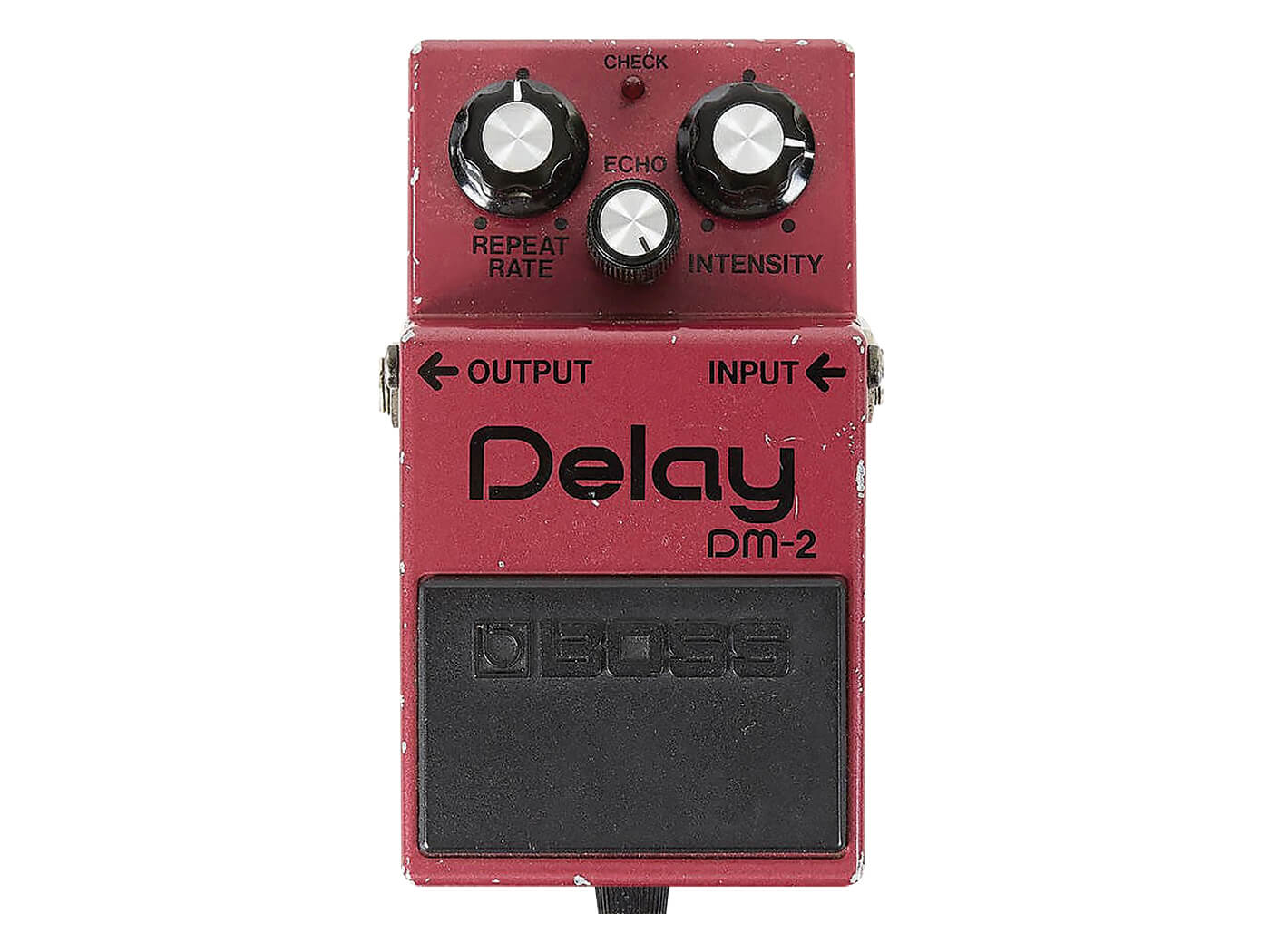 Every month we look at the global sales data from the Reverb.com marketplace and pick out the stompboxes that guitar players across the world are desperate to get their hands on. This time around we’re checking out the best-selling vintage delay units. As with our vintage drive pedal round-up a few months ago, we’re defining ‘vintage’ as any pedal made before 1990.

As you can see at first glance, Boss is the dominant player in this pool with stompboxes from the ubiquitous brand claiming four of the top 10 spots. The sheer breadth of choice can be overwhelming, but no matter what your sonic goals — from subtle slapback to cascading proggy spaciness — these veteran units all offer something that’s unique and intriguing, and often overlooked.

Sure, there’s an almost limitless suply of modern variations on the delay/echo theme, but revisiting the source with an original unit can be a seriously inspiring experience. And vintage pedals are usually a great deal cheaper than vintage guitars!

Two of the entries included here are proper tape echo units, as opposed to stompboxes. That might be bending the usual rules somewhat, but given their ongoing popularity, we think they warrant inclusion here regardless. Sometimes the vibe and organic musicality of these old boxes makes the occasional repair worthwhile.

Seen something you need to add to your board? Head to Reverb.com to search for a great deal.

The first delay pedal offered in Boss’ iconic compact pedal enclosure, the DM-2 (pictured above) is a stone-cold classic in pedalhead circles. During its original three-year run, Boss tweaked the design slightly and there are now considered to be three different versions, though all are widely celebrated for their rich analogue tone. Today, Boss offers the DM-2W reissue model as part of its acclaimed Waza Craft series. 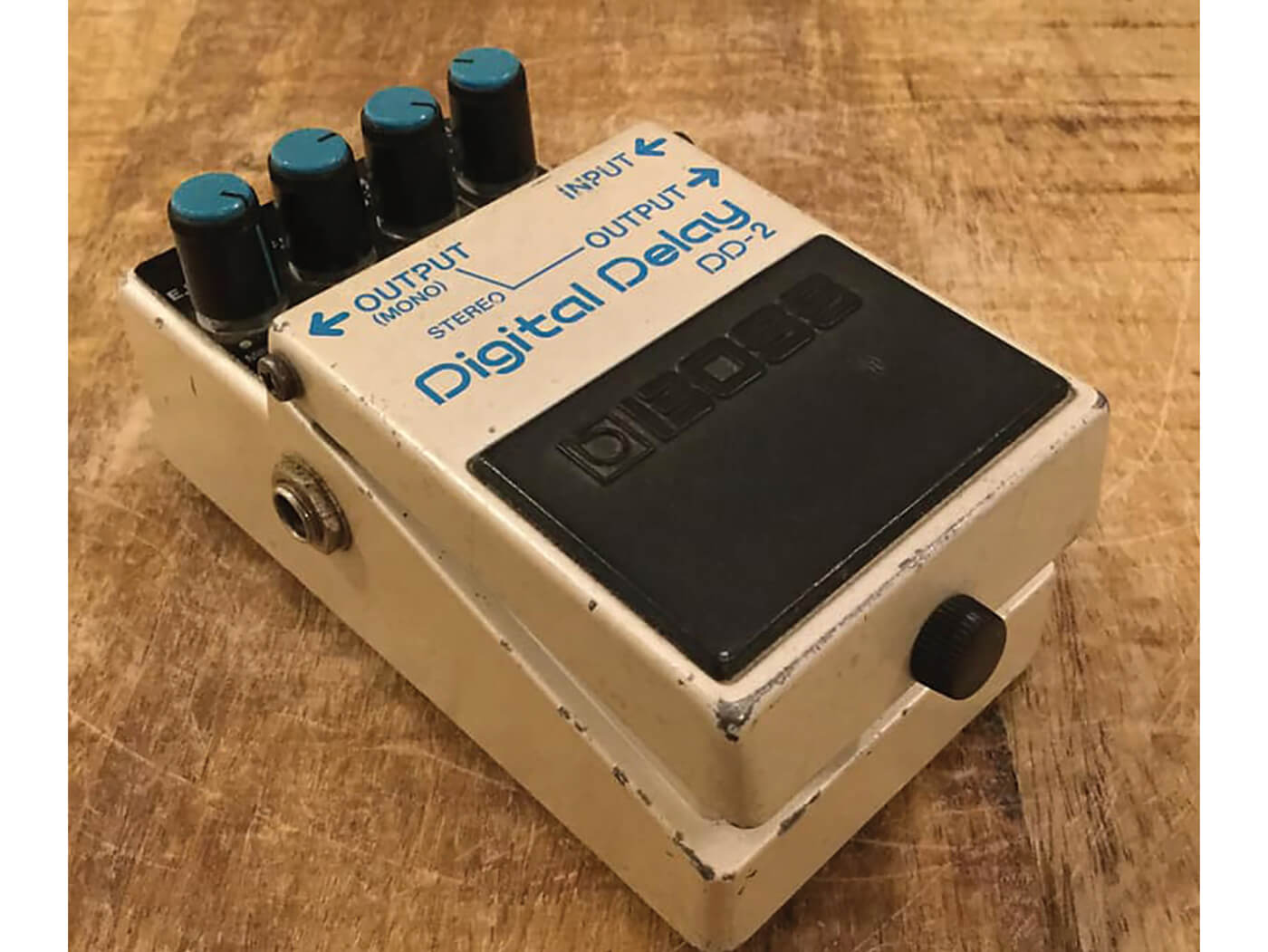 What the DM-2 did for compact analogue delays, the Boss DD-2 did for the digital side. In fact, the DD-2 was the first digital delay pedal ever produced when it was released in 1983 and set a template that is still being iterated upon with the DD series today. It was replaced later in the decade by the DD-3, though many claim that the DD-2 has a more organic tone compared to its heirs. 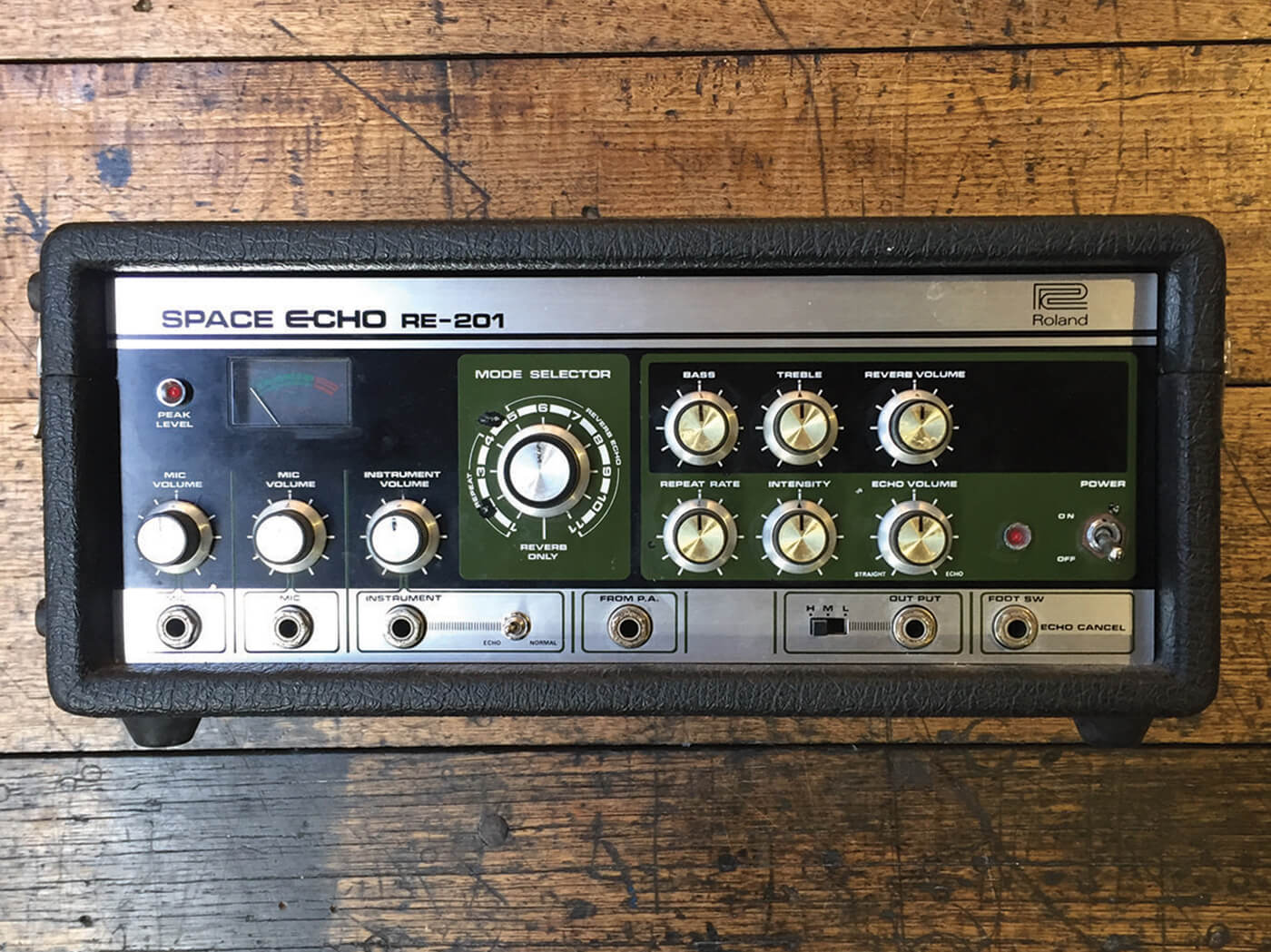 The most popular tape delay on Reverb, the Roland RE-201 is up with there with the Binson Echorec and Maestro Echoplex in the pantheon of classic tape delays. The Space Echo’s list of adherents is long, but for many modern guitarists, it’s Radiohead’s Jonny Greenwood who is most closely associated with this model. For those who don’t want to contend with the fragility of tape, Boss offers RE-20 Space Echo, which replicates this machine in a digital pedal format. 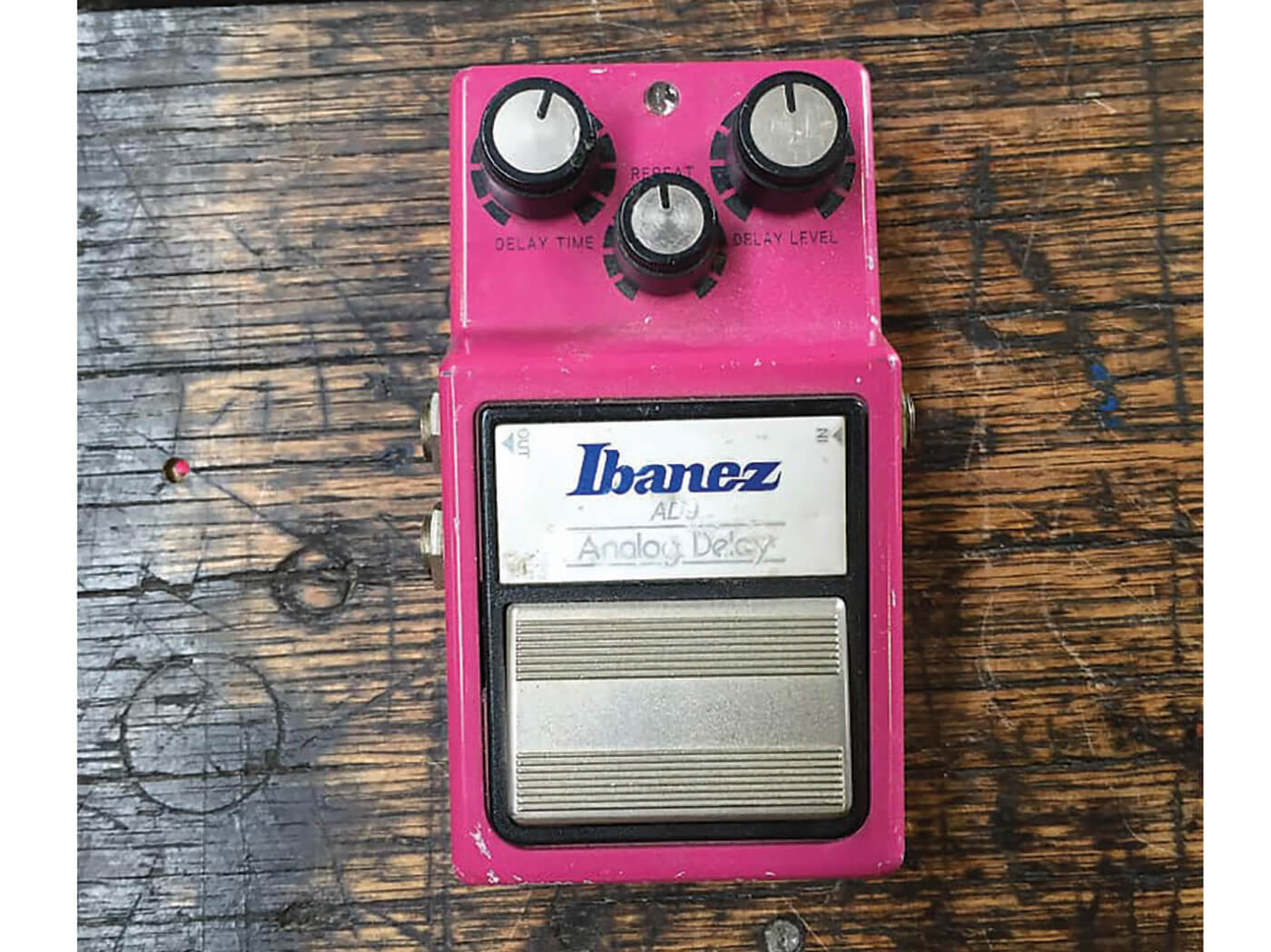 The AD-9 is essentially the Ibanez equivalent of the Boss DM-2, right down to the pink/purple box. It follows the same three-knob layout as the DM-2, but has a reputation for more organic-sounding repeats. The AD-9 is part of Ibanez’s legendary ‘9’ series of pedals, which also includes the venerable TS-9 Tube Screamer and CS-9 chorus. 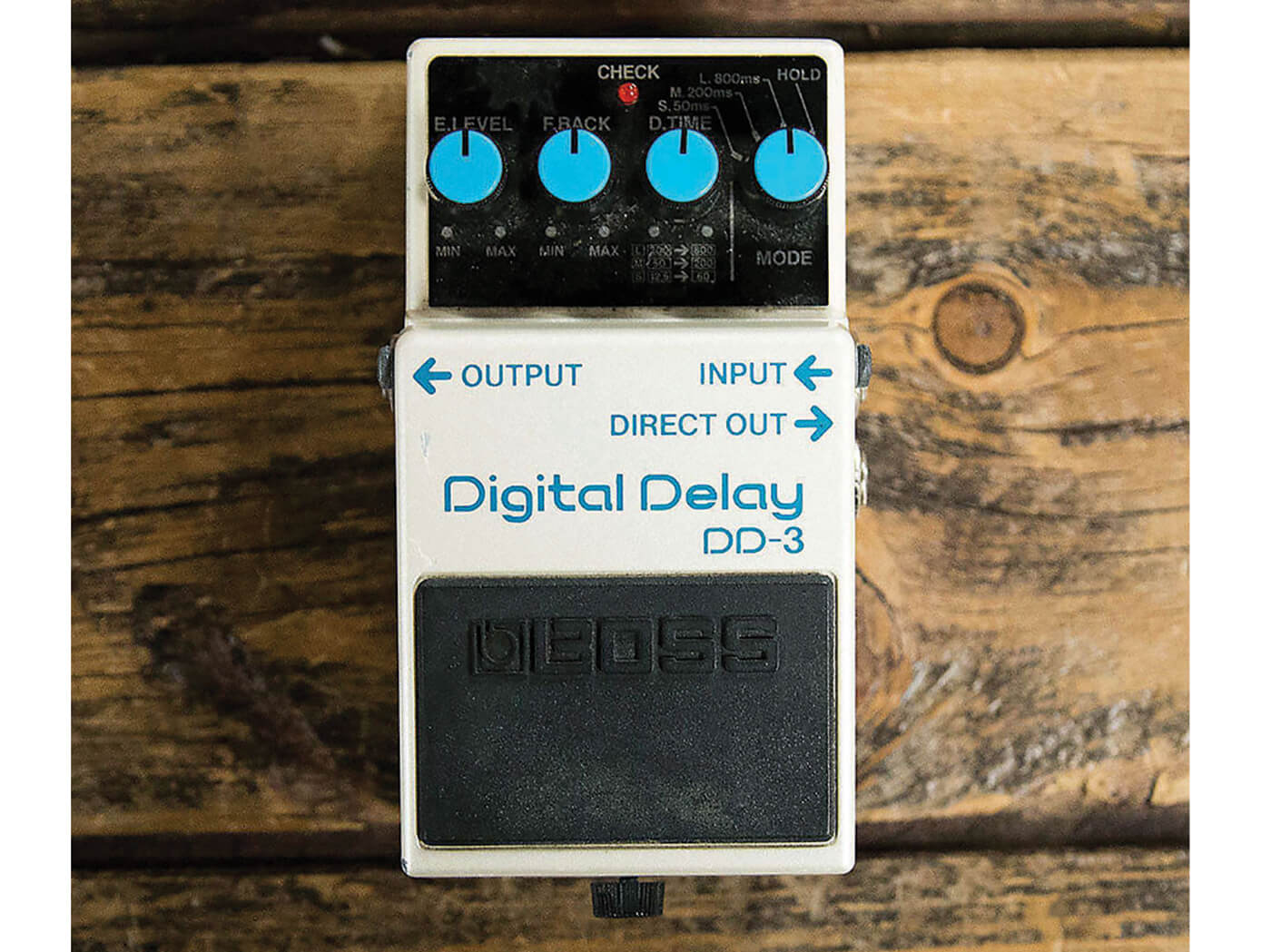 The DD-3 replaced the DD-2 as Boss’s primary digital delay pedal and in its early run was essentially the same design. This pedal is still in production today, though Boss has revised the circuit a few times during its run. It’s the original, Made-in- Japan DD-3s that are most sought after by Boss aficionados, however. 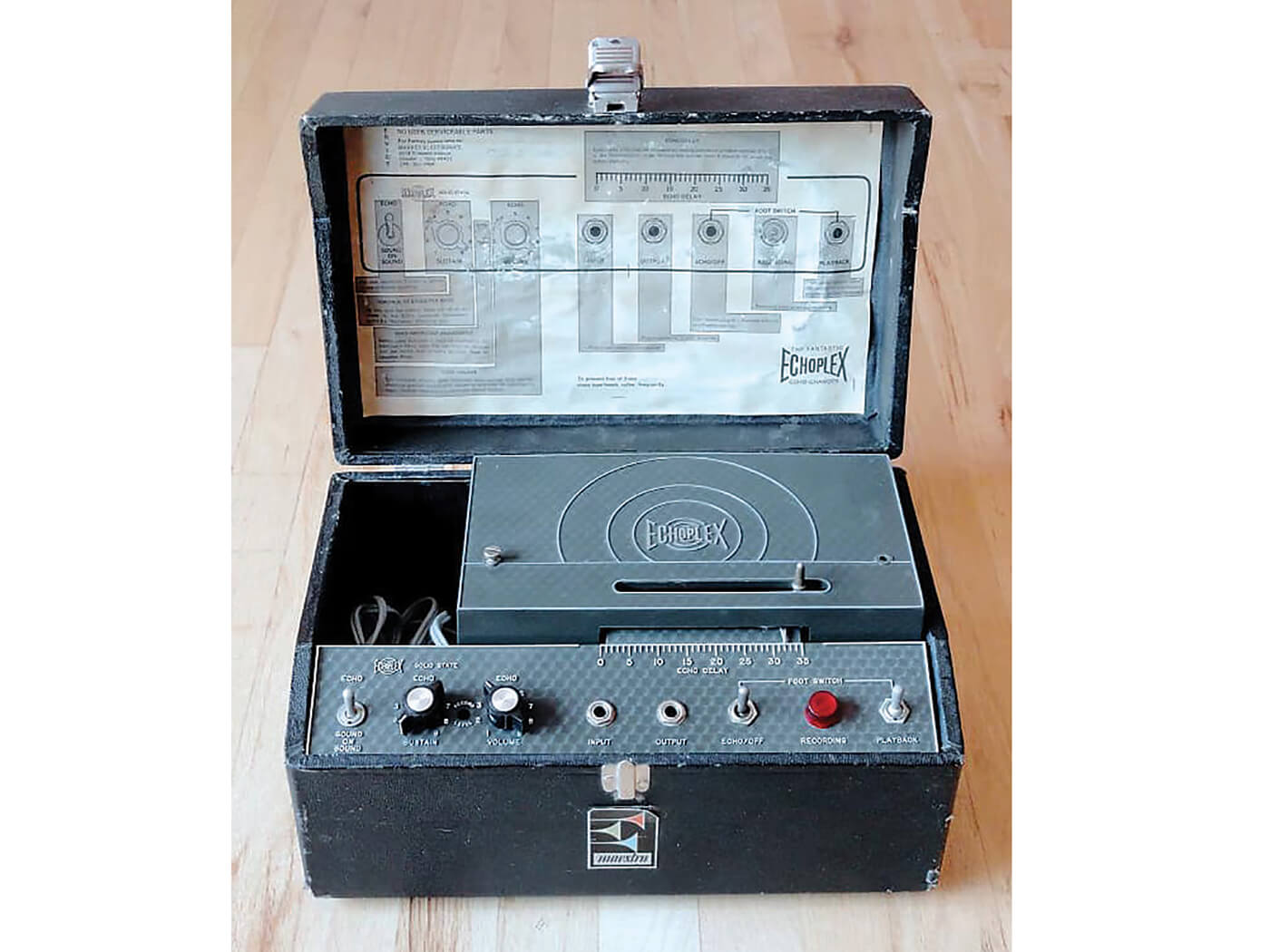 Designed by hugely influential engineer Mike Battle, the EP-3 was the first solid-state entry in the Echoplex tape delay series. Apart from the enchanting tones of its tape-based delay mechanism, the EP-3 is also acclaimed for its preamp section which serves as the basis of the massively popular EP Booster preamp pedal currently made by Xotic. 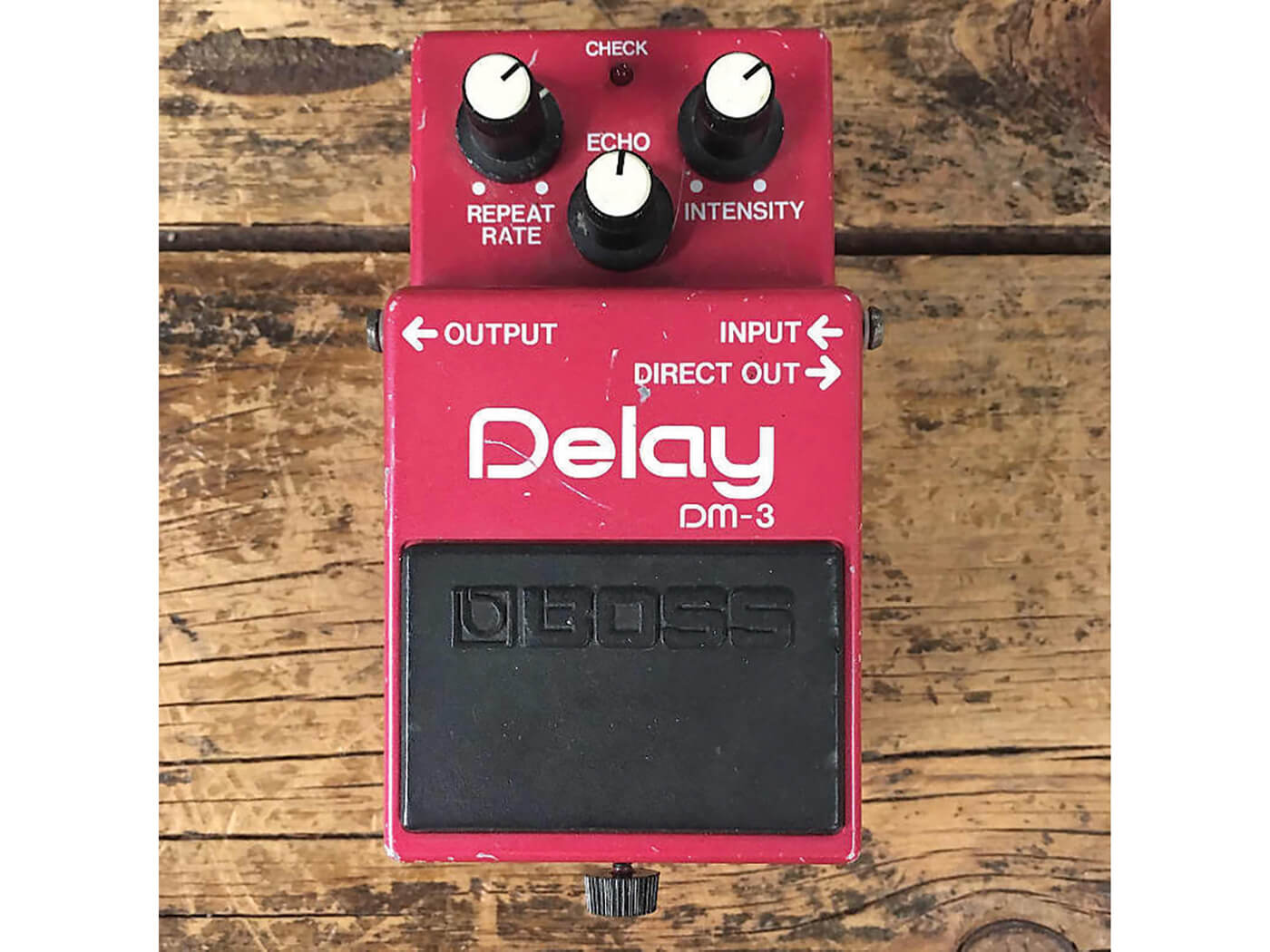 The Boss DM-3 iterated on the DM-2 delay design with a few internal tweaks but an overall similar setup and circuit. While a bit cheaper than the DM-2 on the used market, there are plenty of players who give the tone of the DM-3 higher marks, with many citing the somewhat cleaner nature of its repeats. 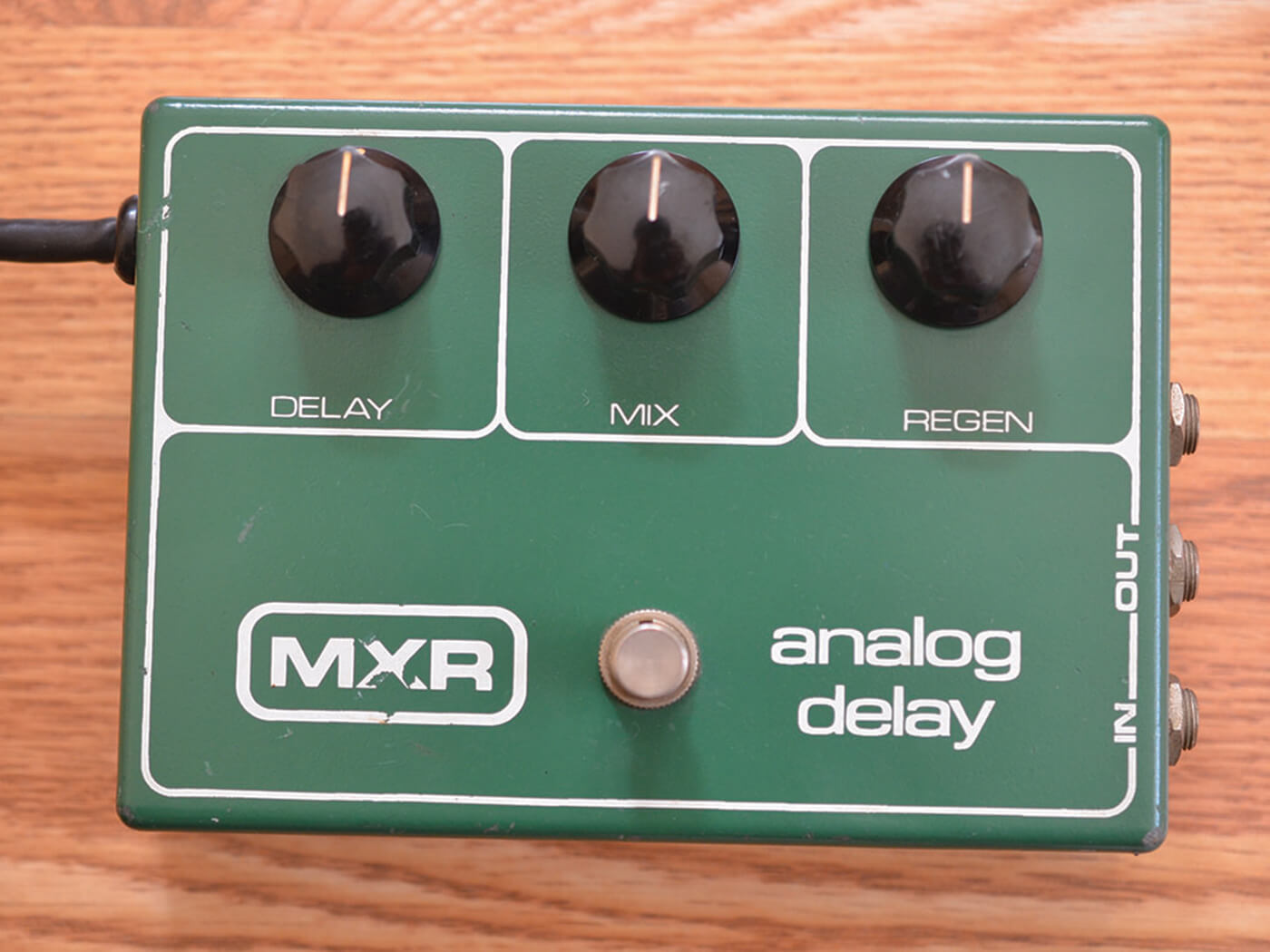 This large box delay from MXR was an early example of the three-knob template that would be found on countless delay pedals to follow. This pedal finds its modern day descendant in the form of the MXR Carbon Copy which currently ranks as the best-selling delay pedal across the entire market. 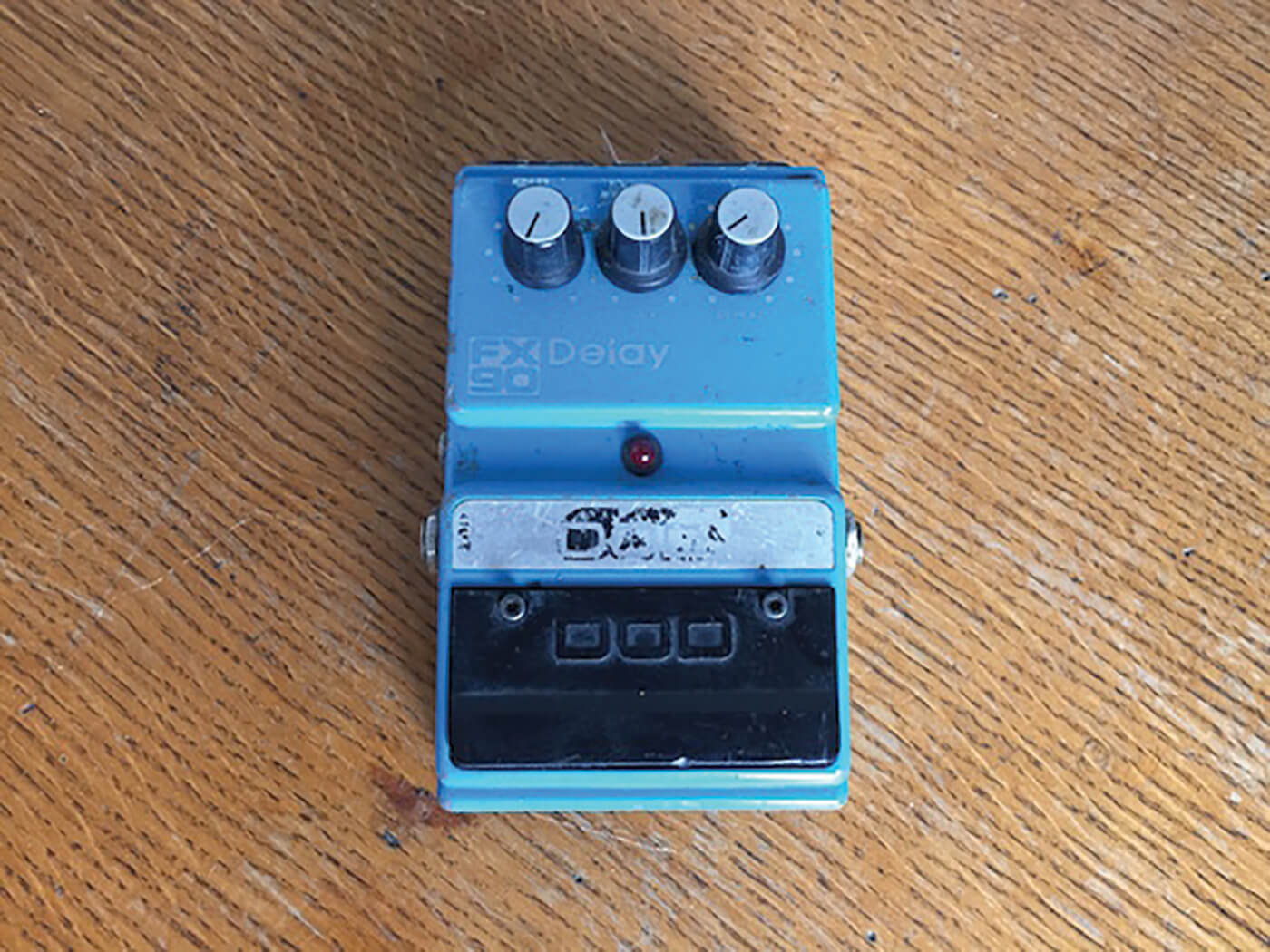 The FX90 was DOD’s take on the standard three-knob analogue delay as seen on several other pedals on this list. While it went through a series of design updates during its production run, this pedal relied on the same MN3005 chip found on the first version of the Boss DM-2. These days, original FX90s are cheaper than their Boss counterparts making this something of a hidden gem. 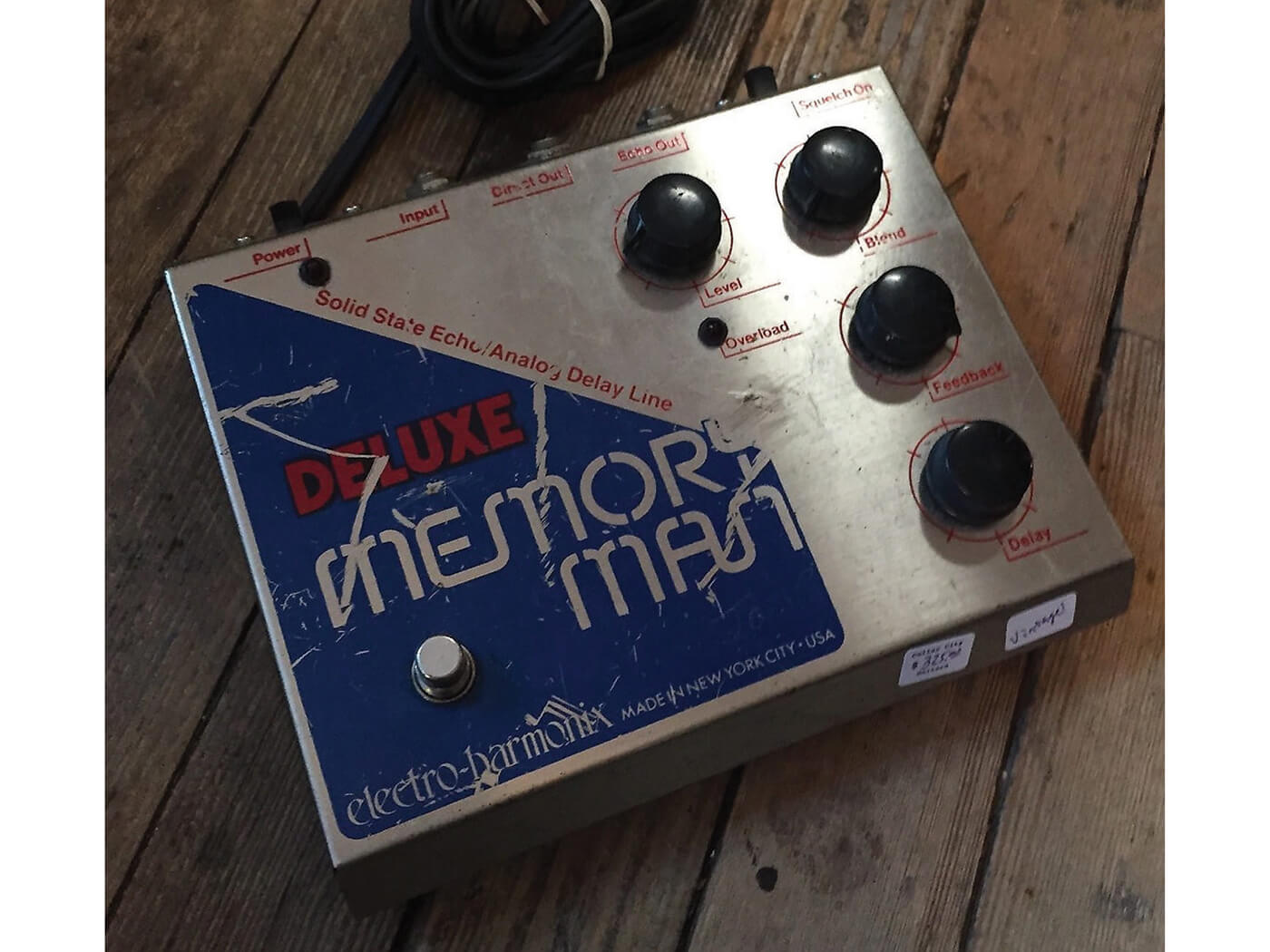 EHX produced a few different versions of the Memory Man in the 70s and early 80s, and the company’s current catalogue includes seven modern entries in the series. The Deluxe Memory Man of EHX’s original run is probably most well-known for its association with The Edge of U2, one of the foremost exponents of delay in rock history.