Love old-school modulation units but don’t know which one to pick up? Here are a few of the most popular models… 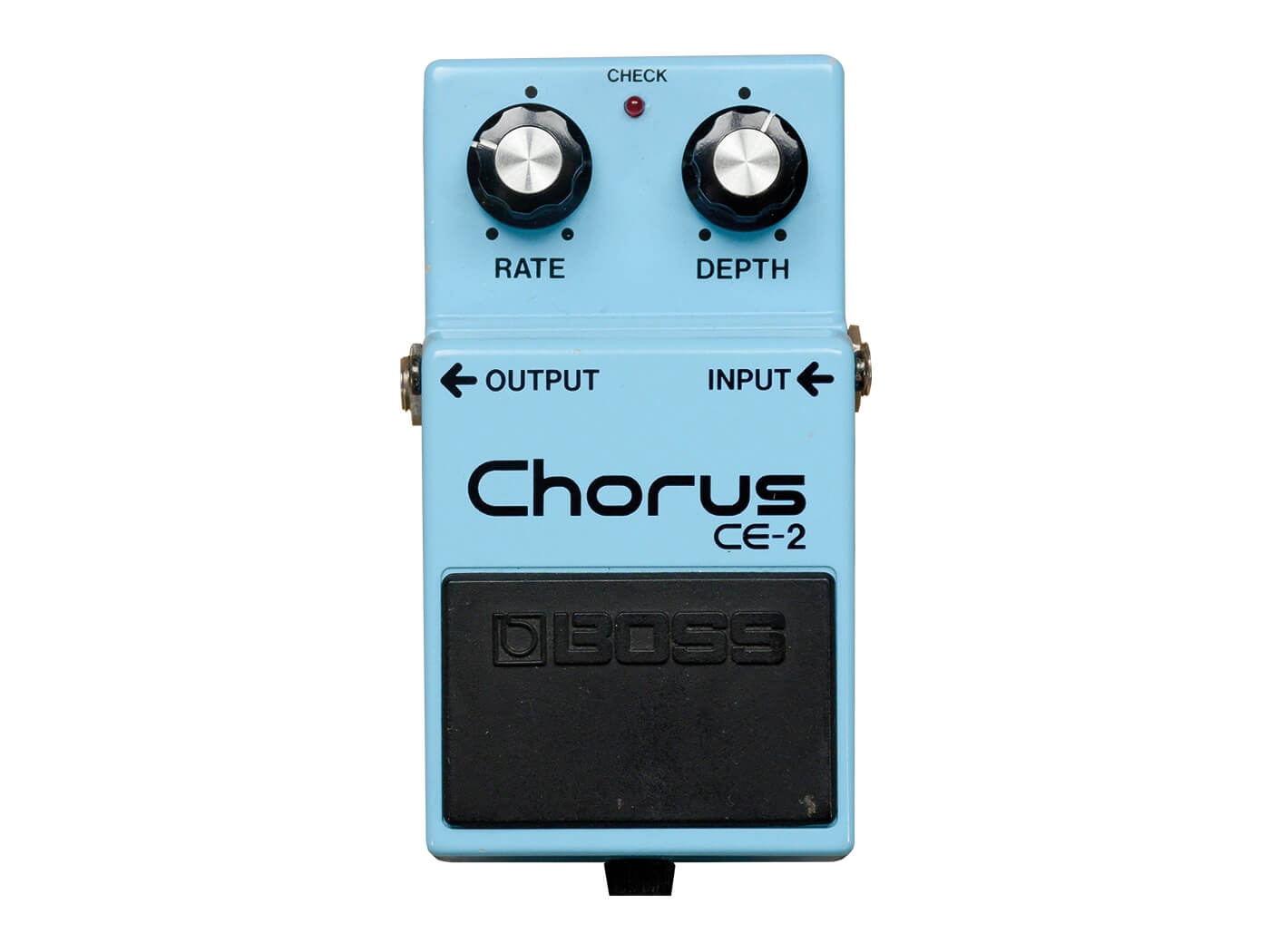 In our latest rundown of the most popular pedals on Reverb.com, Dan Orkin picks out the best-selling modulation units on the online marketplace. Head this way for flangers, phasers, choruses and more.

Seen something you need to add to your pedalboard? Head to Reverb.com to search for a great deal.

If chorus is the definitive 80s effect, the Boss CE-2 is the definitive 80s pedal. This chorus was used on so many classic records in that decade that it’d be quicker to list the hits you can’t hear it on. Today, Boss offers the CE-2W Waza Craft reissue, which includes a recreation of this classic modulation circuit with some extra goodies packed in. 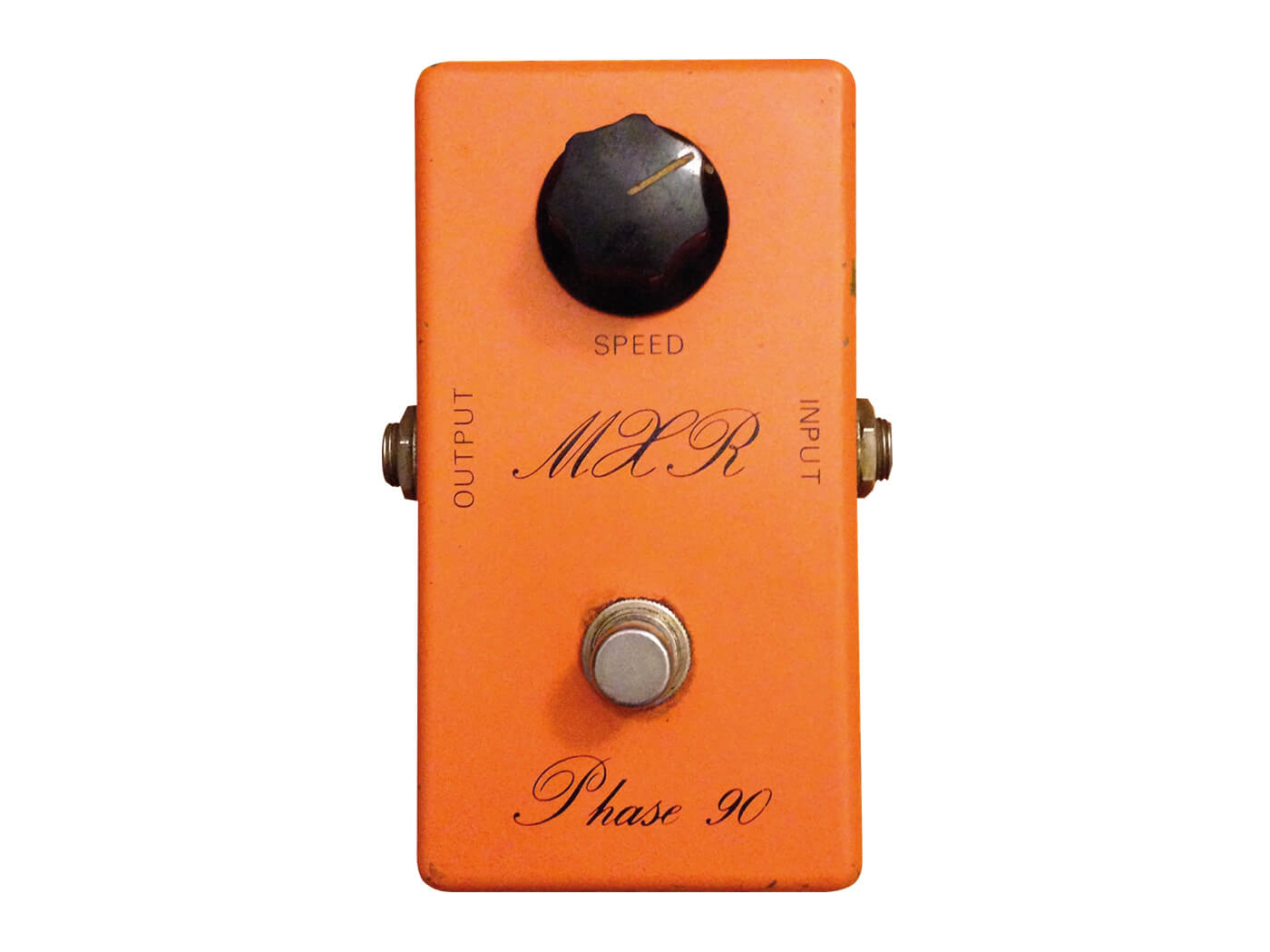 The single-knob Phase 90 is a fixture in the Hall Of Fame of all-time-classic guitar effects. Today, there are countless Phase 90 variants, including signature editions such as the Eddie Van Halen ‘EVH’ model. When it comes to vintage Phase 90s, most collectors distinguish between the earlier ‘script’ and later ‘block’ logo iterations. Typically, the ‘script’ version is considered the more desirable of the two. 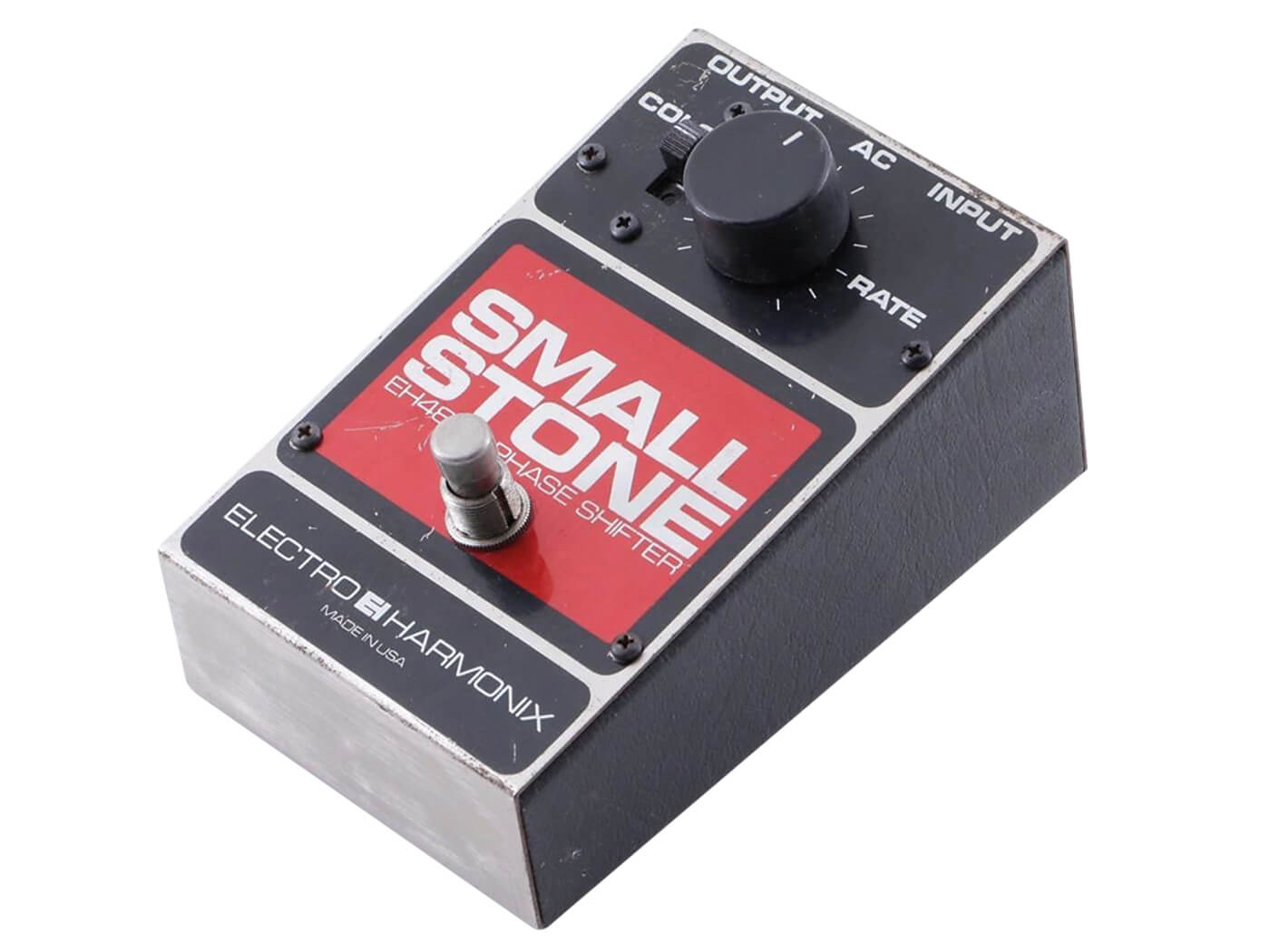 The Small Stone Phase Shifter from EHX was made in a number of different iterations through the 70s and 80s. All versions feature the same basic control layout, with some variations in the components that affect its tone. In this, the model is similar to the era’s Electro-Harmonix Big Muffs, but without quite as obsessive a fanbase scrutinising each and every detail of the various versions. 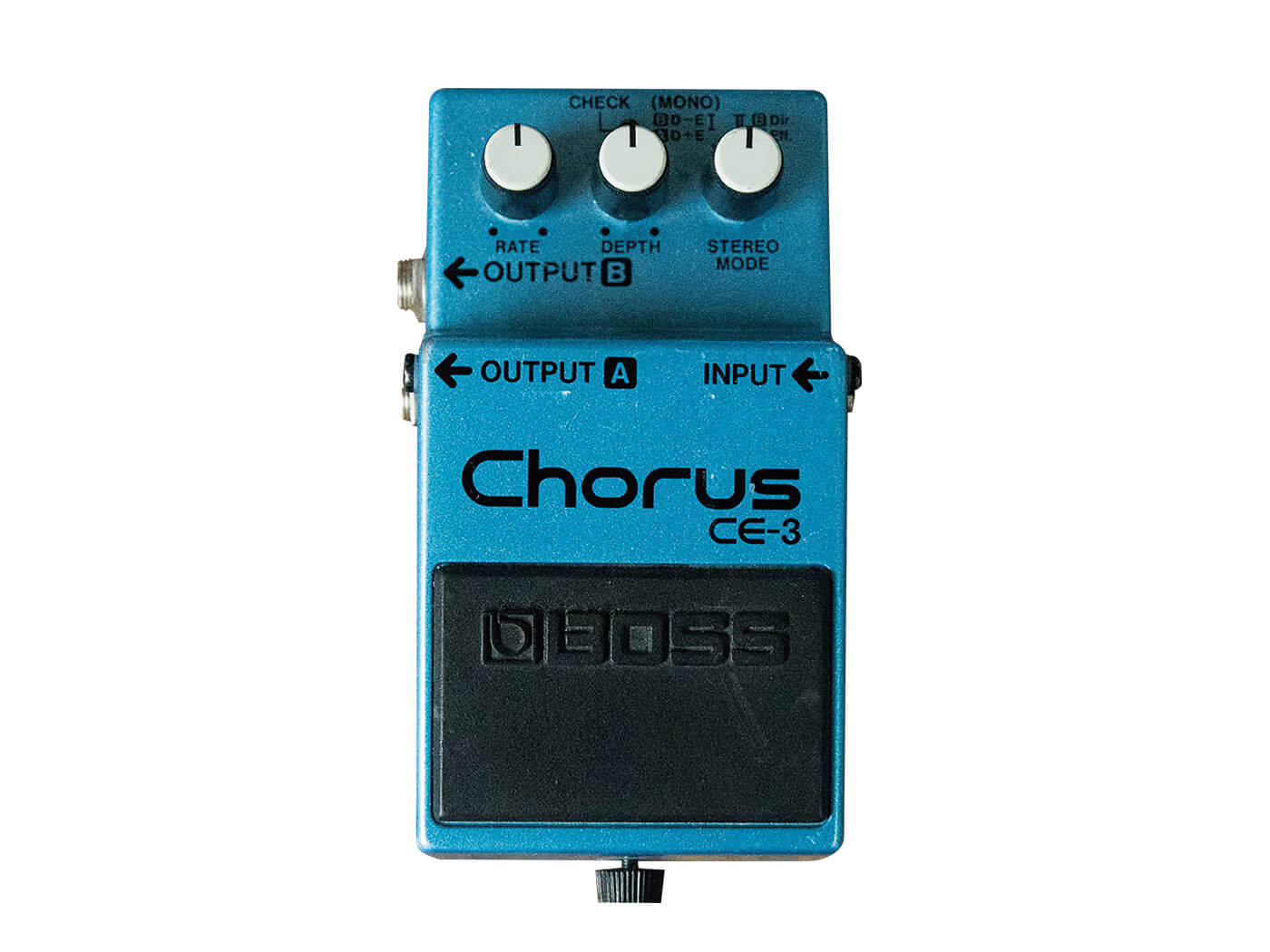 The CE-3’s main differentiating feature from the CF-2 was the inclusion of stereo outputs. While there were some other circuit changes that impact its tone, an original CE-3 typically costs less than the more popular CE-2 – a great option for an early Boss Chorus on a budget. 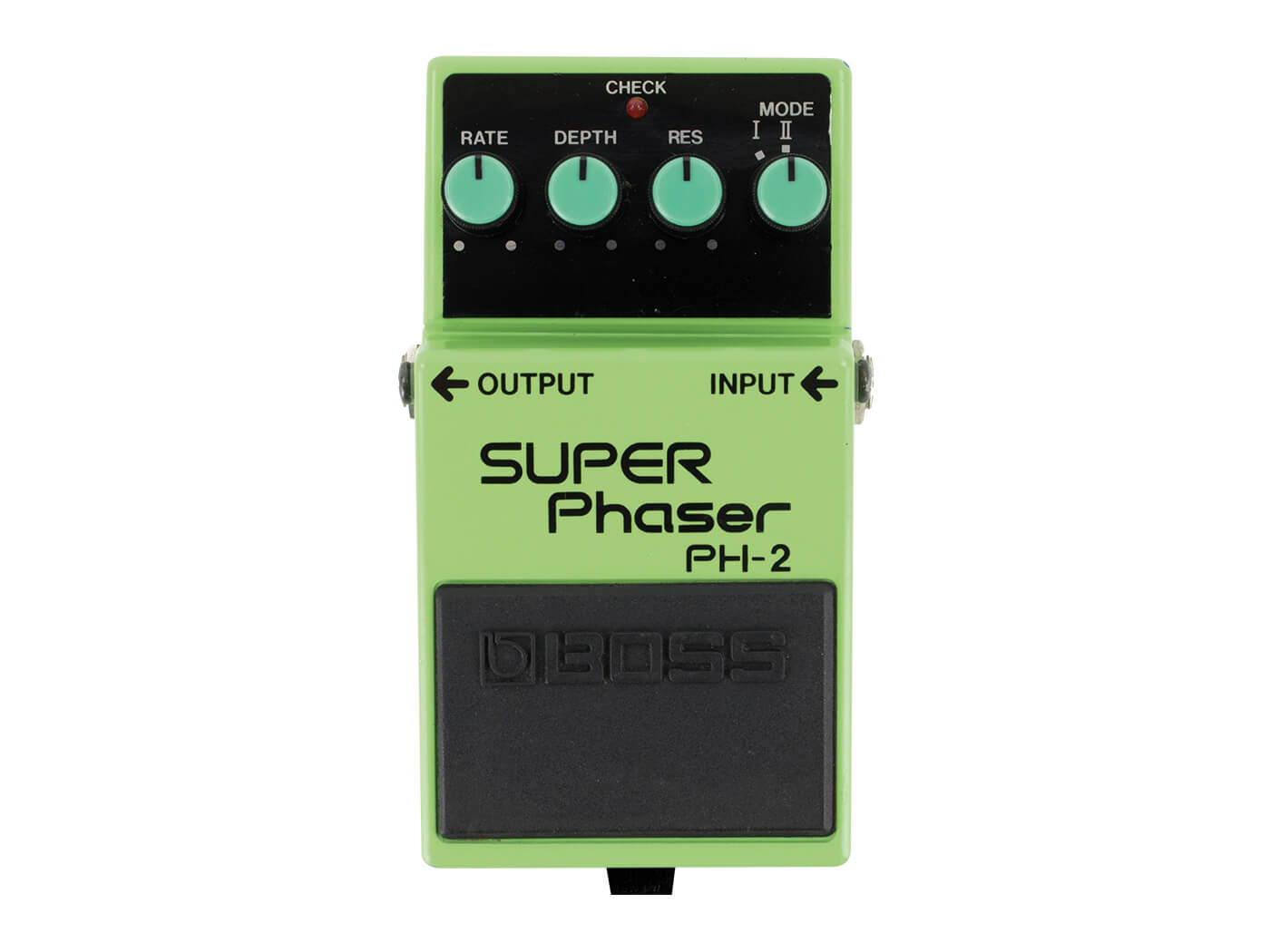 Boss’s primary Phaser model in the 80s and into the 90s, the PH-2 offered more tone-shaping options than equivalents such as the Phase 90. It was eventually replaced by the PH-3, but plenty of players still opt for the PH-2, due to its analogue circuit. 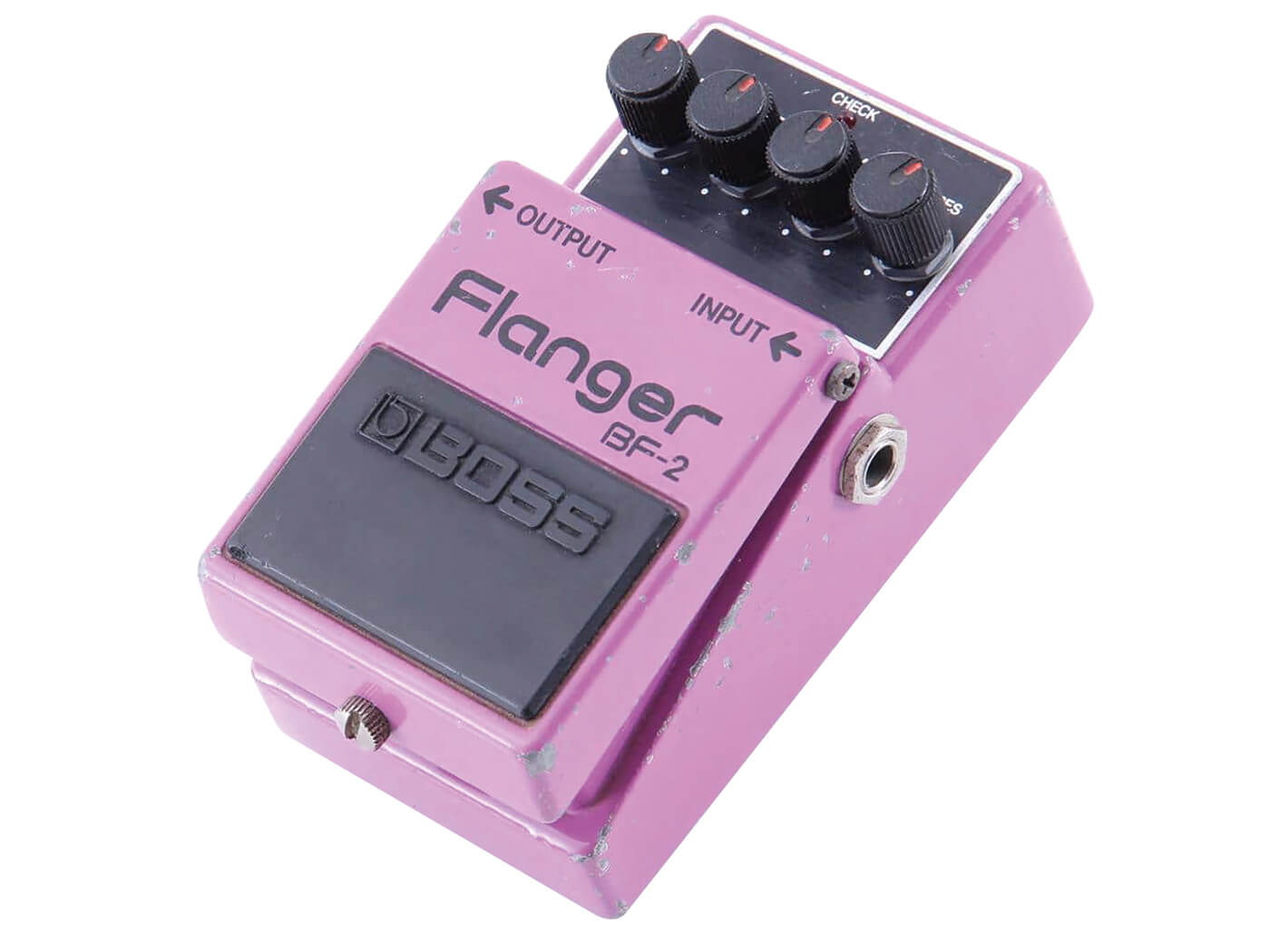 The BF-2 Flanger remained in production from 1980 until 2001, so consequently, there are a lot of them floating around the used market. This was Boss’s primary Flanger, though the company later offered the rare HF-2 Hi-Band Flanger and a bass version of the BF-2, the BF-2B. 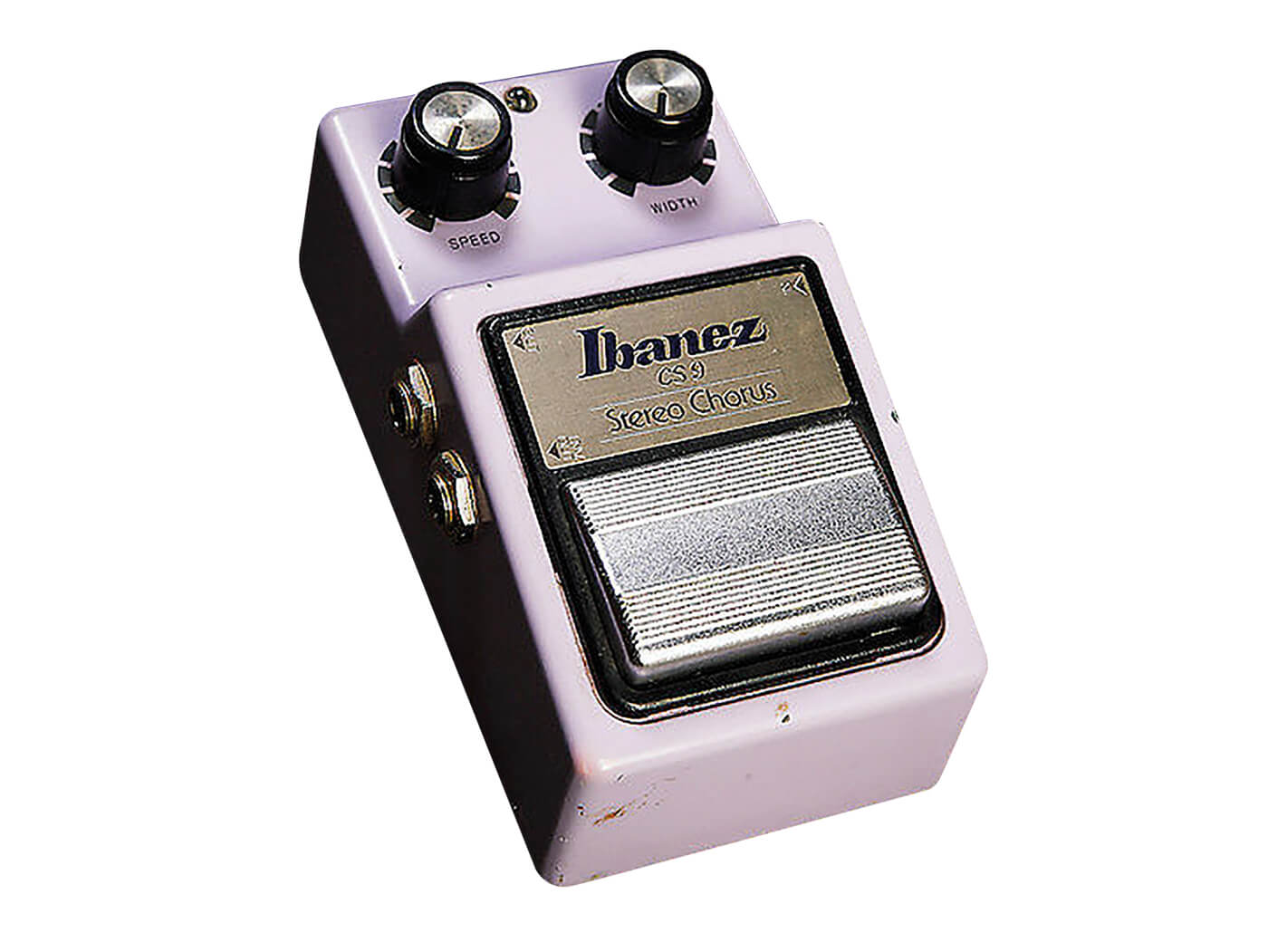 Ibanez’s main chorus unit during the 80s, the CS9 came from the same series that yielded the classic TS9 Tube Screamer overdrive. The CS9 has a similar layout to Boss’s CE-2 model, but with a slightly different and reportedly ‘shinier’ tonal flavour. 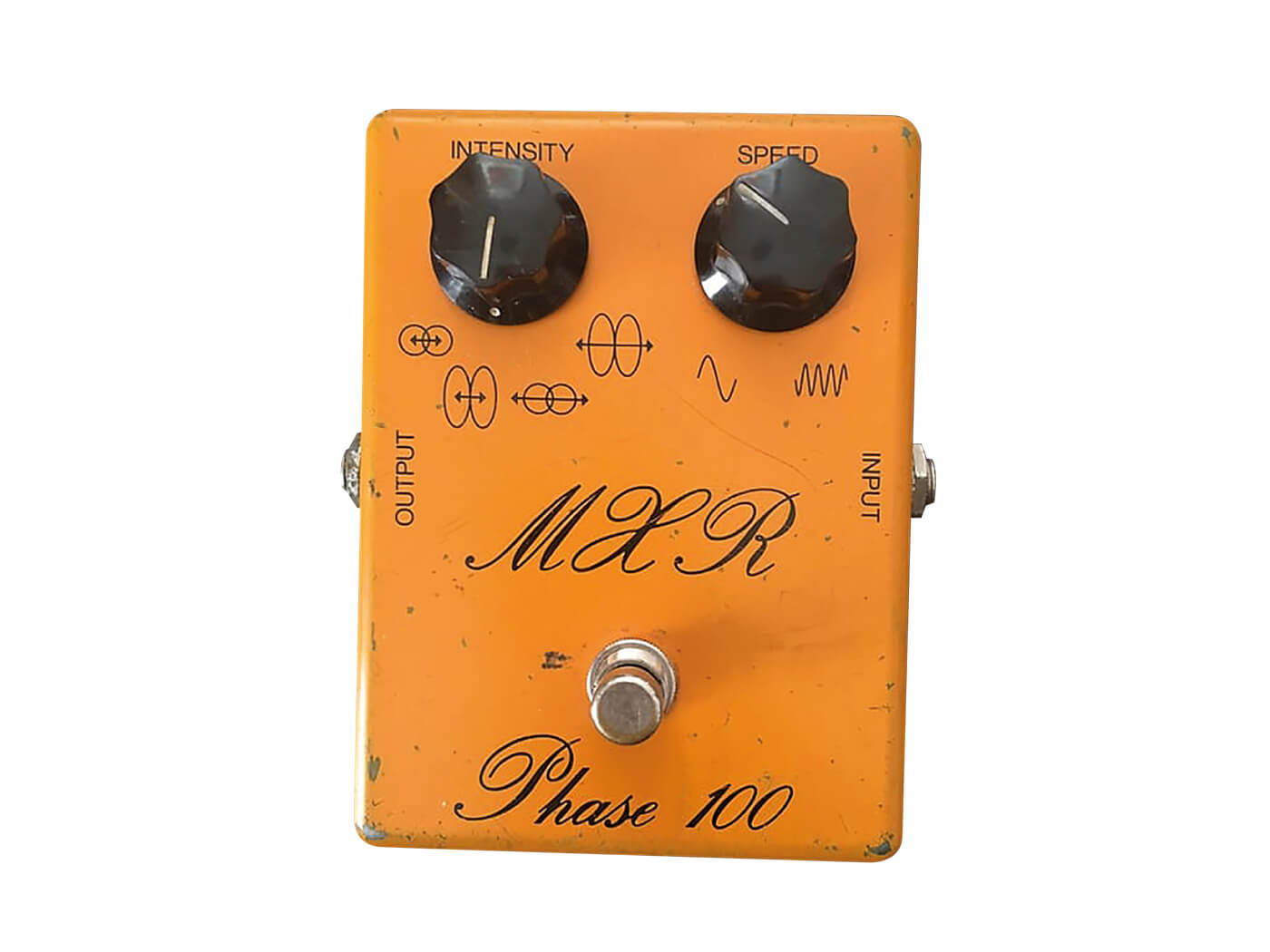 The Phase 100 was the Phase 90’s bigger sibling, adding a variable intensity knob to alter the shape of the phasing waveforms. Like the vintage Phase 90, there are both ‘script’ and ‘block’ logo variations to be found – again, the earlier ‘script’ examples cost more. 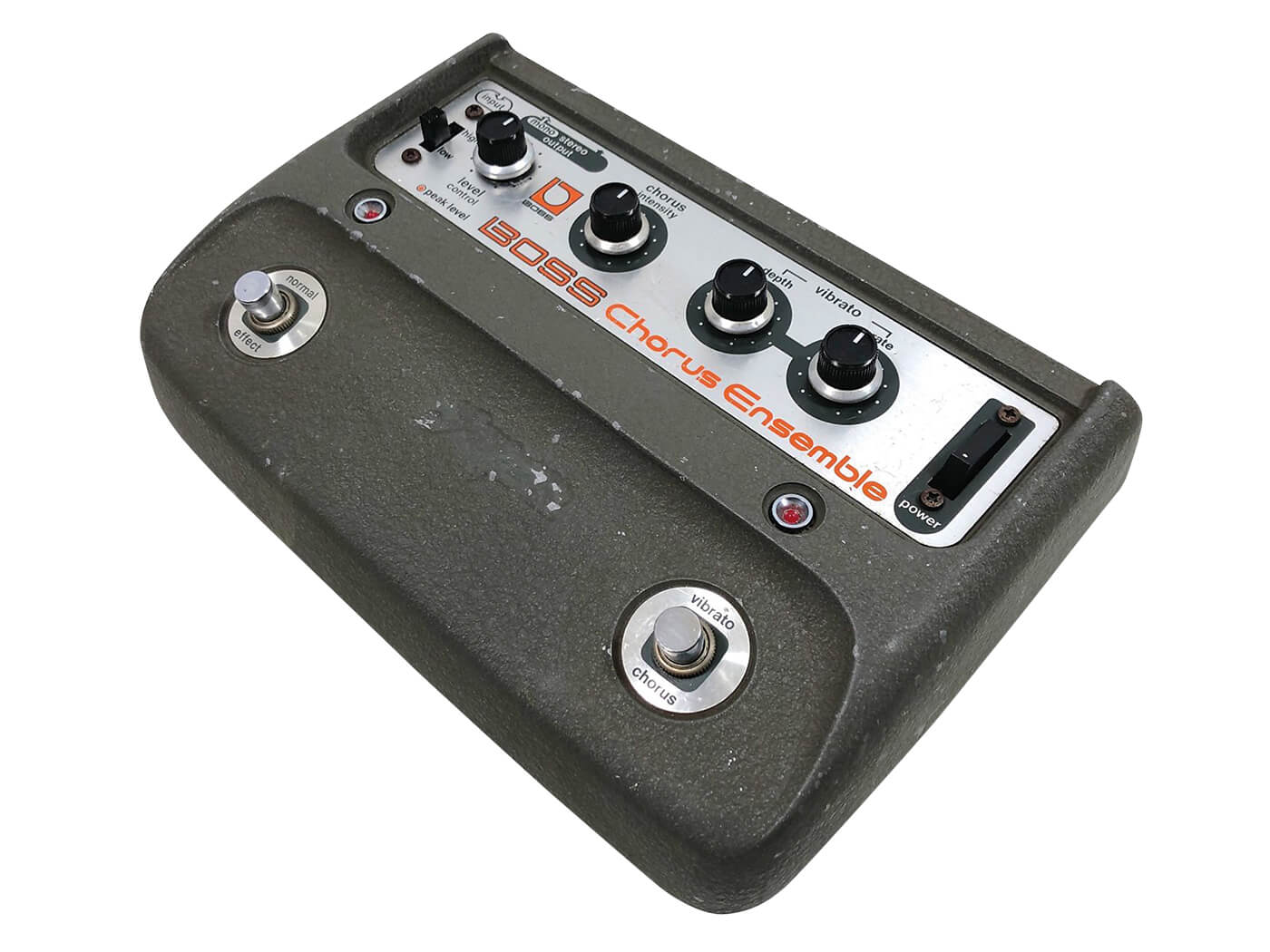 Before the CE-2, there was the pioneering CE-1, which predates Boss’s iconic compact-pedal enclosure. This was the first chorus pedal ever built and took its circuit from the chorus section of the iconic Roland JC-120 Jazz Chorus amp. 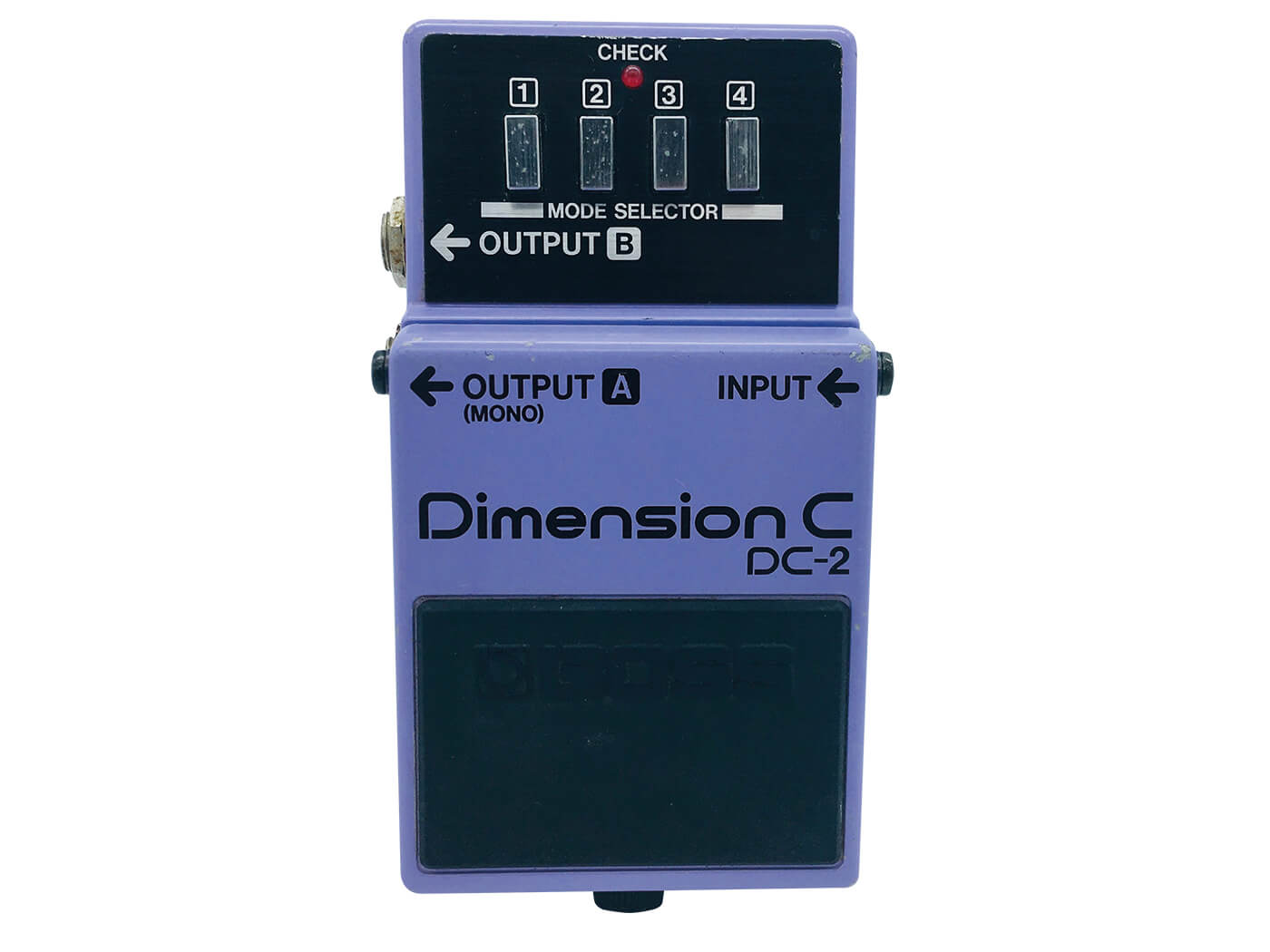 A rare Boss pedal with mode-selection buttons instead of variable knobs, the sounds of the DC-2 are entirely preset. The appeal of this pedal has always been about the lush,
yet subtle, textures. Earlier in 2018, Boss announced a reissue as part of its ever-expanding Waza Craft series.