In the first instalment of a new column, Michael James Adams finds that an abrasive approach can yield positive results when dealing with a tricky string breakage issue. 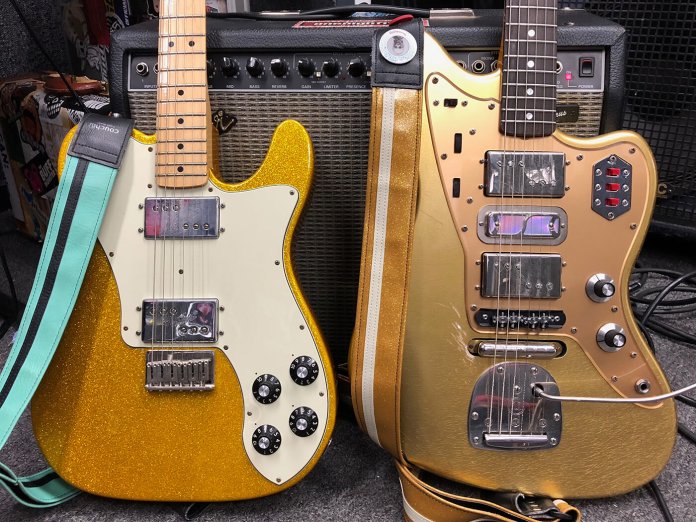 If there’s anything that keeps me motivated to post my work on Instagram, it’s the belief that any musician, regardless of skill level, can become at least partially self-sufficient when it comes to guitar maintenance. Whether it’s basic stuff like stringing a guitar properly or more complicated procedures such as swapping pickups or intonation adjustment, I really do believe that with a bit of practice and patience, anyone can learn to do what we techs do.

When asked if I’d be interested in a column in which I share some of the tips, tricks, and tried and true tools of the trade, I said yes immediately. Anything I can do to disseminate what I’ve learned over my many years as a guitar doctor is a win for me, and if it encourages someone else out there to take a more proactive approach toward the care of their beloved instrument, then I’m happy.

In this inaugural instalment of the column, I’m going to tell you about a sparkly Telecaster plagued with string breakage issues, as well as the one tool that helped alleviate those problems. 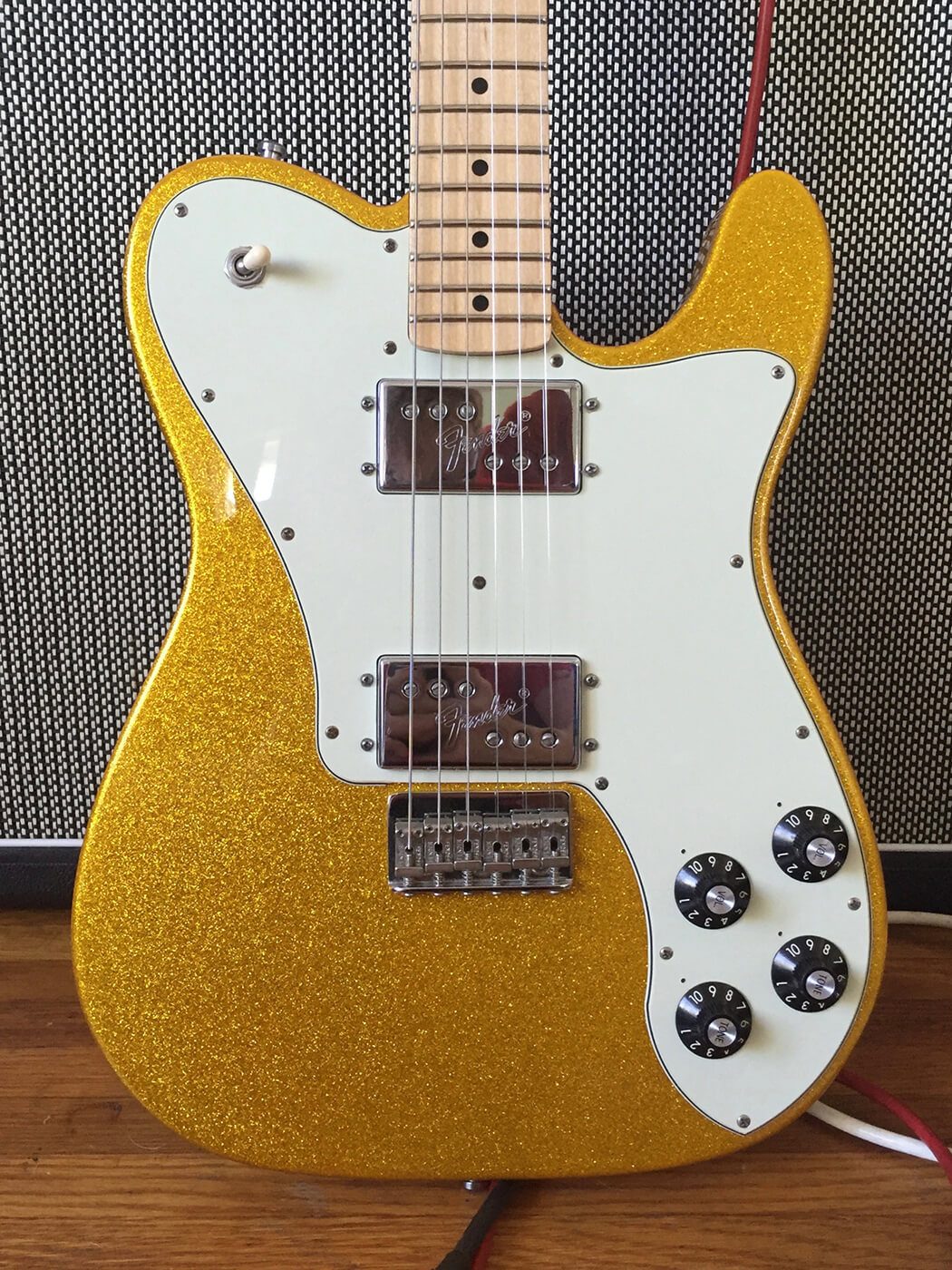 My dear friend David Sauer from the alternative pop-punk project One High Five has a beautiful Telecaster Deluxe that captures my imagination every time I see him throw it around his neck. Of course he’s a fantastic player and captivating in his own right, but anyone who knows me knows that sparkle finishes are my greatest weakness; last time I owned a blue 90s Super-Sonic, I’d lose hours just staring at it like a raccoon caught in a foil trap.

A great as that guitar played and sounded, it seemed cursed with broken strings at nearly every performance. At first, David suspected it had something to do with the vintage-style saddles that came stock on the guitar, so he replaced the bridge with the more modern American Standard part. This seemed to help, at least for a little while.

Soon enough, the problem crept in again during energetic shows, where six strings would turn to five, and sometimes fewer. Ever the glass-half-full sort of fellow, he’d merrily restring post-show and chalk it up to a flaw in his technique. Knowing it couldn’t be his heavy right hand alone, I asked him to keep an eye on where the strings were breaking and bring it to me the next time it happened. 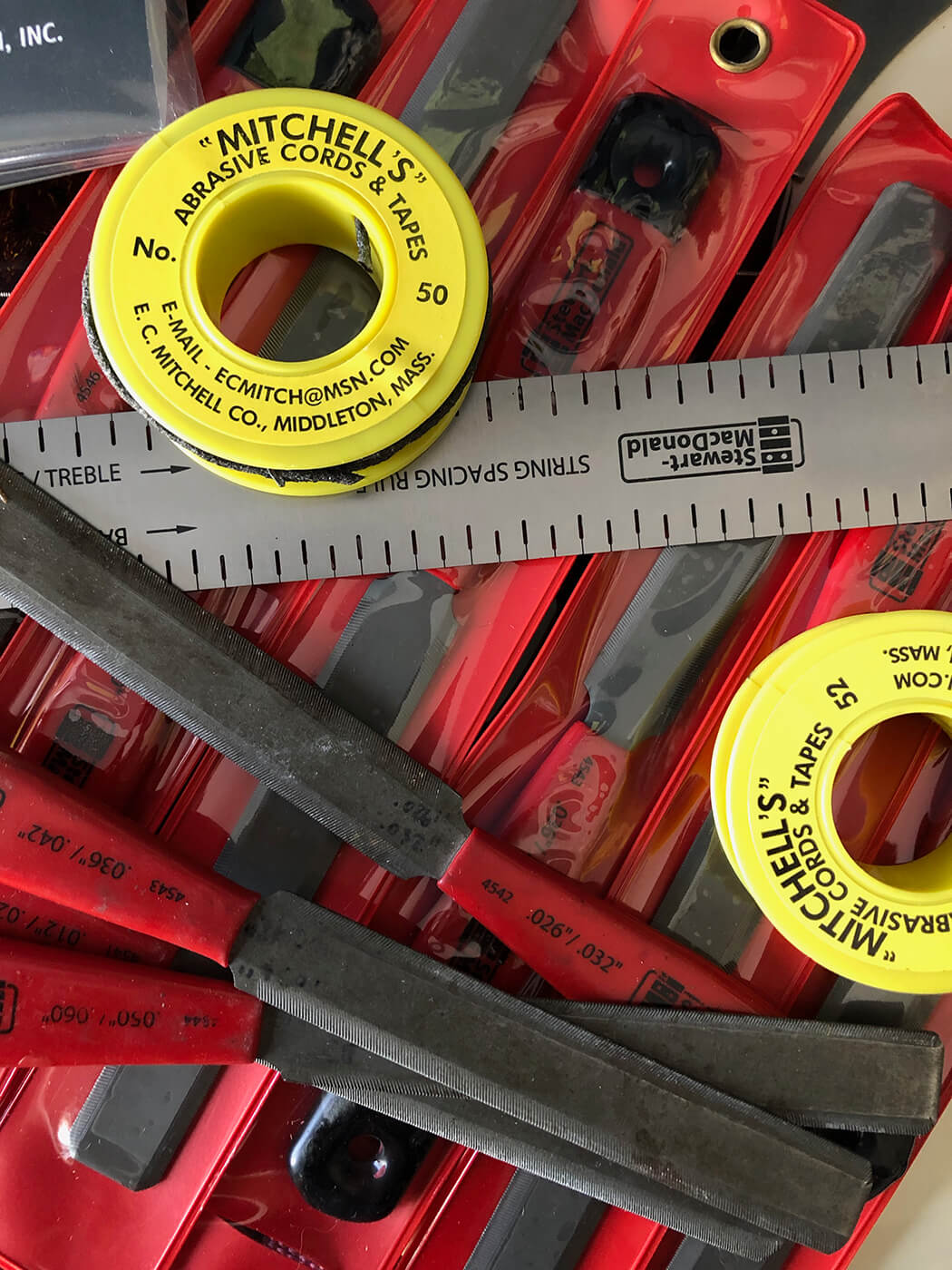 Just before a two-week long autumn tour, David showed up at my front door with the guitar and a fresh pack of strings in tow. He was worried about the upcoming dates, admitting that he wasn’t sure he could trust his Tele on the road. Luckily, he’d been taking note of where the strings broke, and just as I suspected, it was happening behind the saddles. For any guitar tech worth their salt, this was a major development.

On the majority of hard-tail bridges, the strings are installed from the back of the guitar, routed through the body and exit via holes in the bride base-plate, where they meet the saddles and continue on to the fretboard, nut, and tuners. Because the strings were breaking behind the saddles, it was easy to rule out other possible offenders and focus on those base-plate holes.

I could immediately see the problem after removing the Telecaster’s bridge: those holes had sharp, squared-off edges, and in some cases, what appeared to be leftover chrome from the manufacturing process. This left these points of contact particularly dangerous for string longevity and required redressing.

How to handle such an issue? Allow me to introduce you to one of my favorite well-kept secrets: Mitchell’s Abrasive Cord. Abrasive Cord is like coarse-grit sandpaper on a string, which allows you to shave off rough edges in tight spaces. It comes in a range of sizes, so it’s perfect for smoothing out worn saddle slots, deburring vibrato string anchors, rounding over poorly-honed nut slots, cleaning off corrosion from underneath a string tree, or as in this case, softening sharp points of contact in the strings’ path.

For this job, I removed the saddles and clamped the base plate in my smallest vice, threaded the appropriate size of cord through the first string-thru hole, and polished by hand in a manner not unlike flossing one’s teeth. It only takes a few moments to achieve round, smooth edges. I repeated the process for each hole, and once I was satisfied, I reinstalled the bridge and strung up.

During play testing, the strings held tune well and didn’t show signs of snapping, but realistically this is the kind of job where you just won’t know how well it all worked out until the player puts the guitar through its paces. I made a note to check in with David mid-tour, and to our mutual delight he hasn’t had a string break since. I’d call that a job well done.

Abrasive Cord can be found at a number of woodworking and luthiery suppliers such as Stewart-MacDonald, Gesswein and Rothko & Frost, as well as certain machine and automotive suppliers. And while you’re surfing the web, give One High Five a listen. It’s wild, sometimes chaotic party-punk music with an infectious positivity that might just lift your spirits on a gloomy day…