Tech Talk: How to intonate your guitar

In the latest instalment of his column, Michael James Adams attempts to demystify the murky world of intonation. 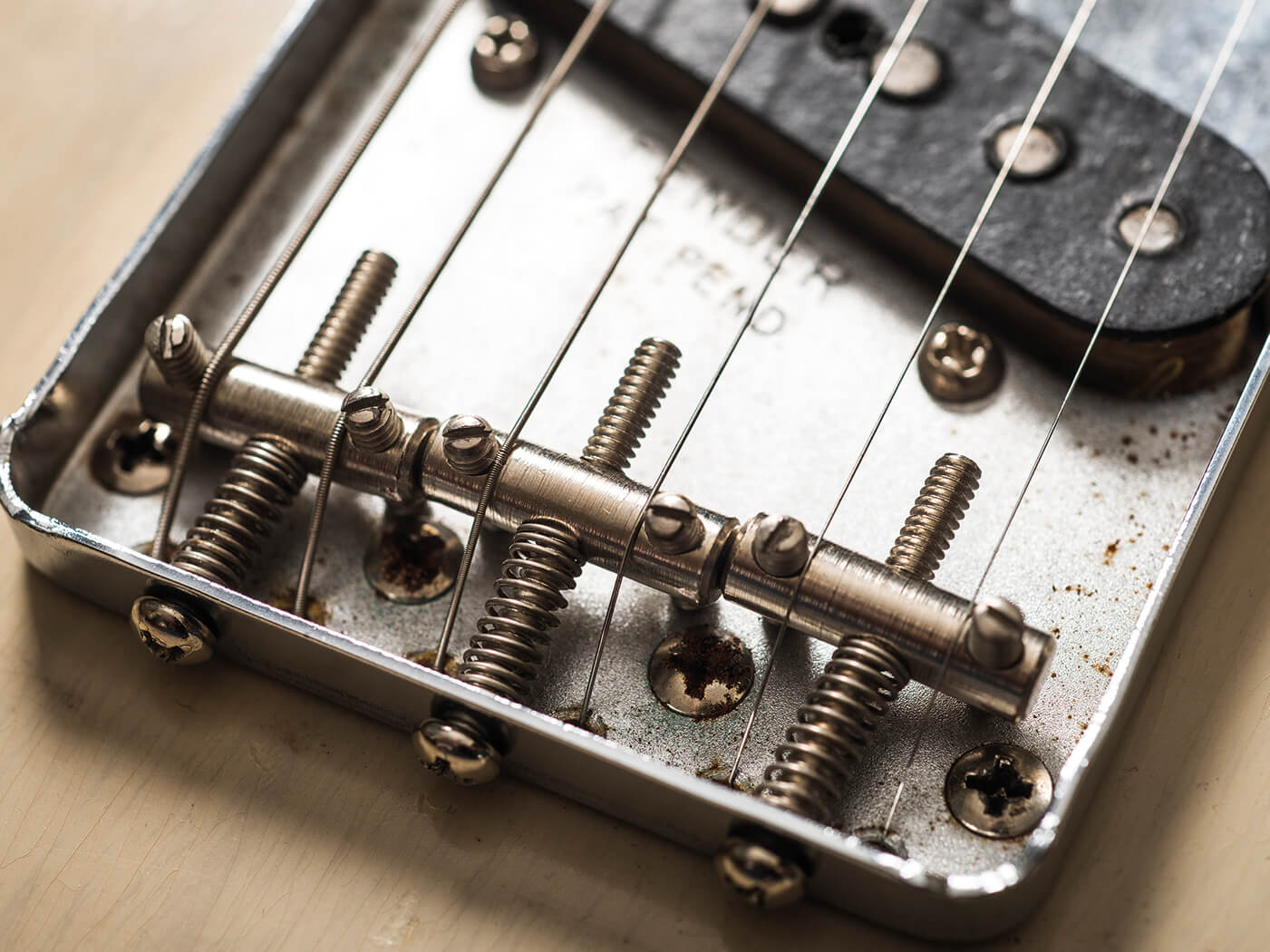 Whether you know how to set it or not, the chances are you’re at least aware of the importance of intonation, especially if you record frequently or play with others. If things sound fine in the root position but start to sour as you slide up the neck, or if your guitar sounds okay on its own but notes begin to clash when you’re jamming with other musicians, it might be a sign that your intonation needs adjusting.

Remember Pythagoras, the guy with the famous theorem about triangles that you learnt about in maths class? Pythagorean theory dictates that the note played on a string is inversely proportional to its length. For instance, if you halve the length of a string, it’ll be the same note as the open string, only an octave higher. The equal-temperament system chops up the octave accordingly into the familiar chromatic scale of 12 half steps.

Not always. Tuning a guitar is something of a compromise and with vintage-style instruments there’s no entirely foolproof method of obtaining perfect-sounding notes and chords in all positions on the neck. At least, not in our imperfect physical world in which strings vary in thickness and tension, the act of fretting a note bends a string slightly sharp, and plenty of bridges were designed with a wound G-string in mind.

If you pluck an open E on the sixth string, it should be in tune with the note you play on the same string at the 12th fret. But that’s just a single string – once you introduce multiple voicings across the fretboard, things start to get tricky. This is why we intonate each string differently, to maximise harmonic agreement on all strings.

We’ve learnt to live with the shortcomings of our beloved instrument. After all, the overwhelming majority of Western pop records made over the past 100 years have slightly-out-of-tune guitars all over them, and many of us are subconsciously compensating when we play. There are also plenty of genres in which a little ambiguity or dissonance goes a long way. That said, why not give your guitar the best possible chance of being in tune by setting its intonation correctly?

There are many systems out there that can make guitars and basses sound as in-tune as possible, including the Buzz Feiten system, the Earvana nut, True Temperament frets, and the ‘sweetened’ tuning programs included on Petersen tuners. These are all fine and, if your ear demands the utmost in precision, you should explore them. For the purposes of this article, though, we’ll be ignoring them in favour of the most widely available tools and traditional guitar types.

On most electric guitars and basses, intonation is adjustable at the bridge. To set intonation, you’ll need to find the screw that allows you to change the position of the saddle and therefore the length of the string. On a Strat or a guitar equipped with a tune-o-matic bridge, each of the six saddles has a screw that sets its position. On a traditional Telecaster, there are only three barrel saddles, and each saddle sets intonation for two strings with the adjustment screw in between them.

Note: adjusting the intonation of an acoustic guitar usually requires careful filing of the saddle and is best left to professional guitar techs.

You’ll only need a few basic tools to do the job: a screwdriver, flat- or cross-head, depending on your guitar; the necessary tools to set string height, such as an Allen key; and a sensitive guitar tuner, preferably a strobe tuner if you have one. For this job, you’ll want the most accurate tuner possible, as we’ll be making incremental changes.

It helps to install a fresh set of totally unplayed strings before you begin. Strings that have been played form divots or flat spots on the bottom from being pressed against the frets and from vibrating against their saddles. These divots can make it difficult if not impossible to zero in on perfect intonation.

Assuming your guitar is already properly set up, let’s get started. 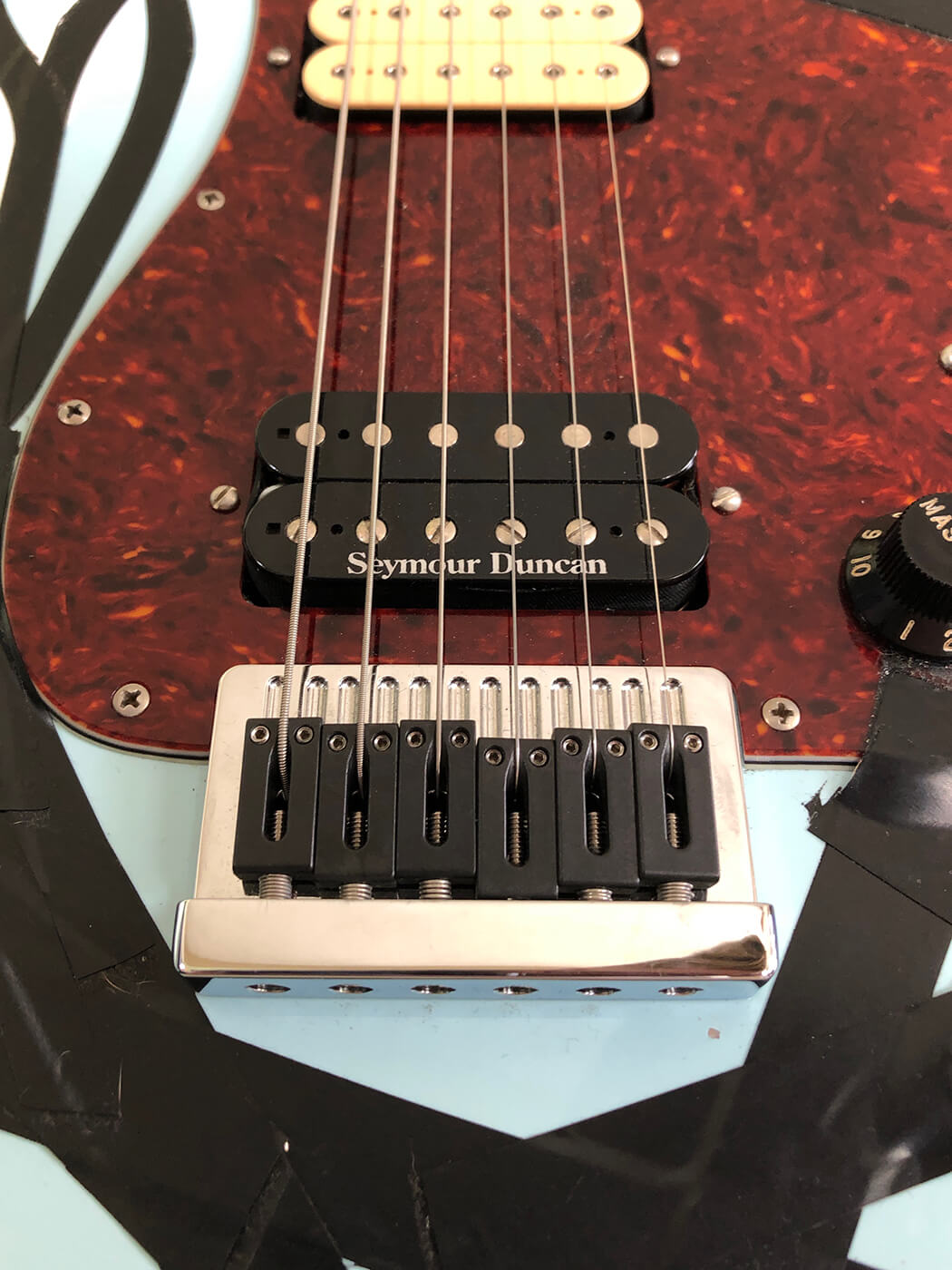 To check intonation, begin by tuning your guitar so that the harmonic note at the 12th fret is perfectly in tune on each string. For those unaware, that’s the note you can sound by lightly touching but not depressing the string, directly above the fret itself.

Going one string at a time, repeat this process as many times as necessary until you have the saddle in the right spot. We recommend tweaking by just a fraction of a turn if it’s your first time. It’s also a good idea to detune the string before each adjustment to ensure that you don’t flatten the bottom of the string with the back-and-forth motion of the saddle, then retune and move onto the next string.

Sometimes being perfectly intonated can still sound a little off, and that comes down to the way your guitar is set up or outfitted. Take three-saddle Telecaster bridges: to get them set up so that the strings play nicely with each other, you’ll need to walk the tightrope when dealing with a pair that share a saddle. A little sharp here, a little flat there, and you can get it into an agreeable window.

There’s also the matter of making sure the instrument works for the way its owner approaches it. For instance, when it comes to especially heavy-handed players, it can be good practice to intonate the low E string slightly flat. That way, their hard-hitting technique won’t cause the lower register to pull sharp with pick attack. This goes double for pummelling performers who pitch down more than a half step.

If you can tune by ear, you should be able to hear when something sounds off. Sometimes we’ll have to gently fudge a guitar’s intonation to make it sound ‘right’, in much the same way that professional piano tuners ‘stretch’ so that their pianos play in tune across all keys. When overdubbing guitar parts in the studio, it’s common practice to tune your guitar to the track, as that high-register arpeggio may be clashing with the cowboy chords in the rhythm part, despite what the tuner says.

If you’re new to guitar setups and setting intonation, hopefully this brief primer gives you the courage to have a crack at it yourself. Good luck and, ultimately, trust your ears. If it sounds right, it is right.