Since British players began trying to replicate US amp sounds in the 60s, boosting volume or frequency without unduly colouring tone has been an ongoing quest.

When discussing landmark guitar tones, important factors are often overlooked. For instance, nobody ever seems to consider the ambience of the room in which the amp was placed, or indeed the microphone that was used to capture the sound. Most surprising is the way treble boosters have been written out of the history books.

Treble boosters were widely used by many of the big-name players during the 1960s and 1970s. Eric Clapton’s sound on John Mayall’s ‘Beano’ album was a game changer, but his Dallas Rangemaster treble booster was almost as crucial as the Les Paul and Marshall combo.

Then came Marc Bolan, Rory Gallagher, Ritchie Blackmore and Tony Iommi. Brian May has never stopped using treble boosters with his AC30s. He has been associated with various models, but one thing is certain – without a treble booster even Brian May wouldn’t sound like Brian May.

It’s perhaps no coincidence that these famous players originated from our side of the Atlantic and they all used British amplifiers. 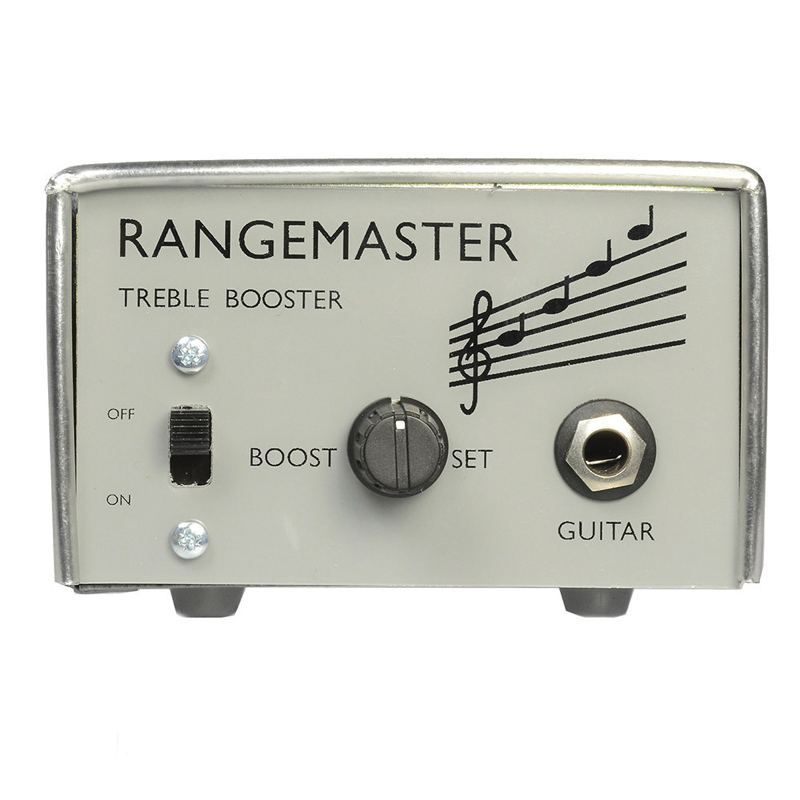 Consequently, British players would struggle to replicate the sounds they were hearing on American recordings without buying a very expensive Fender amp. Treble boosters, however, offered a convenient and affordable solution.

These treble boosters were built into enclosures designed to sit on top of amps, but they were still connected between the guitar output and the amp input. Had their only effect been to make British amps sound a tad brighter, they would have become obsolete once amp manufacturers figured out how to extend treble response.

Treble boosters lingered on because guitarists discovered they could be used to push the front ends of valve amps into cutting but creamy valve overdrive and sweet, singing sustain. As such,  treble boosters were fundamental to the evolution of blues-rock and classic metal tones.

There were relatively few guitar effects manufacturers during the mid-to-late 1960s,  so there weren’t many treble boosters to choose from. John Hornby Skewes offered one to complement and brighten up its Zonk Machine fuzzbox and Ritchie Blackmore used it. Meanwhile Orange, Winston and Vox made them, too, but they’re somewhat obscure. Ultimately, the Dallas Rangemaster overshadows them all, so what made it so special?

The Rangemaster features a single OC44 germanium transistor, and the circuit is configured to provide a high-pass filter as well as a boost of up to 24dB. The boost isn’t applied evenly across the frequency range, so if you play a low E the fundamental frequency remains more or less at unity gain. As you play higher up the neck, the treble booster effect becomes more pronounced, and it will be at its most extreme when you’re soloing in the higher registers.

In addition, the way the germanium transistor was biased is crucial to the operation of the Rangemaster circuit. Biased near to its cut-off, the transistor starts to compress the signal more on one side of the waveform than the other. This adds gentle asymmetric overdrive that turns into distortion as higher signal levels push the transistor into
full cut-off.

The way the Rangemaster interfaces with the grid of an amp’s first preamp valve also differs from a regular guitar output. The Rangemaster’s output impedance is much lower and never goes above the 10k value of the output potentiometer. It’s thought that this causes the valve to overdrive more smoothly.

By the early 1980s, treble boosters were becoming a thing of the past. Players could get heavy overdrive and sustain using active guitars with built-in preamps. Hot wound passive pickups such as Seymour Duncan’s Quarter Pounder and Invader, and the DiMarzio Super Distortion replaced plenty of vintage-style pickups.

Pedals were changing, too, with products such as the Ibanez Tube Screamer, DOD 250 and Boss OD-2 simulating a more valve-like overdrive. Players discovered that the best results were often achieved when combining diode clipping and boost from these overdrive pedals with an already overdriving valve amp.

The overdrive also added compression and focused the sound in the midrange by rolling off bass and treble. Amps with multiple gain stages, master volumes and powerful equalisation sections were generating far more overdrive and distortion than vintage-style designs. 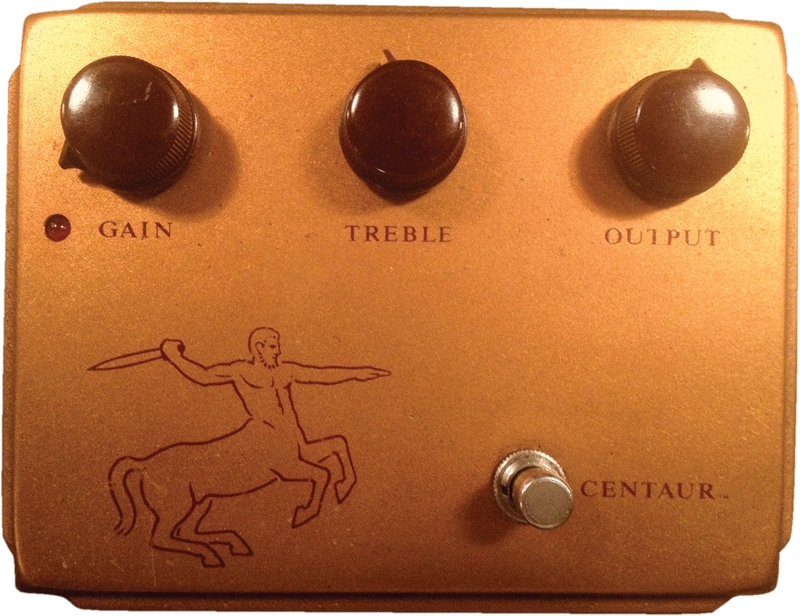 The goals of effortless overdrive and endless sustain had been achieved, but not everything was hunky dory on planet guitar. By the end of the 1980s, some players had grown jaded with the shredding scene, complaining that guitars and amps had ceased to be dynamic musical instruments. High-output guitars had become mere tone generators and the hot rodded amps were effectively tone shapers, but neither had much in the way of ‘tone’.

Overwound pickups lacked clarity and 80s high-gain amps often had an artificial and processed quality. Even the overdrive pedals of the era tended to sound murky, and touch dynamics didn’t even come into it. But how can smooth and sustaining overdrive be combined with dynamic range, wide open frequency range and tones that respond to playing touch and the volume knob on your guitar?

In addition to treble boosters,  old-school players used tape echo and reel-to-reel tape recorder preamps as signal boosters. What would happen if you used a high-fidelity, low-noise preamp rather than a crude old treble boost? Thus the Klon Centaur came to pass and, forsooth, nothing was ever the same again.

The Klon employed a charge pump power supply that doubled the operating voltage for extended clean headroom. The signal was also split, with selected frequencies being sent into clean and overdrive paths to then be re-combined according to the user’s preference.

Perhaps the most discussed, dissected and mimicked of all effects pedals, the Klon is adored and belittled in equal measure, but the only things you can reasonably gripe about are their scarcity and the astronomic used prices. The Klon is to contemporary boosts what the Rangemaster was to treble boosts.

Quality clean boost pedals are now commonplace and popular examples include the Durham Sex Drive, Keeley Katana, Z Vex Super Hard On and Fulltone Fat Boost. These boosts can raise signal levels to the realms of high-output humbuckers without any resulting loss of dynamic response or clarity.

You may also find that guitars and amps feel more touch sensitive and guitar volume controls have a wider usable range. Treble boosters were generally left switched on and many contemporary players are doing the same with clean boosts to stack them with overdrive and fuzz pedals. Isn’t it funny how some things eventually come full circle?

Read our picks of the best boost pedals here.