There are many metal parts on a guitar that impact your tone and playability, but your frets might be the most important of all. 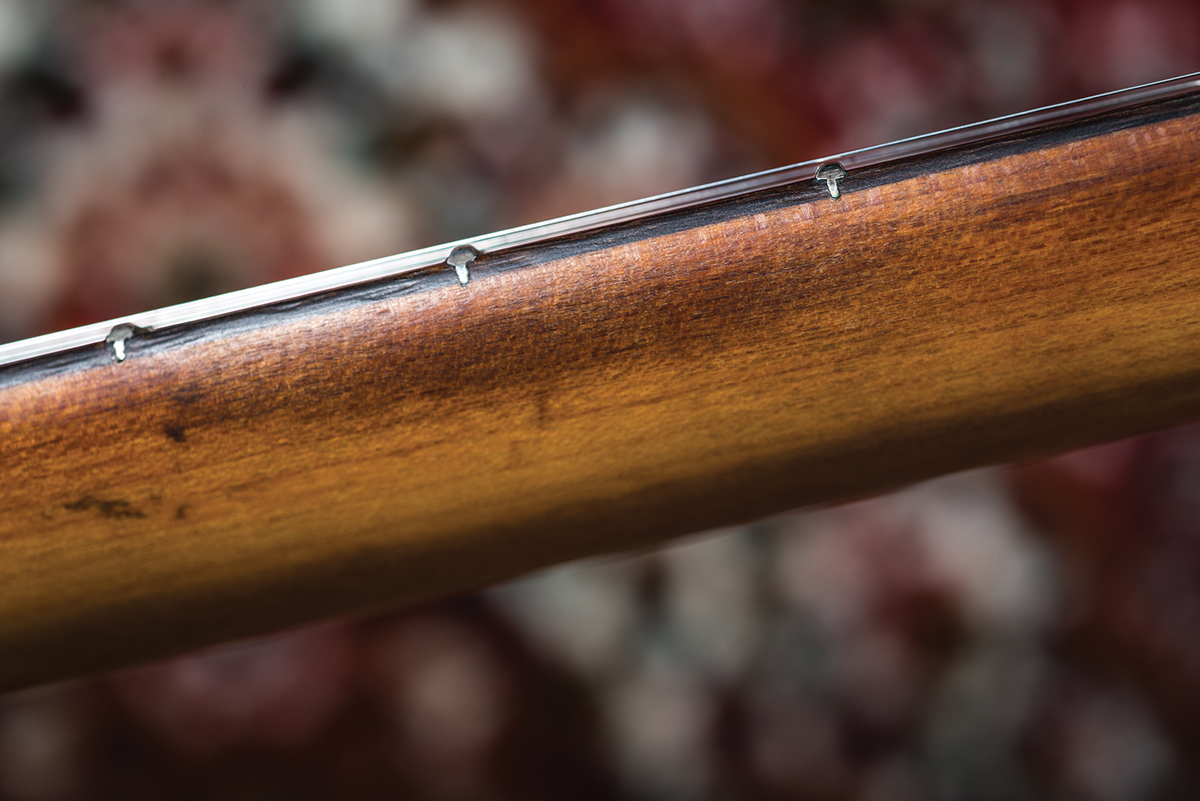 Although some guitarists have experimented with fretless guitars, they have never really caught on in the same way as fretless basses. It seems we’re stuck with frets and for the vast majority of us, that’s probably for the best.

Frets divide a fretboard into easy to see semitone intervals that tell us where the notes are. The violin family of instruments (viol notwithstanding) have fretless fingerboards, so skill and accuracy is essential to play in tune. The flipside of this is that they only usually hit one note at a time – as anyone who has tried to learn violin in school can attest, that’s hard enough as it is… but imagine trying to play four-note chords in tune on a cello!

Given that chord work is an essential component of guitar playing, that makes frets equally essential for us. There is a drawback to this – if you want to explore microtones or exotic eastern scales, you can’t really do it with a conventionally fretted guitar unless you play with a slide, but it’s not a pressing problem for the majority.

The earliest guitar-like instruments didn’t have frets, but as the oud evolved into the lute, luthiers began tying string or gut ligatures around the neck. Presumably these were put on wet and would shrink and tighten as they dried. Players would feel the ligatures front and back, and with knots along the bass edge of the fingerboard, thumb wrapping would have been best avoided.

When luthiers began inlaying frets into the fretboard, bone strips became commonplace. Bone may have been tough enough for gut strings, but as wire-wrapped strings were introduced, metal became the material of choice for frets and has remained so ever since.

The earliest style metal frets look quite different to the ones that we know and love today. These early types are commonly known as ‘bar frets’ because they are flat-sided metal bars that are radiused top and bottom and pressed into the fret slots. What you can see above the fingerboard is identical to the portion embedded in the slot, so they are rectangular in cross section.

They require wider slots than modern fret wire, so the slots are milled rather than sawn into the fingerboard. This type of fretwire is mostly associated with vintage acoustics, and Martins in particular. Martin even made its own fretwire at one time, but phased out bar frets during the mid-1930s.

John D’Angelico reportedly continued buying bar fretwire from Martin for many years after the company phased it out in its own guitars, and bar fretwire is still available for vintage restoration work today. There’s even a clique of acoustic players who prefer the vintage feel and look of the bar style.

However, patented during the 1920s by Clinton F Smith, the ‘T-fret’ soon became the industry standard – and remains so to this day. The letter ‘T’ stands for tang, and in cross section the T-fret closely resembles a mushroom. The tang is far narrower than a bar fret and it was designed to fit into slots that were sawn into the fingerboard. The tangs hold position due to a friction fit, aided by barbs that help it to grip the sides and prevent the fret from working its way out of the slot.

The tangs are so narrow it would be almost impossible to round over the edges if the part of the fret above the ’board were equally narrow. They would also cut into the strings and feel very uncomfortable.

Instead Smith devised a wider top section called a crown, with a flat surface to sit against the fingerboard and a rounded upper portion. Rounding off the crown makes T-frets more comfortable than the square-edged bar frets and provides more accurate intonation. This is because the take off point for the string is directly above the slot, rather than the nut-side edge of a bar.

Although most frets are now T-frets, they are not all created equal. It’s something you should consider as a player, but absolutely essential for guitar repairers. Crowns vary in width and height, which will affect the way a guitar feels. Some also suggest it changes the tone, too.

Tall crowns can almost make a fretboard feel like it has been scalloped. You can really get your fingers under the strings for easier bends and controlled vibrato. The downsides are that when you’re sliding up and down the neck, it can feel like speed bumps under your fingers, and if you press too hard when you’re fretting, notes will sound sharp.

This is why tall and wide may be preferable to tall and thin. Wider crowns allow for a more gradual curve, so the frets will feel softer as your fingers move along the ’board. This is one of the reasons why so many rock players and shredders prefer wide and tall frets.

Traditionally, Fender used skinnier wire than Gibson, and if you buy from a supplier such as Allparts UK or Stewart-MacDonald, you can read the dimensions to determine the best match if you’re doing a vintage restoration or trying to improve overall feel. There are also technical aspects to consider if you or your luthier are replacing frets. When the original frets are removed, it’s advisable to measure the tang depth and width to determine if the new wire you want to use will be compatible with the existing fret slots.

To do this you’ll need a micrometer or some digital callipers. If the tangs are too narrow, the frets won’t stay in the slots, and if they’re too wide for the slots, you may force the neck into a backbow that will make the guitar unplayable. Equally, if they’re too tall, the frets won’t seat properly and you will see gaps between the crown and the fingerboard. Of course you can cut fret slots deeper and wider, but it’s best avoided unless it’s impossible to find fretwire that will fit the existing slots. 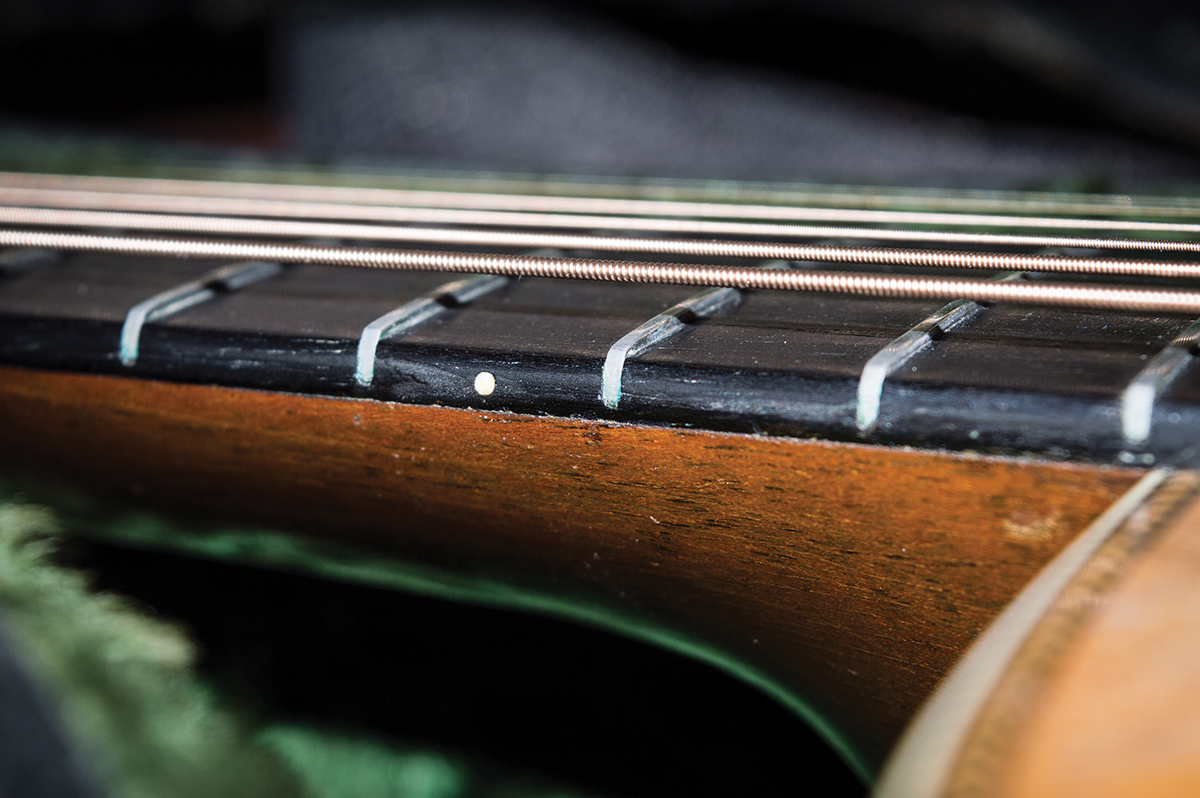 During the 1950s, many jazz players preferred ultra-low frets. The Les Paul Custom of that period was marketed as ‘The Fretless Wonder’, and in the bend-free era of wound Gs, low frets made sense. However, guitar playing evolved and vintage guitars with ultra-low frets can cause difficulties for blues and rock players. Attitudes towards fret originality have changed in the vintage world, and these days a pro refret is deemed acceptable – indeed desirable – on all but the most historically significant and original examples.

One of the many myths associated with Stevie Ray Vaughan is that fat frets equal fat tone. He supposedly preferred massive fret wire – even having his necks fitted with bass frets. No doubt they provided extra control and grip as he bent those 0.013 gauge strings, but do frets really make that much difference to tone?

Supposing the frets are level and all the crowns are properly rounded, the area of physical contact between the strings and the frets would be identical irrespective of crown width. This could change as frets acquire playwear, because a wider and flatter surface might reduce crispness and definition. In other words, the guitar might sound softer and less bright.

You could also make the argument that fat frets might add mass and stiffness to the neck, but we’re talking fine margins that may only be apparent when playing unplugged. All things considered, we’d suggest playing feel and longevity are more important considerations than tone when choosing fretwire.

On the plus side, stainless steel frets provide a super smooth surface for string bending and they retain their shine indefinitely. The steel is also so tough that you may never again need a refret, but busy players may end up spending a lot more on strings – especially those who use pure nickel because it’s softer than steel. Some players also believe that stainless steel frets can add brightness to the tone.

Jescar’s EVO gold fretwire is another option that is made from an alloy specially developed for people with nickel allergies. It’s said to be tougher than nickel and very long lasting, but easier to work than stainless steel.

Like anything else, frets are a matter of personal taste, but when you find the right combination of size and material for you, it can greatly enhance your playing experience.