Fuzz wasn’t the first type of effect, but it’s probably shaped the sound and evolution of guitar music more than any other. 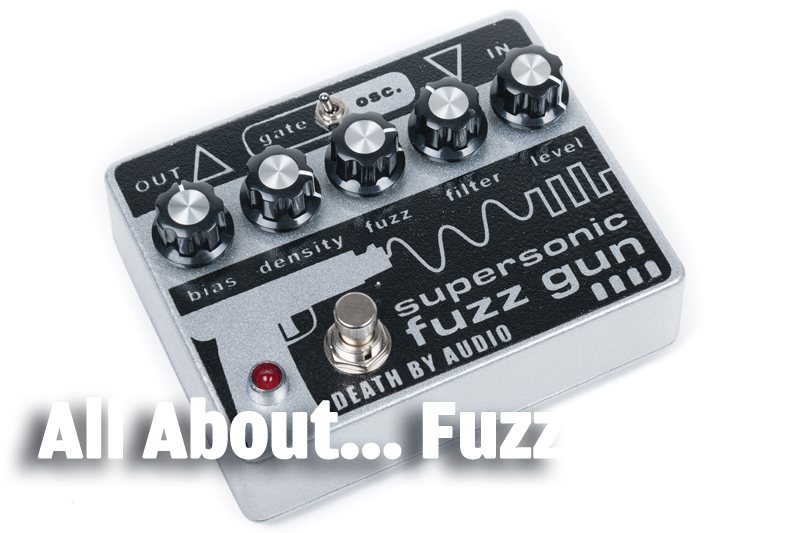 Have you ever wondered what makes fuzz different from distortion and overdrive? In its purest form, the fuzzbox is intended to create square wave clipping, and technicians use this term because it’s what the waveform looks like on an oscilloscope. It occurs when the harmonic overtones are more or less equal in volume to the fundamental frequency.

There is no single method to square the wave. Some designs allow the circuit to run out of headroom (voltage) so the loudest parts – ie, the fundamental frequency – cannot be amplified beyond a certain point and the transient peaks are sliced off. This evens out the amplitude of the fundamental and the harmonic overtones. 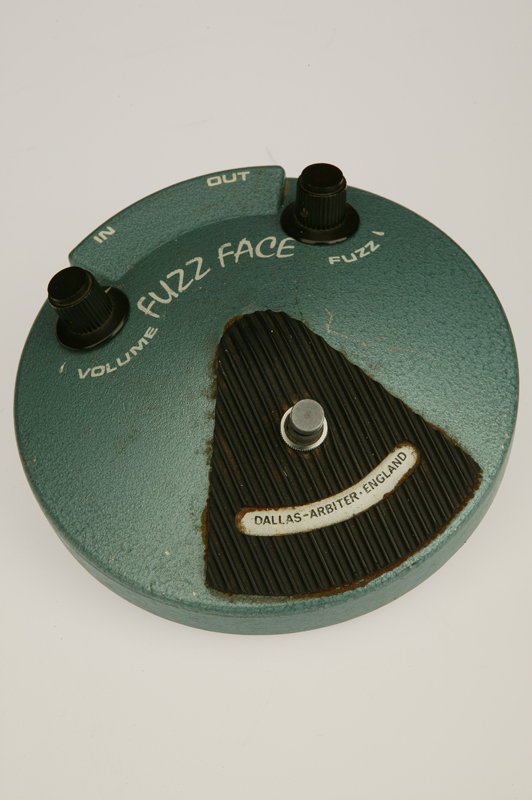 Diodes can also be used to force signal clipping at a chosen voltage. Some pedals combine both methods, and designers have even used square wave generators, but the results are similar enough to fall under the fuzz umbrella regardless. 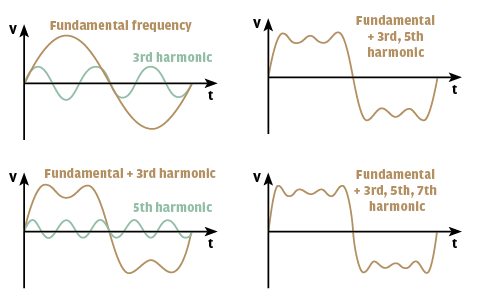 Things get more interesting when you start investigating dynamic response, picking definition, sustain and upper-octave effects, because all fuzzboxes have unique characteristics – often inspiring cultish levels of devotion. Some believe fuzz is at its best without the softening effect of valve overdrive; so plugging into a clean valve amp, or even going direct into a mixer or interface, allows you to hear the full effect. This brings us back around to the fathers of fuzz tone.

Cool to be square

It’s accepted that the Maestro FZ-1 was the first commercially available fuzzbox. Its origins can be traced to a Marty Robbins country track called Don’t Worry, featuring guitarist Grady Martin on a Danelectro six-string bass plugged directly into a valve mixing desk.

During the session, one of the console transformers started to fail, making the Danelectro sound distorted and fuzzy. Everybody liked it so much they even recorded a solo with the fuzzed-out bass. The record was a huge hit, and when Nancy Sinatra booked into the studio shortly after, she requested the same sound. Unfortunately, the ‘magic transformer’ had failed completely in the interim, so studio engineer Glenn Snoddy teamed up with his friend Revis Hobbs to recreate the effect using transistors. They pitched the idea to Gibson and the first fuzz appeared as an effect built into a bass in February 1962. 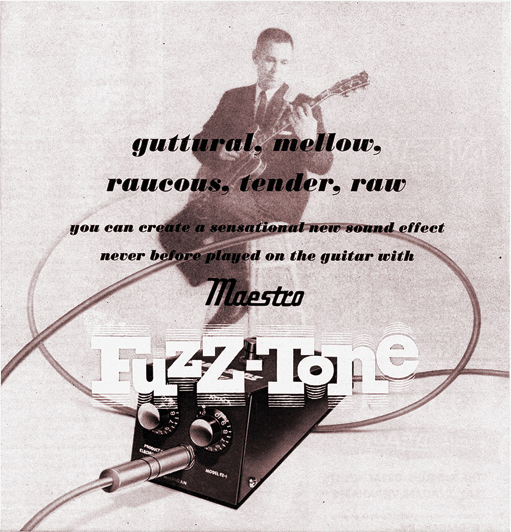 A floor pedal version, known as the Maestro Fuzz-Tone FZ-1, followed soon after, but the product was a commercial failure, until Keith Richards came up with one of the definitive fuzz riffs on the legendary Stones hit Satisfaction, released in 1965.

The Beatles, Frank Zappa, The Ventures and a handful of garage-band guitarists had already experimented with fuzz, but after the initial 1962 production run of 5,000 units, Gibson shipped only three pedals in 1963 – and none in 1964.

After Satisfaction, everybody wanted to know how to get that tone, and soon Maestro sales were in the tens of thousands. Even so, interest in fuzz had been building on the London studio scene for a few years and many of the most iconic fuzz designs would subsequently be developed in the UK.

A 1962 Ventures track called The 2000 Pound Bee featured a custom-made fuzz, and so impressed a young Jimmy Page that he asked an electronics engineer called Roger Mayer to make him a fuzzbox with more sustain and smoother decay. This was in 1964, and Mayer claims also to have made fuzzboxes for Jeff Beck and Big Jim Sullivan around that time.

Mayer’s upgrade on the raspy and percussive Maestro set a new standard for fuzz tone, and in the fuzz frenzy that followed everybody wanted some of the action. Rather than get into circuit specifics, it’s probably more illuminating to associate various players and their landmark recordings with the fuzzboxes they used.

Gary Hurst had already built some custom fuzzboxes, and teamed up with the Macari brothers to design the Sola Sound Tone Bender. The Mk1 featured on Rubber Soul by The Beatles, as well as Heart Full Of Soul by The Yardbirds, featuring Jeff Beck. But the sound is most commonly associated with Mick Ronson, who used an Mk1 throughout his Bowie years.

Some players prefer the Mk11 and Mk111 versions, with most of the Mk111s carrying the Vox label. The Tone Bender was a hugely influential design, and many of its competitors – including the Marshall Supa Fuzz and the JHS Zonk Machine – were virtual clones. Some things never change in the pedal world.

The Dallas Arbiter Fuzz Face has an equally important place in the fuzz pantheon. Based on a Schmitt trigger squaring circuit, the Fuzz Face was about as simple and cheap as a fuzzbox could be, but they were troublesome units. Good ones can sound sublime, as Eric Johnson and Stevie Ray Vaughan have demonstrated, but originals were wildly inconsistent.

Jimi Hendrix obviously thought so, because he asked Roger Mayer if he could sort out his Fuzz Faces. Mayer took a good-sounding example back to his workshop for analysis. His idea was to blueprint the circuit in order to make it stable and reliable, and before long Mayer had become Hendrix’s dedicated full-time tech. Many of the fuzzboxes Mayer later produced under his own name were based on the Fuzz Face circuits he’d modified for Hendrix.

Some people prefer the earlier Fuzz Faces with germanium transistors for their warmer and fatter sound. The brighter, more cutting sound of the later version, with BC108 silicon transistors, can be heard on The Dark Side Of The Moon by Pink Floyd.

Meanwhile, in America, Mosrite’s Fuzzrite was used on Iron Butterfly’s In-A-Gadda-Da-Vida, and is generally thought to be the fuzz tone on Sergio Leone’s spaghetti western soundtracks. Out in Japan, Shin-ei developed the Super Fuzz with its upper-octave effect. Pete Townsend used this huge and brutal-sounding fuzz pedal on The Who’s Live At Leeds album.

Fuzzboxes evolved as the 60s wore on, moving from crude and raspy sounds to smoother, fatter and more velvety tones. Perhaps the ultimate example of the latter-day fuzzbox is the Electro-Harmonix Big Muff, so beloved of J Mascis, Billy Corgan, Jack White and even David Gilmour, who used a Big Muff during the late 70s.

In the days before cascading, high-gain valve preamps, fuzzboxes were the only way to get serious sustain. As the nature of fuzz developed, the music featuring it morphed from the garage-band pop of the mid-60s into psychedelic blues, proto metal, prog rock, jazz fusion, shoegaze and alternative rock. Fuzz has never really been out of style.

These days, most of the classic models have been reissued and specialist makers such as Analogman and D*A*M build fastidiously accurate replicas of the original circuits. DIY pedal builders have also found that fuzz pedals are usually quite simple to build, and commercially made kits are readily available.

For those players who can’t choose between spluttery old-school sounds and creamy sustain, many of the modern boutique fuzzboxes have replaced preset components with controls on the exterior of the casing. Therefore, these days, there’s no need to choose between one type of fuzz or another, because you can have every variety of the effect in the same enclosure.

Whether you want old-school square waves or the stuttering, spluttering and oscillating aural assault of modern fuzzboxes, it’s good to know there are plenty to choose from. Here are four of our favourites. 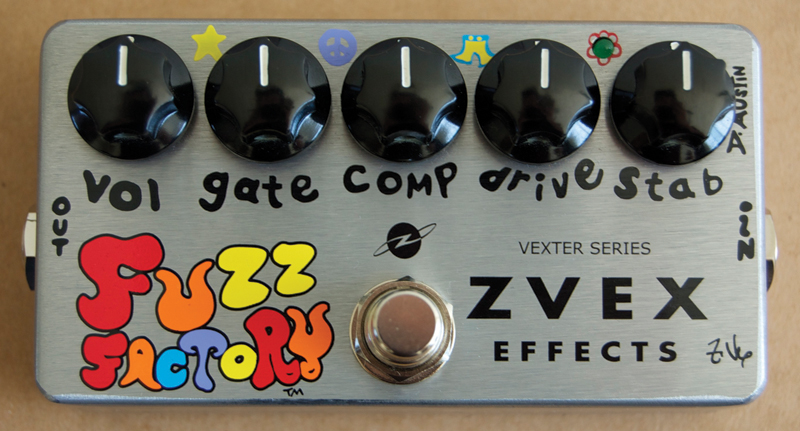 Muse’s Matt Bellamy has this five-knob fuzz built into his guitars. Although it features two NOS germanium transistors, the circuit is not modelled on any classic fuzz. Controls include vol, gate, comp, drive and stab. 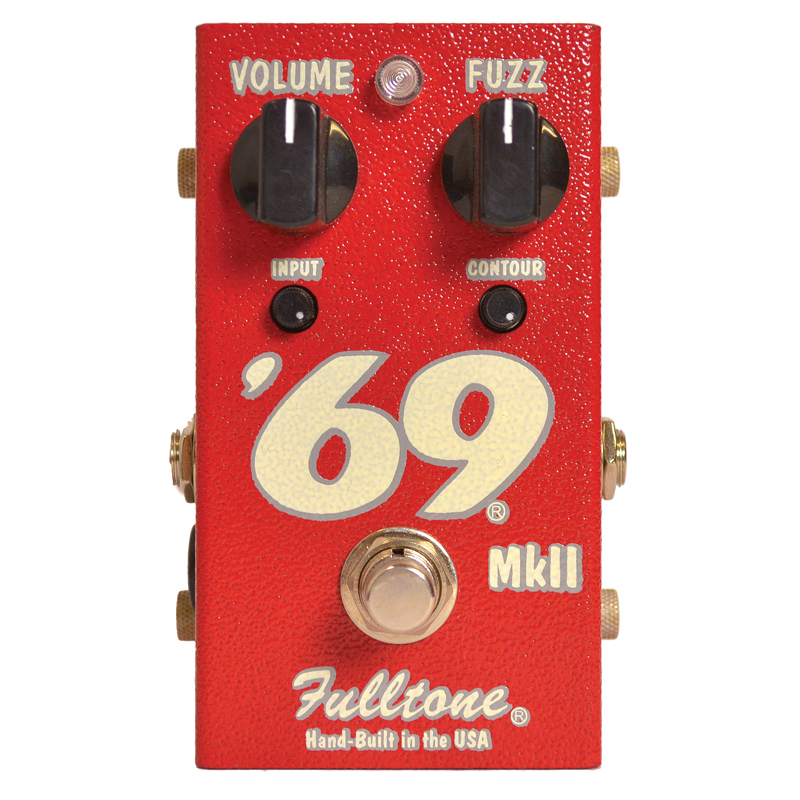 A popular Fuzz Face replica that adds a range of features to the stock germanium transistor circuit. These include a variable input level control and contour, which adds midrange gain. An internal trimmer sets the bias of the transistors to fine-tune the sound. The new Dunlop Fuzz Face Mini pedals are more affordable; visit www.jimdunlop.com to find out more. 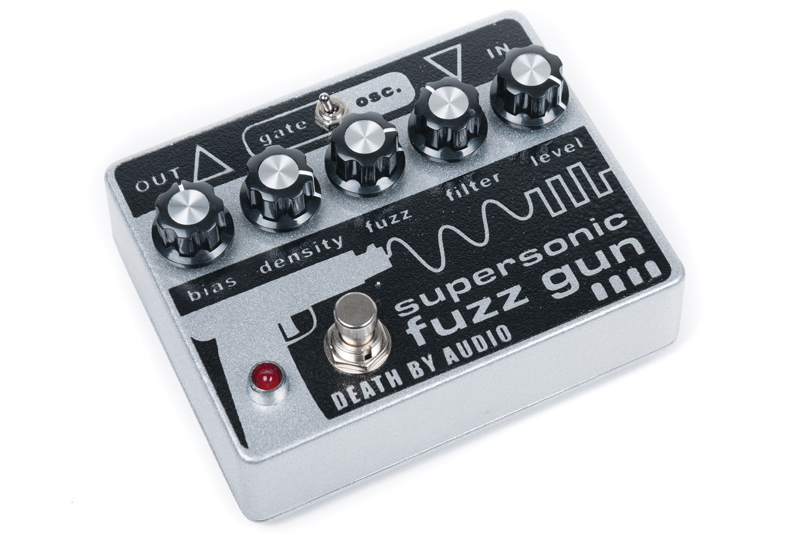 A new-school pedal, the Supersonic Fuzz Gun was created to produce an immense range of extreme, yet also usable fuzz sounds, ranging from extremely harsh and `dirty’ tones to all-out white noise, feedback and self-oscillation, alongside warm traditional fuzz. Controls include bias, density, filter, level and a gate/oscillation switch. 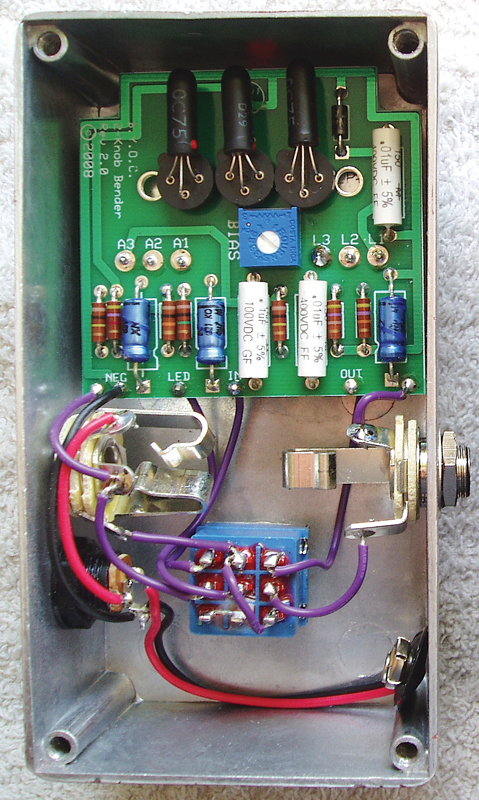 There are plenty of Mk11 Tone Bender clones on the market, but this one stands out from the crowd because you can build it yourself. We actually put one of these together a few years back, and it sounded absolutely fantastic. The kit features selected NOS Philips OC76 germanium transistors and carbon comp resistors. There’s even a bias trim pot to fine-tune your tone.