All About… Seth Lover

The PAF is one of the all-time great guitar pickups, but the Gibson employee responsible for it also designed legendary amplifiers, the Maestro fuzz pedal and much more. We profile the pickup guru’s pickup guru, Seth Lover. 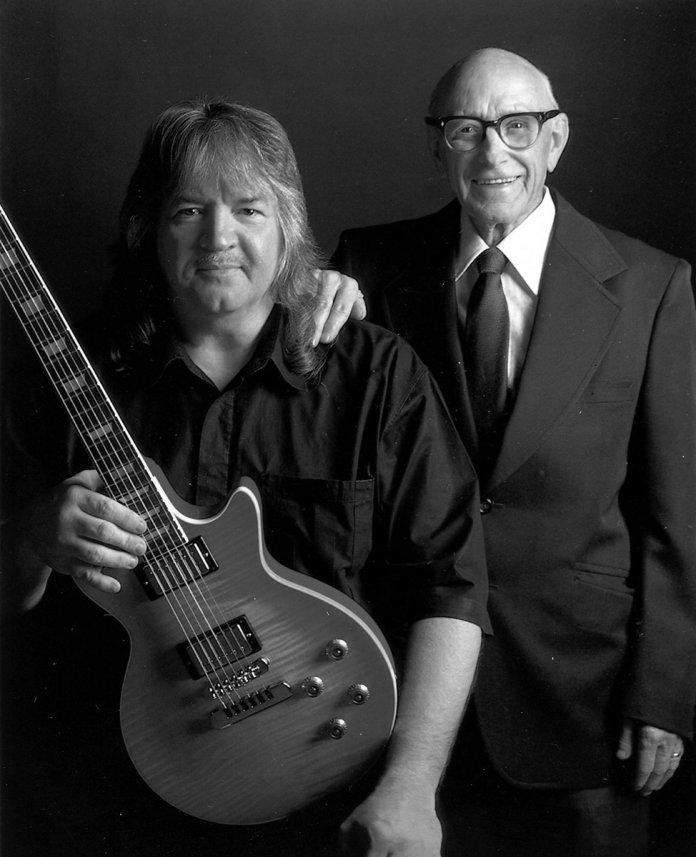 When you begin researching the development of early microphones and audio electronics, it becomes apparent that much of the pioneering work was done for the telephone and radio industries rather than for recording studios and musicians. Newspapers and magazines would print schematics for electronics enthusiasts, who would then build radios and so forth at home. Many gained a good grounding in practical electronics, went on to study the subject in greater depth, and later discovered that the general principles could be applied elsewhere.

This was certainly the path followed by the legendary Seth Lover. Seth grew up with his grandparents in Kalamazoo, Michigan, and showed an early aptitude for electronics. Encouraged by one of his teachers, he even built his own valve radio when he was barely a teenager. Lover’s grandparents died before his 20th birthday, and after a succession of jobs, he joined Battery C of the 16th Field Artillery, Grey Horse Battery of the US Army.

There, he gained more electronics experience and when he left the army, he signed up for a radio-electronics course. By the early 1930s, he was running a radio repair shop in Kalamazoo. One of his customers was an orchestra leader called Eddy Smith, who asked Seth to build some amplifiers so that quieter instruments, including the guitar, could be heard over the piano and drums.

Given his location, it didn’t take long for Seth to become involved with the town’s most prominent resident, Gibson. His first involvement came in 1941, when engineer Walt Fuller gave him a full-time job. At the time, Gibson was buying in amps such as the EH-125, 150 and 185 from a company based in Chicago and Seth’s job was to plug in the valves, test the amps and troubleshoot the faulty ones before Gibson shipped them out to dealers.

The Gibson gig didn’t last long, because Seth rejoined the army for World War II. There, he received more electronics training and he spent most of the war teaching electronics, until he was transferred to the US Navy. After the war, he returned to Gibson for a couple of years. He began working on amplifiers there, eventually designing the GA-50 model and an optical tremolo that eliminated the ‘phutting’ noise typical of trem circuits during that era. Seth was tempted back into the Navy by an offer of $5,000 per annum – $2,000 more than Gibson was paying him – but Gibson carried on making his tremolo.

Eventually, Gibson president Ted McCarty asked Seth to design a special pickup to keep Les Paul happy. The Alnico V unit became known as the ‘Staple’ pickup and was used in the flagship Les Paul Custom and some of Gibson’s top jazz models. It was enough to convince Gibson that they could match his Navy salary and in 1952, Seth was back on board at Kalamazoo.

By the early 50s, the novelty of electric instruments had passed and guitarists were complaining about single-coil pickup hum. There appears to have been a widespread awareness of the problem and Seth told Tony Bacon that although Ted McCarty had requested a new pickup, the ‘humbucking’ idea was something he came up with independently of McCarty and Walt Fuller, who had designed the P-90 and was now Gibson’s chief engineer.

Seth’s idea came from a humbucking choke that he had used in the GA-90 amplifier he’d designed in the early 50s. He had adapted a well-known electronic-engineering principle to eliminate hum ‘pick up’ from the power transformer; and Seth figured that a pickup made with two coils would eliminate hum in the same way.

He had a working model by 1955, with an undrilled cover and flat slugs, but Seth was persuaded to incorporate adjustable pole pieces on one coil simply to give Gibson’s sales guys something more to talk about. Seth later maintained they were technically unnecessary, and that he configured them with the neck slugs facing the fingerboard and the bridge slugs facing the bridge purely for decorative reasons.

The pickup in question became known as the ‘PAF’, and those produced between 1957 and 1961 are the most valuable and sought-after pickups on the vintage market. They’re also the most mythologised and copied – largely unsuccessfully – and they changed the sound of guitar music forever.

Seth also designed various offshoots of the PAF, including a downsized PAF called the mini-humbucker and a version with offset, three-per-side, adjustable polepieces for Epiphone guitars called the P-19. Like the P-90’s predecessor, the P-13, Gibson sold P-19 mini humbuckers to other manufacturers and they can be found on Silvertone guitars. Seth admitted they weren’t as loud and sounded a bit trebly, but that they “did the job”. 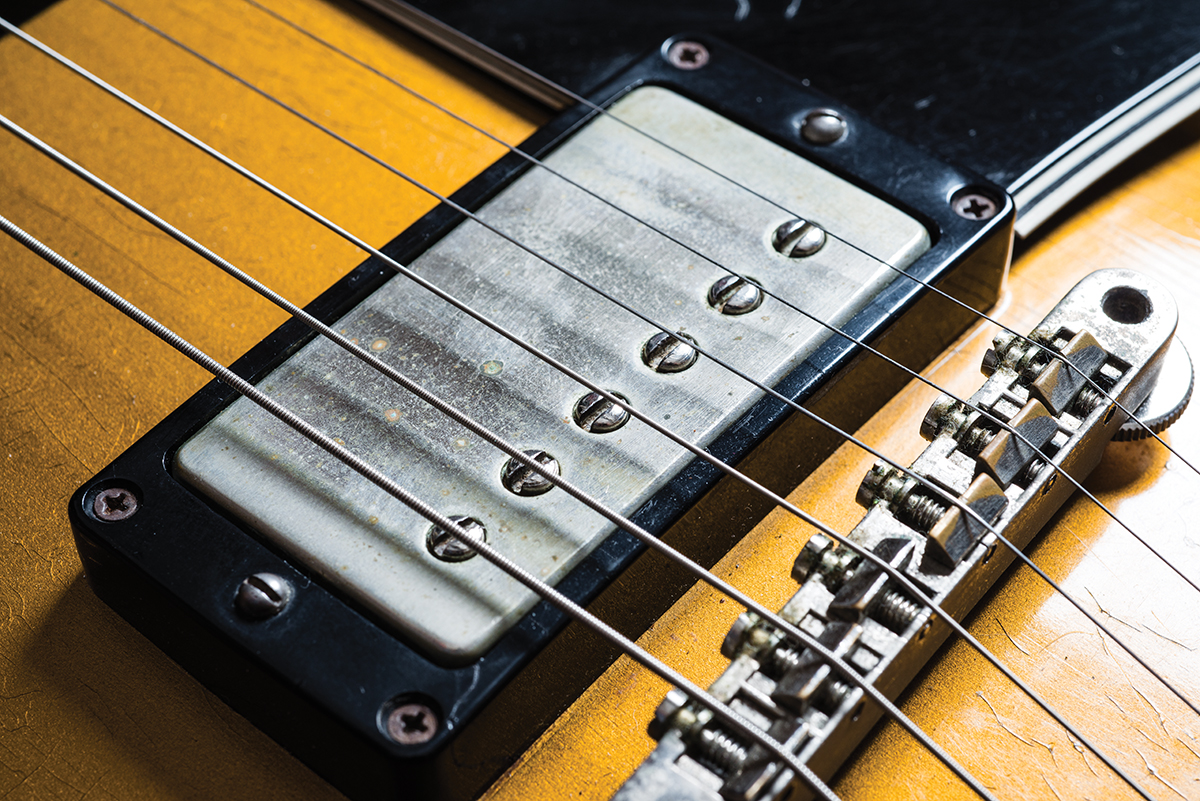 Although he would frequently joke about it in interviews, it does appear that Seth never felt Gibson paid him what he was worth. As if creating the PAF wasn’t enough, Seth played a major part in designing most Gibson amps from 1952 until 1967, he devised the Maestro Fuzz-Tone and designed a bunch of lesser-known pickups and gadgets for basses and steel guitars. Seth even claimed to have come up with the initial ideas for the Flying V and Explorer, but no doubt Ted McCarty would have disputed that.

In 1967, a call came from his friend Dick Evans. He had worked for Gibson, but by that time, Evans was chief engineer at the company’s main rival, Fender. Seth flew out for talks and was offered a job at $12,000 per year – which was $3,000 more than he was getting at Gibson. Seth took the job and moved to California with his wife, Lavone. Naturally, he met Leo Fender but, as he told Tony Bacon: “He never did talk to me too much. We never got along too well – he never came over to visit, or anything like that”.

Perhaps Leo viewed the Gibson man as an interloper, or regarded him as unwanted competition. He would also have been aware that the CBS guys wanted Seth to make them a humbucker that sounded like Gibson’s, and it seems unlikely Leo would have approved. On that, he and Seth were in agreement. Seth felt that Fender guitars were all about brighter sounds, so he set about designing a new humbucking pickup that would retain much of the Fender tone.

The high cost of alnico magnets had prompted him to investigate alternative magnets and although he had used ceramic, this time Seth chose cunife – an alloy of copper, nickel and iron. The main reason for this was that the new design didn’t have a magnet under the coils, so the pole pieces had to be permanent magnets – just like the slugs in classic Fender single coils. Since cunife can be threaded, it was possible to make PAF-style screws out of it.

Seth revisited the offset screw arrangement of the Epiphone P-19 mini humbucker, but this time, the pickup ended up with an even bigger footprint than a regular PAF. Known as the Wide Range humbucking pickup, Fender’s new design found its way onto models such as the Starcaster, Telecaster Deluxe, Telecaster Thinline and Telecaster Custom.

It was a great start – but thereafter, Seth’s impact at Fender appears to have been fairly minimal. He revisited the effects thing, creating a ‘special effects’ guitar with onboard frequency doubler, auto-wah and fuzztone, but it never went into production. It seems he also spent some time trying to troubleshoot Fender’s foray into solid-state amplifiers. Seth identified mechanical failings, as well as substandard connections due to poor soldering-iron maintenance, as the causes behind the amp’s unreliability. He reported this to management, but nobody was listening. In 1975, Seth reached retirement age and he was obliged to leave Fender.

Seth’s retirement didn’t last long, and he soon teamed up with Seymour Duncan. Duncan had been around long enough to realise that the 1970s hot-humbucker craze would eventually pass and that there was something very special about the original PAFs. He wanted to know how to make them properly. Thanks to the internet, many of us can now reel off a list of the parts, materials and manufacturing quirks that characterise vintage PAFs, but that wasn’t a possibility for Duncan. However, with the PAF inventor himself living just three hours’ drive away, Duncan had a much better option open to him.

Seth and Seymour Duncan embarked on a working relationship that would last almost 20 years. During that time, the pair created the Seth Lover humbucker model, every one of which is reputedly wound on Seth’s personal Leesona coil-winding machine. The Seth Lover Model is also the basis for Duncan’s excellent Antiquity PAF and Duncan came to refer to Seth as his “humbucker mentor”.

It may have come in his 80s, but thanks to Seymour Duncan adverts, interviews and trade-show appearances, Seth finally got the recognition he deserved. He died in 1997 after a short illness, survived by his wife, two sons and three grandchildren.