How to find the right PR for you and your music

Finding a good PR and forging a relationship with them is paramount to building a successful campaign for the release of your next album. Here’s how to do it. 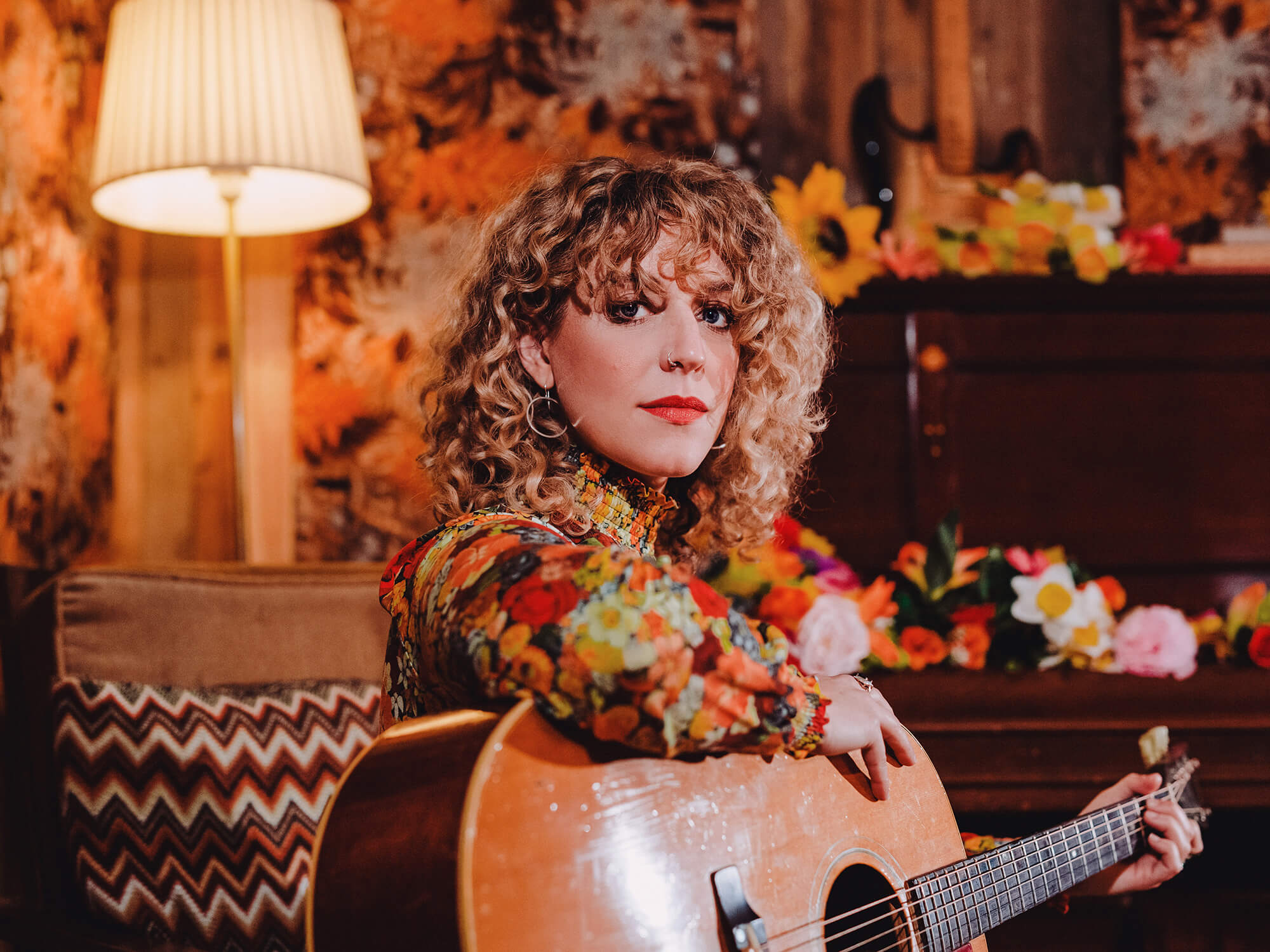 As the global music industry gears up for what we hope will be a post-pandemic world, artists and bands blighted by lockdowns and the closure of live venues are re-emerging with renewed zeal to launch their music into the marketplace.

As ever, media coverage is key to getting noticed amid a sea of new releases. This is why most musicians serious about their careers will at some point hire an expert in public relations, known variously as a PR, press officer or publicist, to help secure media coverage.

Essentially, the role of a PR or PR agency is to build an artist or band’s media profile, bringing them to the attention of relevant editors, journalists and broadcasters for worthwhile coverage. Good PRs are gold dust to those committed to building a career in music. But finding the right one for you and your music requires careful thought and planning.

In the early stages of their career, most self-releasing artists will try to handle their own PR, out of financial necessity and as part of their overall DIY approach. But it takes a lot of time and effort.

“Every band has to do DIY at the beginning,” says Ryan Lewis, bassist with Liverpool band The Hummingbirds. “That includes press… I think they all find out very quickly that it’s not as easy as it looks.”

The Hummingbirds built a fervent following with their indie-skiffle songs and close harmonies but the Merseybeat band split up when they were on the verge of breaking through in 2017. They recently reformed and re-hired Sacha Taylor-Cox of Hush PR, who they say was fundamental to building their media presence the first time round. But the band found that handing over control was not easy.

“We struggled to let go of it,” says Lewis. “Because of the whole DIY thing we just didn’t want to give anyone anything. We thought, ‘They’re going to mess it up,’ or, ‘They don’t care about it as much as us’. But Sacha was the saviour to be honest. You need someone who knows people who can actually help get you to the next level. It’s like giving your baby to a babysitter, you know?”

Taylor-Cox started out doing PR for indie and electronic bands but now works primarily with heritage artists from the 1960s, 70s, 80s and 90s. She also takes on the occasional new band, such as The Hummingbirds. Taylor-Cox accepts that artists can achieve results themselves. But ultimately they will benefit from finding the right PR for them and their music.

“There’s always a presumption that PRs just make a few phone calls,” she says. “But it’s such a massive job. It’s so time-consuming that people don’t necessarily have the time to do it themselves, and do it well. If you want a good campaign with good coverage that’s reaching all the people you need to reach, it’s a full-time thing.”

Having the endorsement of a third-party PR “reaching out on your behalf” will also help when approaching journalists, she says.

The biggest thing that puts self-releasing artists off hiring a PR is the cost. There’s a common assumption that press officers are beyond the budget. But numerous highly respected PR agencies are just one-person operations with heaps of experience, who will negotiate their fee for artists who are self-releasing and self-financing. Prices for three-month PR campaigns for album releases can start from as little as £1,000.

“I am always told that I always undersell myself completely because I will always tailor the fee to what I think is fair,” says Taylor-Cox. “Not necessarily fair on my time but fair in terms of what I think the return on the investment will be. And what those artists can afford.”

When it comes to selecting the right PR for you and your music, it pays to do your research. Most PRs will generally only work on a campaign for albums, not singles. PR campaigns need a long lead time too – at least three months ahead of the proposed release date – to enable reviews and features editors who may be interested in your release to plan ahead for future issues and publishing dates. A smart place to start is to research who represents the artists you respect or those that occupy a similar genre to you.

“Research the roster of the PRs you are considering to see if the artists they represent resonate with your own work,” says Claire Horton, a respected PR who specialises in Americana, country, folk and blues, and who has worked with artists such as Joan Baez, James Taylor, Gillian Welch and David Rawlings, and Willie Nelson. “Look at recent press campaigns and investigate which PRs handled the campaigns you liked or felt delivered press you would like to target. Ask music industry friends and contacts for recommendations. Most PRs will be happy to answer any questions you have. Make sure you understand what the PR will and won’t cover, what areas they specialise in, and how long the campaign will last.”

Horton says that an artist should look for a PR with relevant experience, good press contacts and a strong reputation. A passion for the artist and the music is important, she says. “Genuine enthusiasm shines through and if your music falls within a specific genre, ensure the PR has a track record in that area. Try and find someone who understands your work and what you are trying to achieve.”

Lancaster-based rock band Massive Wagons started out doing their own PR before hiring PR agency Duff Press to handle the promotion on their fourth album, Full Nelson, in 2018. The partnership is still going strong.

Massive Wagons frontman Barry Mills advises those looking for a PR to talk to bands within their scene and friends in bands who have used PR companies, to find out what they got from it and how much it cost, and “make sure they are talking your language”. Hiring a PR is like buying anything, he continues, so make sure it’s right for you.

Finding a PR that you bond with and trust is also key. For Mills, that was Valeria Laghezza at Duff PR. “Valeria in particular, I think she got what we were about. She came to shows and showed a real interest in what we were doing and where we were trying to get to. This to me was exactly what we wanted from a PR agency, [being] dealt with on a personal level, with a tailored campaign. We ended up in a couple of national papers, some specialist features came in, guitar mags, etc, and at this time Classic Rock magazine got on board, which in the rock scene is a huge deal.”

When it comes to choosing a PR, honesty is a key attribute to look for. Lauren Housley, a Yorkshire singer-songwriter who won the Bob Harris Emerging Artist Award at the 2022 UK Americana Awards, cites it as a prime factor when selecting Claire Horton as her PR of choice.

“One thing that is really great about Claire is that I believe she is totally honest and genuine. Some PR companies would just take your money without a second thought to the style of music you play. Claire has a passion for the world that we work in and I value her opinion one hundred per cent.”

Housley also cites Horton’s reputation and “the fact that she is a super-nice and dedicated person”. Like Mills, Housley advises any artist seriously thinking about hiring a PR to talk to them first. “We arranged a meeting, which I travelled to London for, and we chatted about my career as an artist and how we could push forward this album.”

Any musician assessing what a PR can offer should conversely ask themselves what they can offer a PR. Before taking on an artist, PRs need to be sure that they have all their assets available, such as high-quality photos. They will also want to ensure that the artist is hardworking, and determined to work with the PR to build a successful campaign.

“The worst thing for a PR is to set up loads of stuff to promote a tour, for example, and then the artists or their management don’t get back to you,” says Taylor-Cox. “Or setting up press days and you’ve got journalists who’ve agreed to do something chasing you and hounding you for time with the artist. I find that a really awkward and embarrassing situation to be in because I like to set things up very quickly and get stuff done and respond to people.”

In the not too distant past, well-placed features in high-profile national publications could be breakthrough moments for bands. Not anymore. These days, the PR campaign is just one of many interlinking elements.

“A PR campaign in its own right will achieve nothing for you other than boosting some of your social media stats,” says Taylor-Cox. “It’s now very much a case of being a cog in the wheel. You’ve got to have all your elements in your campaign firing and all happening at the same time as your PR campaign. Your social media activity needs to be very prolific. You need to have your deals in place with your digital partners so that when you’ve got a release coming out it’s going out on all the platforms. It needs to be shared on playlists. You’ve got to have some live presence, and you’ve got to have that live presence happening around the time of your releases.”

Finding the right PR for you and your music will take time, so don’t rush into it. Do your research, get recommendations, find out who your contemporaries use and, if and when you do find a PR who might suit your needs, make sure they have an understanding of your music and which media outlets they would target on your behalf. You may be impatient and keen to get your music out there but take your time before hiring anyone. It will pay off in the long run.

As Baz Mills of Massive Wagons says, you’ve already invested so much time and energy creating your music. So don’t throw that down the drain by hiring someone who is wholly unsuited to your needs.

“Okay, people say the music biz is full of sharks and yeah it absolutely is,” says Mills, “but in my experience the scene is also full of great people. So speak to the people you trust and don’t rush to waste your money. Albums take a long time to write and get out, don’t let that two-year or whatever process fall flat at the final hurdle.”

It’s a view echoed by Lauren Housley, who reiterates the importance of talking to a potential PR before making a decision. “If it’s your first time approaching PR, I would advise calling them – it may have been one of the best decisions I ever made. My first PR person got to know me on that call and was then waiting for the music I was sending through. Make sure you are clear about your strategy for your release before meeting with PR. Oh, and have some great music to play them!”