All about… Power Valves

Following last month’s focus on preamp valves, this issue the spotlight falls on the power valve – a major part of the sonic signature of any guitar amp. 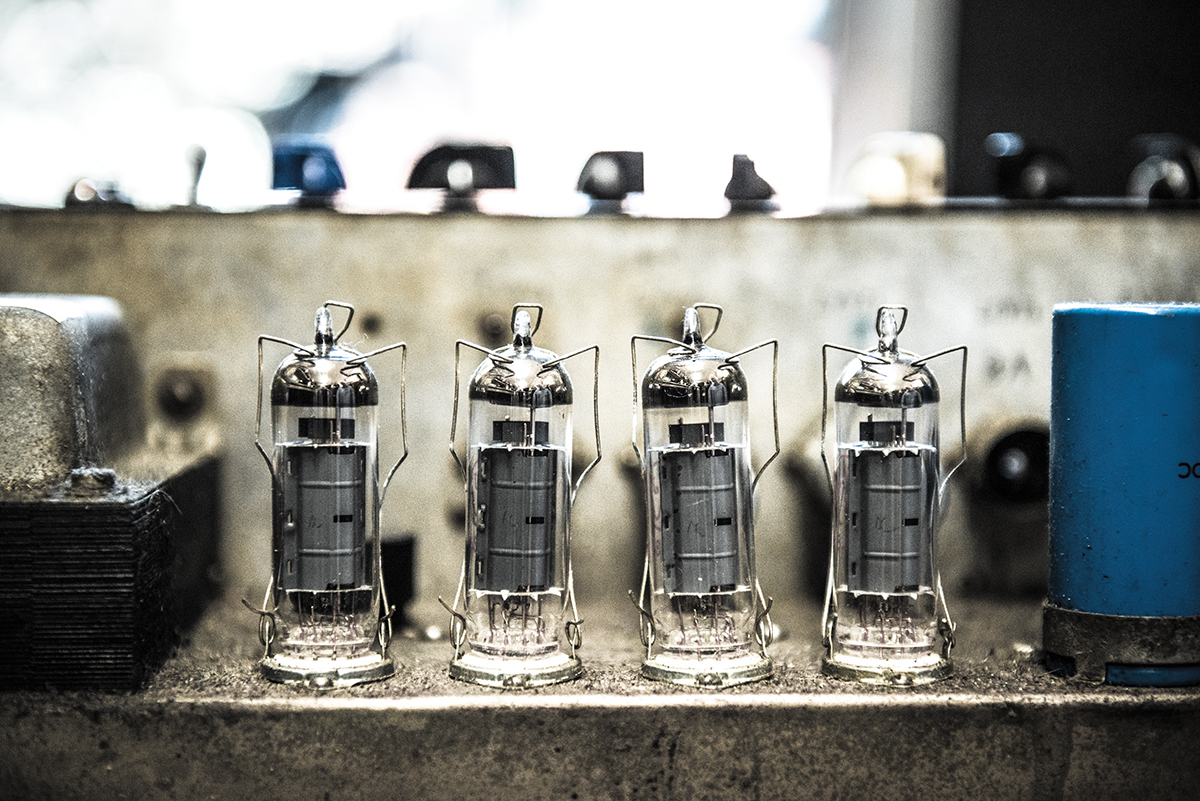 There are many misconceptions about power valves, and most stem from over-emphasising the sonic characteristics of the common types. Putting a pair of EL34s into a Twin Reverb will not guarantee you a classic British rock tone any more than installing 6L6s in a Hiwatt will make it countrified.

Granted, all the classic guitar amp power valves have sonic flavours, but the parameters are wide. To understand how power valves will sound, you need to consider the way they operate within an amp circuit, the design of the power supply and preamp, and the speakers and cabinet.

The classic blues and rock tones of the 60s were made with non-master volume amps, so the overdrive came from the preamp and power valves. This is the fat, touch-sensitive creamy tone many players love, but often there’s not enough gain, punch or low-end tightness for modern rock styles.

Power valves that overdrive and compress nicely may sound good in retro-style amps, but aren’t necessarily the best option in high-gain amps, where the ability to stay clean and deliver power are more valued attributes.

High-gain amps are designed to generate large amounts of gain in the preamp, and the power amp tends to run clean to maintain the tight and solid bass and fast transient response needed for more aggressive musical genres. If you can discern differences between power valves in these amps, they are more likely to be dynamic rather than sonic. Under normal playing conditions, it’s unlikely you’ll be able to push the master volume high enough for the characteristics to manifest.

Most valves work well in both classic and modern circuits, but much depends on the way they’re arranged and biased. This month, we’ll give a broad overview of the various types of power valve used in guitar amps and the different sonic characteristics of the combinations and biasing methods.

Various types of power valves are found in guitar amplifiers. We covered the workings of triodes, tetrodes and pentodes in last month’s feature on preamp valves, and power valves operate on the same principles.

The earliest power valves used in audio amplifiers were triodes, and they are still highly regarded amongst hi-fi enthusiasts. However, power is very limited. Consequently, guitar amps with triode power valves are virtually non-existent, but many feature pentode/triode switching to reduce power.

Sometimes, this type of power switch is labeled full/half, but it’s probably doing the same thing by effectively removing the pentode’s screen and suppressor grids from the circuit and making the valve less efficient.

Have you ever wondered why you can’t simply pull the EL34s out of your Marshall and drop in KT66s to get a ‘Bluesbreaker’ tone? It’s because the KT66 is a beam tetrode – just like the 5881, 6L6 and 6V6 valves traditionally used in Fender amps. Jim Marshall probably chose the KT66 because it was cheaper and more readily available in the UK.

The EL34 is a pentode power valve, and its output impedance differs from the KT66’s. Therefore, an output transformer optimised for EL34s will be a mismatch for KT66s. If you want to convert your Marshall to run on KT66s, you’ll have to replace the output transformer, too, and reset the bias. The EL84 is like a baby brother to the EL34, and it’s a pentode with a smaller nine-pin base.

Replacing 6L6s with KT66s can be accomplished without swapping the output transformer, but KT66s draw more current, so you have to ensure your power transformer can cope with the demand. A rebias will still be required. KT66s also put out less power, so Eric’s Marshall JTM45 combo was probably producing 30 watts rather than the 45 to 50 of a tweed Bassman.

The KT88 and 6550 are other examples of beam tetrodes found commonly in guitar and bass amps. Both have featured in various high-power Marshall, Hiwatt, Orange, Mesa and Ampeg amplifiers. The KT88 and 6550 are essentially beefed up versions of the KT66 and 6L6 and have been used with great success in bass amps and high-gain guitar amps. 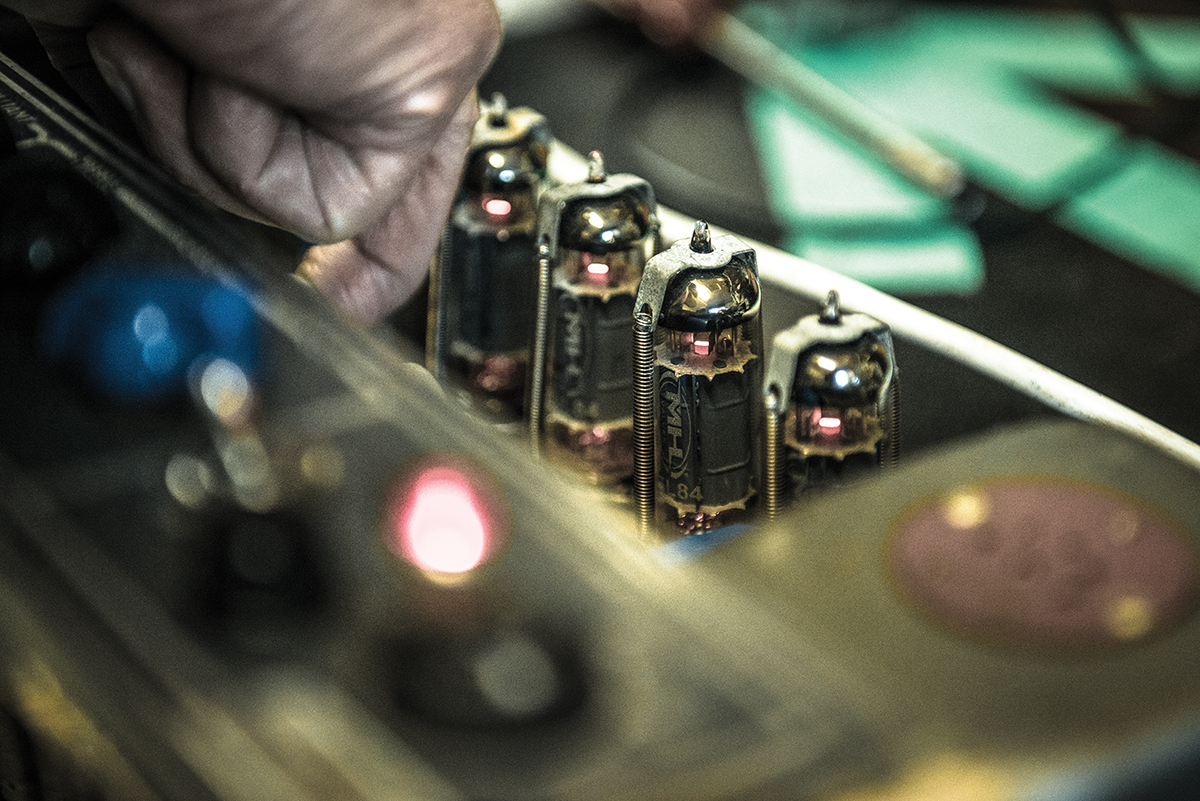 The simplest way to configure the power stage of a valve amp is to use just one power valve. This is known as ‘single-ended’ operation and the power valve amplifies both the positive and negative phases of the audio waveform. Examples include the Vox AC4 and the Fender Champ, which are low-powered amps. The Carr Mercury is the best of all the modern single-ended amps we’ve tried.

Single-ended operation isn’t particularly efficient, so some single-ended amps, such as the Gibson GA-8, were configured with two power valves working in parallel for higher output. It’s known as ‘parallel single ended’. The inefficiency, coupled with a tendency to produce ear-friendly even-order harmonic overtones when clipping, makes single-ended amps popular for practising and recording.

The vast majority of amps work in push-pull – meaning that one valve amplifies the positive side of the cycle and the other amplifies the negative. For more power, the amp can have four, six or even eight power valves working together, so long as there are an even number of valves working on each side of the audio signal. This is ‘parallel push-pull’.
In single-ended amps, the power valve is working all the time but in push-pull, power valves can potentially take a breather when they’re not needed. Sharing the workload means push-pull amps are more efficient and powerful with less harmonic distortion.

Typically, power amp operating conditions are referred to as Class A and AB. These designations are descriptive rather than qualitative, so Class A is different rather than superior to Class AB.

Remember I mentioned how power valves can ‘rest’ for portions of the audio cycle? Basically, that’s class AB and it’s a relatively efficient set-up that makes amps sound louder, firmer and punchier. Higher-power Fenders, Marshalls, Hiwatts and Mesa/Boogies all work in Class AB.

In Class A, the power valves never shut down, so they’re all working continually. All single-ended amps operate in Class A, as do many of the lower-power tweed classics such as the Deluxe models. Contrary to popular belief, the Vox AC15 and AC30 are not Class A amps.
This less efficient configuration generates more heat and produces a creamier and softer overdrive with more harmonic complexity.

Ultimately, it’s not a binary thing. Amp designers manipulate DC supply voltage and bias to determine where on the A–AB spectrum an amplifier operates.

Two methods of biasing power valves are used commonly – fixed and cathode bias. It’s a complex subject, but fixed bias tends to be used in higher-power amps or when clean headroom is a priority. You’ll find it in Fenders over 20 watts, Marshalls and most high-gain amps.

A negative voltage from a power transformer is ‘half wave rectified’ by a diode and connected to the power valve grids via bias and grid resistors. The bias is adjusted by altering resistor values, or by using a bias potentiometer. 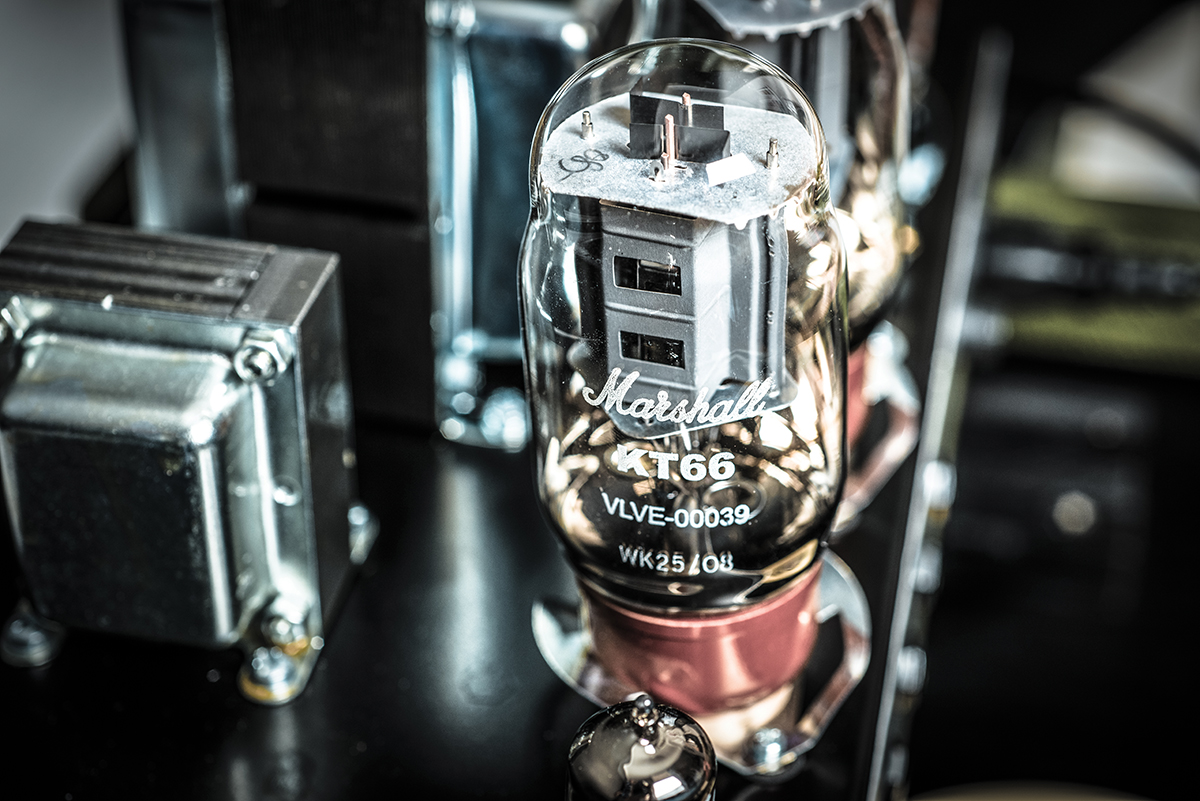 Cathode biasing is simpler because it is, to an extent, self-adjusting. Just like the preamp valves, the power valve cathodes are connected together and then connected to ground via a bias resistor and a capacitor wired in parallel. If you buy a new set of power valves for a cathode-biased amp you can simply replace the old ones and you’re good to go.

However, with fixed-bias amps you will need to check and adjust the bias with the new valves installed to ensure they’re working within the recommended parameters. This is why straight swapping ‘tone tests’ with fixed-bias amps produce spurious results unless the amp bias is reset for each new set of power valves.

Both cathode-biased and fixed-bias amps can operate in Class A or AB. However, those biased in Class A (or thereabouts) are usually cathode biased. Therefore, Class A characteristics of harmonic richness and chime, soft low end and smooth distortion tend to be associated with cathode bias. Examples include tweed Deluxes, vintage Vox amps and modern classics from Matchless and Swart.

Fixed bias is invariably used for higher-power amps, where volume, punch and solidity are priorities. The tone tends to be more direct, less compressed, harmonically rich and touch dynamic. Fixed-bias Class AB amps also tend to have negative feedback, where a portion of the output signal is reintroduced to an earlier stage in the circuit. This further tightens the sound and dynamics, and prime examples are Marshalls, high-power tweeds, post-50s Fenders, and all of the usual high-gain suspects.

Simply telling you to buy EL34s for classic rock, 6550s for metal and 6V6s for blues would have been easy but misleading. Hopefully, this article has demonstrated that determining an amp’s bias point, bias method and negative feedback gives far more reliable tone indicators than numbers printed on a glass tube or the brand name on a box. Simple answers are lovely, but sometimes there aren’t any.