All About… Ray Butts

If Ray Butts was still around, he’d be the embodiment of boutique. Huw Price profiles a man ahead of his time… 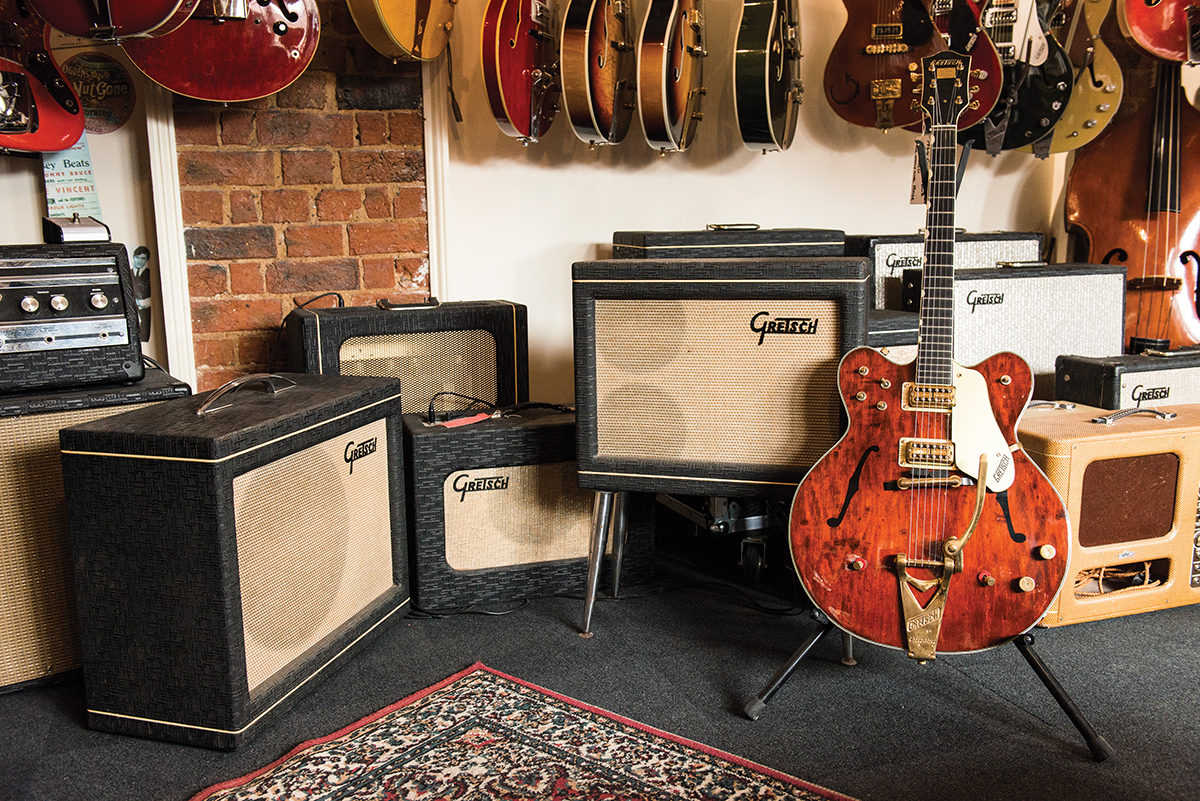 Ray Butts may not be a ‘name’ in every guitar household, but as an inventor and engineer working in the early days of electric guitar, his influence has been profound. Unlike Les Paul who, as Chet Atkins once wryly pointed out, “invented everything”, Ray’s significance rests on two things – his work as a custom amp builder and the invention of the humbucking guitar pickup.

Like Leo Fender, Ray wasn’t much of a guitar player, but at least he was a professional musician. He played accordion for a travelling tent show called the ‘Hillbilly Jamboree featuring the Colorado Cowhands’. There’s a great photo of Ray taken around that time when he was in his 20s. He’s pictured wearing a peaked cap and with a menacing pout, Ray somehow manages to look like a cross between Al Capone, Fatty Arbuckle and Marlon Brando in The Wild One.

Eventually Ray reached Nashville, Tennessee, where his band got a radio gig playing on The Morning Show for WSM. Later he went back to Calumet City, Illinois, but after his father’s heart attack, he returned home to Cairo, Illinois and Ray’s playing career was over. However, his real career was about to begin.

Ray’s interest in electronics first led to him building a crystal radio at the age of eight, and his childhood nickname was the not at all understated ‘genius’. In Cairo, he began working as a warranty repair man, servicing domestic appliances and radios, but Ray soon found a way to combine his engineering expertise with his interest in music. In 1951 he opened a music shop called Ray Butts Music, with his wife Ann on the sales desk and Ray out back building stuff and doing the repairs.

Ray and Ann might have lived out a contented existence running one of many thousands of ‘mom and pop’ music stores that could be found all over America. However, an unusual request from a guitarist called Bill Gwaltney took Ray’s life in an exciting new direction.
Ray and Bill had been close friends since playing in a band together and even released a few 78s. Bill also worked as a salesman and delivery guy at Ray’s shop, but he was a huge Les Paul fan and he wanted to be able to mimic Les’ echo effects while playing live and he asked Ray to build him a guitar amp with built-in echo.

In a 1994 interview with Dave Kyle for Vintage Guitar, Ray recalls, “I had an old Gibson with two 6V6s, probably about 15 watts and experimented first with a wire recorder. The only problem that thing had was the wire had to be tied together in a loop and when the knot would go across the head, it made a click, click, click. I searched all over trying to find a continuous loop, with no luck and then got the idea to use a tape unit”.

In a 2011 interview with MNJ, Bill recounts that Ray, “Was that good and I knew he could do it. I admire him for all the time and patience he did to get this thing going for me. I’ll never forget when he called me to play on the first old wire job that popped when the wire passed the playback head. He perfected the tape job about a year later”.

Ray had built his first Echosonic amplifier with an integral tape echo installed in the base of the cabinet. This was revolutionary stuff for the early 1950s when you consider that custom guitar amps were unheard of and the first amps with reverb wouldn’t appear until 1961.

Such was the ingenuity of Ray’s tape echo design that Mike Battle and Don Dixon basically copied it to create the Maestro Echoplex in 1959. To gauge the significance of the Echoplex, just Google a list of guitarists who used one. All Ray all got in return from the Echoplex manufacturers was a ‘nominal payment’.

Meanwhile Ray had built a second Echosonic and with a $495 amp to sell, he hit the road, wound up in Nashville and looked Chet Atkins’ number up in the phone directory. Chet tried the amp and used it the following night for a show at the Grand Ole Opry – having handed Ray $395 and a tweed Fender amp in part exchange.

This was a great boost for Ray, who went on to sell another five amps before Elvis guitarist Scotty Moore bought number eight on 24 May 1955. It replaced Scotty’s TV Deluxe and can be heard on the songs I Forgot To Remember To Forget, Mystery Train and When It Rains It Really Pours. Equipped with his Echosonic, Scotty could replicate Sam Phillips’ slapback echo effect when playing live. He used it up until 1968, usually with a pair of 50-watt satellite amplifiers Ray made him to bump up the volume.

With such high-profile endorsers, Ray struggled to keep up with demand and would only ever build 68 Echosonics. Eventually he licensed Rickenbacker to manufacture a production version that became known as the Eko-Sound. Given his role as bespoke amp builder to the stars, you could describe Ray as the Howard Dumble of the 1950s – albeit minus the self-mythologising and combative approach to customer relations. But that’s only half the story. 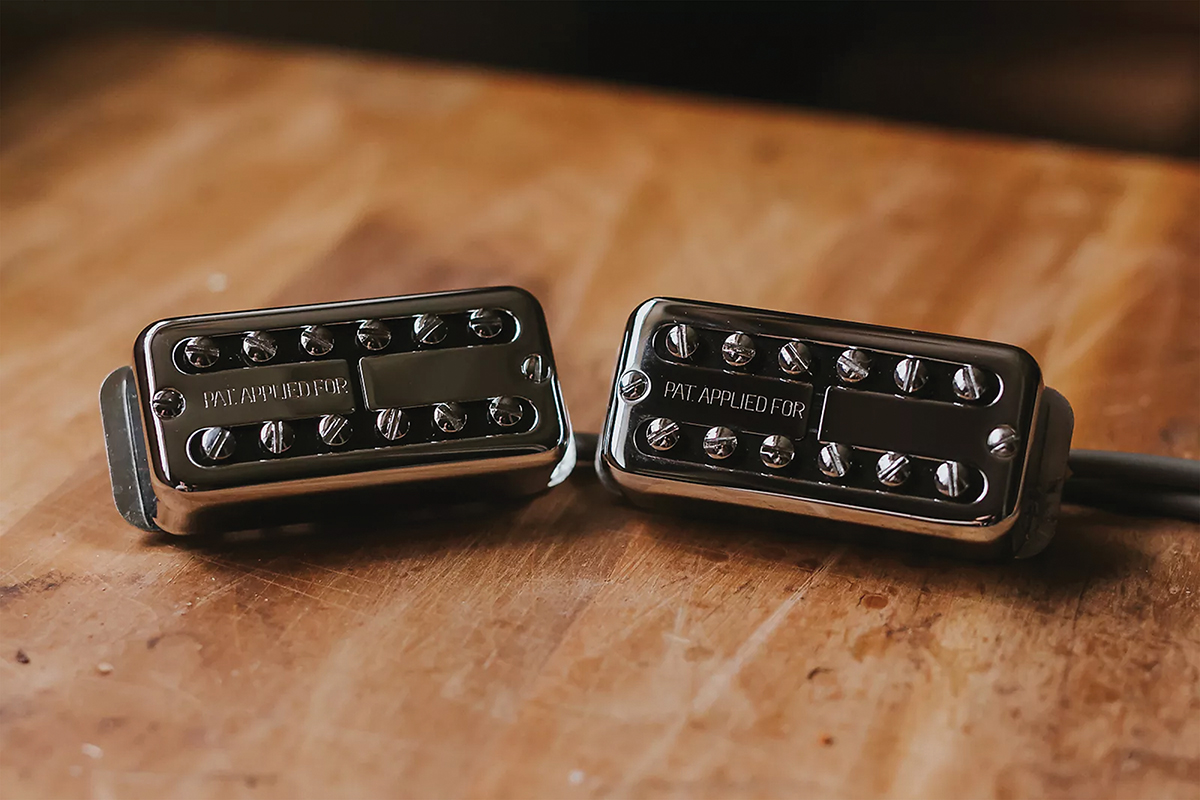 This bit may be contentious, but Ray Butts has a reasonable claim to be the inventor of the humbucking pickup. However, Seth Lover over at Gibson can make the same claim – so what gives? Well, in The Gretsch Book by Tony Bacon and Paul Day, it’s noted that both designs were actually introduced at the same Summer NAMM show in 1957, so it seems like a curious coincidence as opposed to anything nefarious.

There’s no doubt that noise was an issue in various fields of electronics at the time, and as a result, plenty of engineers would have been looking at ways to combat it. Electrovoice invented a hum-cancelling coil in 1934 and tape machine manufacturer Ampex had devised a method using a transformer-based hum-cancelling circuit for recording heads.

Ray is on record as saying that he was aware of Ampex’s work and realised the same principle could be applied to pickup design. In contrast, Seth Lover took his inspiration from a hum-reduction choke used in some Gibson amplifiers.

Chet Atkins was certainly happy with Ray’s Echosonic amp, and he soon enlisted him to help build a recording studio in Chet’s garage. Ray even began picking up sound engineering work with Sam Phillips. No doubt Ray and Chet had a lot to talk about – not least Chet’s continuing dissatisfaction with the DeArmond pickups in the Gretsch guitars he was endorsing.

“I kept telling Ray how unhappy I was”, Chet recalled. “I had to twist my body around to get the guitar in a certain position relative to the amp to get rid of the humming. One day he came down to Nashville and had this rough looking pickup on an old guitar. He said how would you like a pickup that doesn’t hum?”

Chet installed prototypes with white bobbins in a sealed-top black 6120 prototype that he used as a testbed guitar. There are authenticated photos taken at a Grand Ole Opry show in September 1956 that show Chet playing the guitar with Ray’s pickups. On that basis we can establish that Ray had working humbuckers a year prior to their commercial release. Ray himself recalled that he first showed Chet a humbucking guitar pickup in 1954, and if that is correct he was about a year earlier than Seth Lover.

’Tron But Not Forgotten

Either way, when Chet approached Gretsch, the timing couldn’t have been better. DeArmond had started supplying pickups to Gretsch’s direct competitors including Guild and Epiphone, as well as cheaper manufacturers such as Harmony, and the Gretsch guys weren’t at all pleased.

Ray had been keen to manufacture the pickups himself, but given the sheer numbers that would be required, this proved unworkable. Instead, it was agreed that Gretsch would manufacture them in-house and Ray would be paid a royalty.

Working closely with Jimmie Webster at Gretsch, Ray helped to create a production version of his pickup, which Gretsch dubbed the ‘Filter’Tron Electronic Guitar Head’, and he re-designed the wiring harness to go with it. Later Ray designed the stereo pickup system that would be used in the White Falcon.

As for claims to be the inventor of the humbucker, the dispute between Gretsch and Gibson in the wake of the 1957 NAMM show is well known. Fortunately, Fred Gretsch and Gibson’s Ted McCarty eventually reached a gentleman’s agreement.

Ray carried on hand-building pickups of his own design for many years and he was on a quest to make “the perfect jazz pickup”. Later Butts pickups do show up online, and they fetch pretty high prices when they do.

Then, in 2017 – exactly 60 years after the Filter’Tron was launched – Ray’s name was back in the headlines. Working with Butts’ children, Katha and Randy, Gretsch pickup specialist TV Jones released the Ray Butts Ful-Fidelity Filter’Tron. The new pickup was created by Jones to Butts’ personal specifications – drawing from Butts’s personal research notes, designs and journals, as well as detailed analysis of the original Filter’Tron pickup. Ray might have passed away in 2003, aged 83, but his legacy as a musical innovator is more secure than ever.