Learn the secrets of staying and playing in tune

Being in tune is about the most basic requirement of any musician, yet you won’t meet a guitarist who hasn’t at some point struggled to get their guitar to stay in tune, no matter how good they are. Tuning issues can also be the most frustrating thing for a guitar player to wrestle with, whether you’re on stage, in the studio, or just jamming at home – but never fear, help is at hand. This guide gives you all the tips and tricks you’ll need to get in tune and stay there.

Though no one is actually hiding this information, for me, learning the ‘secrets’ to performing in tune has been a gradual process of discovery over half a century of playing, repairing and reviewing guitars. It involves getting the instrument in tune, staying in tune, playing in tune and more. Each is essential to turning in a live performance and/or recording that is easy on the ears.

Tuning is simple, right? You turn the tuners on your guitar until your electronic tuner shows each string is in tune and voila! Well, no. For that to work, you need an instrument that is ‘intonated’, meaning the distance from the nut to the bridge is correct for each string.

This is easily sorted. Play the harmonic and then the actual note at the 12th fret for each string. They should be exactly the same pitch. You can determine this with a tuner or your ear (if it is very good). If the note is higher than the harmonic, use a small screwdriver to move the saddle away from the nut. This makes the string longer and the note lower (without changing the harmonic). Trial and error will bring you to a point where they are the same. Conversely, if the note is lower, moving the saddle towards the nut, thus shortening the string, will raise its pitch until it matches the harmonic. 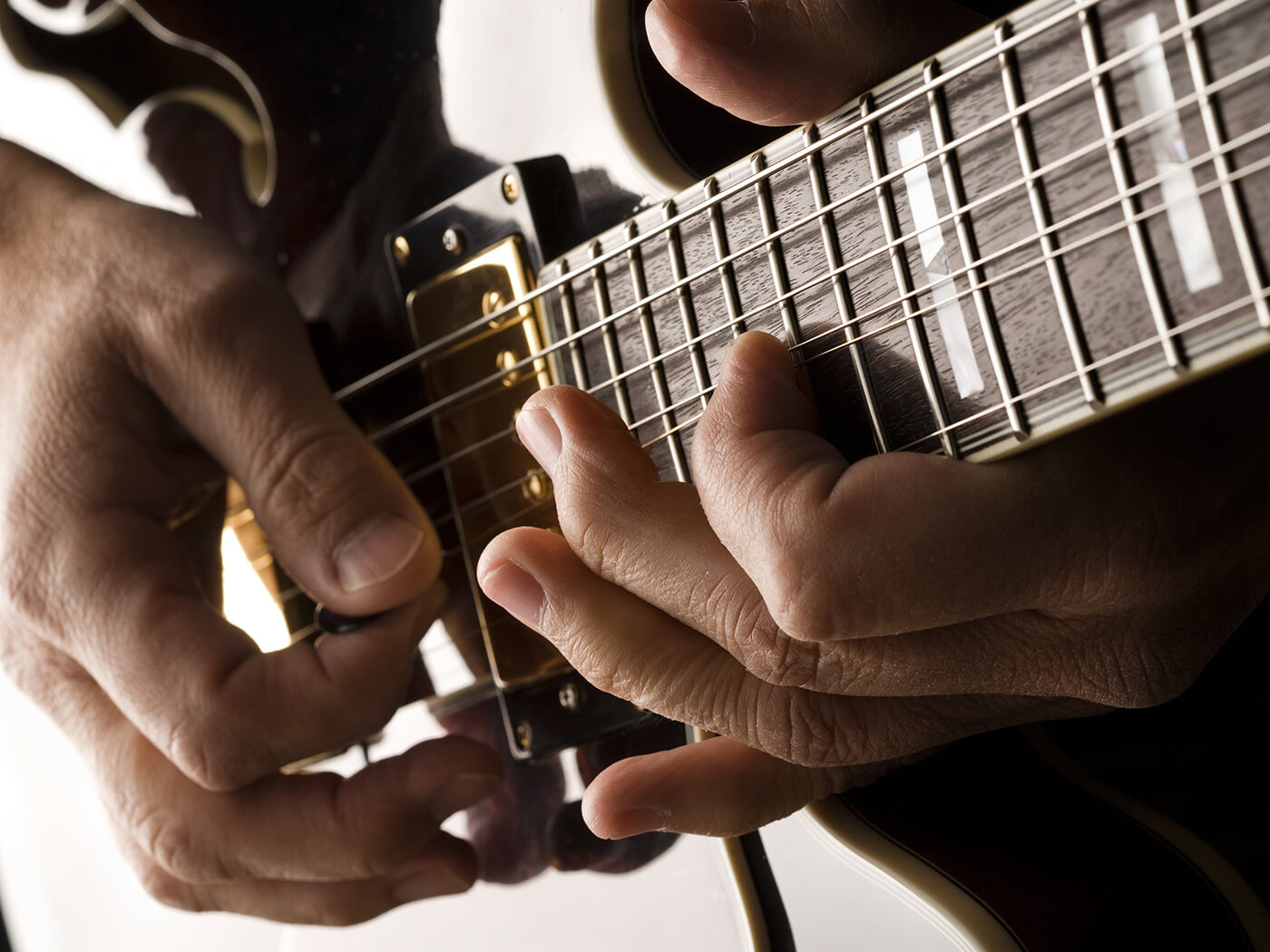 Be sure to do this with new strings, else when you swap the old ones for new, things may change. As your strings get older, your intonation may falter, but replacing the strings with a new set should put the guitar back into proper intonation. Unevenly worn frets can also affect intonation, so you may need a fret dressing or, if there is not enough fret left, fret job to insure proper intonation.

So now all we need to do is use a tuner and we’re done, right? Well, not so fast. Guitars are imperfect instruments. It is part of their charm, but it means they were not designed to be perfectly in tune.

Try this: tune your guitar so the third – the G# on the third (G) string – of an E chord in first position sounds perfect to your ear. Now play an A chord in the same position and listen to its third – the C# on the second (B) string. You will find it is not in tune. This happens all over the neck. Without going into the science of why, it is a flaw in basic guitar design.

Guitarist/inventor Buzz Feiten and others have compensated for this by moving the nut to a different position and intonating the saddles differently. This works, though if you have been playing for many years you may find it disconcerting. One thing most guitarists do is compromise the tuning a bit so that neither the E nor the A chord is perfect, but both are acceptable. Later, we will discuss other techniques to work around this design issue.

Once your instrument is acceptably in tune, you want it to stay that way. The best device to ensure a guitar doesn’t go out of tune is a locking system such as the Floyd Rose or a Kahler. Hugely popular during the hair-metal era, they have fallen out of favour due to their sonic properties, string-changing difficulty and, let’s face it, fashion. 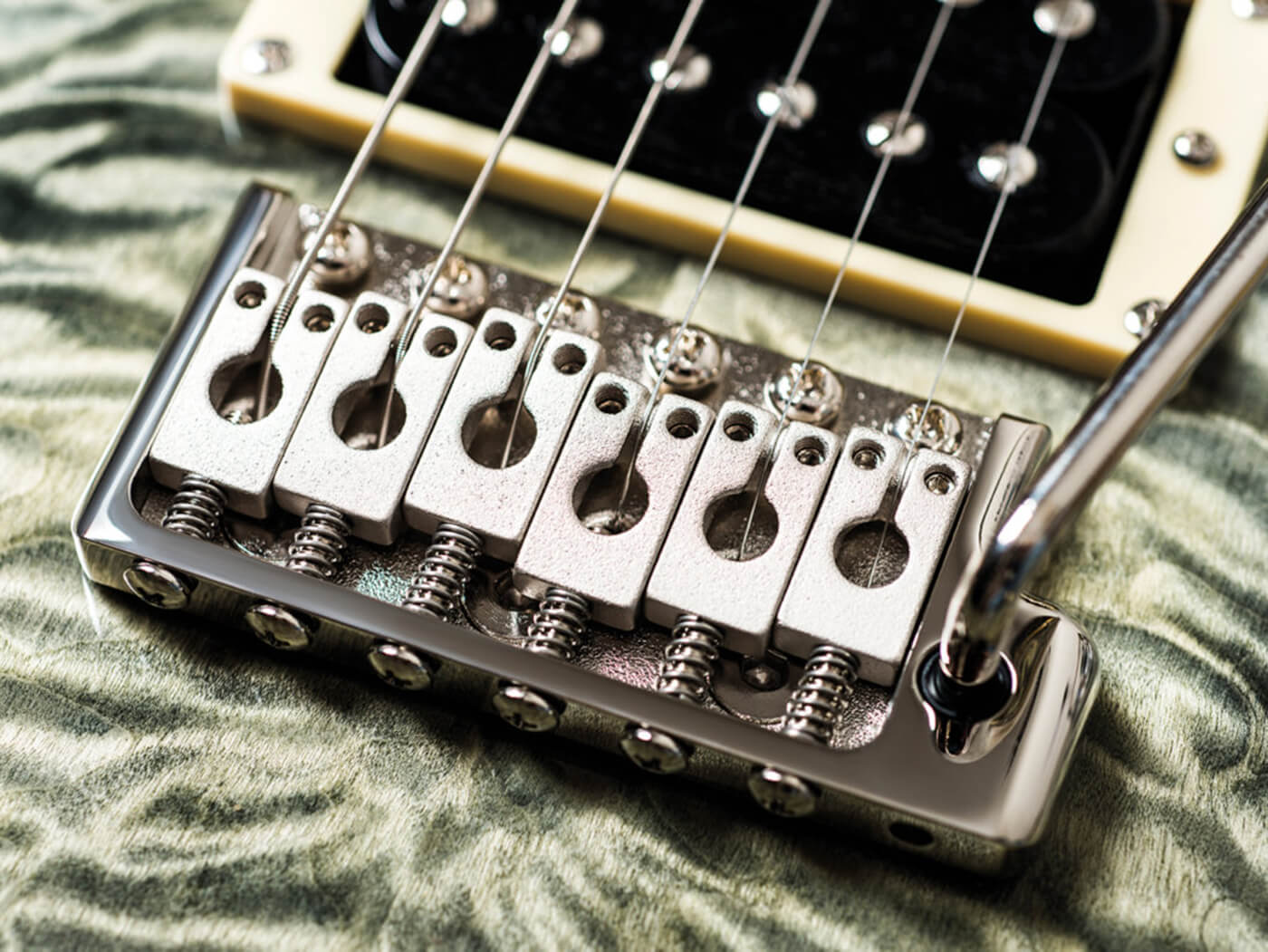 Still, there are ways to get through a song, if not a set, in tune. When it comes to wrapping the strings around the tuner post, less is more, especially if you use a vibrato arm. Pressing down the arm loosens the wraps, which can cause the strings to go flat when the arm returns to position. Vibrato arm or not, stretch the strings after replacing them; not once, not twice, but until they stop going flat when you pull on them. A properly cut nut that allows the string to pass through without friction is also important.

Remember we discussed the imperfect design of the guitar? While you can compensate your tuning so it sounds more or less acceptable, experienced players have also learned how to unconsciously push, pull, and bend strings into perfect tuning. Stories abound: people would pick up Jimi Hendrix’s guitar after he sounded perfectly in tune and find it horribly out.

Bill Frisell developed his habit of pushing on his guitar neck with a delay engaged to create a kind of chorusing effect largely to mask the dissonance of a guitar’s inherent tuning flaws. A luthier, whose instruments were perfectly intonated, would hire me to record his parts on his guitars, because, as someone who performed live and did sessions more often, I played them more in tune than he did.

Large frets can be another issue, as they act almost like a scalloped neck, in that when you press down hard the pitch changes. When you play a chord, some fingers can press harder than others, causing certain notes to be out of tune. This can be a particular problem when hard-charging acoustic players begin playing an electric with large frets and light strings. 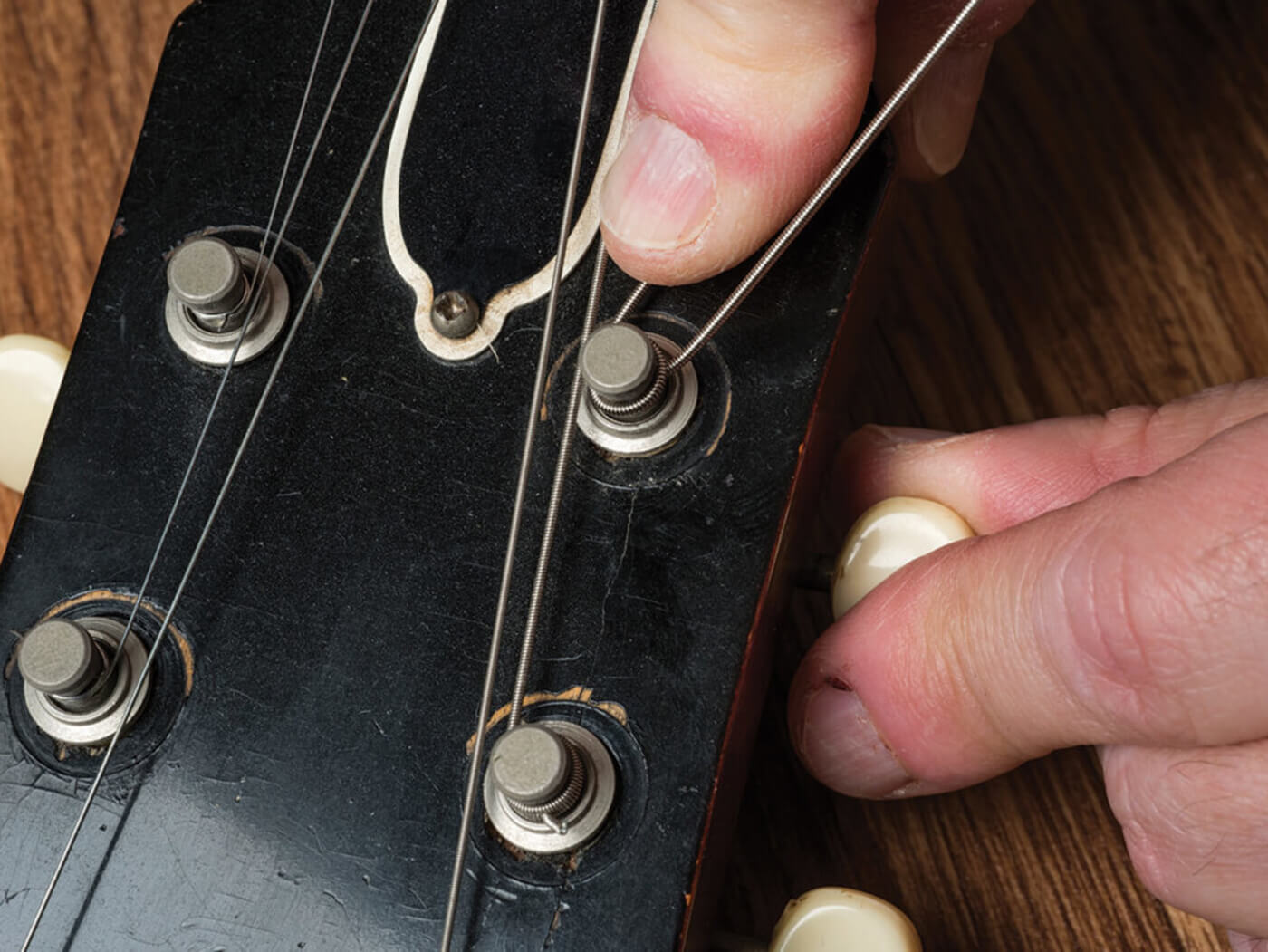 You’ve dealt with all of the above and, dammit, you still sound out of tune. One maddening issue can be a bad string. It doesn’t happen often, but sometimes a string isn’t manufactured properly and thus vibrates in a way that doesn’t play well with others. Sometimes, you can actually see it shaking weirdly. If you can’t see it, once you have made sure everything else is in place (intonation, tuning, playing technique), you can attempt to isolate the culprit by playing various chords, each leaving out one particular string. When you find the chord that sounds in tune, the missing string may be your culprit. Replace it and see if that fixes the issue.

Finally, some guitars will just never sound perfectly in tune. I had an Epiphone Riviera Reissue with the Buzz Feiten setup installed, yet it still didn’t sound as sweetly in tune as my 1965 Stratocaster, without the Feiten system. One theory, confirmed in discussions with players and luthiers, is that the overtones created by one guitar’s neck and body wood vibrating together is just more consonant and pleasing than another’s. If these overtones are clashing in a dissonant fashion, the guitar will never sound perfectly in tune.

Perhaps we should have begun there, but before you buy an instrument make sure it ‘sounds’ in tune and the rest will follow.