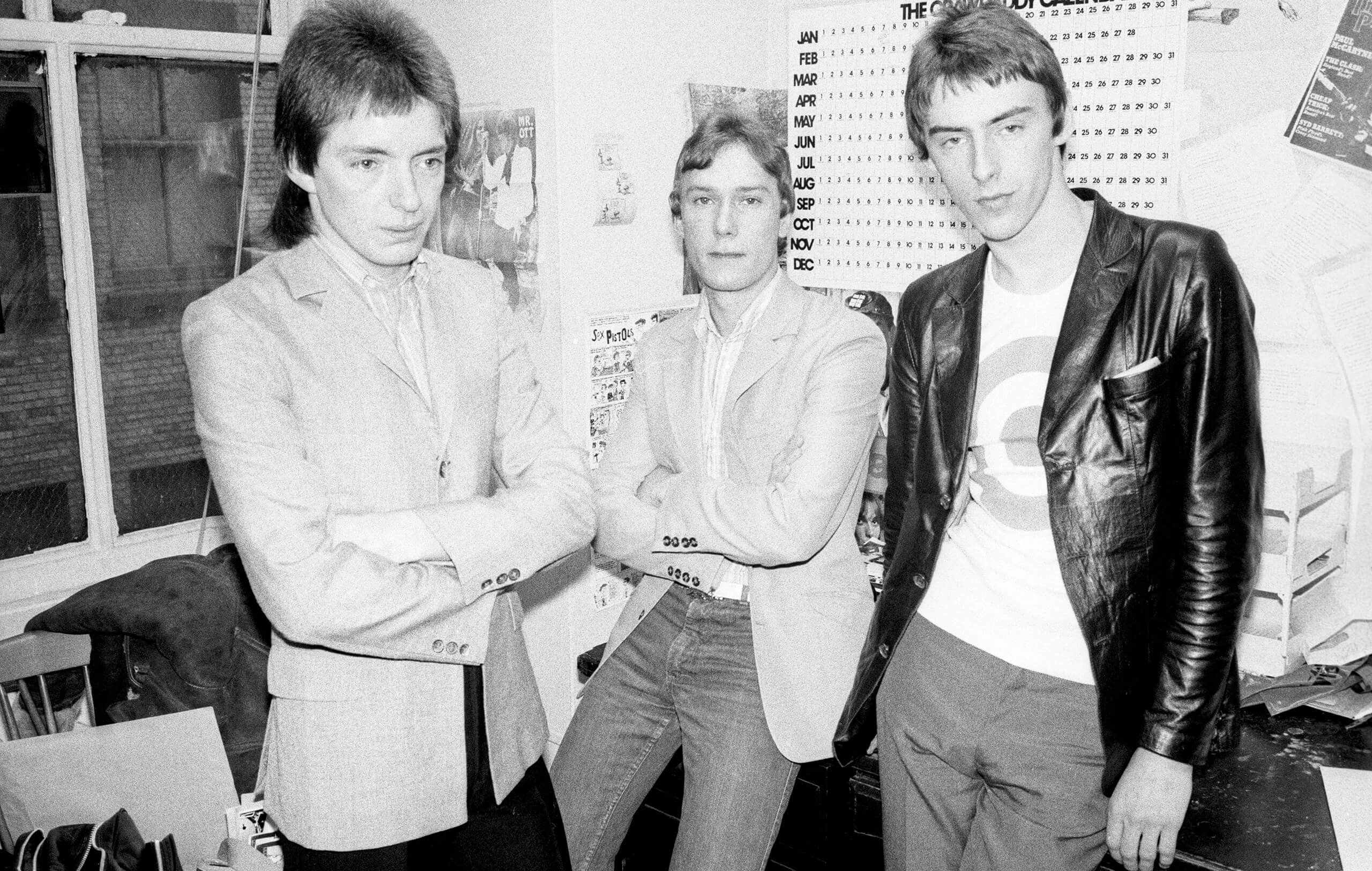 10 standout six-string moments that Paul Weller and his Ricky 330 laid down over the Jam’s short but hugely influential career.

For five years, as punk windmilled through popular music and the 1970s gave way to the 1980s, the Jam were one of the biggest bands in Britain, taking swaggering elements of garage rock, mod culture, Northern Soul and withering class commentary to the top of the charts time after time.

Roared on by Paul Weller’s cranked Rickenbacker 330-AC30 combination and the melodic lead bass playing of Bruce Foxton, usually completed with the help of a Rickenbacker 4001 or Fender Precision Bass, they left behind six fascinating records, never to return. Here are just a few of their many guitar highlights.

More cowbell? More cowbell. Using its one-two riff as a base this track spits and flails, all anxious energy and splashes of violence. At the midway point Weller unloads a solo that matches the song’s antic, unnerving spirit, growing looser, more frenzied, as it’s consumed by feedback and dragged back into the verse, Doc Marten boots stomping around us.

Apocryphally, this song was inspired by the discovery of a World War II bomb on Wardour Street in Soho, which housed the offices of the Jam’s label.

“Say what you like, ‘cause I don’t care.” If the past 45 years, and the clamour for the Jam to reform, has taught us anything it’s that Weller really, truly believes this. From the opening crunch of his riff through a spiteful, note-mauling solo this is the Jam at their most acerbic and confrontational.

The B-side to The Modern World made plain the Jam’s soul influences, with a cover of Sweet Soul Music by Arthur Conley backing one of their punkier numbers.

This song is a marvel of construction, with Weller and Foxton cycling through riffs – an early pre-Start Taxman lift, robotic single notes, descending plucked sequences – and a raft of hooks on their way to the “Didn’t we have a nice time?” refrain, where Weller’s distorted peals add rough and tumble energy to two and a half minutes of pop nous.

This is another moment where Weller has a perceptive read on his own career, looking out at all the hangers on and realising that once the hits dry up he (or the footballers and film stars of the lyrics) will be alone again.

Weller’s soul influences would become more pronounced over time, but Non-Stop Dancing shows that they were there all along. Alongside the jacked up Who and Kinks influences on In The City this one really moves, with Weller’s no frills, grimy chords running up against Northern Soul spirit and a chorus that’s pure Style Council.

The In The City sleeve was shot by photographer Martyn Goddard, who clearly had a way with debuts: he also provided the goods for the Cure’s Three Imaginary Boys in 1979.

The best satire is often couched in terms that allow its targets to climb on board and add another bitter layer. The Eton Rifles, perhaps Weller’s finest class polemic, takes aim at the privileged English school and its anointed future political elites in anthemic fashion, sending its barbs crashing through defences off the back of a shoutalong chorus. Alongside lyrics that recount skirmishes as schoolboys jeered a right-to-work march through Slough in 1978, his guitar work is jagged and antagonistic, welding shards of noise and surprising jangle to Foxton’s punchy bassline.

If only all debut singles had this sense of purpose and catch-all brilliance. Capturing the early Jam’s brutish mod-punk power in amber, the title track from their first LP slams out of the gate with of Weller’s scratchy riff and Foxton’s galloping bassline, which is of a piece with Sex Pistols’ classic Holidays in the Sun (released six months later) and every bit as snotty.

In The City charted at number 40 in the UK, narrowly ensuring that every Jam single released (a further 17 would follow) hit that mark.

This song pulls us in a few directions all at once. Its riff is pure garage-rock skronk, its backing vocals suggest the expansive hit and miss future of The Gift, its chorus is a tangle of notes, and Weller eventually slips in a few neat twin harmonies. What is thrilling, though, is the way the Jam are able to inhabit each space without any fuss, welding each potentially incongruous section into a sumptuous power-pop whole.

The Sound Affects sleeve is a riff on the BBC’s Sound Effects series of LPs, which collected effects from their library for, as Record Collector’s Richard Bradley put it, “the home movie-making and amateur dramatics market”.

Chiming in with a bit of Gang of Four-esque post-punk, the closer to Sound Affects is an exciting outlier in the Jam’s catalogue, with its circular riff and stop-start rhythms sharing more in common with Fugazi than the Who. Weller’s playing is disciplined and rhythmic, with only a few concessions to his-go to thrashing.

As big as they were in the UK, the Jam’s success didn’t really extend to America. Sound Affects was their highest-charting Billboard LP, landing at number 72.

Very few songs make you want to climb out of your skin quite like this one. Rick Buckler’s drums are a ticking time bomb of late-night unease, with Foxton’s remarkable bassline jabbing against Weller’s disconnected chord stabs. As the lyrics juxtapose a safe, welcoming domestic scene with a beating administered by thugs with “too many right-wing meetings” under their belts, Weller’s piercing held notes open things up, allowing his mile-a-minute vocal hooks space to get their licks in.

The two tube stations tied to the single are St John’s Wood (the opening train sample) and Bond Street (the sleeve photo).

The Jam’s first number one single is the sound of a band so confident in their foundations that they achieve a sort of inward-looking transcendence. Each segment of the song is indelible, from its riff through Foxton’s pace-shifting bass and the way Buckler cuts Weller’s solo in half with a monster tom roll. These are all things the Jam had demonstrated their competence in before, but here they made it look truly effortless.

Going Underground was apparently intended to be a B-side. In The Modfather: My Life with Paul Weller, David Lines posits that a mix up at the pressing plant led to its AA-side billing with Dreams of Children.