The Left Field: Bill Orcutt plays blues from another dimension 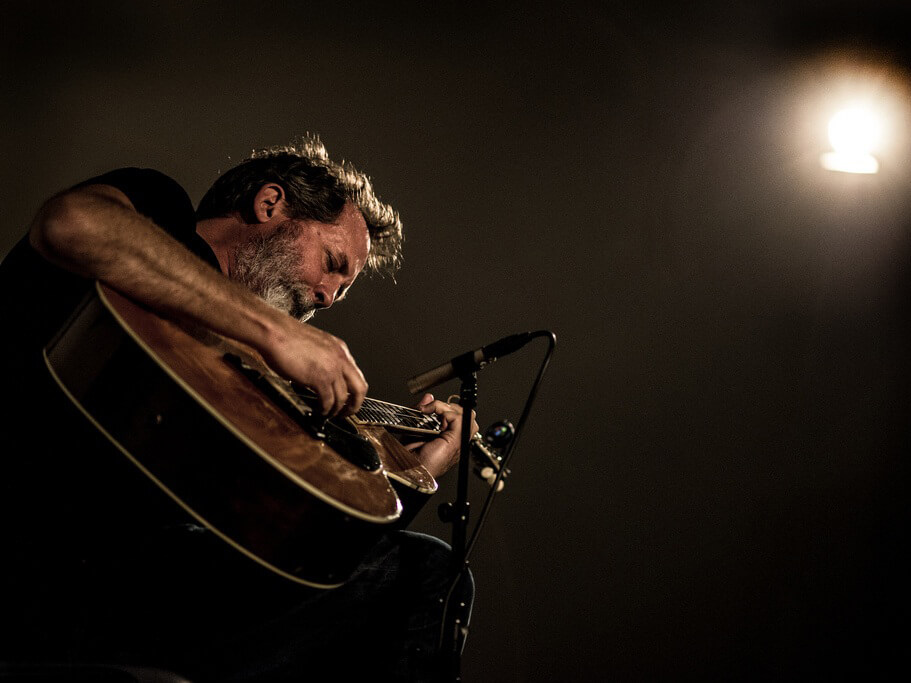 The underbelly of the blues is not a friendly place. It’s where fluid string bends and the 12-bar structure do not venture, where the raw, blood-and-guts Delta vibe still thrives, where improvisation goes far beyond the notes strewn over a chord progression. There, you’ll find Bill Orcutt.

Orcutt is an outsider artist whose music is, to put it mildly, challenging. His former band, Harry Pussy, straddled the worlds of punk, noise rock and no wave – and he brings this vitality and urgency to his bluesy, dissonant wanderings as a solo guitarist who has more in common with Glenn Branca than Glenn Frey. Cacophony and melody are opposite sides of the same coin for Orcutt, and he isn’t afraid to keep flipping between the two.

Check it out for yourself – here are five tracks that span the length (and breadth) of Orcutt’s career.

Upon Harry Pussy’s dissolution in 1997, Orcutt took a decade-long hiatus from music to work as… a software engineer. The Florida native only returned to the fold in 2009, with A New Way To Pay Old Debts, an album so fresh, cathartic and ferocious that it made the indie rock that ruled the era seem limp in comparison. He only had his voice and a vintage Kay acoustic guitar (minus the A and D strings) to work with – but as you’ll hear on this Lightnin’ Hopkins ‘cover’ from the LP, it’s still electrifying.

Where Hendrix’s immortal take on the US national anthem was shaped by the Vietnam War, Orcutt’s rendition is a reflection of more ideologically fractured times. Off his 2017 self-titled album of covers, Star Spangled Banner paints a dystopian picture that’s threatening to tear apart at the seams. There is neither triumph nor resolution here – just a descent into chaos, soundtracked by a blaring electric guitar.

She Punched A Hole In The Moon For Me

In late 2018, Orcutt teamed up with drummer Chris Corsano to release Brace Up!. Corsano, who has worked with the likes of Björk, Nels Cline and Thurston Moore, approaches his kit the same way the guitarist does his instrument: as an extension of his body. The pair combine beautifully here, Orcutt’s electric experiments punctuated and challenged by Corsano’s nimble snare rolls.

The original 19th-century processional hymn is a stirring affair, but on his 2013 album-of-covers A History Of Every One, Orcutt manages to turn it inside-out. His version of Onward Christian Soldiers is a fragile lullaby that inspires no faith and offers no salvation. Orcutt’s wordless singing glides over a haunted acoustic guitar, and it all ends not with a bang but a subdued whimper.

On this Harry Pussy track, you’ll hear how Orcutt wrought his uncompromising improvisational chops. Equal parts Sex Pistols, Darkthrone and Sonic Youth, Dream Driver is a bulldozer of a song, where furious punk riffs and blackened atmospheres set the stage – and then tear it down – for Orcutt’s careening guitar solos.