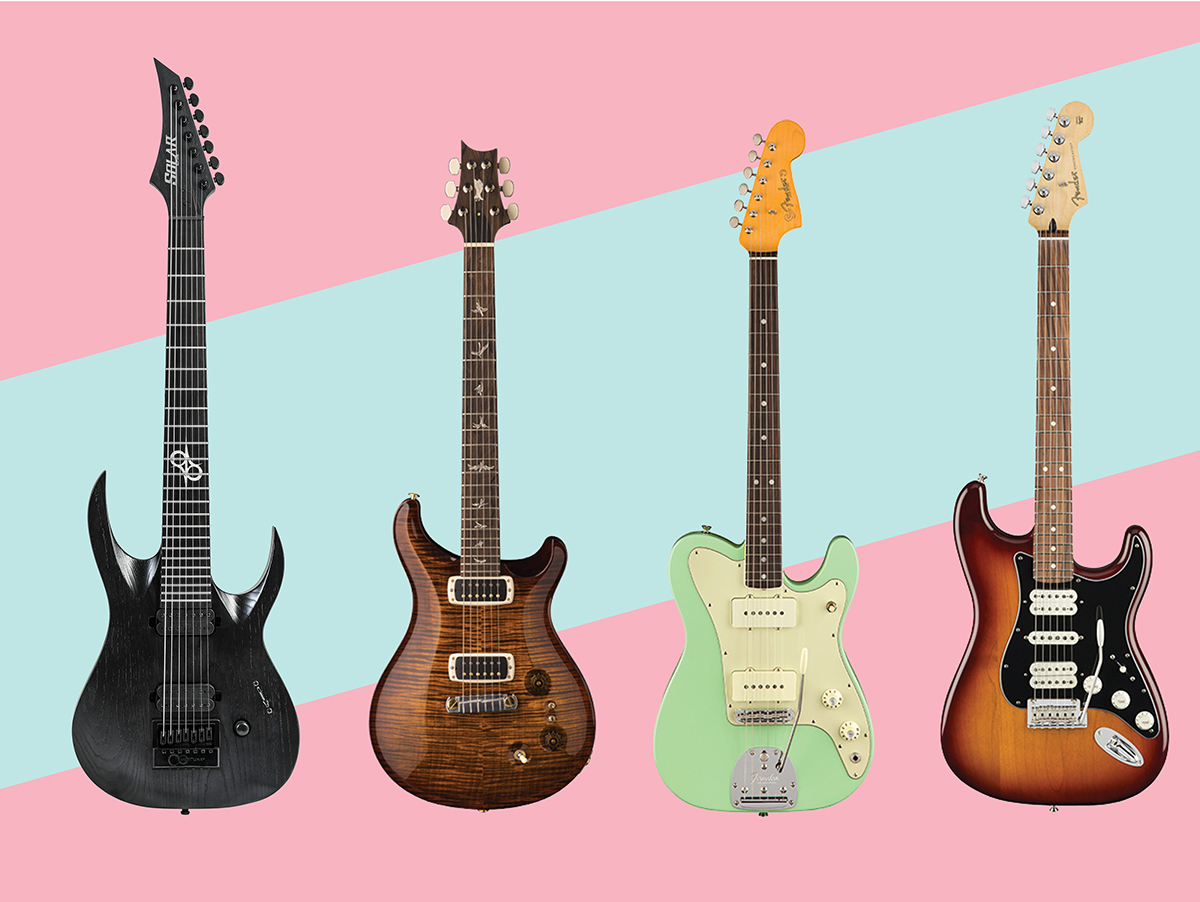 To be fair, this isn’t one instrument but over a dozen. Fender’s hyped-up Player Series replaces the existing MIM Standard line with Strats, Teles, a Jaguar, a Jazzmaster, J Basses, P Basses and a Jaguar Bass. Phew.

Eastwood Custom Shop is producing a replica of Jack White’s rare, 1960s-era Crestwood Astral II, which he used on early White Stripes singles. It’s an eccentric, ES-335-shaped semi-hollow—with a Bigsby-style trem—that lovers of the garage rock guitarist will lap up.

The 2018 Limited Edition Jazz-Tele, from Fender’s Parallel Universe series, combines the looks of a Telecaster and the feature set of a Jazzmaster.

Named after the PRS master luthier himself, Paul’s Guitar is a refined six-string that has pickups and electronics never before seen on a PRS instrument.

Here’s a jumbo-sized acoustic-electric that marries bold, retro-inspired looks with modern components—all in a sub-$500 package.

Previously only available as a Masterbuilt instrument, Devin Townsend’s signature six-string gets a more affordable Teambuilt edition that still crams in premium bells and whistles.

The stars of this ’50s-style Strat are its custom-would JLV single-coils—they’ve been voiced to be rich and articulate, and have modified wiring to open up more tone-sculpting possibilities.

It’s a Mosrite-inspired semi-hollow, with a baritone register, that also has a Wilkinson tremolo system.

The high-tech SR250 is almost identical to the existing SR270, except it has a conventional 25.5-inch scale length rather than the latter’s 27 inches.

Seven-string fanatics will salivate over this stealthy axe. Its Black Open Pore finish flaunts the grain of its swamp ash body while keeping true to Solar’s understated aesthetics.

This reissue of a ’72 Stratocaster comes installed with pickups voiced to emulate the raunchy tone of The Strokes guitarist, and has a quirky wiring system to boot.

This model caters to progressive players looking for more heft out of their Les Paul. Hotter humbuckers, a faster neck, a flatter fingerboard and a two-octave range set it apart from your everyday LP.