Oft confused with the similar phaser, flangers are in fact a distinct species all of their own. Reverb’s Dan Orkin examines the 10 bestselling pedals found on the online marketplace… 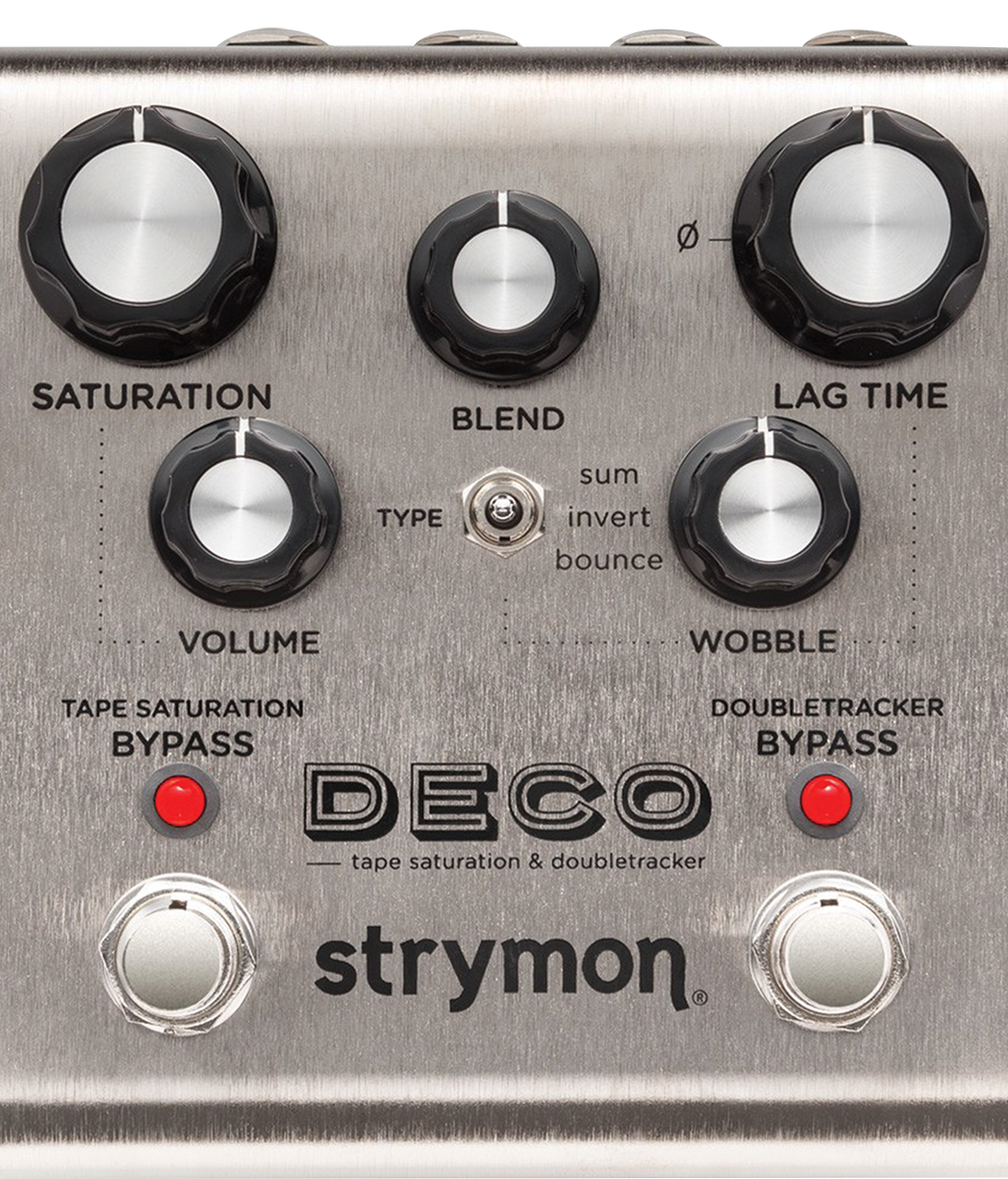 The flanger is a simple yet deceptively versatile breed of effect. The way a flanger operates is similar to a phase shifter or chorus – by duplicating and offsetting the signal of the guitar with a short and modulating delay. As the two audio signals overlap at different points, some phase cancellation occurs, which combines with the delayed signal to create a distinct ’wooshing’ sound (often likened to a jet engine).

The idea of audio flanging came about when studio engineers took two duplicate tapes and manually delayed the playback on one by lightly pressing a finger on the flange (rim) of one of the playout reels. In a modern guitar pedal context, though, flangers can achieve a much broader spectrum of sounds. By adjusting the specifics of how long the second signal is being delayed and how the second signal is feeding back on itself, a flanger can achieve the sound of a vibrato, a chorus, a phase shifter, and much more. This means that grabbing a flanger can add tonal capabilities to your rig far beyond that stock jet-engine sound as made famous by the likes of Eddie Van Halen, Lenny Kravitz, and others.
Seen something you need to add to your pedalboard? Head to Reverb.com and pick up one for yourself!

Topping the list is a straightforward, all-analogue offering from Mooer, inspired by the famed Electro-Harmonix Electric Mistress. Along with its compact footprint, what’s cool about this flanger is that it features a filter mode for players looking for a more dramatic sweep, as well as oscillation effects for further tone-shaping.

While not a pure flanger pedal like the other entries on our list, the Strymon Deco – which is described as a “tape saturation and double-tracker” — offers flanging effects by replicating old school tape set-ups. This is a fantastic option if you’re interested in vintage studio, tape-based warble and flange. 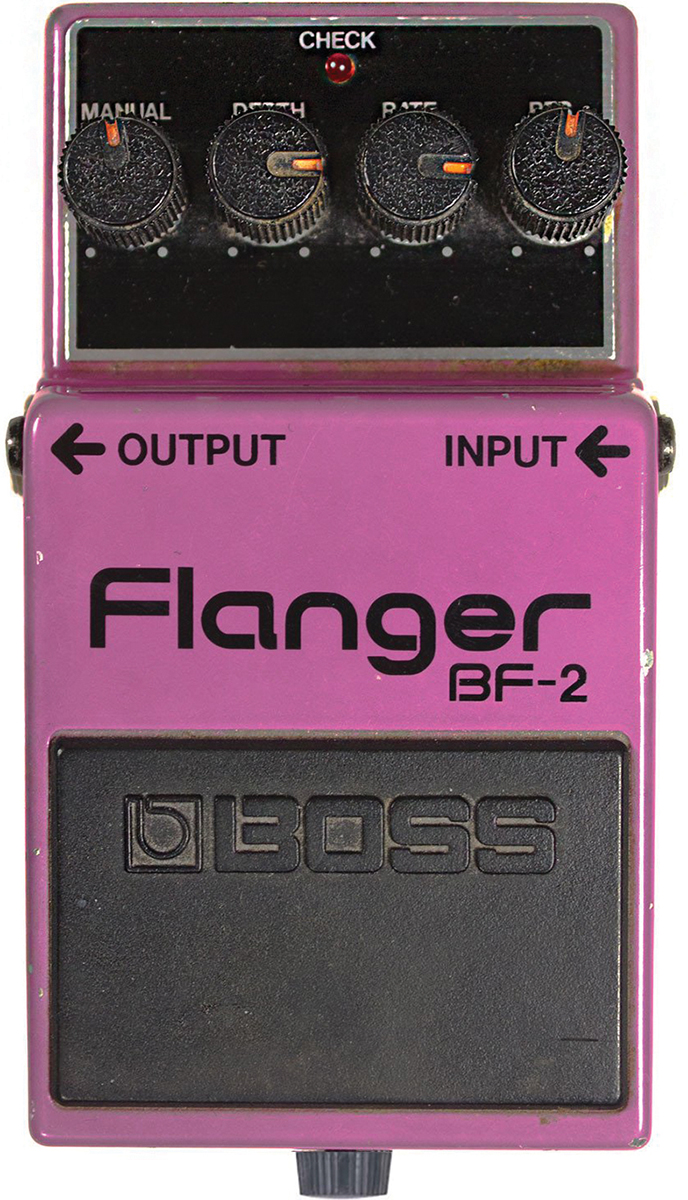 The BF-2 was one of the first flangers produced by Boss and has been a mainstay on boards across the rock spectrum since its release. Players such as Prince prized this pedal for its delivery of a wide sonic spectrum of flange, from shorter delay, chorus, and vibrato effects to dramatic jet plane sweeps. 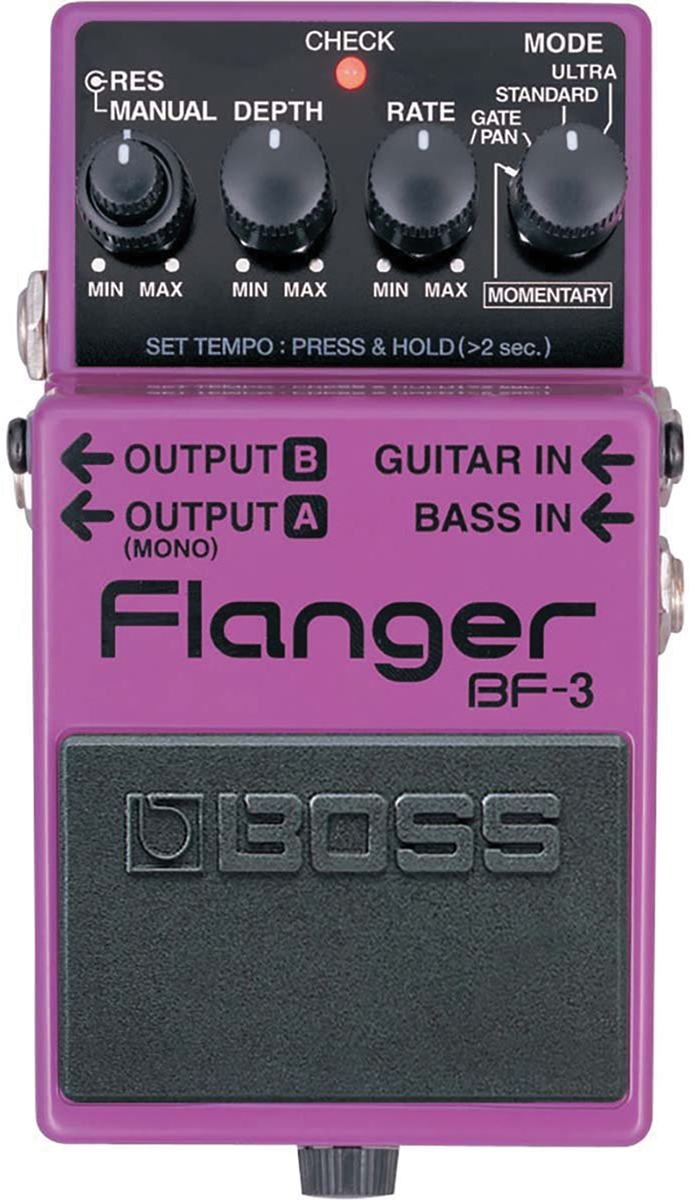 After the BF-2’s two decades of production, Boss introduced the BF-3 Flanger to replace it. Though packed in a similarly styled, signature purple chassis, this newer model adds two new modes (ultra and gate/pan) for creating stereo flanging effect. Also new to the effect is tap-tempo and individual inputs for bass and guitar. 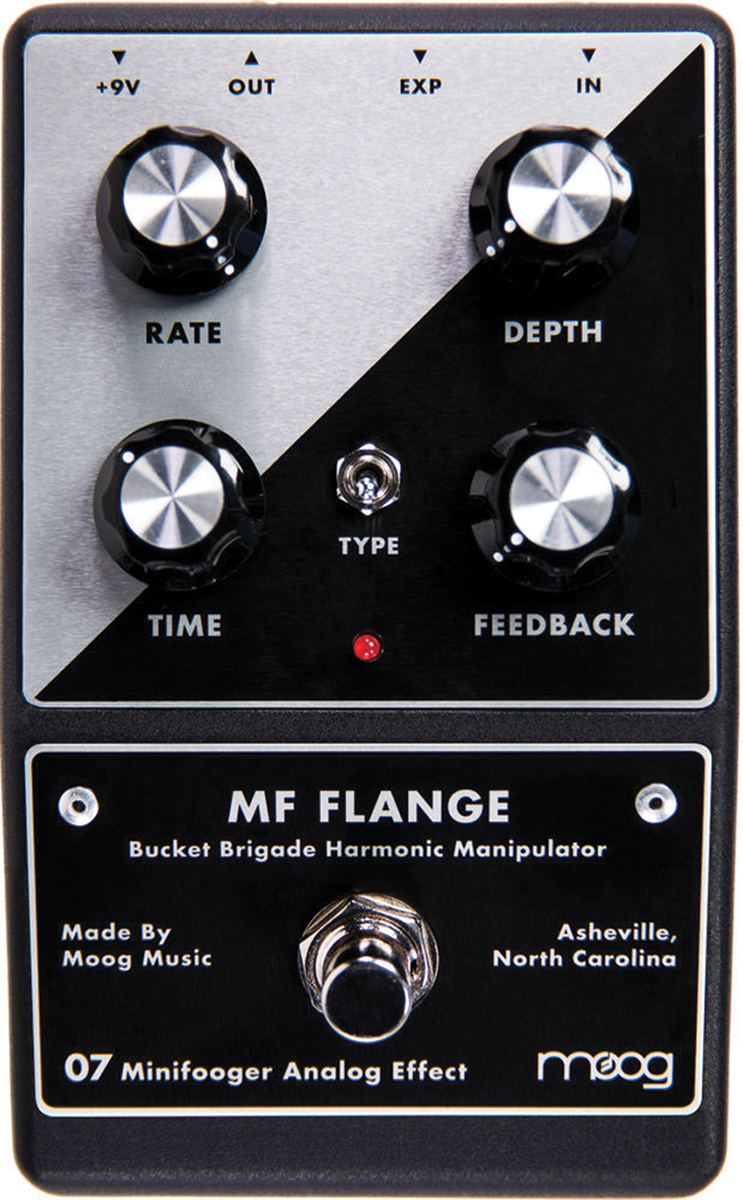 Moog’s entry into the flanger arena as part of its Minifooger series, and the MF Flange is known for its rich, deep analog tone. Based on a bucket brigade delay chip, the MF Flange offers a set of highly detailed and expressive controls that can achieve the full gamut of modulation effects with a ‘type’ toggle that alters its voice by subtracting feedback from the input signal. 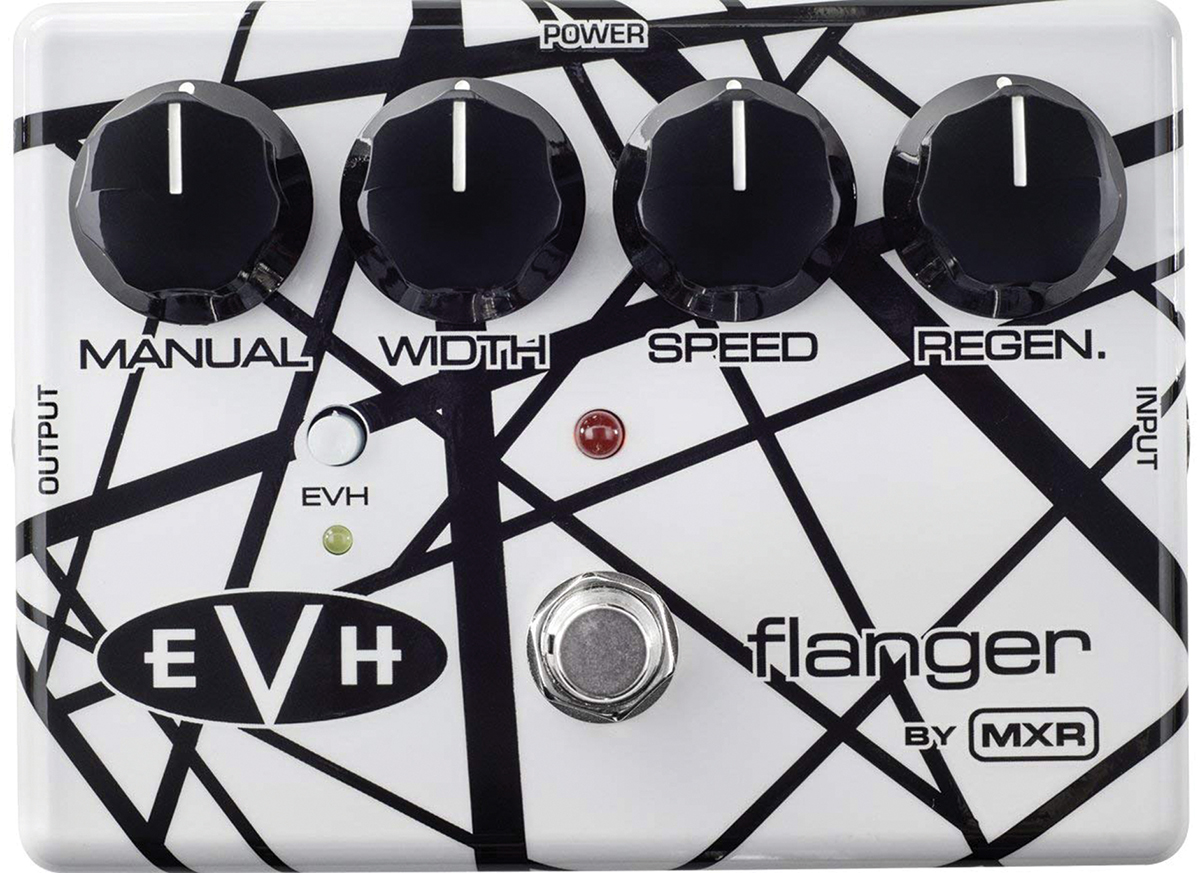 As Van Halen featured the MXR M117 flanger prominently in songs like Unchained and And The Cradle Will Rock, MXR unveiled the EVH117 for fans eager cop the sound for themselves. Like the MXR Flanger its based on, the EVH117 features the same bucket-brigade technology and, as a result, promises the same sweeping and whooshing effects that made the original so compelling. But specific to this model is both the ‘EVH Switch’ – that, when engaged, automatically calls up the exact settings Eddie used for the Unchained sound –and the EVH-striped chassis the whole circuit is packed in. 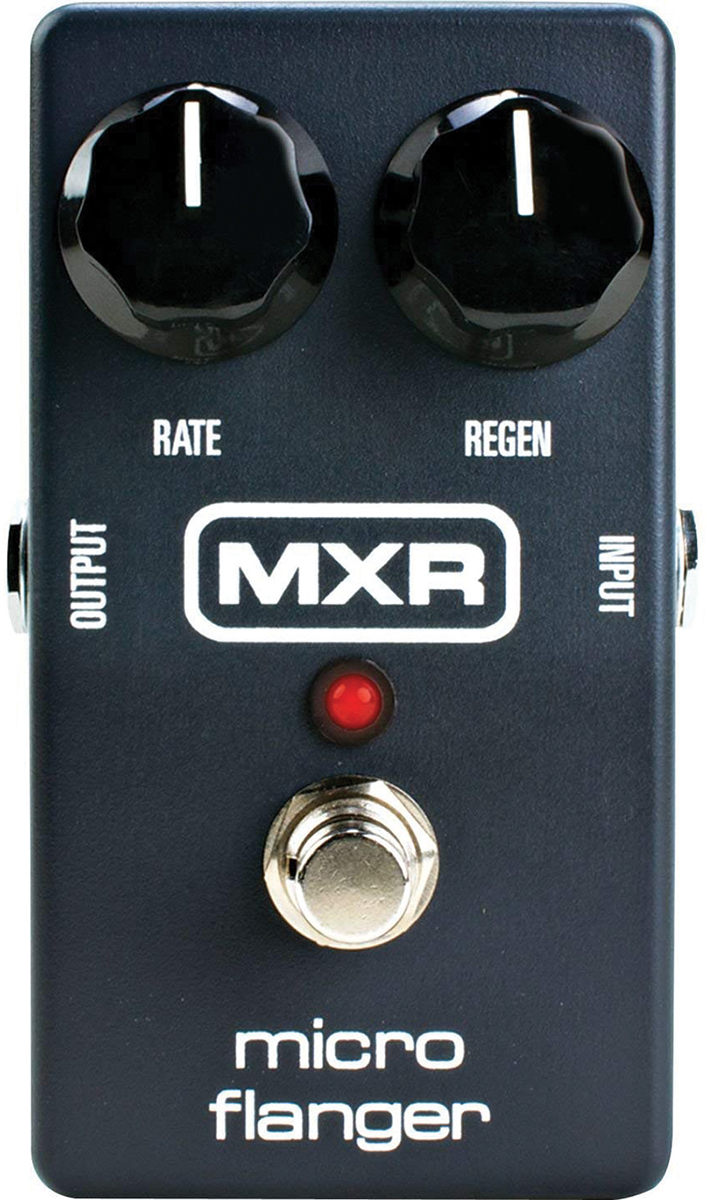 M152 is another all-analogue bucket-brigade flanger from MXR and is again based on the older M117, but this one packs all of the tone of the original into a delightfully small chassis. Despite a scaled back face only featuring two controls for rate and regen, the M152 can still achieve the full range of classic MXR flanger tones. 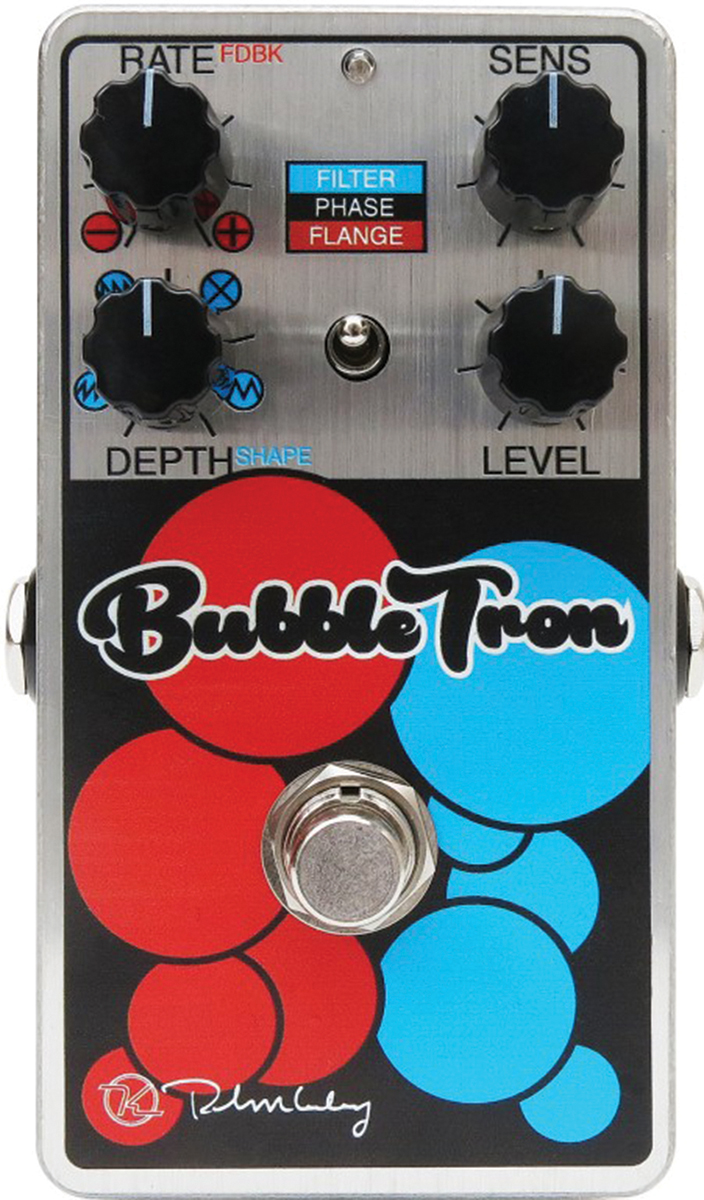 A combination pedal from the wonderful mind of boutique effects genius Robert Keeley, the Bubbletron is a one-stop shop for all of your modulation needs, with both phaser and flanger on board. The flanger section of this multifaceted pedal is based on a vintage MicMix DynaFlanger as used by Frank Zappa. 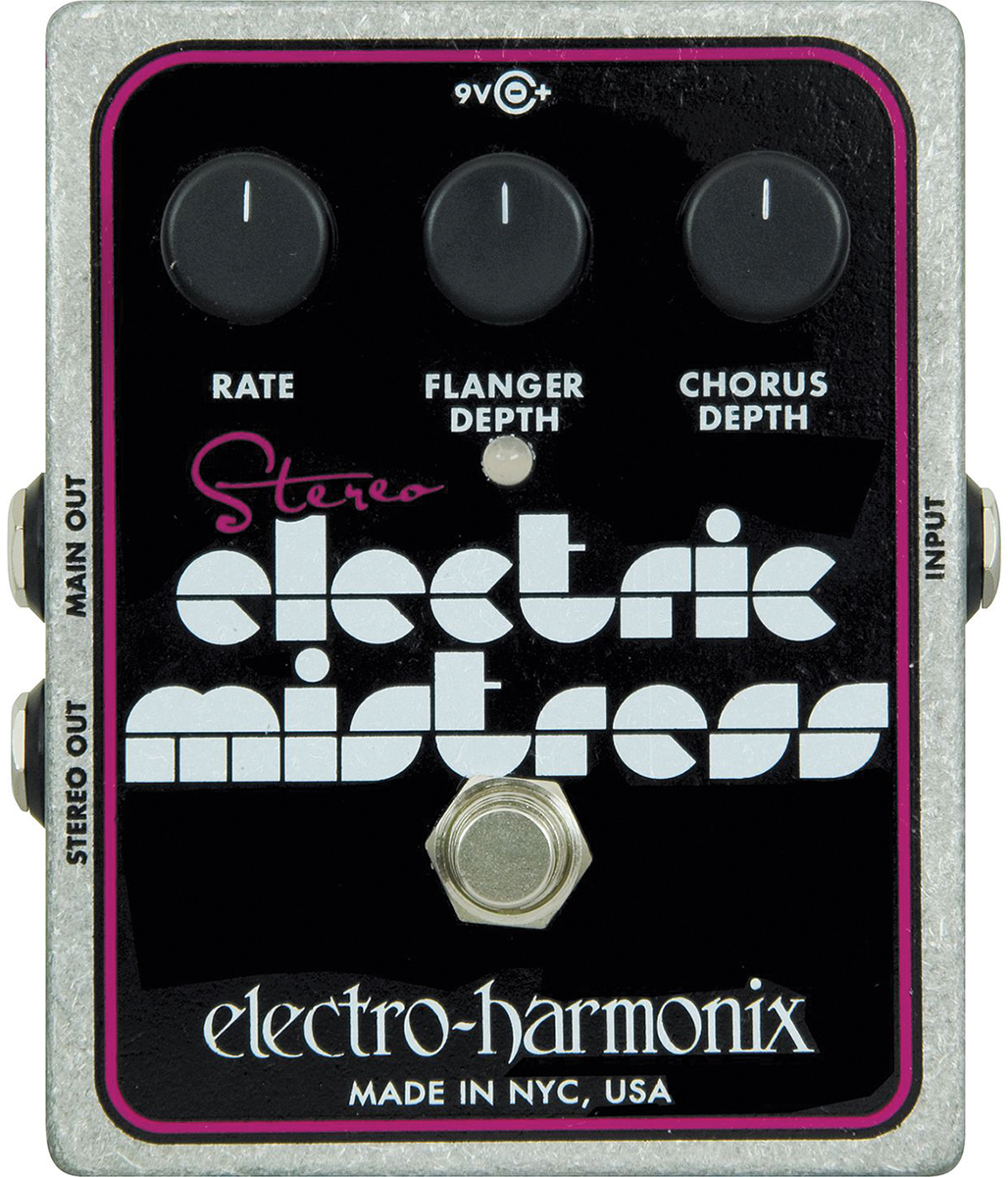 The modern iteration of an absolute classic flanger from EHX, the Electric Mistress offers a basic, finely tuned combination of both flanger and chorus effects. Andy Summers is famous for using one of these, though most people assumed it was just a standard chorus on those 80s Police recordings. 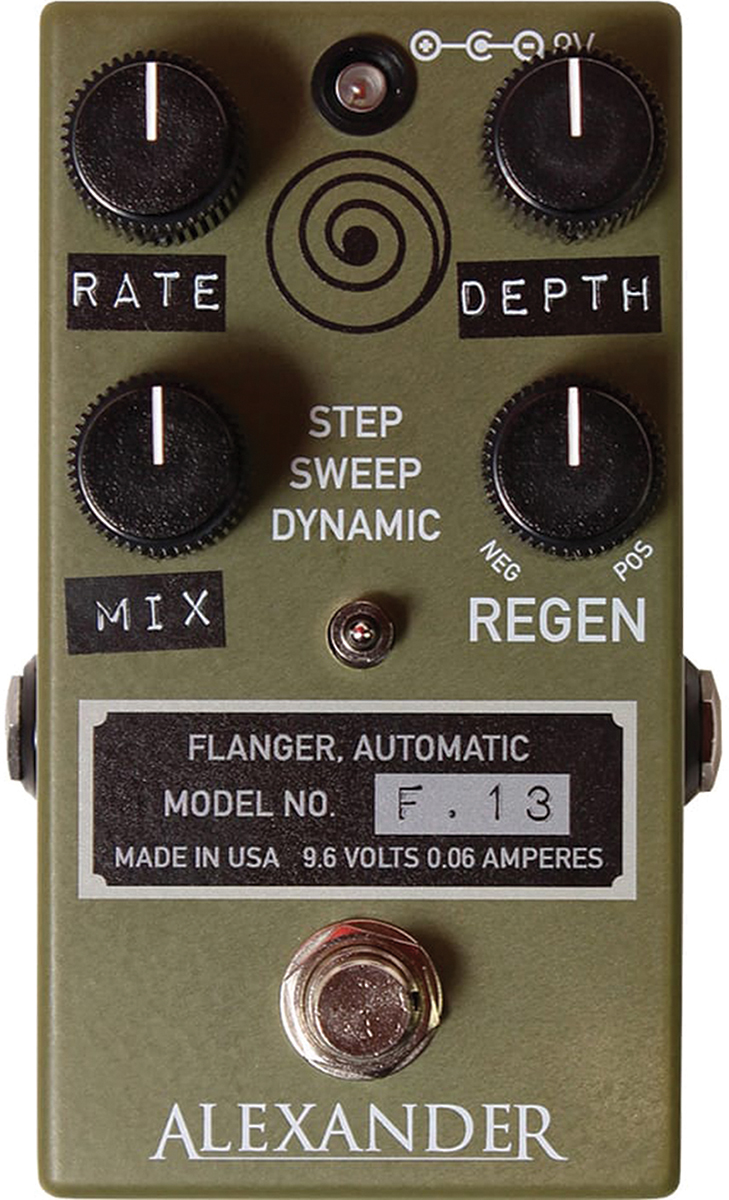 A wide variety of highly respected boutique pedal makers have gotten into the flange game in recent years, and the F.13 from Alexander Pedals ranks highly among this exciting new crop. Among various cool features, the F.13 includes a dynamic mode that changes the nature of the flanging effect based on the intensity of your playing.