Most of us won’t have a phaser on all the time, but at the right moment, their impact can be killer. Reverb’s Dan Orkin counts down the ’shifters that shift the most units. 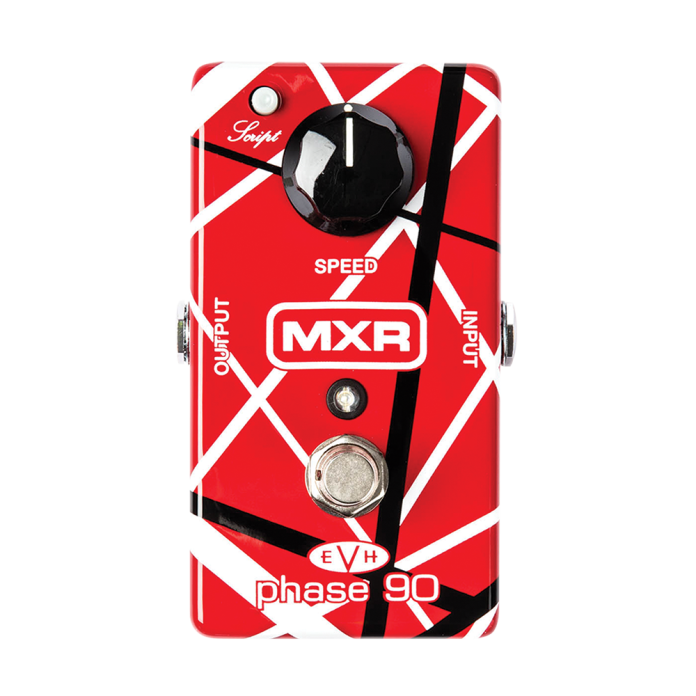 From Steve Hacket and Jimi Hendrix, to Van Halen and Jonny Greenwood, guitarists of all stripes have used modulation effects to add something different to their guitar sounds. Over the next few months we’ll be turning our gaze into the varied denizens of the modulation realm, and today we’re kicking off with undulating fun of phaser (or phase shifter) pedals.

For those who aren’t familiar with the concept of a phase shifter, the basic recipe involves splitting an audio signal into two, filtering one of the signals through a set of all-pass filters, and then recombining them in a way that alternately cancels the phase at different points of the frequency spectrum.

Most phaser pedals use a low-frequency oscillator to modulate the affected signal and vary how out-of-phase it is with the original, unaffected signal, and it’s the motion of this process that gives the phaser its characteristic warbling sound.

Like many other effects, phasers came to prominence in the late 60s and can be heard on all sorts of psychedelic and funk records from the 70s and beyond. It was Eddie Van Halen, though, who probably did the most for the phase shifter as far as establishing it as a core guitar effect on the boards of all manner of modern player – hear its iconic sound at the start of Ain’t Talkin’ Bout Love.

Seen something you need to add you your board? Head to Reverb.com and pick one up for yourself! 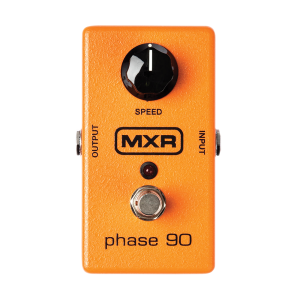 This is the standard. The Phase 90 dates back to the 1970s and set the bar for phasers. As you’ll see below, there are countless variations on the design available today, but the M101 is the current manifestation of the classic design that was used by Mr Van Halen. There’s not a lot to experiment with here, with a single control for speed that adjusts the rate of the movement of the phase. On lower settings, that means just a subtle swirl. On a higher rate setting, the effect gives something of a choppier, more pronounced motion to the sound of the effect. 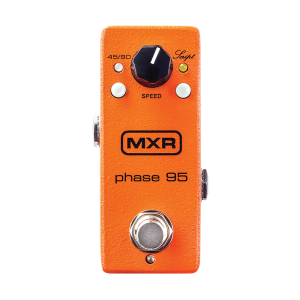 Part of a wave of mini-pedals to come out over the past few years, the Phase 95 takes the classic Phase 90 template, shrinks it down a bit, and adds two different toggles to channel different periods of MXR’s phasing past. For one, you can select between the standard four-stage phaser of the Phase 90 or the slightly subtle two-stage phasing of the Phase 45. The ‘script’ toggle refers to two different eras of vintage Phase 90 production. Engaging that button will remove some feedback from the mix, creating a somewhat mellower tone. 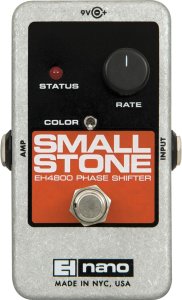 The current iteration of Electro-Harmonix’s classic phaser option, the Nano Small Stone is essentially the EHX counterpart to the Phase 90. Like that pedal, the Small Stone has one knob for rate, but it also includes a ‘color’ switch that alters the character of the frequency curve a bit. It’s another great, simple option primed for a variety of styles. 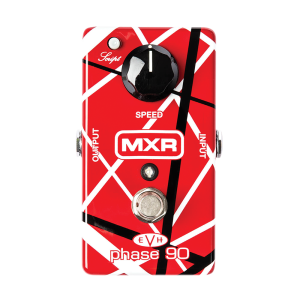 Honouring Van Halen’s history with the Phase 90, MXR gave Eddie a signature version of the effect. Apart from the requisite red, white and black striped look of his Frankenstein guitar, this version is similar to the Phase 95 Mini in its inclusion of a ‘script’ toggle, which allows players to switch between the two circuits of the two vintage periods of Phase 90 production. 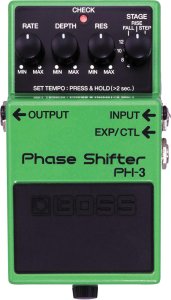 Whereas the Phase 90 and its counterparts offer a single control over rate, the Boss PH-3 opens things up a bit with controls for depth and resonance, as well as seven different stage settings that alter the number and array of the phase stages. As a digital pedal that replicates a classically analog effect, some players dismiss the glossier tone of the PH-3 in favour of that old-school analogue goodness. That said, it’s hard to argue with the sheer versatility afforded by this always available and always affordable stompbox. 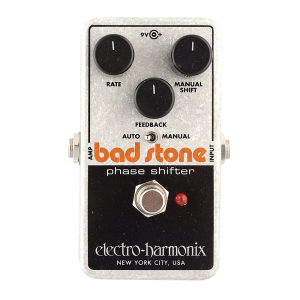 Another reborn vintage design from EHX, the Bad Stone packs in six different phase stages, compared to the standard-issue four-stage design of most analog pedals. There’s also a nifty ‘manual shift’ and ‘auto/manual’ toggle that lets you lock in the tone of a particular phase setting, disengaging the oscillator that moves things back and forth. 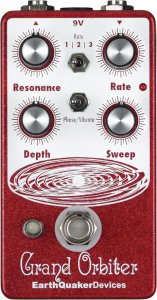 The Grand Orbiter is a shining example of EarthQuaker’s knack for taking classic pedal concepts into totally unprecedented territory. This four-stage phaser allows you to tweak the blend between the wet and dry signals, and even cut the dry signal altogether for a vibrato effect. It all adds up to one of the more versatile analogue phasers on the market. 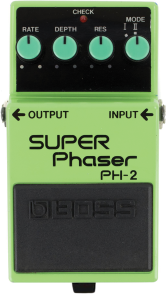 Introduced in 1984 and replaced by the PH-3 in 2000, the PH-2 remains a popular seller on the used pedal market. The reason players opt for this model over the more elaborate PH-3 comes down to its analogue circuit, and thus its more organic tone. 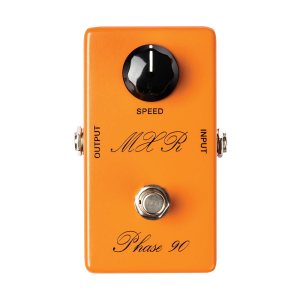 This particular Phase 90 model is a reissue of the classic ‘script era’ circuit of 1974. These pedals are known for their more mellow tones and are a good choice for players who just want the subtle warmth of a phaser and not too much else. 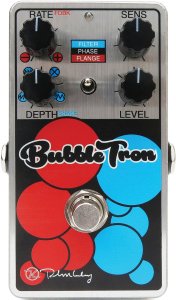 The only combination flanger-phaser on today’s list, the BubbleTron was specifically designed to honour the modulation tones achieved by Frank Zappa on his records in the 70s and 80s. This wildly versatile pedal actually includes two distinct phase circuits: a classic LFO-based phaser along with a ’dynamic phaser’ that responds particularly well to variations of pick attack.