Chord Clinic: How to play chords like Pink Floyd Part 2

We take a look at the post-Syd Barrett days of Pink Floyd in this tutorial. 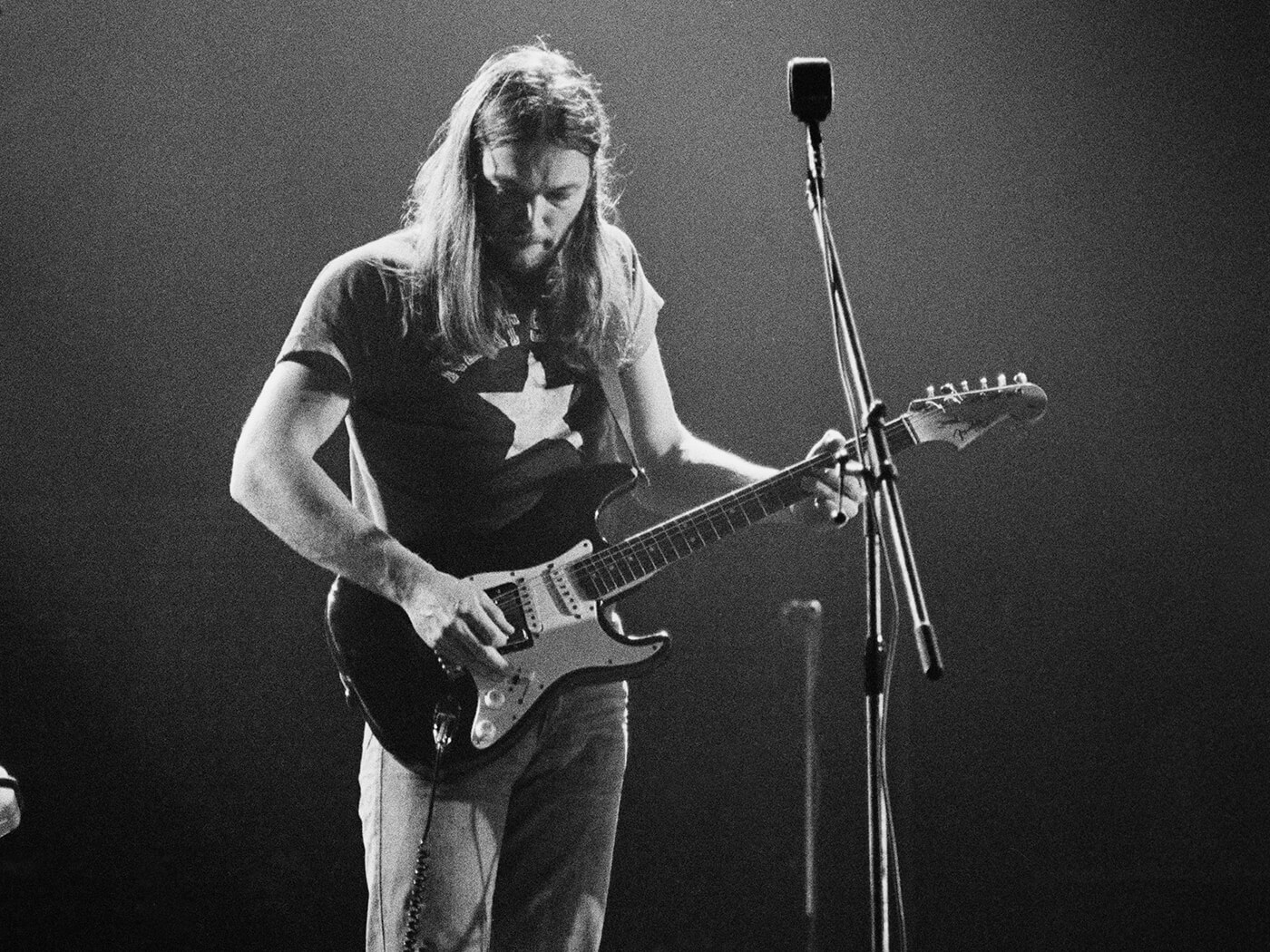 Last month, we looked at the chordal hallmarks of early-era Pink Floyd. In the post-Syd Barrett days, as the band’s music became more ambitious and experimental, the chord sequences became lengthier and more complex too –  as does this tutorial.

As we kick off in the somewhat guitar-unfriendly key of C# minor, we’re likely to be faced with more than a few barre chords. On the positive side, this gives us an opportunity to take a closer look at how barre chords work.

Strummed slowly and gently, you could think of this as a repeated four-bar sequence, with the G#sus4 and G# in the final bar. The C#m chord here avoids the barre by muting the two E strings with the tip and base of the first finger. You could also try it with a barre at the fourth fret but we like the more concise four-note version. Notice that the middle two chords are the same shape, moved down the guitar. This malleability is one of the barre chord’s greatest assets. 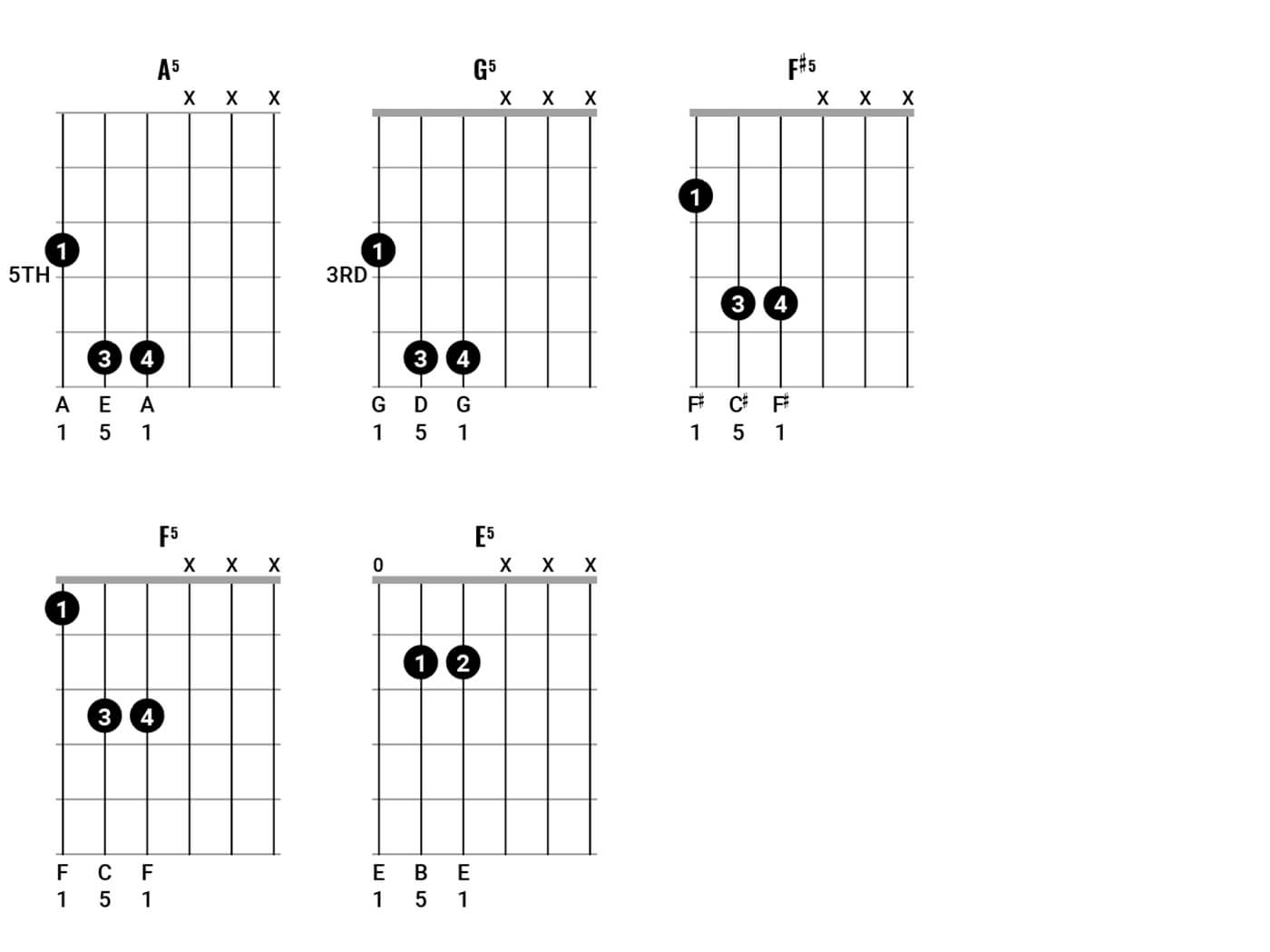 As in figure 1, the first three chords of figure 2 are given a bar each, with the G# and A chords sharing the fourth. We have deliberately re-voiced the G# major chord from the shape used in figure 1; as before, we like this concise version with the thumb-over for its clarity and punch.

You’ll notice that the C#m chord in figure 1 and the C# major chord in figure 2 are similar. This is because only one note needs to change to turn a minor into a major chord. In this case, the minor third, E, becomes the major third, E#. You might be able to spot a similar change between G#m and G# major, as B natural becomes B#.

When we reach the fourth chord in this section, we have yet another G# major voicing, this time with the first finger up at the 11th fret. Notice that the C#, G# and A chords are all based on the same shape, each chord taking its name from the note beneath the first finger on the A string. 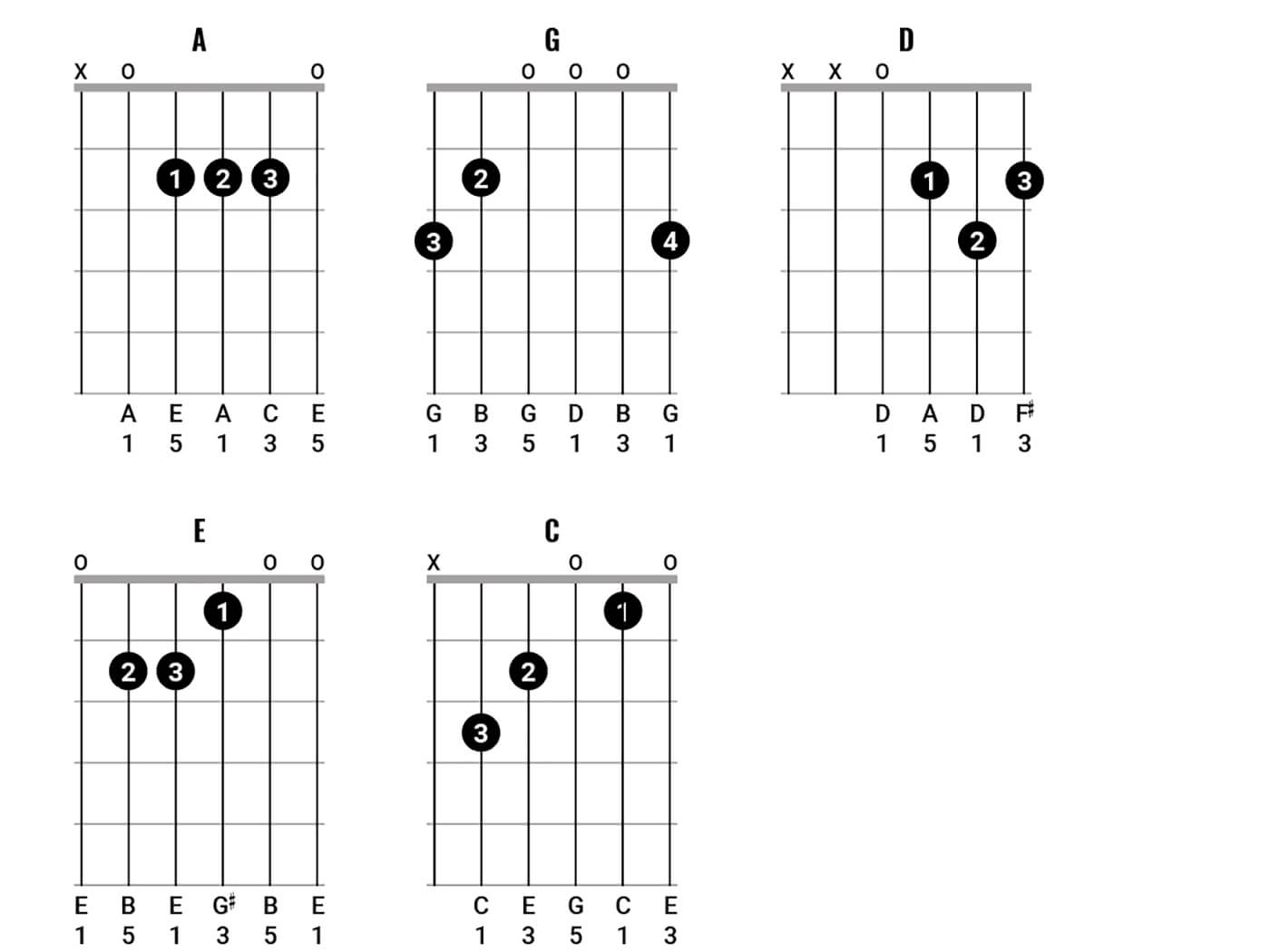 Here we have a chord sequence that would serve well as a prog-rock interlude, the kind of which so rarely seen in modern pop music. Try playing a bar each of C#m and A, followed by bar of E, and half a bar of B and C. The C major might lead back to C#m and a repeat of this section, or back to figure 1 to begin the whole song again. In theory, the most likely chord to lead to C#m is G#, as we found in figure 1. This alternative B, C, C#m sequence is therefore very distinctive.

These chords would work well if we put down the pick and tried fingerpicking too. Using your thumb, alternate between the lowest two strings of each chord, on the beat. Meanwhile, play the top note of the chord with your middle finger at the same time as the first thumb note, and then fit in the note on the B string with your index finger, between the following bass notes.

Play two bars of the first two chords, followed by two bars of the next two chords, before returning back to two bars each of D and Dsus2. The open D in the base of all but one of these chords is known as a pedal-note, and adds an interesting quality to what would otherwise be a straightforward sequence.

Most of the chords required for figure 5 can be found in the earlier examples: the four-chord sequence G, A, C, G, and then back to figure 4 via the Bm chord from figure 5 and E from figure 3, and then the A from figure 3.

Most of the chords used in this Chord Clinic are root-position examples, which are ordinary majors and minors. The clever thing Gilmour and Pink Floyd did was to assemble these chords in stimulating and unusual ways, making use of key changes, pedal notes and unexpected cadences, thus creating the band’s unique sound. 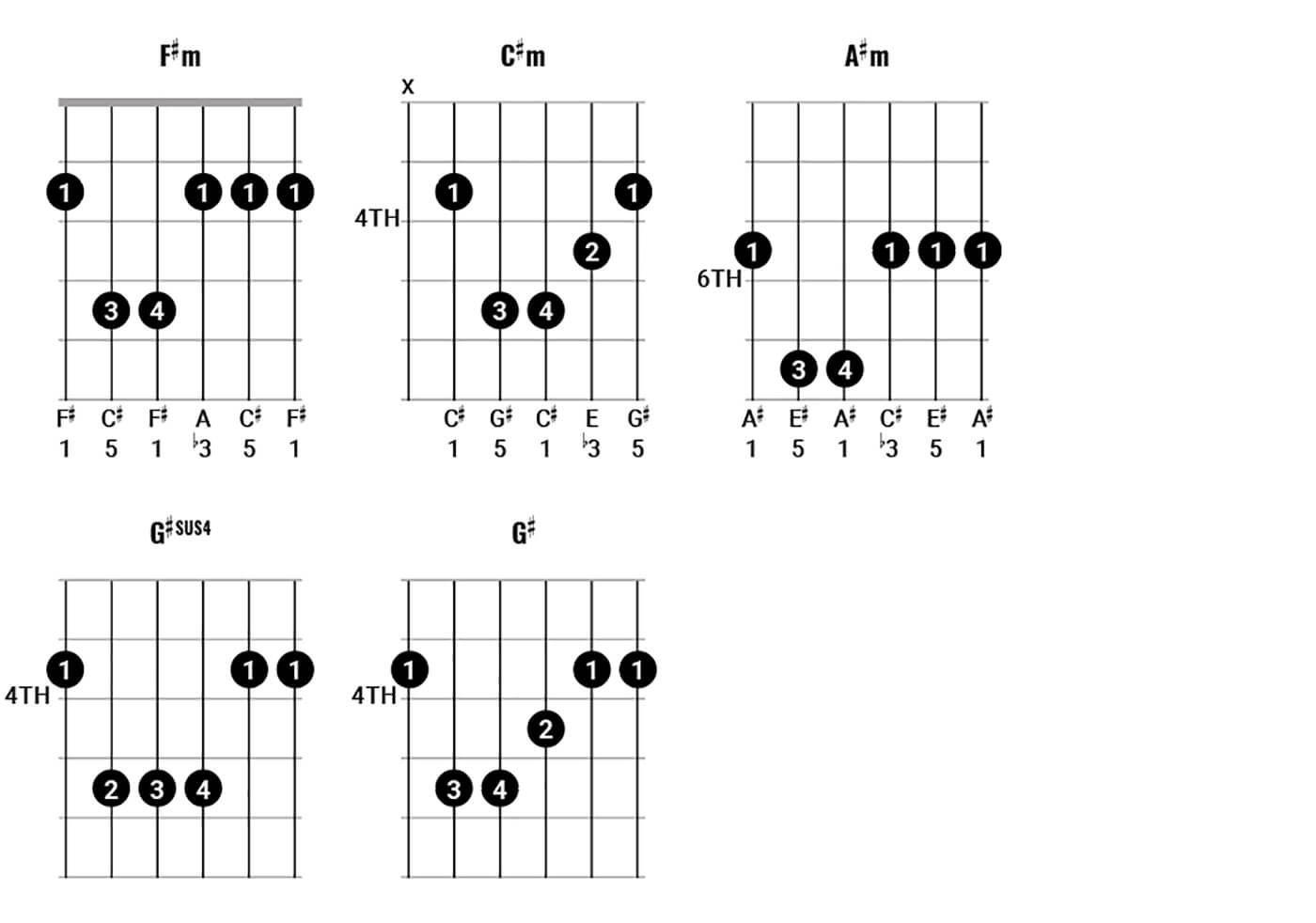