Learn to play guitar like Chuck Berry in five minutes

It don’t take but a few minutes to master the techniques that have formed the bedrock of rock ’n’ roll guitar for almost seven decades.

It’s no overstatement to say that without Charles Edward Anderson Berry, rock ’n’ roll guitar as we know it would not exist today and popular music in the second half of the 20th century would have been very different indeed. Sure, he borrowed licks and stage moves from rhythm and blues innovators such as T-Bone Walker, but through such timeless songs as Roll Over Beethoven, Maybellene and Johnny B Goode, Chuck Berry established a vocabulary for rock ’n’ roll that would course through the veins of every high-octane guitarist who followed in his wake.

We don’t have the space here to teach you how to duckwalk like Chuck himself but we can show you the basic electric guitar techniques that made him a star, inspiring everyone from The Beatles and The Rolling Stones to Marty McFly… 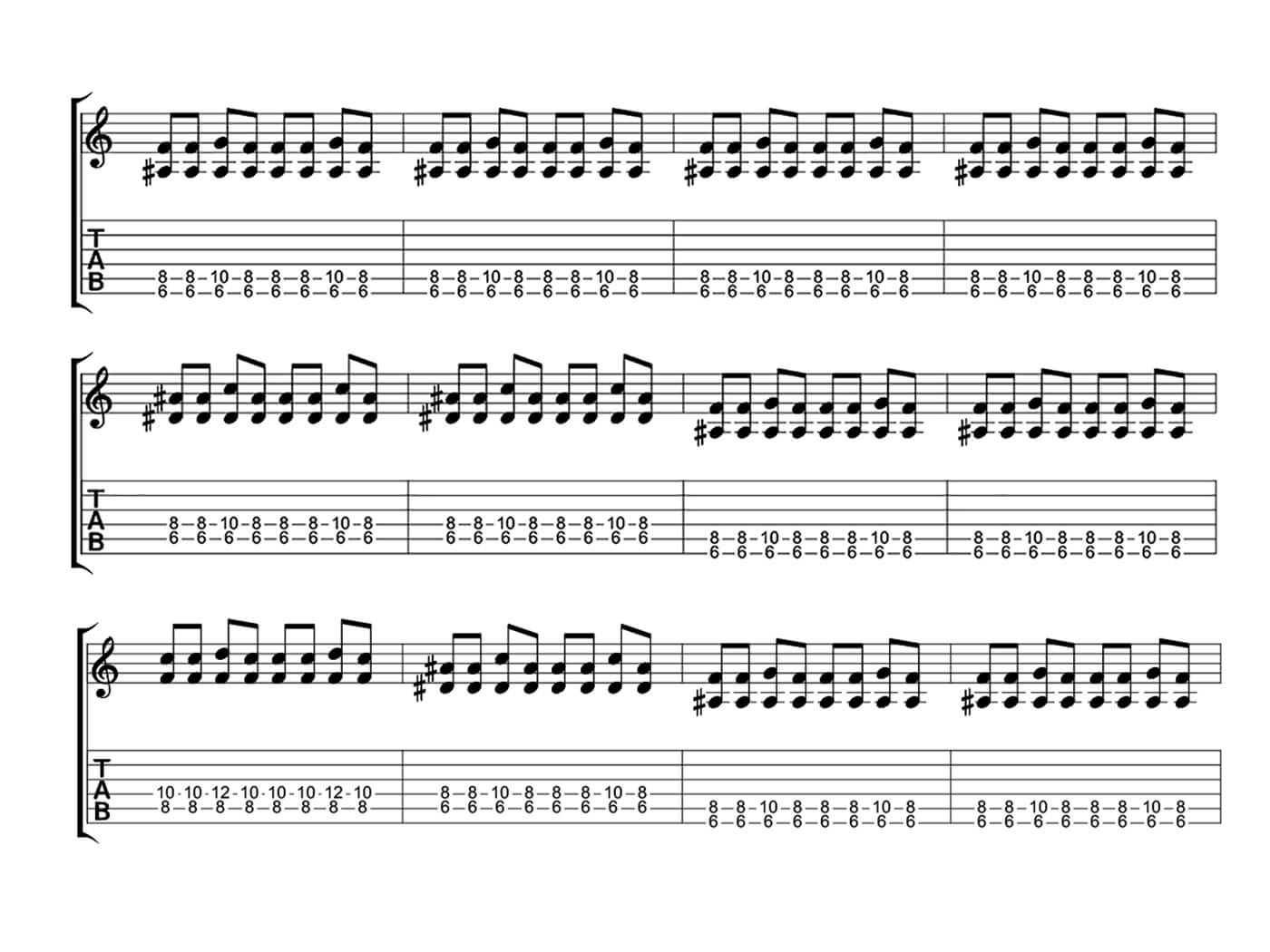 Chuck Berry kept his rhythm playing mostly in the 12-bar blues format. So what makes his playing special? Speed. To capture that authentic Chuck-style blues shuffle, downpick throughout this progression – and hit it hard.

An huge component of Chuck Berry’s lead guitar style was his use of doublestops. This lick is derived from the B♭ major pentatonic and uses a series of doublestops on the B and high E strings, with rhythmically placed slides.

This lick uses more doublestops but this time alongside some choppy, staccato-style string bends. This lick should look fairly familiar to AC/DC fans – Angus Young regularly employs this type of bend in homage to Chuck’s style. You could view this as B♭ minor pentatonic, with a brief shift to the major at the end by playing the seventh fret on the G (the major third).

If an idea worked, Chuck didn’t shy away from reusing it. This motif is based loosely on the sliding doublestop lick in the example above, and uses the same phrase in two different lengths. This is predominantly B♭ minor but that major third is present in each repeat.

Leigh Fuge is a guitar teacher and professional musician from Swansea in the UK. He has taught hundreds of students face to face and via the musicteacher.com platform. He has over 10 years’ experience working in the industry as a touring musician, session guitarist and teacher. Musicteacher.com has a network of teachers based all around the UK. Check out the website today and find your local tutor.