Introducing a few new progressions with descending basslines that will bring a Motown feel to your chord sequences. 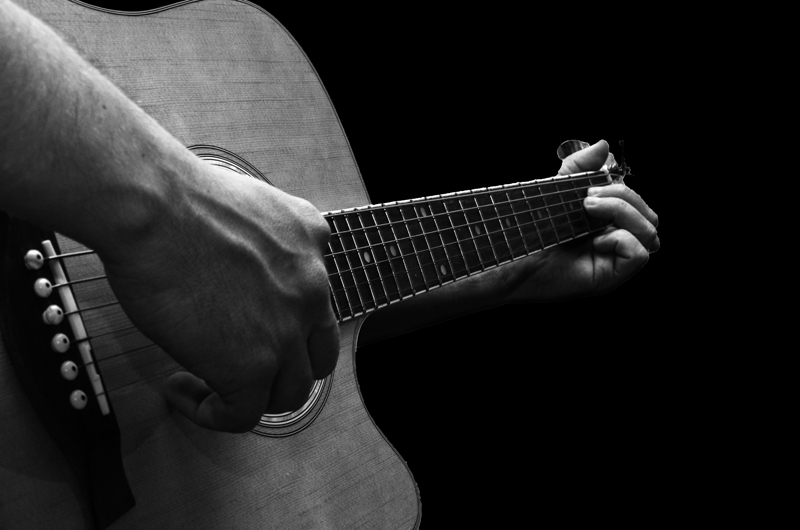 The photo depicts a young man playing a guitar

This lesson, Chord Clinic carries on from last issue’s introduction to slash chords. Slash chords have a note other than the root note in the bass. They are notated using a forward slash followed by the specified bass note. Try playing these examples by picking out the bass note first and then strumming the other notes of the chord, or put the pick down and play them fingerstyle, with your thumb on the bass note followed by an arpeggio on the upper strings.

Figure 1 introduces Em/B, which means an E minor chord with B in the bass – we call it ‘E minor with B’. Since B is the fifth of the E minor chord, this is known as a second inversion. The other chords in figure 1 are a four-note F major chord, followed by ‘F with E’ and ‘F with D’. Technically speaking,  F/E is Fmaj7 in third inversion and F/D is F6 in third inversion. F/D is also the same as Dm7, but slash chords are used because they reveal the underlying movement in this stepwise descending bassline.

To make sense of this progression, you have to start on C major, followed by a bar of Em/B, and then play two chords per bar – F, F/E, F/D and G. I’m assuming you can figure out your own C and G chords. Simplified, this chord sequence is just C, Em, F and G, and as such it has been used extensively in many kinds of music. I came across this sequence when listening to some Motown, and the slash chord bassline is an arrangement of these chords together with the sort of intelligent bassline that players such as James Jamerson came up with in the studio. Em/B works well as a passing chord between C and A minor, and in this case leads your ear to expect a bassline that moves by step to A, so that the F chord comes as something of a surprise.

Moving on, C, Em/B, Am, G is a fairly common chord sequence. Figure 2 includes a tidy four-note E minor chord, which would allow you to divide up the E minor bar so that you have two beats of Em and two beats of Em/B. If you capo the third fret, you can play a similar sequence to Coldplay’s Fix You.

Now let’s mess around with this chord progression a little. The C/E chord allows you to experiment with getting rid of the E minor chord altogether – and you can also switch back to the Motown progression by putting in the descending bassline on the F major chord from figure 1, ending on G as before. The C/E chord seems to lead nicely to the F major. Next, try substituting the Dm and Dm/F chords for F and F/E and then head straight to G. Slash chords can add colour, direction and occasionally surprise to the simplest chord sequences. They might not suit every style of music, but if you are a songwriter they are great for taking ordinary sequences and turning them into interesting and usable song sections. 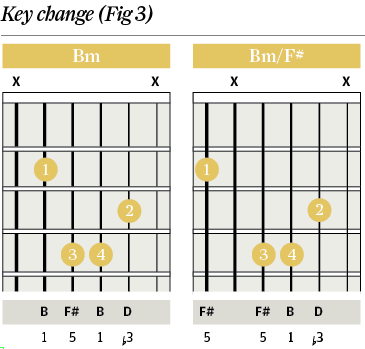 Let’s try exploring some new keys, starting with G major. Beginning on G, our Coldplay-inspired sequence would go to Bm and Bm/F# (figure 3). Use the tip and underneath of your index finger to mute the unwanted strings. From there on, the descending Motown bassline from C to C/B and C/A, ending on D, was covered in last month’s instalment. Maybe we need a harder key!

In figure 4 (over the page), the key is A major, and the Motown sequence begins on A and goes straight to C#m/G# with its bass note on the fourth fret. Then comes the descending bassline from D to D/C# and D/B. End on E, and repeat round and round, smiling broadly at the realisation that slash chords really do make a difference. Again, just as an experiment, try using the A/C# instead of C#m/G#. Interesting? 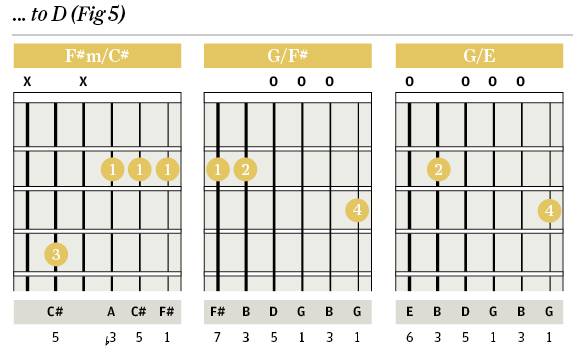 Next up is the key of D major (figure 5), so after D would come F#m/C#, and then G, G/F#, G/E before we arrive on A ready to go round again. The low voicing of G/F# can sound murky, so pick the bass note cleanly and then strum the sparkly notes at the top of the chord. Avoid picking the B on the fifth string so the chord is not too dense in the bass. 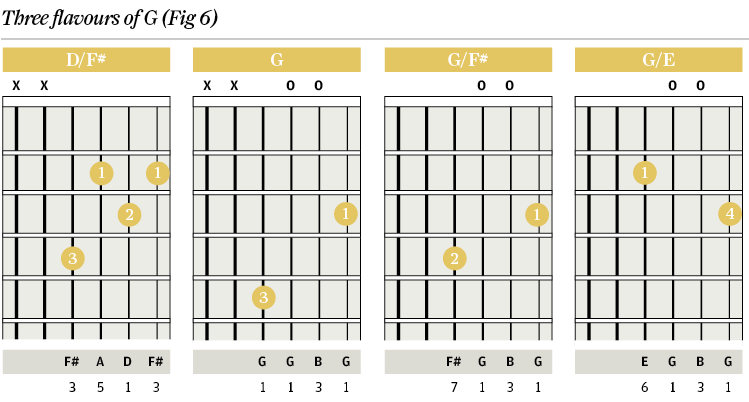 Figure 6 gives you the option to use D/F# instead of F#m/C#, and includes some unusual high voicings of G major with a bassline moving down the D string. End on an A chord and around you go again. These slash chord sequences make This Old Heart of Mine feel pretty good.