How chords color their progressions, and four iconic examples from pop music. 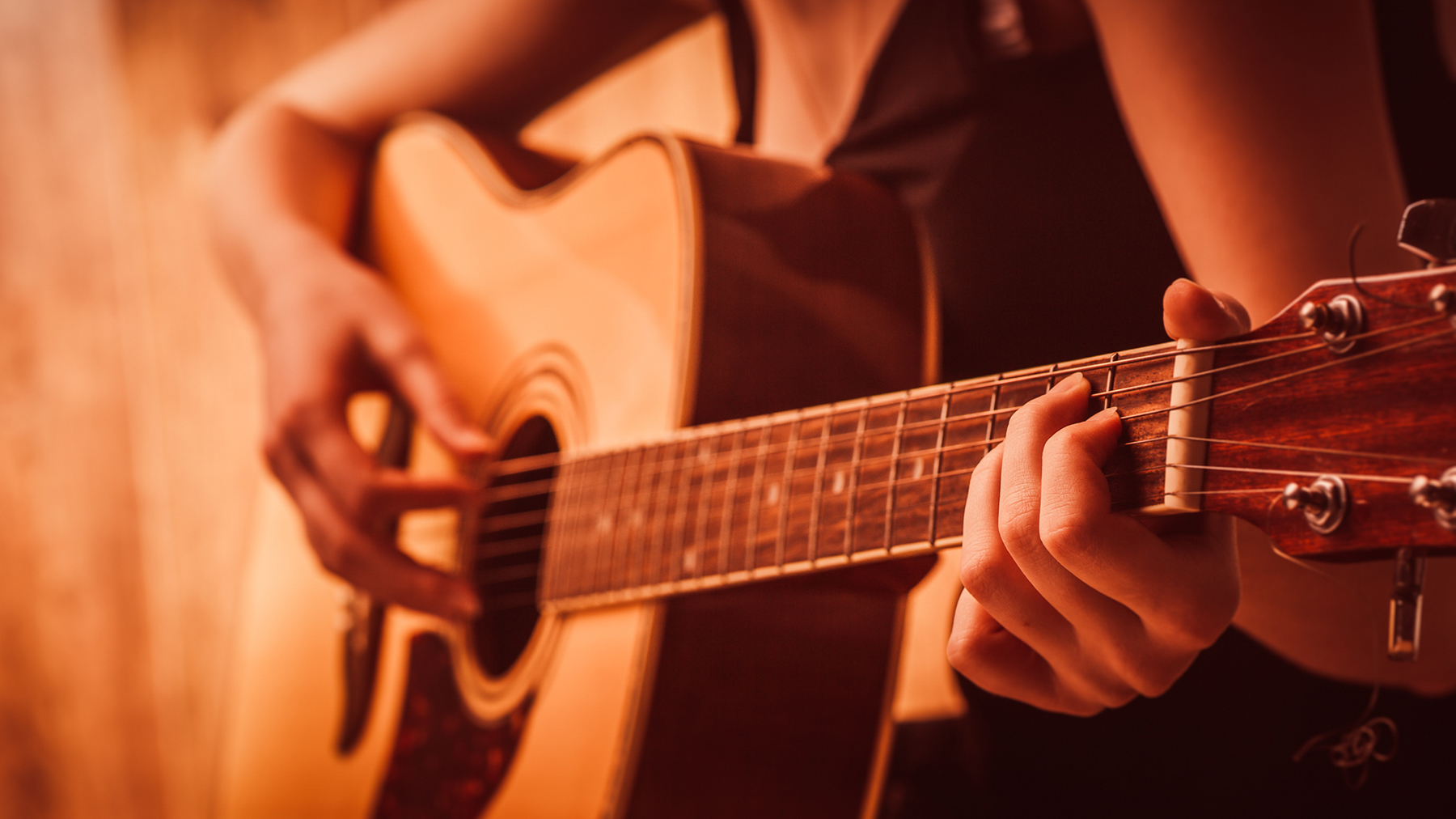 Stringing chords together is like playing matchmaker. Some chords are made for each other, some are mortal enemies, and some take a bit of coaxing to get on. Add the fact that there are millions of chords and you’ll find it’s way tougher than swiping right or left.

We’ve already gone through the iconic I-IV-V progression, but that’s just the tip of the iceberg. By the end of this lesson, you’ll be able to:

We’ve said major chords tend to be ‘happy’ while minor chords are more ‘melancholic.’ That’s a simplification, of course. The flavors of chords should be looked at in relation to the root chord of the key you’re playing in.

It happens that no matter the key you’re playing a progression in, the first (I), fourth (IV) and fifth (V) chords will always be major. The second (II), third (III) and sixth (VI) chords will always be minor. We won’t go into the details, but it’s sufficient to know that there are always three major and three minor chords in every key.

And when you play two or more chords in succession, each chord takes on a different voice in relation to the key. Here’s a simple reference chart of their respective nuances:

While the I, IV and V chords are all major, the I chord has a distinctly positive vibe. The IV chord, however, sounds ‘dreamier,’ while the V chord has a tonality best described as ‘dominant.’ As for the minor II, III and VI chords, most would agree that II sounds the ‘darkest,’ while III and VI are both distinctly melancholic in their own unique ways.

Try them out in different keys and you’ll hear what we mean.

Let’s take a look at three basic chord movements commonly used in modern music: I-ii, I-iii and I-vi. In the key of C, the ii, iii and vi chords are, respectively, D minor, E minor and A minor.

This progression starts with the C major and then ascends to D minor. Notice that this progression ends without a resolution—you’ll feel like you should add another chord to ‘complete’ it. This is why the D minor chord is commonly used as a ‘passing chord’; it lacks a strong tonality that can ‘tie up’ a progression.

Swapping the D minor with an E minor produces a ‘dark’ vibe, which is commonly used, to borrow Leonard Cohen’s term, as a “minor fall.” Yes, all the times you cried to Simple Plan—it was probably the E minor at work.

The sixth chord, or A minor (in the key of C major), also channels melancholic vibes. What differs is that it lacks the ‘darkness’ found in the previous one, and can be used to create more of an ‘endearing’ feel.

There are 26 letters in the English alphabet, about 220,000 words in the Oxford English Dictionary, and millions and millions of written material ever published. Similarly with music, there are just a dozen notes but an uncountable number of songs ever written.

Which is why it’s helpful to look at songs in terms of their chord progressions. Two comic books, for instance, may share the same type of hero. Yet Superman and Captain America are rather different—even though they’re fundamentally equivalent. And, in music, while Jason Mraz’s “I’m Yours” and The Beatles’ “Let it Be” are different tunes, they have similar chord progressions.

These are the four most common chord progressions:

In the key of C, this progression would be: C major, A minor, F major and G major. Try it out with different strumming patterns and in various tempos. Sound familiar?

Songs that use this progression include “All I Have to Do is Dream” by The Everly Brothers, “I will Always Love You” by Whitney Houston, and “Every Breath You Take” by The Police.

Just by shifting the sequence of chords, you’ll end up with quite a different feel. End the progression on the IV, and it’ll lend a ‘dreamy’ vibe to the composition. You’ll hear this progression in tunes such as Mraz’s “I’m Yours,” The Beatles’ “Let it Be,” Bob Marley’s “No Woman No Cry,” and Journey’s “Don’t Stop Believing,” just to name a few.

Try it out in the key of C, then compare it to the previous progression.

This is an ascending progression that begins with the root chord and goes to the next three chords of the scale. In the key of C, the chords are: C major, D minor, E minor and F major.

The sense of ‘ascension’ is distinct, and hence this progression can be for transiting from one mood to another. Songs that feature it include “If I Ain’t Got You” by Alicia Keys and “Love is All Around” by Wet Wet Wet.

And guess what: You don’t even need to play the root chord to be in the key. A vi-ii-iii progression in the key of C, for instance, is an A minor, D minor and E minor.

This progression deploys all three minor chords of the major scale, so it’s no surprise that you’d get a melancholic vibe from this progression. Bill Withers’ “Ain’t No Sunshine” is a great example of a song built around these three chords.

We’ve only shown you the chords in the key of C. So as an exercise, try transposing these four progressions into another key—you’ll find that although the notes are completely different, the emotional resonance remains the same.