By understanding the patterns behind this common chord progression, you can play them in other keys, or create your very own ones. 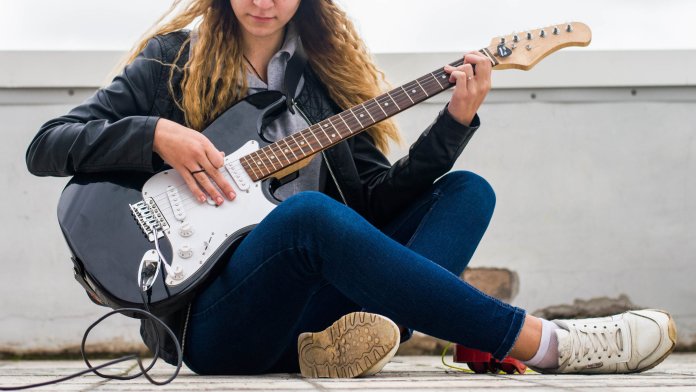 Ever noticed how BB King’s “The Thrill is Gone” and “Rock Me, Baby” have a similar mood and feel? That’s because those songs are grounded upon the same basic chord progression. Chord progressions form the backbone of most tunes, and if you’re planning to write your own music, it’s where you should begin.

After reading this article, you’ll be able to:

A chord progression is a succession of musical chords. It forms the foundation for harmony and establishes a tonality or the ‘general mood’ of a song—and, yes, it’s also based on scales.

These progressions are typically indicated by a series of Roman numerals, which themselves point to the notes of a major scale. For instance, the “III” and “V” chords in the key of C major refer to chords whose root notes are the scale’s major third and perfect fifth, respectively: an E and a G major chord. And if those Roman numerals are lowercased—“iii” and “iv”—then you’ll want to play an E minor and G minor.

Let’s take a look at an example: a I-V progression in the key of G. By looking at Figures 5 and 6, you should be able to tell that a I-V progression consists of two chords, built upon the root note and the perfect fifth, respectively. In other words, this I-V indicates that the progression starts with a G major chord followed by a D major chord.

Listen to Jimi Hendrix’s “Red House,” and you’ll notice something interesting beneath the screaming solos and hoarse vocals: the I-IV-V progression. That’s what gives the blues its trademark sound.

How does this progression look like on the guitar? Here’s a fretboard with all the notes of the C major scale, but with the letters swapped out for their positions within the scale:

You should be able to figure yourself out how to play the I-IV-V with power and major chords. So here’s something a little trickier: the same progression with seventh chords.

We’ll start with minor seventh chords. With the key of the song in G, the progression will be: G minor 7, C minor 7, and D minor 7. You’ll hear the tone of the progression change from neutral to melancholic. 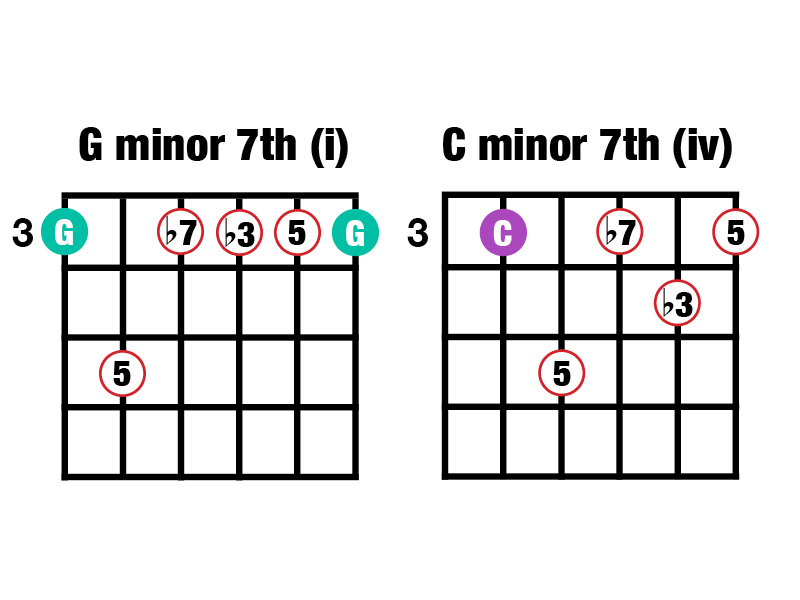 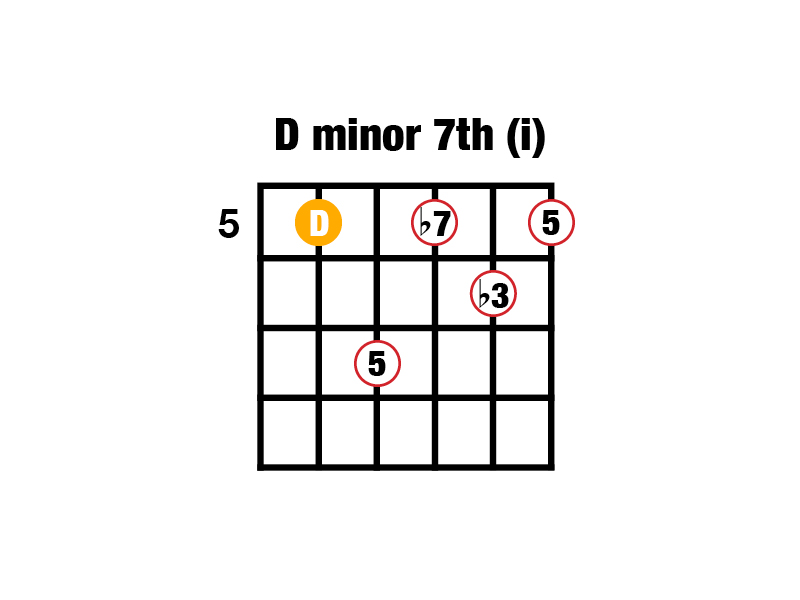 What if we swapped the G minor 7 for its major sibling? No, it’s not as simple as turning everything into a major. The progression would actually be: G major 7, C major 7 and D7. Notice that the last chord is a dominant seventh, unlike the other two. 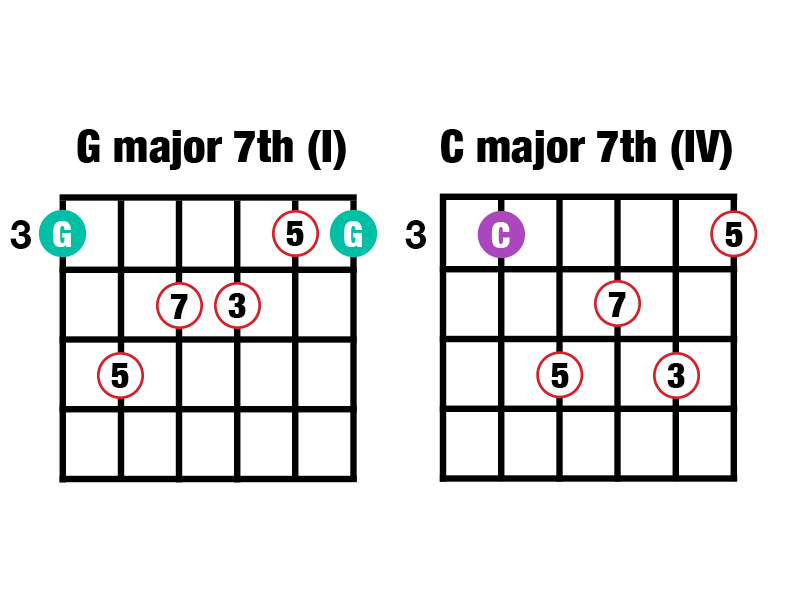 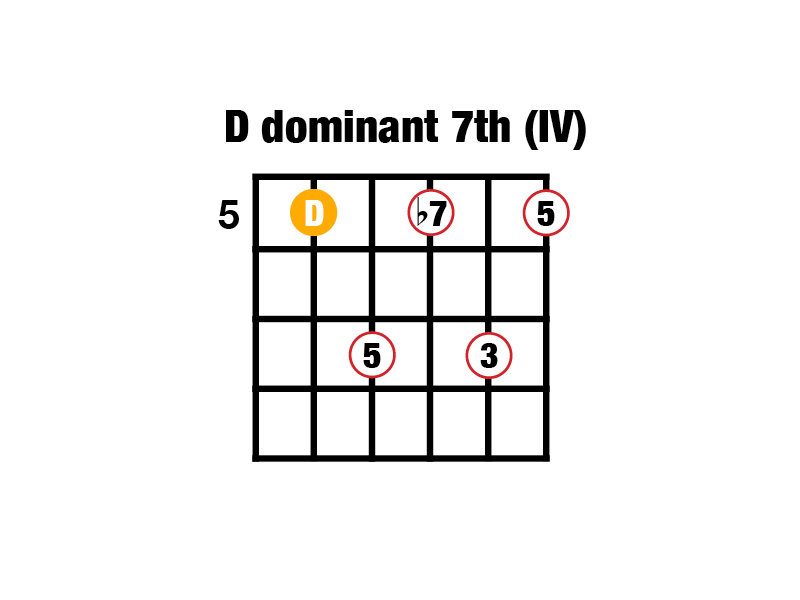 The reason? The seventh note of a D major 7 chord—a C♯—does not fall into the key of G. D7, on the other hand, has a C instead of a C♯, and hence will not create tonal clashes.

Try this progression out with different strumming patterns. You’ll find the D7 ‘hangs’ a little, then resolves once you return to the G major 7.

With this knowledge, it should become clear that while chords, progressions, keys and scales are all related, it’s the latter that forms the foundation for everything else.