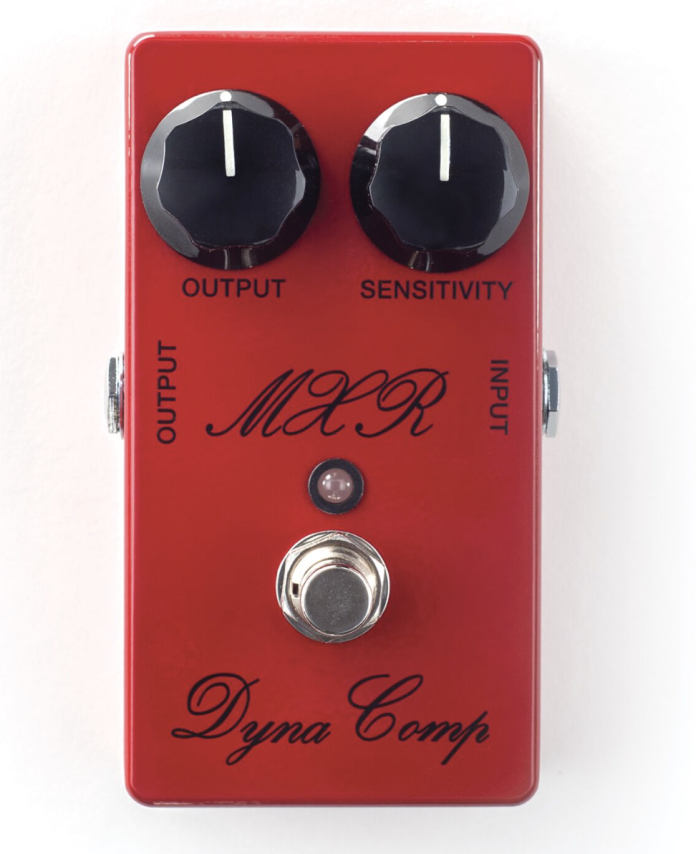 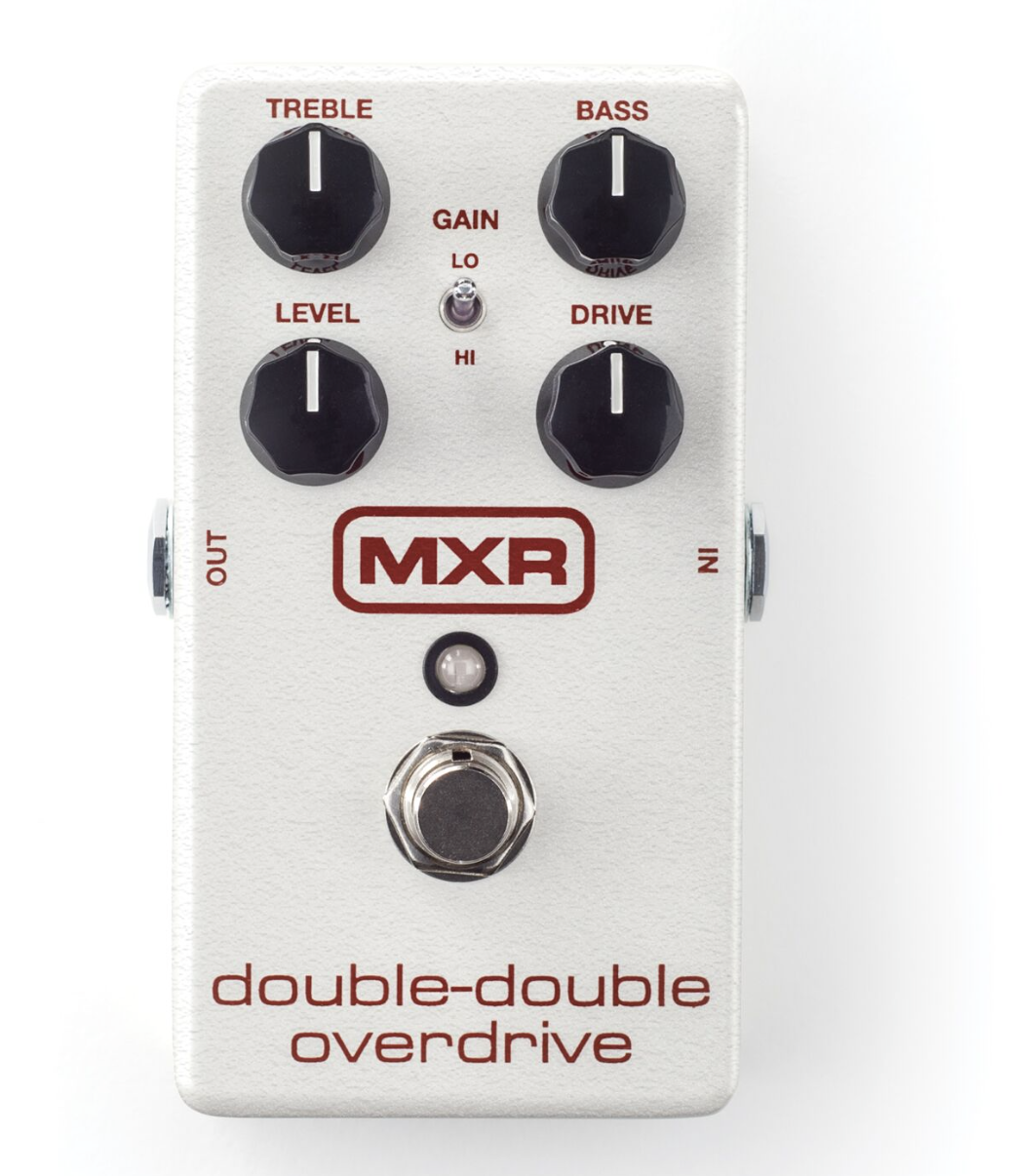 The MXR Double-Double Overdrive serves up two classic overdrives in a single housing. Changing between the two is as simple as a flick of the Lo/Hi switch: the Low Gain circuit belts out rich, fiery midrange tones while the High Gain circuit kicks up the gain and emphasizes highs and lows.

Use the Treble and Bass controls to season your overdriven sound, and then crank the Level and Drive controls to turn the heat up to your liking. The MXR Double-Double Overdrive comes in a road-ready housing with true bypass switching. 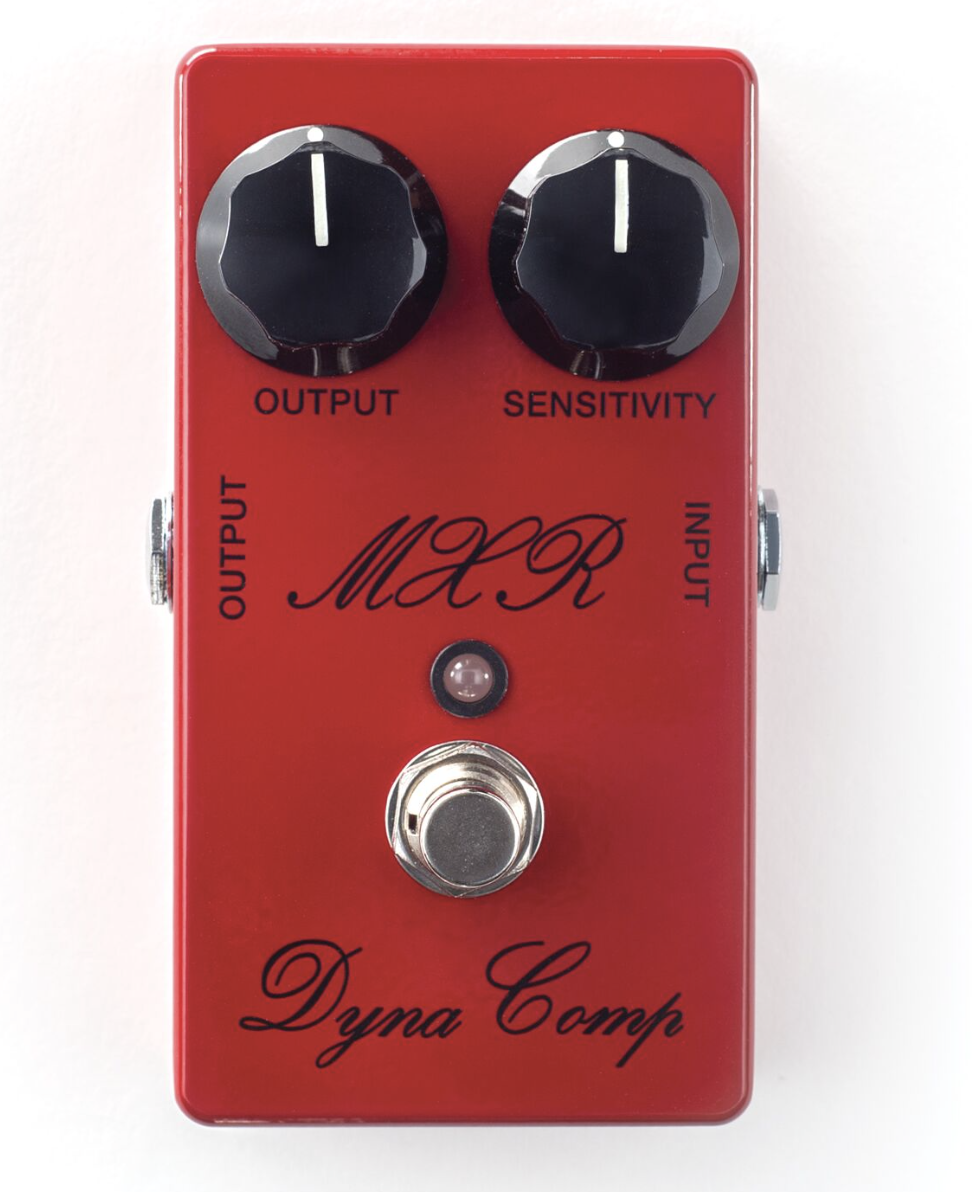 The Dyna Comp Compressor is famous for its first-rate, no-nonsense approach to tightening up your guitar signal and creating rich, full-bodied sustain. Like the Phase 90, this little red gem is a legend among its kind. The pedals produced in the mid-’70s are particularly prized for their unique sound and performance.

The Script Dyna Comp Compressor combines that old school sound with a couple upgrades for modern gigging convenience. Spec’d from our own 1976 Dyna Comp Compressor, this pedal is built around the rare CA3080 “metal can” integrated circuit (IC), which yields quieter operation, greater transparency, and increased dynamic range.

Thanks to its bypass status LED and AC power jack, you can put this pedal right on your board without worrying about whether the pedal is on or about to lose power. 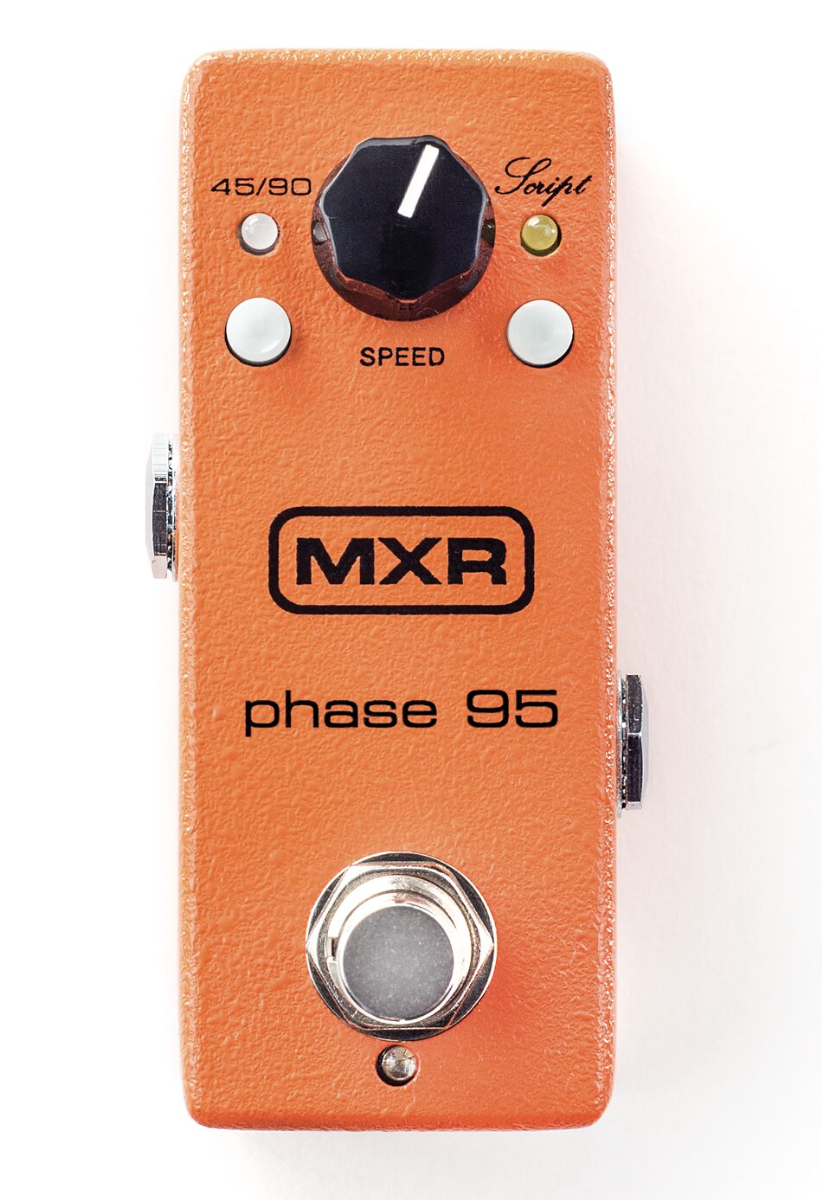 The Phase 95 is set to modern style phasing by default, which relies on feedback to create light harmonic distortion and gives the effect a more accentuated swoosh. Engaging the Script switch removes feedback for a lusher, more subdued sound with higher headroom and greater clarity. The familiar Speed control sets the rate of the effect. 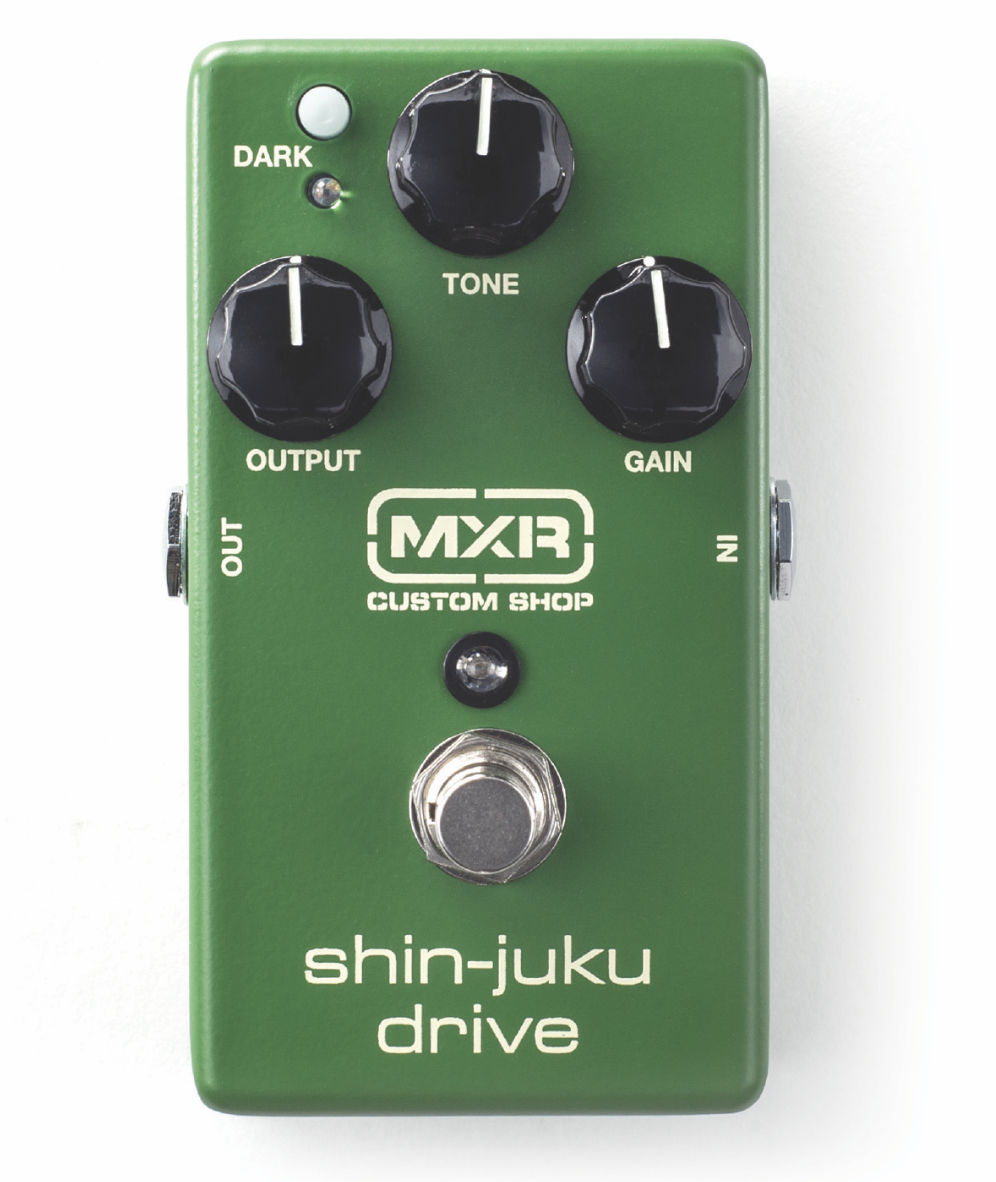 The Shin-Juku Drive delivers legendary boutique amp tones right from your pedalboard. The MXR Custom Shop design team worked with Shin Suzuki, Japan’s most celebrated amp tech and pedal designer, to capture the sound of one of the rarest and most sought-after amps ever made. Shin used his intimate knowledge of said amplifier to create a pedal that provides smooth, wide open overdrive with tons of sustain and incredibly fast response time to every playing detail.

The Shin-Juku Drive’s simple three-knob interface allows you to call up a wide range of sounds, from an organic boost to full on grinding overdrive.

At lower gain settings, this pedal works amazingly as an “always on” tonal sweetener. Pushing the Dark switch cuts high frequencies for a darker, mellower sound. The Shin-Juku Drive features true bypass switching and comes in a sturdy housing that’s ready for a lifetime on the road.

For more info and to pre-order check out Westsidedistribution.com