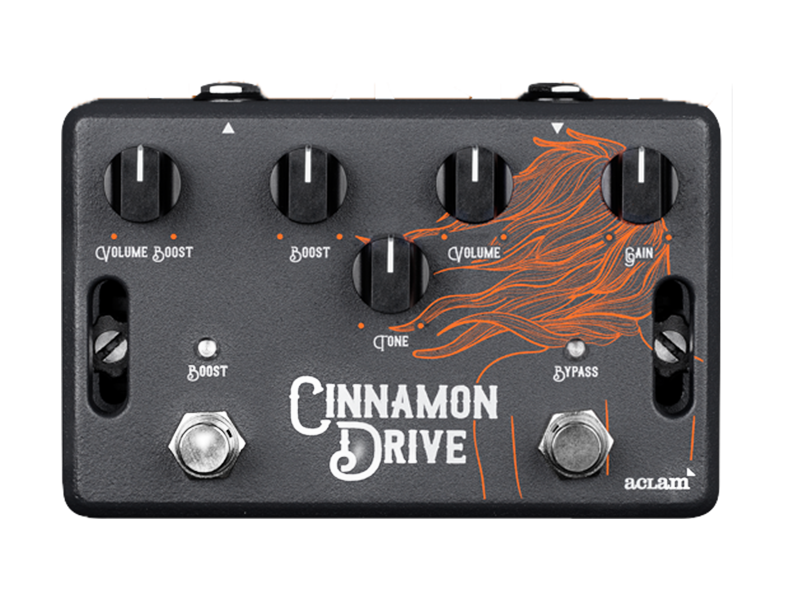 Barcelona-based company Aclam has just announced its first-ever pedal, and if old-school rock is your jam, this one’s for you. The Cinnamon Drive mimics overdriven tube amp tones from the ’60s and ’70s—just like the Neil Young track after which it’s possibly named.

The overdrive pedal has two stages: the main section features a soft-clipping circuit for open, responsive and natural OD tones, while the boost section has a hard-clipping circuit. The main stage has three controls to work with: “Volume,” “Gain” and “Tone.” They’re fairly self-explanatory, and depending on how you interact with the three, can go from a clean-ish preamp to the crunch and spank of The Kinks.

The boost stage, on the other hand, only has two knobs: “Boost” and “Volume Boost.” The former governs the gain while the latter manages overall output levels. Stack both stages, crank up the “Boost” and “Gain” knobs, and you’ll achieve fuzzy, saturated tones à la Hendrix and Page.

The Cinnamon Drive is also built to fit seamlessly into Aclam’s Smart Track pedalboard system, with two screws at the side for convenient mounting.

Check out the stompbox in action:

For more info, check out aclamguitars.cat.